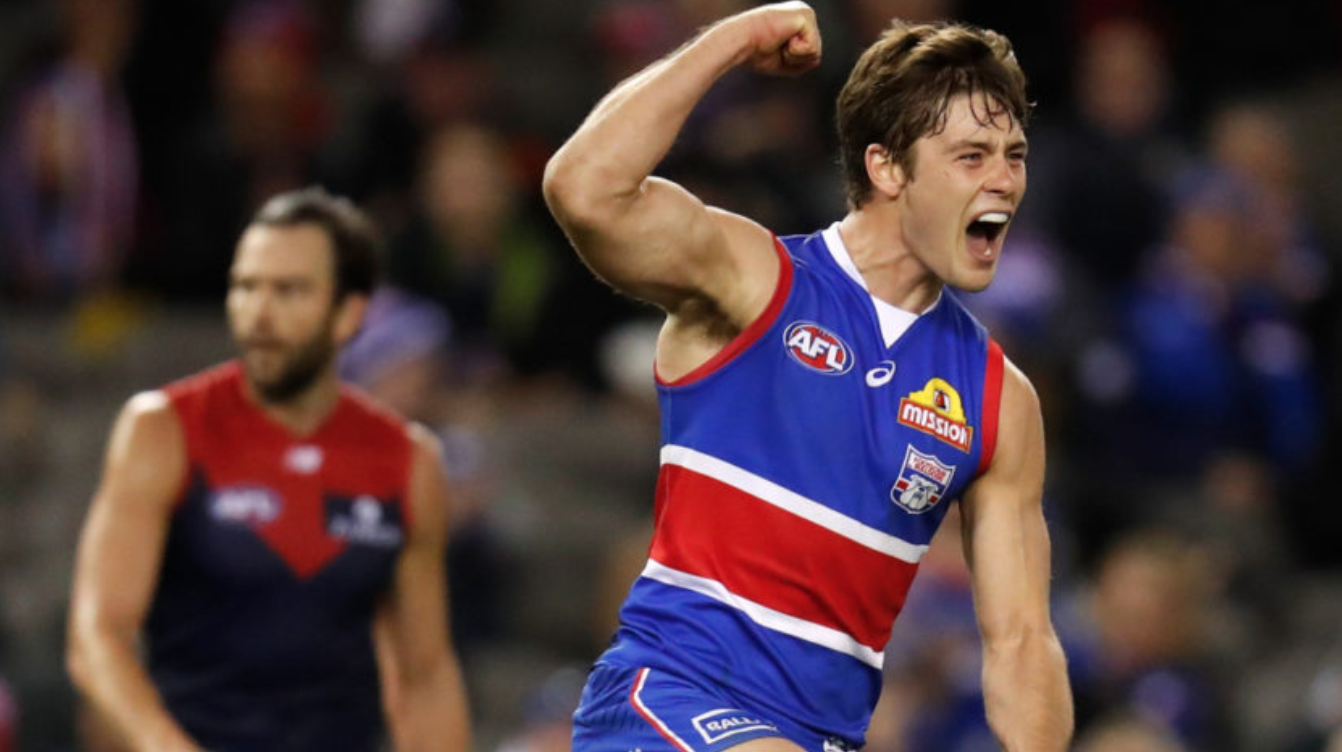 The final Sunday of the season, which means the final 3 game slate for the season. If you enjoy playing multi game slates then take advantage as they are all but over after this day. The major DFS contests continue to be on offer across the platforms:

While Richmond have given up the most fantasy points of any team on this slate this season I would ignore that trend line now we are at the business end of the season. The Tigers have given up just 1,501 fantasy points per game over the last five rounds, which is the 4th lowest mark in the league during that time. Adelaide stand out as the team to target on this slate giving up the 4th most points in the league for the season and the third most over the past 5 weeks.

Adelaide and Richmond stand out as the two teams to target via the backline on this slate. Both sides have conceded the equal second most points to the top three scoring defenders this year at 89 points per game. In the Tigers case they have continued to give up points to backs over the last five rounds, despite being stingy across all other positions. Possession football across the half back often becomes the only play available as the Tigers structure sets up with an extra man behind the ball.

Adelaide are again the obvious target through the midfield, giving up the fourth most points to the top three scoring midfielders at 110 points per game. Interestingly Richmond and Brisbane also give up 109 points per game and are facing each other on this slate.

Tim English is back in for the Bulldogs this week and will face big Sam Jacobs who has recaptured the sole ruck role for the Crows. English and the Bulldogs have given up 99 points per game to opposing number 1 rucks this year, which is the most in the league. The other avenue to consider is targeting Fremantle who have put both Sandilands and Darcy on ice for the last round of the year and will play Scott Jones as the number one ruck.

Scott Jones (MB $3,500, DS $7,120) is set to play his first game for the season, and just the 6th AFL game of his career. Jones look set to lead the ruck division for the Dockers in this game, with Dixon providing chop out while playing forward. This will be just the second time Jones has ever been the number one ruck at AFL level, with the last time managing 17 hit outs and 54 fantasy points against Essendon and Tom Bellchambers. This is a harder matchup against the two headed monster of Lycett and Ryder, however at the bare minimum price on Moneyball he should still manage to return value.

Trent Mckenzie (MB $4,100, DS $5,000) will line up for his second game in two years for the Power this weekend. I expect him to be close to the highest owned value play on this slate, particularly on Draftstars.. Historically his numbers look good for his price, averaging 70+ in four seasons, and just one season (7 games) where he averaged under 50 fantasy points. The only major concern is the fact that Mckenzie averaged these playing a rebounding half back. He has played this role at the SANFL level averaging 80 fantasy points per game, however based on the changes Port made there is a chance he plays up forward in this matchup. That said, it is a dead rubber to close out the year so there should be plenty of easy ball and Mckenzie has shown in the past he can find it.

Rhylee West (MB $3,500, DS $5,100) has absolutely dominant in the VFL in recent weeks with a 29 disposal, 7 tackles and 4 goals against Essendon two weeks ago, followed up by a 22 disposal, 10 tackles and 2 goal game last week against North Melbourne. In his only game at AFL level this season he managed 53 fantasy points, which is enough to return GPP winning value at his minimum price range. He is unlikely to get a great deal of midfield time again replacing Dickson in the lineup, but as noted above he draws one of the top matchups in the league and is still in play at his price point on both platforms.

Dan Houston (MB $7,700, DS $12,210) has still yet to see a dramatic price change despite now being one of the main stays in the midfield for Port Adelaide. He had the most center bounce attendances last round of any non ruckman at 22 and since this role change has notched up an average of 106 fantasy points per game (last four rounds).

Shane Edwards (MB $6,900, DS $12,130) … just in case you haven’t been paying attention Edwards has been the latest player to move into a significant midfield role for the Tigers this year. Over the last three games he has averaged 20 center bounce attendances and this has resulted in an average of 102 fantasy points per game. He is under priced for this level of output and while there is a slight risk his role diminishes this week with the return of Trent Cotchin he is still worth serious consideration.

Sam Jacobs (MB $6,800, DS $10,420) is the set and forget ruck play this round. Jacobs career is winding down, however he is still capable of solid return for his price as he showed with a 95 point game against West Coast. He will be sole rucking with O’Brien being dropped and has the top matchup in the league against Tim English who has conceded the most hit outs in the league this season at over 49 per game.

Josh Dunkley (MB $10,900, DS $17,350) has emerged as the league's biggest fantasy pig this season. After a slow start where he was playing a forward role, he has since posted a ridiculous 13 of 15 scores at 113 points or better after moving into the midfield. He has the best matchup on the slate against the Adelaide Crows who, as noted above, have given up 110 points per game to the oppositions top three scoring midfielders this season. It is also worth mentioning that his running partner Lachie Hunter (MB $9,000, DS $12,880) is also a top play at his price on Draftstars. 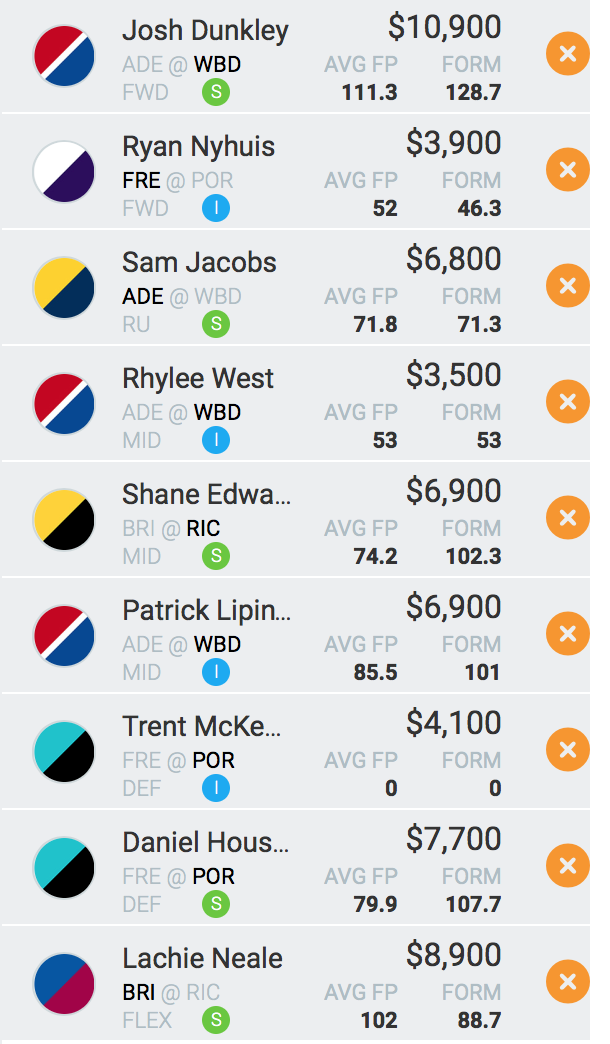