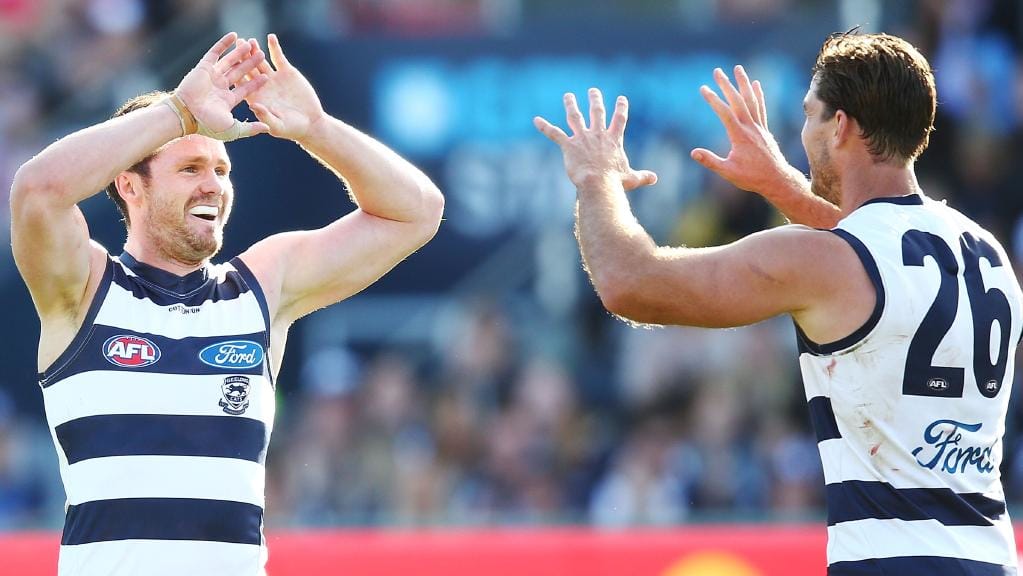 The huge annual Easter Monday clash between Hawthorn and Geelong has some huge major daily fantasy contests on offer including:

The AFL Resources page is great for those who like to source their own data, but for the purpose of this article we’ll be highlighting a few key players you might want to include in your team, as well as our very own DFR line-up that we’ll be entering in the major tournaments on Monday. Now, let’s get stuck into it!

What do the stats say?

The graphic below displays the average fantasy points conceded by each team this season. As you can see the Hawks find themselves as one of the leakier sides in the competition by giving up the fourth most points, while the Cats are a mid-tier team in that respect. If you expect this trend to continue, then you may want to pick an extra couple of Cats in your Monday line-ups.

After further investigation, we’ve found that the bulk of the Hawks points against comes from opposition midfielders having big games. You will see in the graphic below that they rank equal first with the Suns for conceding points to the oppositions top three midfielders. Taking this knowledge on board you might want to think about including a couple of Cats bigger name midfielders that could take advantage of the leaky Hawks onballers.

On the other hand, an area Hawthorn excel in is containing opposition rucks. In fact, they rank fifth last in the league for conceding points to the oppositions #1 ruck choice, which gives you a little more to think about when deciding where you’ll splash the bulk of your salary.

Although he hasn’t exactly set the fantasy world on fire, Tom Atkins remains a great value pick on Easter Monday. He averages 50 points but is coming off his best game of his short career by notching up 70 points against GWS last weekend. Atkins is a mature age recruit so should be able to handle the big stage a bit better than some of the younger guys and produce a score well above his price tag.

One of the many additions to the new look forward line for the Cats comes in the form of Luke Dahlhaus. The 1x premiership player for the Dogs has fit in seamlessly at the Cattery and is producing some very nice fantasy scores. Like many, Dahlhaus had an off games last weekend with just 44 points, but we’re prepared to forgive him for one poor game due to how well he’s scored in his three other matches for his new club (scores of 98, 107, 96).

Another interesting proposition is young Hawks midfielder James Cousins. His price tag has jumped a bit since the start of the season, but Cousins is still nicely priced when you consider his lowest score in four games is 61. He’s gone as big as 98 and is coming off a 71 last weekend and should continue to get extended minutes in the midfield with all the injury struggles at Hawthorn. If you’re looking for a guy priced in the mid-range, then Cousins is definitely worth a thought.

The price tag of ‘Danger’ might throw you off a little at first glance, but he remains a must have in our opinion. He started off the season with a bang with three tons in a row including two 130+ scores, but only managed 66 points in the Cats loss to the Giants last weekend. You can expect arguably the best player in the game in Dangerfield to bounce back on such a big occasion and take advantage of the boys in brown and gold once again on Easter Monday.

Once again, make sure you take a look at the AFL Resources page to help fill out the rest of your fantasy teams for Easter Monday. If you're after a bit of guidance then check out our Draftstars team below that we'll be entering in the huge AFL $50,000+ Hawks vs Cats contest! 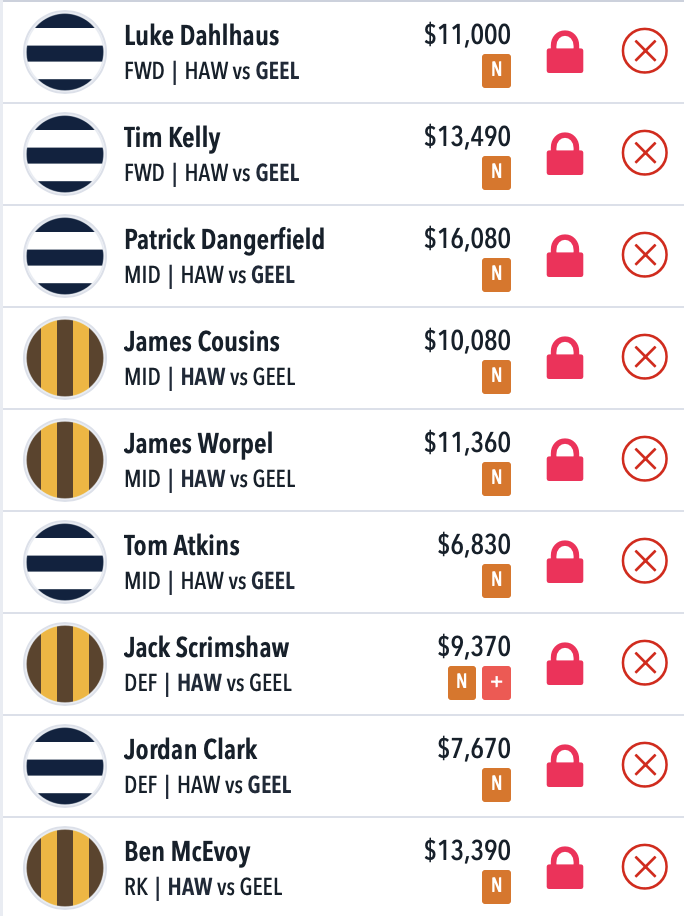