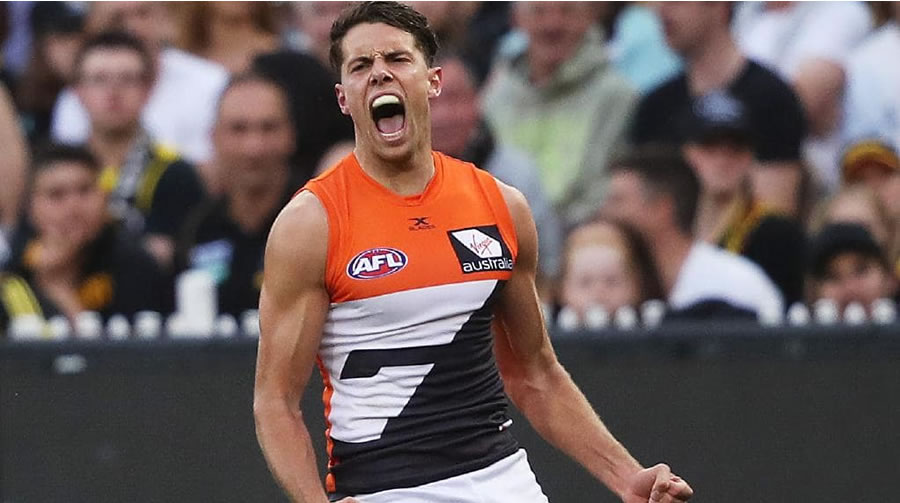 Saturday brings us a very manageable three game slate of AFL to work through in preparation for daily fantasy tournaments. The usual major contests are on offer on the major platforms:

In addition to previews for each and every slate this season, Daily Fantasy Rankings has also unveiled our AFL Resources page. This section provides you all the data you need to build your best lineups for free! It includes daily cheat sheets for both Draftstars and Moneyball, Player Correlation tables, Player Out tables, Scores Against tables, Tagging information, statistical breakdowns and much more!

Richmond and Melbourne lead not just the slate but the entire league for points conceded through four rounds. This is still a small sample size for both these sides, and both sides are favourites at home this week. Meanwhile, fremantle have given up the fourth most points this year and have a brutal trip to Canberra to play GWS.

Melbourne have given up the most points to midfielders this year, but tread carefully based upon the sample size. Last week against Sydney they did concede just the one tonne to Isaac Heeney through the middle.

In the ruck targeting Fremantle, St Kilda and Richmond should be a positive play on this slate. On the flip side avoid going against Max Gawn at all costs, as he has conceded just 51 points per game to the oppositions number 1 ruck.

GWS stand out as the obvious team to stack on this slate. They are favoured by just under 6 goals and are playing the Dockers who have given up the fifth most fantasy points in this league so far this season. 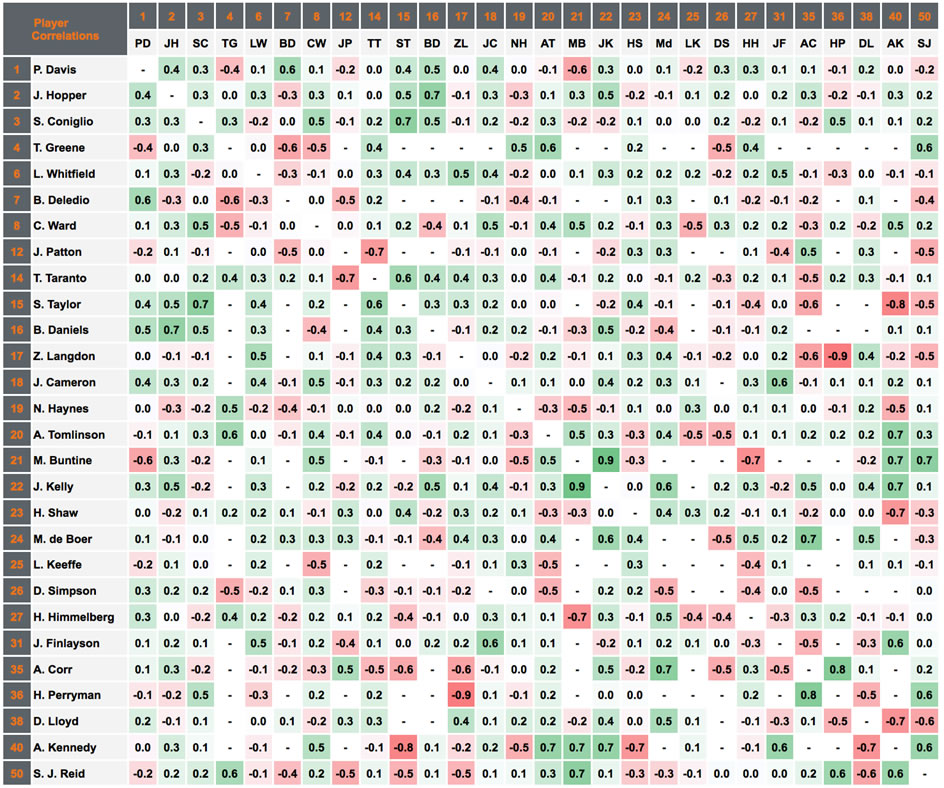 As we have noted before the Giants two gun midfielders in Stephen Congilio and Josh Kelly are negatively correlated at -0.2. As a result setting up your stacks with either one or the other should be the optimal play. If you opt to start your build with Josh Kelly, pairing with Jacob Hopper (+0.5 correlation) and Lachie Whitfield (+0.3 correlation) makes sense. Kelly also holds a strong correlation with Jeremy Cameron.

Jackson Hately (DS $5,000, MB $4,600) debuts after last weeks horrible season ending injury to Callan Ward. He is close a lock and load play at the minimum price on this slate. Hately is a ready made player who averaged 96 points per game in the NAB AFL U18 Championships and 83 in the SANLF last year. He was able to find the ball in the preseason as well averaging 59.5 fantasy points from 66% game time.

Lance Franklin (DS $11,510, MB $7,400) has had an absolute miserable start to this season so far. One thing I think we can all be sure about, however, is that he is going to get hold of a game soon and hit for over 10x his current salary. He peppered last week scoring 88 fantasy points despite kicking just 1 goal 3 behinds. On this slate he faces Richmond who have given up the second most points in the league to key forwards so far this season.

Toby Nankervis (DS $13,050, MB $8,000) may slip through the cracks somewhat on this slate with all the positive matchups for rucks. Players will flock to Max Gawn who looks to be in a can’t miss spot. Nankervis is matched up against Callum Sinclair who hasn't conceded significant points yet this year, but in 2018 he gave up 97 points per game to opposition rucks which was the fourth highest mark in the league.

Josh Kelly (DS $14,300, MB $8,800) is just far too unpriced. On this slate GWS are favoured by just under six goals and he brings 150+ point upside. As noted above he is a great option to start with if you are going to stack the Giants in this matchup.

Dustin Martin (DS $12,820, MB $8,500) is likely to return to similar treatment that saw him come undone against the Giants. It would be malpractice for Sydney to not send George Hewitt right to Martin.