This Friday night of ANZAC Day round we head off to Adelaide for a clash between Port Adelaide and North Melbourne.

Smatho and Hef filmed a special Anzac Day edition of our weekly show "DFS Down Under" to look at this game in depth as well as the rest of the weekend! Check out episode 11 with Smatho in another of his famous guernseys!

Port Adelaide have been the second stingiest team in the league this year giving up just 1,458 points through 6 rounds. North Melbourne, on the other hand, have conceded the sixth most points, which makes for an obvious angle to take.

The top scoring midfielders have gotten hold of North Melbourne this year with the top three scoring opponents averaging 113 points per game. This is compared to just 96 points per game allowed by Port Adelaide, the second lowest mark in the league.

Forward has been the best position to attack the Kangaroos this year as they have given up the sixth most points in the league at 81 points per player.

The single game slates involved Port Adelaide continue to pose a challenge when breaking down the ruck plays. The  Kangaroos have been giving up more points to the number 1 rucks this season, however Port Adelaide are running a dual ruck setup that is limiting their rucks scoring.

As you can see from our ruck analysis tool Scott Lycett is only winning between 50-60% of Port Adelaide's hitouts as he splits time with Paddy Ryder. This has limited Lycett to a season average of 72.6 and Ryder 66.6 fantasy points.

The Port Adelaide stack is the obvious play on this slate with the Power being the second hardest team to score against in the league and being favoured by over four goals. 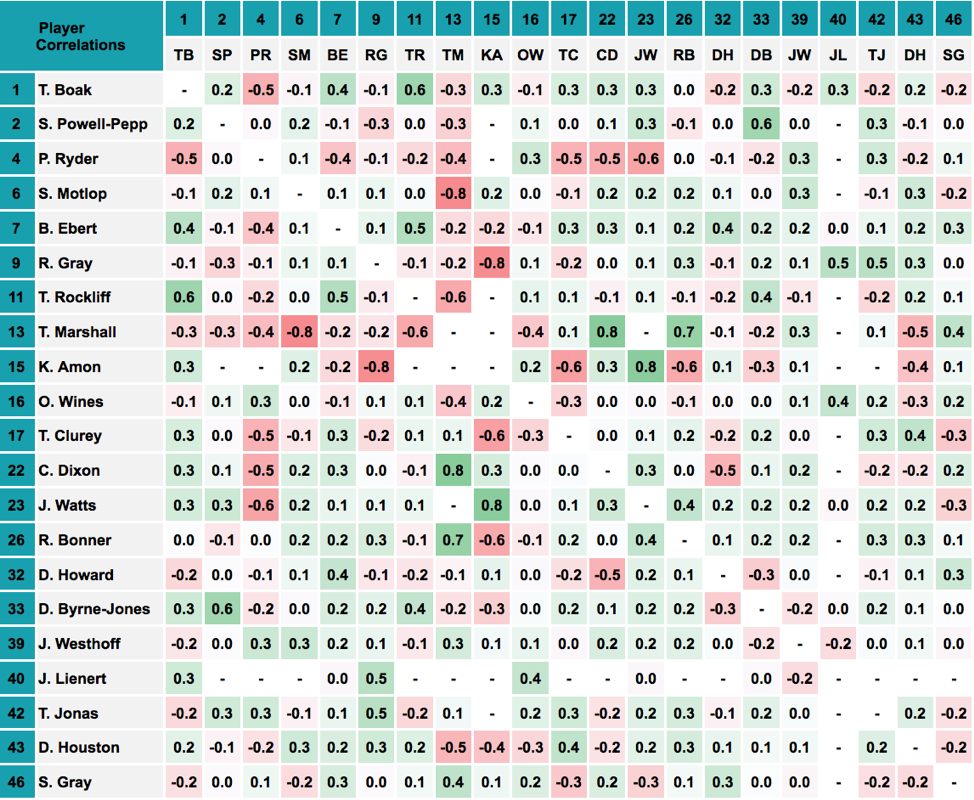 The three premium player to start your build around are Tom Rockliff, Travis Boak and Brad Ebert. Rockliff and Boak have a massive positive 0.6 correlation indicating that their scores are heavily correlated, which is evidenced by their results this season. Ebert has also joined in on the act possessing a positive 0.5 correlation with Rockliff and positive 0.4 with Boak.

Sam Gray (DS $8,790, MB $5,700) showed his upside last week against West Coast Eagles notching up 116 points in the wet and slippery conditions. Despite this big game Gray is yet to see a significant price increase and this week is a positive matchup, as noted above, with North Melbourne conceding the 5th most points to forwards this season.

Justin Westhoff (DS $10,570, MB $7,700)is playing primarily as a stay at home forward this season, which has seen his fantasy output plummet to just 72.2 points per game. In round 1 he showed he still has upside, however, posting a massive 120 points. This is a pure GPP play but you should be able to pick him up at low ownership and North Melbourne are conceding the second most points to key forwards this year.

Tom Rockliff (DS $16,080, MB $8,800) has been back to his former self this season averaging a 110 fantasy points per game and flashing the huge ceiling with a season high of 166 points. As noted above North Melbourne have conceded huge scores to the oppositions highest scoring midfielders, which should give Rockliff every opportunity to hit his ceiling on this slate. 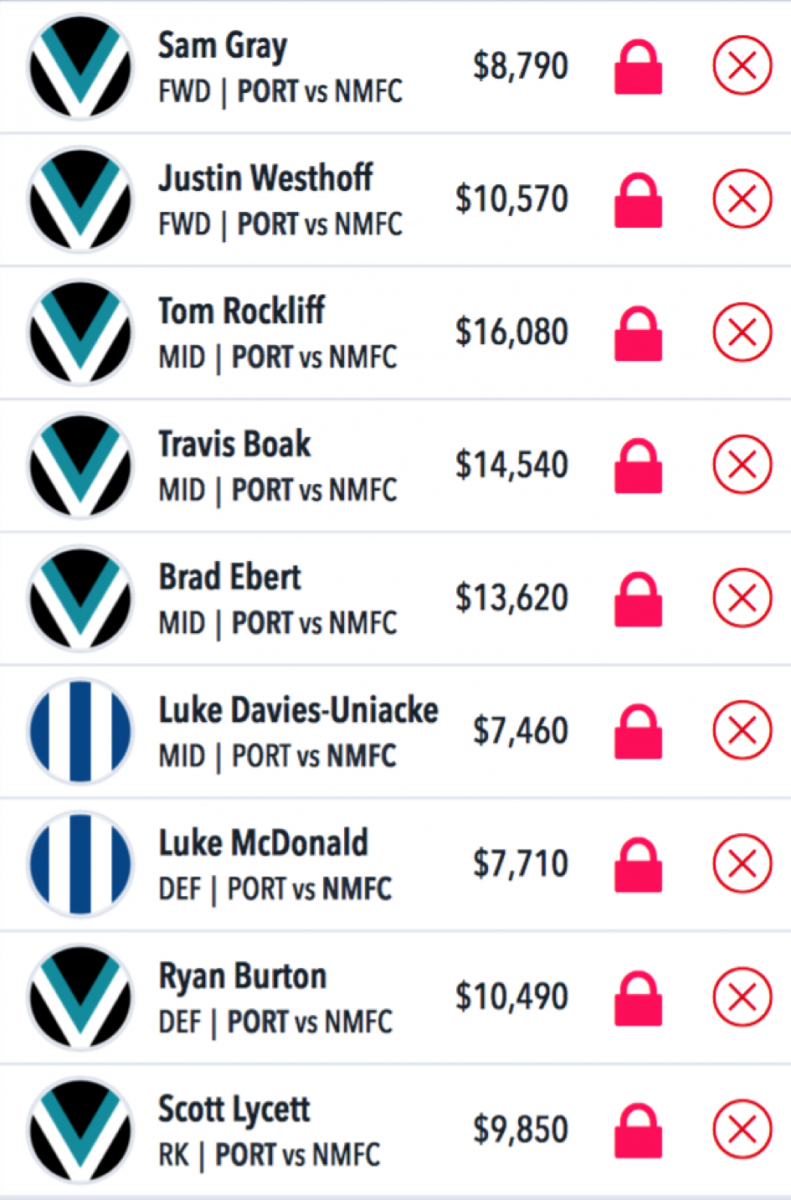