Anzac Round continues on Saturday with a four-game slate of AFL to work through in preparation for daily fantasy tournaments. The usual major contests are on offer on the major platforms:

In addition to previews for each and every slate this season, Daily Fantasy Rankings has also unveiled our AFL Resources page. This section provides you all the data you need to build your best line-ups for free! It includes daily cheat sheets for both Draftstars and Moneyball, Player Correlation tables, Player Out tables, Scores Against tables, Tagging information, statistical breakdowns and much more!

The four games on this slate are as follows:

Plenty of options this slate on where you might want to attack. Our data shows that the most favourable match-up from the four games is the Lions vs Suns. The Suns give up the fourth most points of any team this season, while the Lions are the third stingiest. The next best team to exploit looks to be the Dockers, who are the seventh most generous this season.

If Fremantle is your flavour on Saturday, then look to attack them with Bulldogs defenders. See in the graphic below that the Dockers give up the third most points to opposition defenders this season, such is their desire to get numbers behind the ball rather than press up.

We’ve got quite a few options in the forward line, so you may want to spend a bit longer in this position. So far this season the best team to attack in this slate with forwards is the Bulldogs. Since losing Jordan Roughead the Dogs have been vulnerable to key forwards and give up the third most points to top 3 forwards. Right behind the Dogs in this area is the Lions in 4thand the Suns in 5th.

When looking at the rucks we find that the Bulldogs are once again the team to attack. Number one ruck Tim English has been taken advantage on quite a few times this season, highlighted by Brody Grundy’s 160 against him in Round 4 where he was dominated in the hit-outs 58-6. Interestingly, the next most generous in the rucks is their opponents in the Dockers.

As mentioned above, Gold Coast give up the most points of all the teams in this slate. They lead the league in giving up points to oppositions top 3 midfielders and are also top five in points given up to top 3 forwards. One area they do excel in is in the ruck, where skipper Jarrod Witts has been at his stingy best through six rounds. All things considered, if you're looking for a stack then we see the Lions as the best option on Saturday. 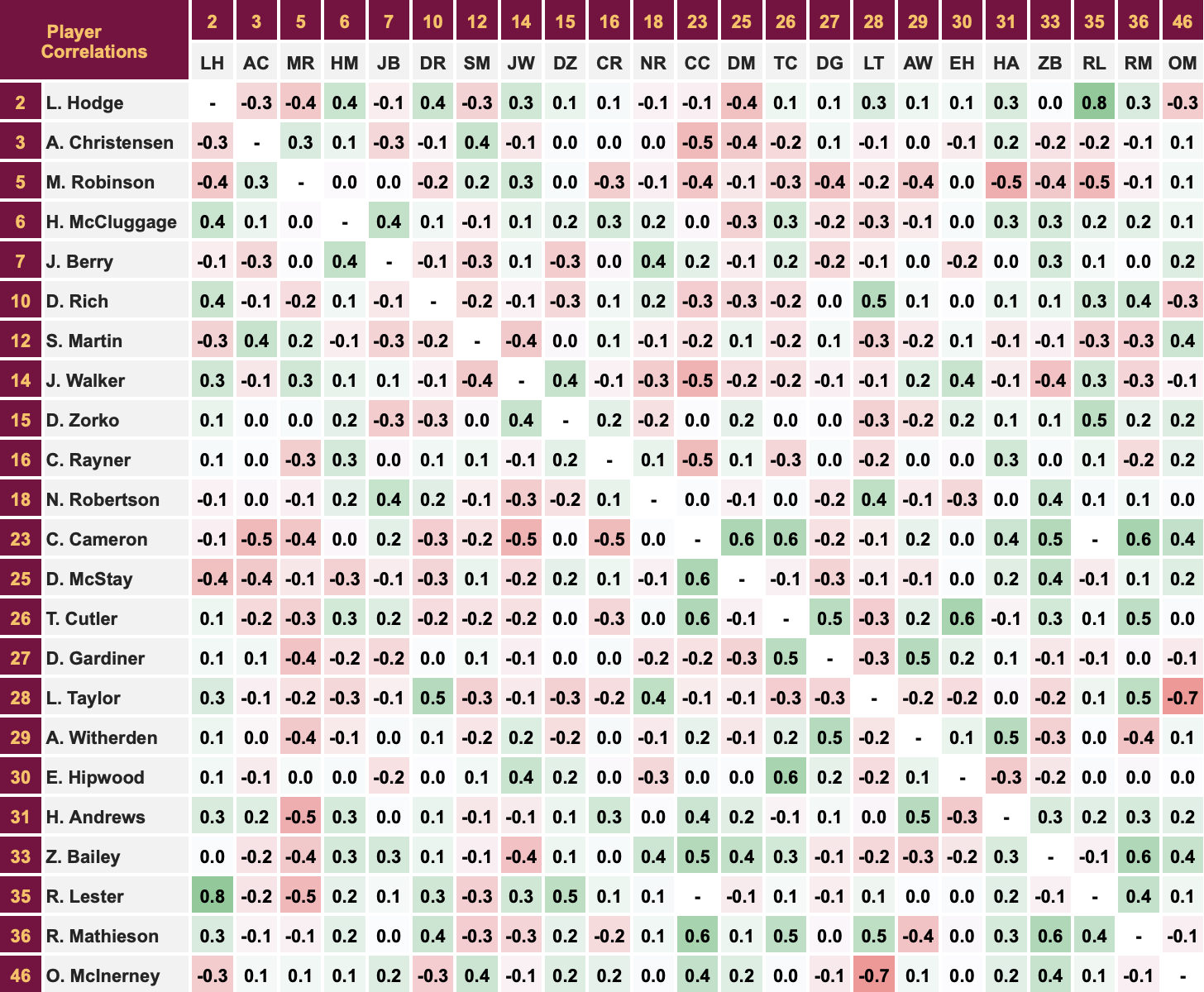 Young bulldog defender Lachie Young comes in for his second AFL game on Saturday. He comes up against a Fremantle team that gives up plenty of points to opposition backs, which gives him a great chance to build on his 57 last weekend. Coming off the half back flank, we see him as one of the must have’s to free up cash to spend elsewhere.

The first of two mid-pricers that we’ve got our eye on is Hugh McCluggage from Brisbane. The young cub was taken with the third pick back in 2016 and is really starting to elevate his game. McCluggage is averaging a decent 85.2 this season and has had three scores of 90+ from his five games thus far. He also comes up against the leakiest team to opposition mids in the league and should have no trouble finding plenty of the ball.

Our second mid-pricer we’ll look to add in our team is Rory Lobb from Fremantle. After coming over from GWS last season, Lobb has become the number one ruck choice at the Dockers and is enjoying a career best year as a result. He’s averaging 75.6 but has two 90+ scores in his last three and comes up against the second easiest ruck match-up in the Bulldogs on Saturday.

First in our team this week is early Brownlow favourite Lachie Neale. After starting the season off with a modest score of 91, Neale posted 146, 135, and 139 in his next three before cooling off with 76 in the Lions big loss to the Magpies last weekend. Neale has the perfect opportunity to bounce back in a big way against a leaky Suns midfield, which is why he’s our best pick for this slate. 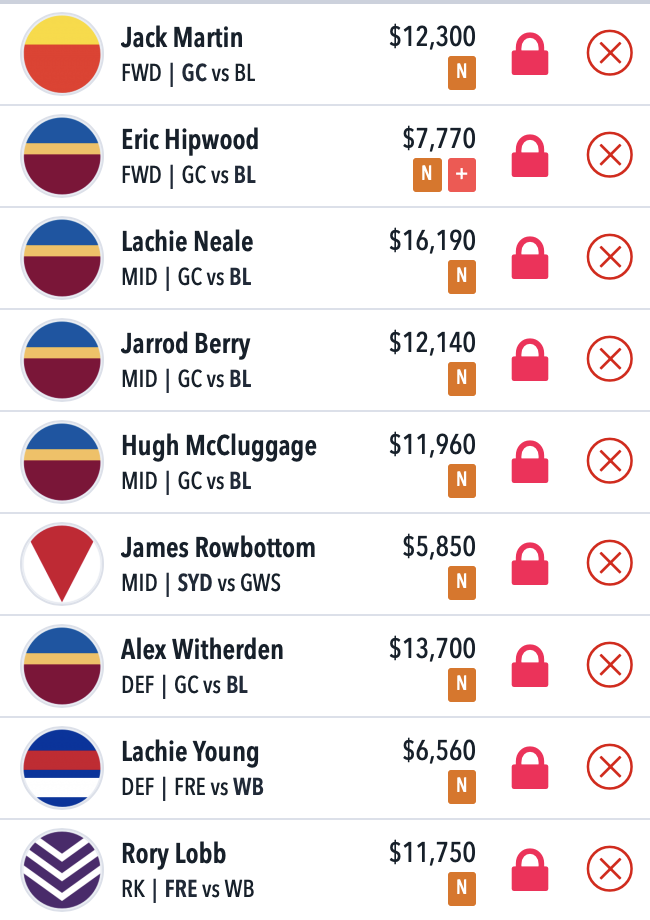 The Daily Fantasy Rankings "Dragon" has scoured the Australian sports betting markets and found some great value picks for these games. Check out his picks for the day bel7,000ow and click on the links to follow his betting plays!