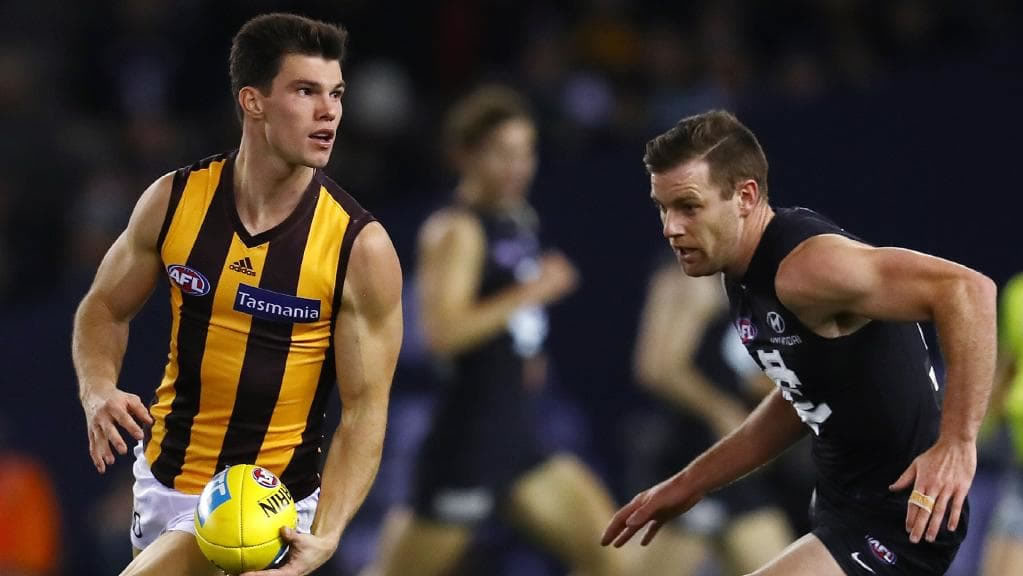 This Sunday rounds out five straight days of games with a beautiful little two game slate to play. The major daily fantasy tournaments on offer include:

Hawthorn vs Carlton looks to be the obvious game to attack on this slate with the Hawks conceding the third most points in the league this year and Carlton not far behind giving up the fifth most.

Attacking the Hawks via the backline has been fruitful this season with them giving up 72 points per player. Historically Hawthorn’s structure have given up points to key defenders in particular.

Carlton have been the team to attack in the ruck this year giving up a massive 117 points per game to the oppositions number 1 ruckman. This didn't change last week with Matthew Kreuzer returning to the lineup as Bulldogs ruck Tim English was able to top the 100 point maker for the first time this season against them.

It is hard to go past Hawthorn as the team to stack on this slate. Despite only be favoured by a touch over three goals, playing one of the leakiest teams in the league in Carlton down in Launceston should be a recipe for success. 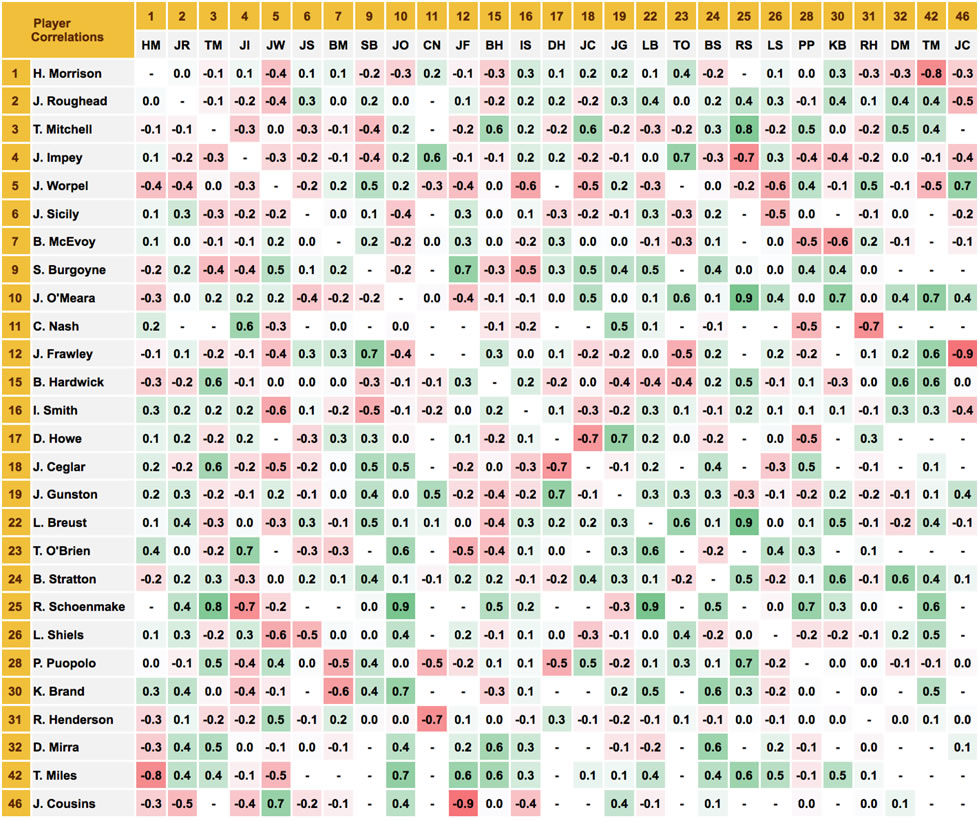 Ricky Henderson has been on fire this year averaging over 110 points per game and playing a huge role through the midfield for the Hawks. He has linked up well with James Worpell with the two players having a positive 0.5 correlation. James Sicily and Isaac Smith also have positive correlations with Henderson, making for a nice four man stack to build around.

Jacob Weitering (DS $8,310, MB $5,100) makes for a good value play on this slate given the matchup. Weitering brings 10x upside, which he has already shown this year with an 88 point game against Gold Coast earlier this year. As mentioned above Hawthorn leak points to defenders and in particular they have historically given up fantasy scores to key position backs. Linking Weitering with another key back on the Blues would also be a solid strategy that would open up more salary to spend across other positions.

Mitchell Lewis (DS $5,000, MB $3,600) started with a bang last week against the Cats and finished up with 56 fantasy points, a solid return for minimum salary. His salary hasn’t moved this week and he draws a much easier matchup down at UTAS against Carlton, making him a great value play once again.

Luke Breust (DS $9,720, MB $6,800) has had a down year and this play would be GPP only. But he has one of the best matchups in the league against Carlton on this slate. Breust has also had strong form recently at UTAS Stadium topping 95 points in three of his last four games at the ground. His poor form should also bring down his ownership, making him a nice upside play.

Jeager O’Meara (DS $14,720, MB $9,200) is the leading midfielder for the Hawthorn side and my number one premium play on this slate. Averaging 113 points this season, last week was the first game he went under 100 points and this was primarily driven by a tag applied by Cam Guthrie.

Ben McEvoy (DS $13,830, MB $8,400) is the top ruckman on the slate once again. Averaging a huge 102 fantasy points this season he is having a monster season and draws what has been the best matchup in the league for rucks on this slate. In addition McEvoy absolutely loves playing down in Launceston averaging +7.3 points on the ground over the past 11 games there. 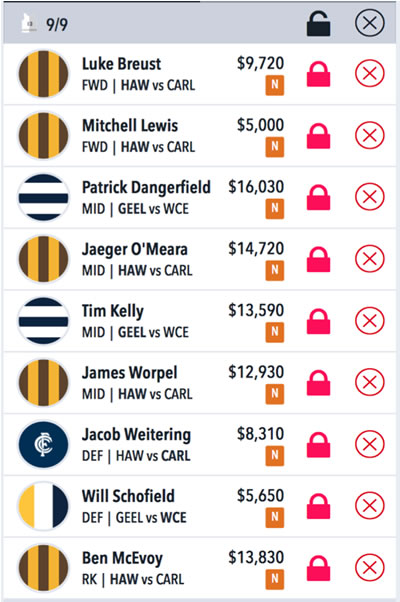