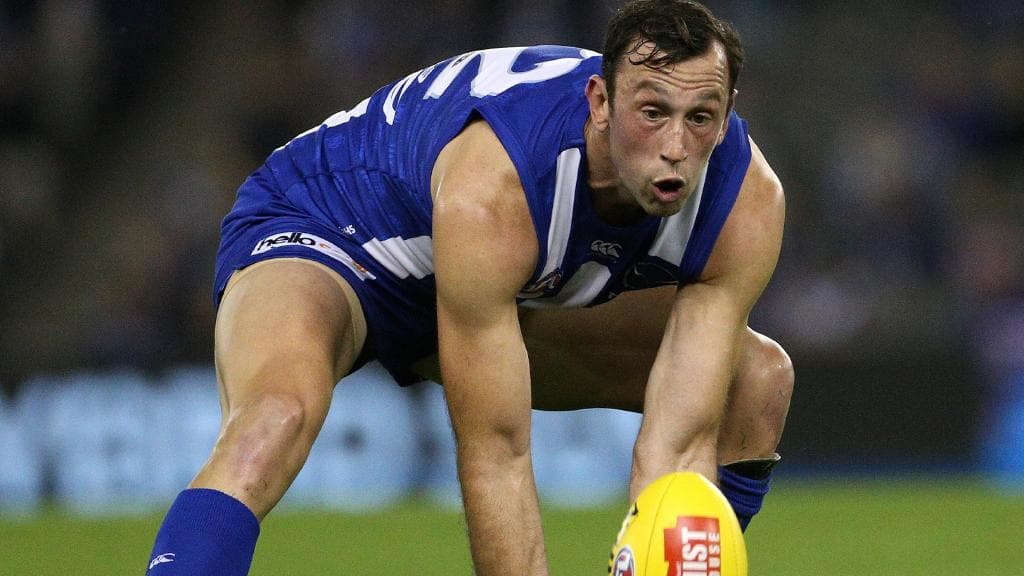 After a few strange weeks the normal three game slate returns on Sunday for AFL Round 7. The major tournaments on offer for this slate include:

An interesting slate provides us with two of the top six teams for points conceded this season in Carlton and North Melbourne. On the other hand, we’ve also got two of the bottom six teams in terms of points conceded, which makes it a bit of a tricky one to breakdown. However, you’ll find below that we’ve spotted a few areas you might want to attack.

One of the most important areas in this slate looks to be the rucks. You can see below that three of the four top teams for points conceded to number one rucks are in this slate. Carlton are the standout here with a whopping 115 points per game to opposition number one rucks, 15 points clear of the next best in Geelong.

Game stackers will likely find this a tough slate to handle. All three matches are expected to be fairly close, with Adelaide the biggest of the favourites with a -20.5 spread. If you’re looking at stacking a team here, make sure you check out our AFL Resources page to find all the best player correlations.

A value player that could also be a POD in this slate comes in the form of Harry McKay. He’s been in great form for the Blues to start the season and is building nicely in fantasy. He’s shown he’s capable of going huge with a 128 in Round 5 and gets the soft match-up against North Melbourne this weekend. Expect the young star to take full advantage of extra opportunity.

The Roos have been struggling and part of that has to do with their midfield playing at a sub-par level. Cunnington hasn’t had the greatest od seasons to date, but as a result he comes in at a discount price. He’s coming off a 108 last week and had a 114 in Round 2 and gets an opportunity to score big this weekend against a Carlton outfit that has conceded the fourth most points of any team this season.

Big Toddy Goldstein has been the centre of a bit of attention over his form or lack thereof, however, he gets the opportunity to kick start his season with a big performance against the Blues this weekend. The Blues give up the most points to opposition number one rucks and it’s not even close. Their 115 per game is 15 higher than the next closest in Geelong. This all bodes well for Goldstein and the Roos.

We couldn’t fit an out and out premium in our Sunday team, but that doesn’t mean there aren’t plenty of great choices. In our view, Matt Crouch leads the charge for premiums here. He comes up against a Dockers midfield that gives up a ton of points and will be up against it at Adelaide Oval (-20.5 spread). Don’t be surprised to see him rack up 35+ touches and a big score here. 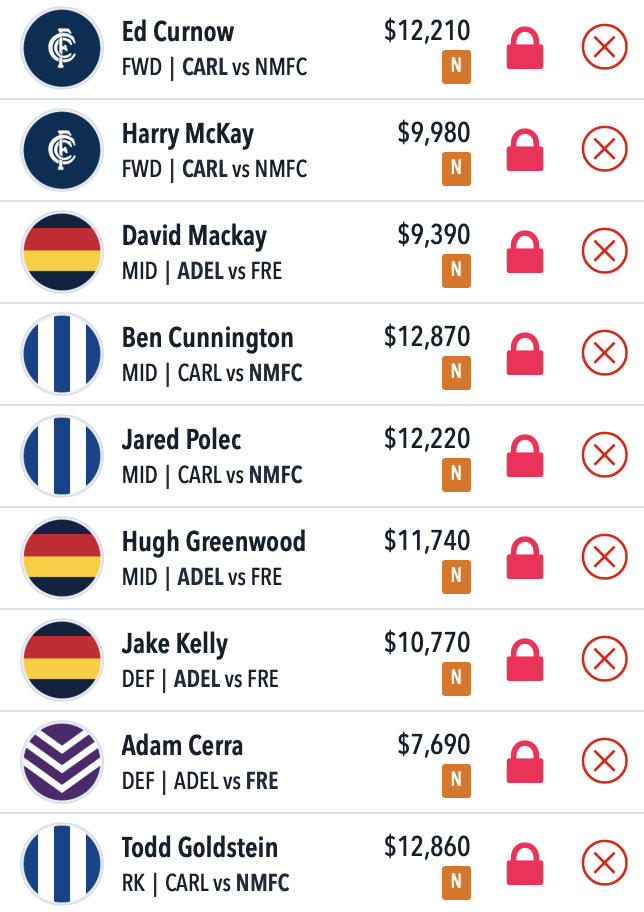