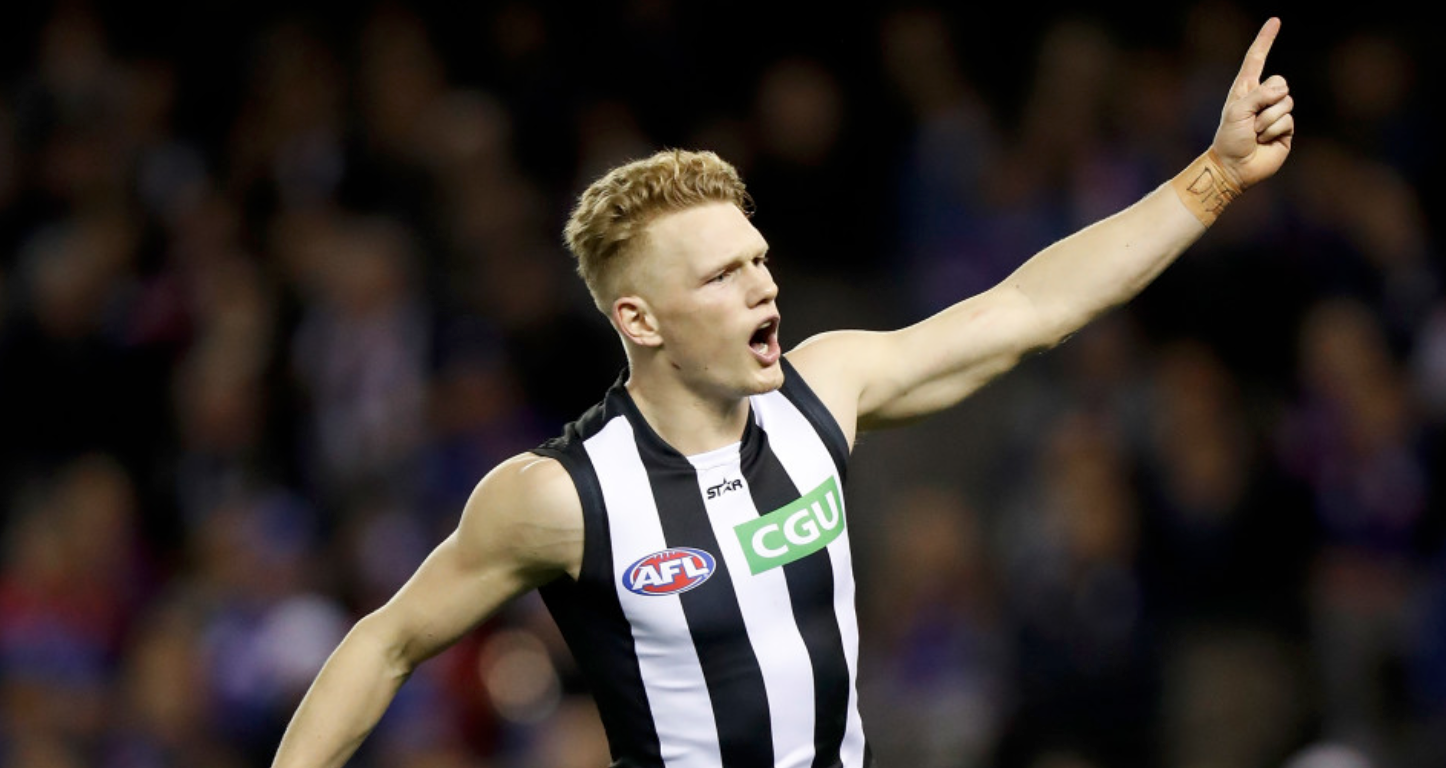 Super Saturday is back this week for round 8 with another massive five game DFS slate. The major tournaments on offer this Saturday include:

In addition to previews for each and every slate this season, Daily Fantasy Rankings has also unveiled our AFL Resources page. This section provides you all the data you need to build your best line-ups. It includes daily cheat sheets for both Draftstars and Moneyball, Player Correlation tables, Player Out tables, Scores Against tables, Tagging information, statistical breakdowns and much more!​

The more things change, the more they stay the same. Another year, and once again we are seeing Gold Coast and Carlton trending towards to top of the table for fantasy points conceded. They have given up the second and third most points in the league so far this season and are both underdogs on this slate.

St Kilda stand out as a team to target on this slate via the back line giving up the second most points in the league to defenders. Conceding 73 points per player, this jumps to a massive 95 points for the oppositions top three scoring backs.

Gold Coast has rocketed to the top of the table for most points conceded to opposition midfielders at 98 points per player. This is a trend consistent with 2018 where they also gave up the most points to the position. The most eye popping stat, however, is how much they give up to the highest scoring players, leading the league by giving up a ridiculous 120 points per player to their opponents top 3 scoring midfielders.

Carlton have been the clear cut choice to target at ruck this year giving up a massive 112 points per game to the oppositions number 1 ruckman. They have been paint by numbers at the ruck position this year with Phillips, Lobbe and Kreuzer all taking turns and it has yet to make a difference whoever plays. That said, Matthew Kreuzer would be my least favourite of the three to target and he is in this week.

To help build your best Collingwood game stack on this slate check out our correlations tool.

Rupert Wills (DS $5,000, MB $6,300) is a lock and load minimum price play on this slate at Draftstars. He has 6 career AFL games under his belt thus far and has averaged 81 fantasy points across those games. His lowest score is 55, which still returns a massive 11x in value. Wills will spend the majority of his time rotating between forward and midfield and has an elite matchup against Carlton who give up the third most fantasy points in the league.

Matthew Broadbent (DS $5,000, MB $6,600) is another lock and load minimum pricer on Draftstars, which will leave us plenty of money to spend up on this slate. Broadbent is playing his first game since 2017, however he has had a long career of averaging 70+ fantasy points across the half back line. During 2017 he played 15 games, averaging 69 fantasy points. He did exhibit go under 40 fantasy points in two of those matches, giving him a floor that can ruin your lineups. He draws a strong matchup on this slat, however, with the Crows giving up the fourth most points to backs in 2019.

Adam Treloar (DS $16,120, MB $9,800) is the biggest beneficiary of Taylor Adams being our according to our player out tool. During the last 9 games Treloar has played without Adams in the lineup he has averaged a massive +18 fantasy points compared to his average with Adams playing:

In addition as mentioned above Treloar has one of the top matchups in the league for his position with Carlton giving up 112 points per player to the opposition's top 3 scoring midfielders.

Stefan Martin (DS $12,490, MB $7,800) is a great pivot play this weekend in the ruck. The majority of players will flock to Brodie Grundy who gets the top matchup in the league for rucks. This should leave Martin lower owned and at a discount to Grundy. As we saw last week Martin still has a ceiling in him scoring 125 points (we recommended him at just 5% ownership).  Let's go back to the well against Tim English on this slate, who has given up the second most points to opposition number 1 rucks this season. 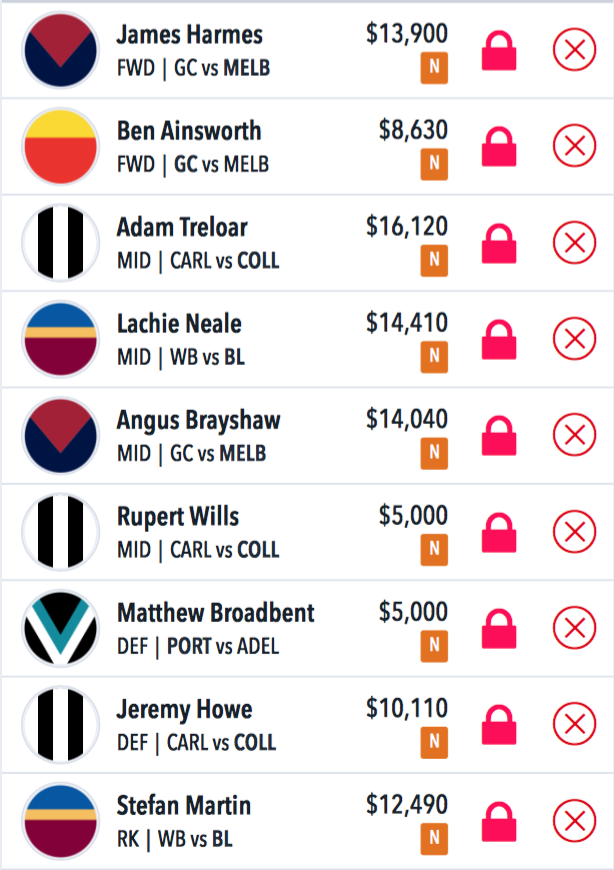