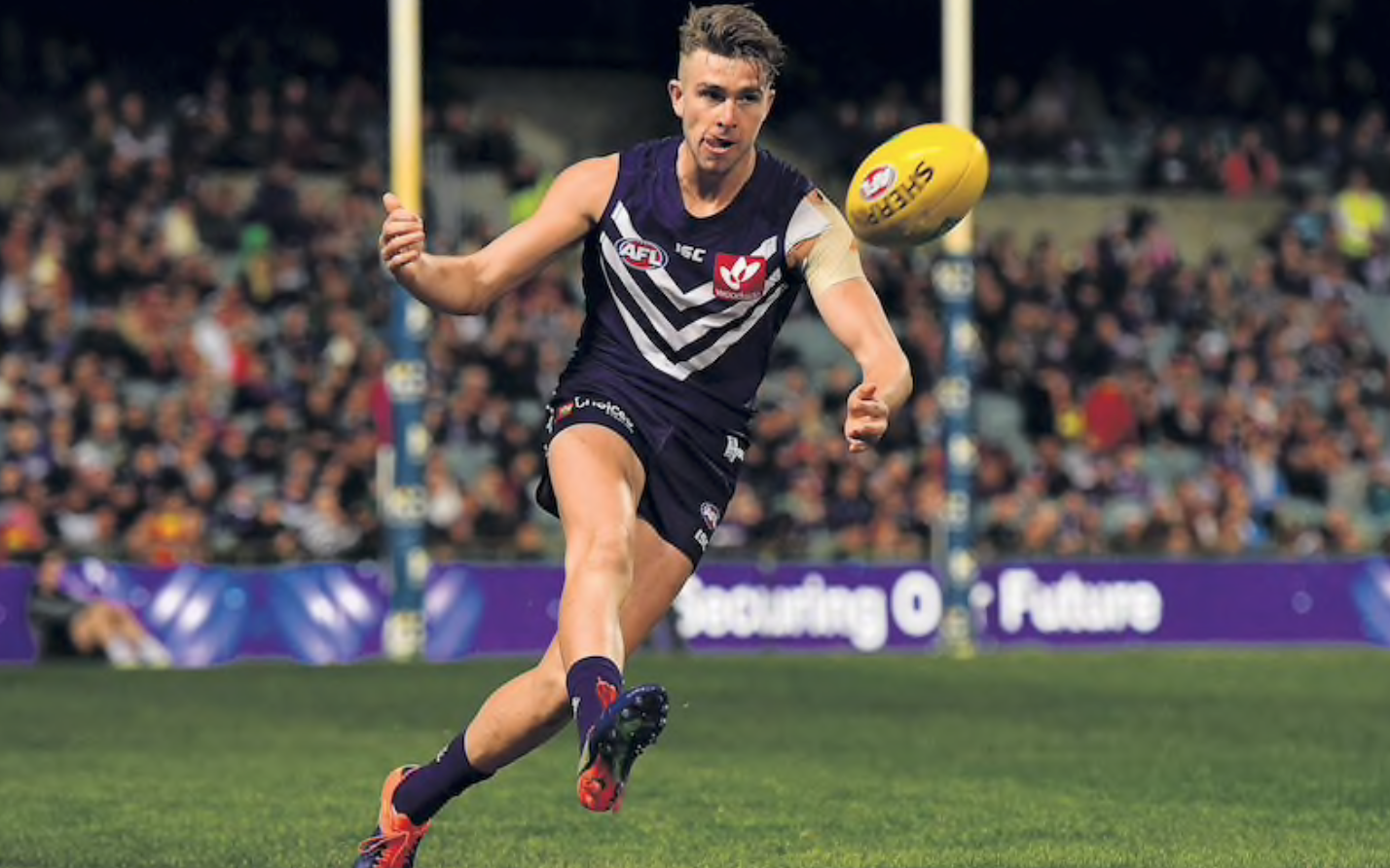 A very manageable and entertaining 3 game AFL daily fantasy slate is on offer this Sunday for round 8 of the 2019 season. The major DFS tournaments on offer for this slate include:

In addition to previews for each and every slate this season, Daily Fantasy Rankings has also unveiled our AFL Resources page. This section provides you all the data you need to build your best line-ups. It includes daily cheat sheets for both Draftstars and Moneyball, Player Correlation tables, Player Out tables, Scores Against tables, Tagging information, statistical breakdowns and much more!​

RICHMOND! Everyone’s favourite team to target this season are on this Sunday slate and facing Fremantle out West where the Dockers have been somewhat of a fantasy juggernaut. Meanwhile no surprise to see the teams to avoid on this slate being the Giants, who have conceded the least fantasy points in the league this year, and the Cats, who are currently sitting on top of the ladder.

The backline has been the go to position to roster against Richmond this season. They have given up the most points in the league to defenders and, in particular, the top scoring backs, conceding a massive 100 points per player to the opponents top three scorers. Hawthorn also look to be a good target giving up 91 points per player.

The one position that Geelong can be targeted at is via the ruck. They have given up 95 points per game in 2019 to opposition number 1 rucks, which is the third highest of any team. Fremantle have also been leaky to rucks, sitting just behind the Cats at 93 points per game.

It should be obvious by now that the obvious play on this slate will be Fremantle stacks. They have the best fantasy matchup in the league and go into the game on their home ground as favourites. This stack will be popular and well owned, so if you are looking for an alternative Geelong are the heaviest favourites on this slate.

Adam Cerra (DS $8,830, MB $5,400) is my favourite value play on a slate with no obvious stand outs around this price range. He has shown upside already this year with a 102 point game and an 84 point game last week. This is an elite matchup for him against the Tigers, playing across the backline, where they concede the most points in a league (as noted above).

Jesse Hogan (DS $11,950, MB $7,500) hasn’t blown the lid off this season, but in this price range there is a chance of picking him up at low ownership (he has yet to be over 9% owned this season). Hogan has displayed a GPP winning ceiling of 120 points this year and on this slate he has a positive matchup against Richmond who have given up 88 points a game to the oppositions top 3 scoring forwards this year (and the most points in the league to key forwards).

Mitch Duncan (DS $14,650, MB $9,400) has hit a patch of form with back to back games or 120+ fantasy points. Geelong are the biggest favourites on this slate against North Melbourne who are sitting 16th on the ladder. Duncan has averaged 108 points over his last 8 matches at Marvel Stadium.

Luke Ryan (DS $12,360, MB $7,400) brings huge upside for GPPs and as mentioned above has the number 1 matchup in the league for his position on this slate. As a link up player he also makes for a perfect play amongst Fremantle stacks. 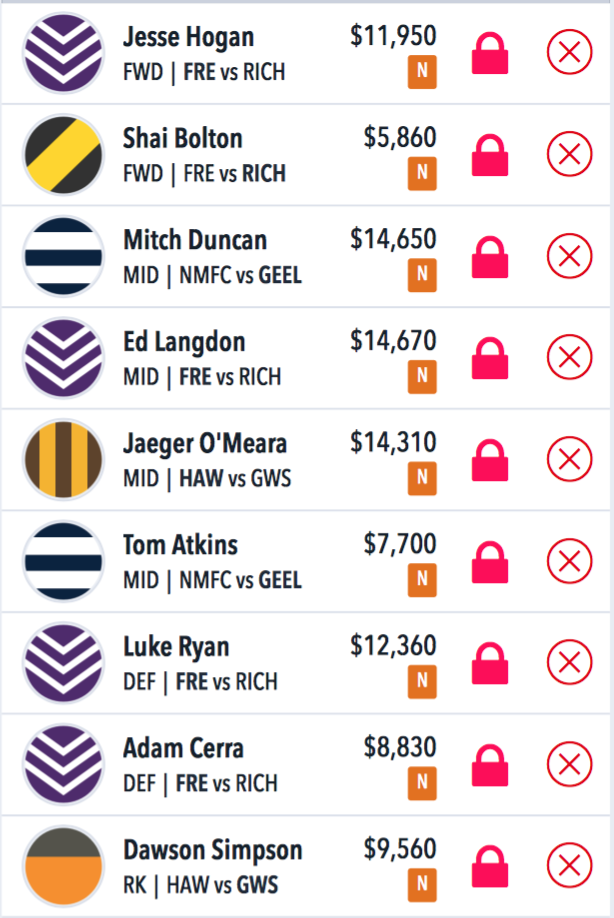