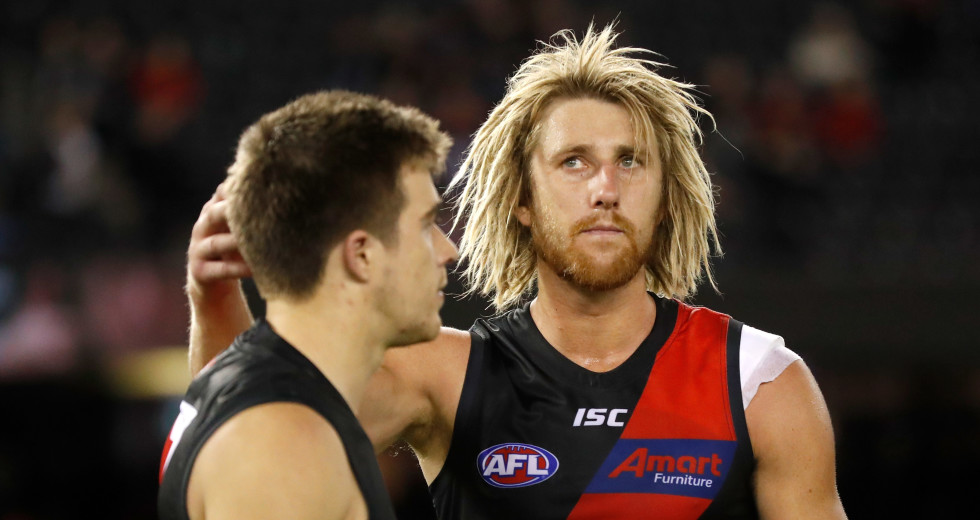 Round 8 of the 2019 AFL Premiership season kicks off on Friday night with the Sydney Swans hosting the Essendon Bombers at the SCG.

CHECK OUT OUR SYDNEY VS ESSENDON CHEAT SHEET

See below the average points each team has conceded per game in 2019. As you can see there isn’t much at all separating the Swans and the Bombers who are 12thand 11threspectively. This throws a bit of spanner in the works as we can’t just target players from one team, however, you’ll see below that we’ve found a few areas we can still look to attack.

One area that both teams struggle to limit points in is the Centres. See below that the Bombers are 5thin the league for giving up points to mids, while the Swans are 7thin that area. Further, the Bombers concede the 4thmost to Top 3 mids, compared to the Swans who are 6th.

The backs are an area that both teams defend really well, as are the forwards. However, the Swans have a five point advantage over the Bombers for points conceded to Top 3 forwards, which is enough to give you something to think about.

Once again, the rucks are another evenly matched position in terms of points conceded, although in this case both teams are in the upper echelon. You can see below that the Bombers give up the fifth most points to number one rucks (93 per game), while the Swans are eighth in that category (88).

Unless some new blood gets selected on Thursday night, there aren’t too many good value plays here. The best of the bunch seem to be Nick Blakey ($5,000 DS, $3,600 MB) and Patrick Ambrose ($5,470 DS, $3,900 MB). The former has been a mainstay in the Swans line-up this season but has managed a top score of just 49, while the latter has played all seven games for a top score of 53. Make sure to keep an eye out for the team announcements to see if any better basement priced players pop up.

As mentioned above, Essendon concede the 5thmost points in the AFL to opposition number one rucks, which bodes well for Sinclair’s chances on Friday night. He started off the season strongly with two tons from the first three rounds before cooling off, although he bounced back with a 90 in Round 7. Expect to see the big Swan take advantage of Bellchambers here.

An interesting pick this season has been young Tom Papley from Sydney. Many of the Swans players are having down seasons, but that isn’t the case for Papley who’s averaging 84 on the year. We mentioned above that Sydney forwards are favoured over Essendon forwards in this match-up, and two tons in the last three weeks for Papley makes him a standout pick in the mid-range here.

While his disposal efficiency has been the centre of a lot of attention this season, Dylan Shiel’s ability to find the ball certainly hasn’t. He’s averaging big numbers across the board and comes in a little bit cheaper than his co-midfielder in Merrett. Shiel has great footspeed which will really trouble the sluggish Swans here, making him a solid premium selection.

The other premium pick we like in this match is JPK from the Swans. He’s continuing to find plenty of the ball this season and has ‘tonned up’ in five of seven games so far including 103+ in each of his last three. Further, the Bombers give up the 5thmost points in the league to opposition midfielders, which JPK should be able to take full advantage of. 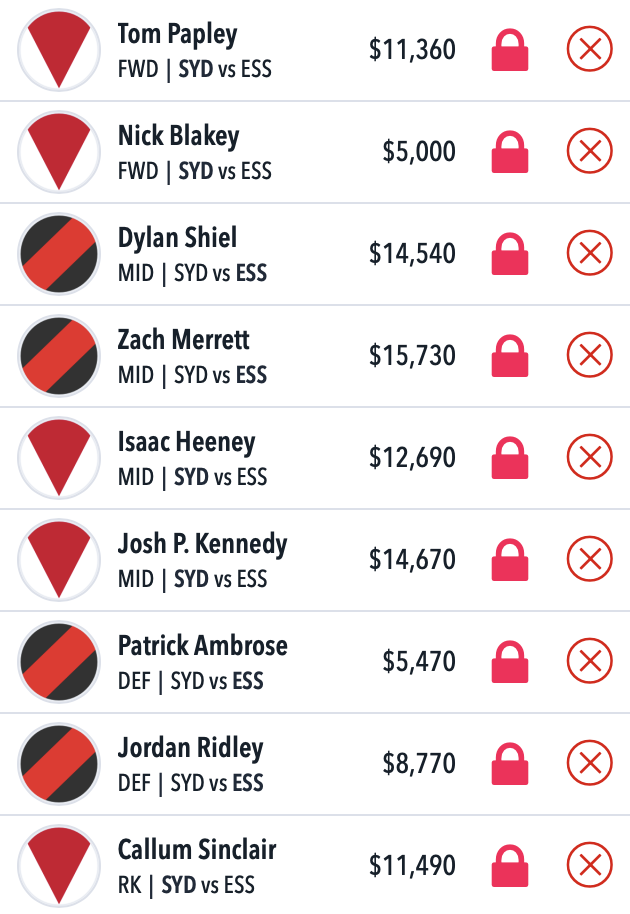 This article was uploaded prior to team announcements*