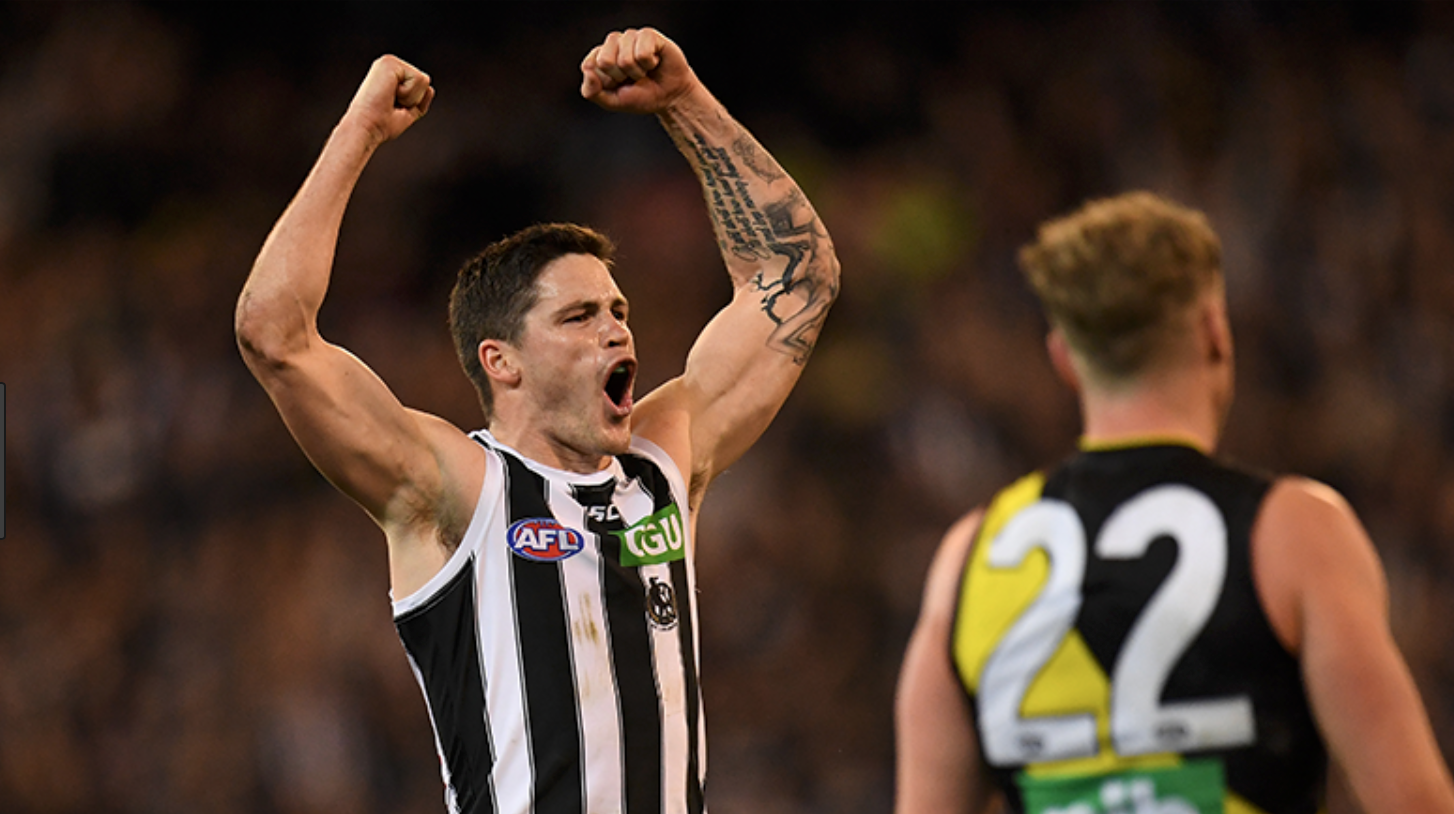 Super Saturday is back this week for round 9 with another massive five game DFS slate. The major tournaments on offer this Saturday include:

Also note that Moneyball have the target contest for AFL. The target score is set at 1025, with the total prize pool set at $9,864 for the Friday night slate.

Fremantle and St Kilda are the two best teams to attack by the numbers on this slate giving up the fifth and sixth most fantasy points respectively this year. Meanwhile Brisbane, Collingwood, Geelong and the Western Bulldogs have been matchups to generally avoid.

Fremantle and St Kilda have been extremely susceptible to defenders in 2019, conceding the equal  second most points to the position. St Kilda particularly stand out against opponents top scoring backs giving up 95 points per player to the top three scorers. This is tied for the top mark in the league.

North Melbourne and Sydney look to be the teams to target for midfielders on this slate giving up 3rd and 5th most points to the top 3 scoring players at the position. With the match being down in Tasmania I particularly like targeting Sydney.

The Western Bulldogs, Geelong and Essendon have given up the equal second most points in the league to the oppositions number 1 rucks this season. This gives us a number of avenues to attack, especially down at GMHBA Stadium, typically a ruck friendly ground.

Game stackers will once again be licking their chops on this slate at Collingwood on this slate. Playing the St Kilda on the MCG they are almost five goal favourites and in addition as mentioned above St Kilda 6th most fantasy points in the league this season. A sneaky stack will be North Melbourne who look to be unders as 13 point favourites down at Blundstone.

To help build your best Collingwood game stack on this slate check out our correlations tool.

Noah Answerth (MB $3,800, DS $7,480) / Mitchell Hinge (MB $3,500, DS $5,000) are both two basement priced backs who have drawn a premium matchup on this slate. As noted above Adelaide have given up the equal second most points to defenders this season. Ainsworth is onto his fourth senior game this year and has posted scores of 75 and 60 points in two of them.

Hinge is playing his first senior game and should get opportunity across half back to rack up enough points to return value. A sneaky play would be the all value back line stack putting Ainsworth and Hinge together and hope they link up all game.

Ed Phillips (MB $4,600, DS $10,040) makes for a sneaky target just above the bare minimum price range on this slate. Phillips has shown the capability to score fantasy points posting over 80 fantasy points in three out of his six games last season. His first game this year was last round against the stingey West Coast Eagles and he managed 70 points.

Jack Ziebell (MS $7,300, DS $11,790) has seen his midfield time increase dramatically over the past three rounds resulting in an increase in fantasy point point. Scoring over 100 points in two of the last three games Ziebell is still underpriced for this change in role. He has a positive matchup against Sydney as noted above, and down at Blundstone Ziebell has averaged +8.6 fantasy points form his last 9 games on the ground.

Josh Dunkley (MB $8,600, DS $14,560) has been unleashed in the midfield the last two games resulting in monster output of 145 and 127 fantasy points. This is not a surprising as when Dunkley was givne a midfield role last season to end the year he posted just 2 scores under 100 from his last 9 games, and these were a 99 and 96. While Geelong haven't given up significant points this year, a contested match down at GMHBA should suit Dunkley’s game style.

Jack Crisp (MB $8,400, DS $13,690) is my favourite go to for the Magpies game stacks. A half back with huge upside and a desire to keep racking up cheap possessions long after the game has been decided is hard to ignore. He also correlates well with a number of other players due to his link up play. As noted above this is one of the best matchups in the league for Crisp. Lock and Load! 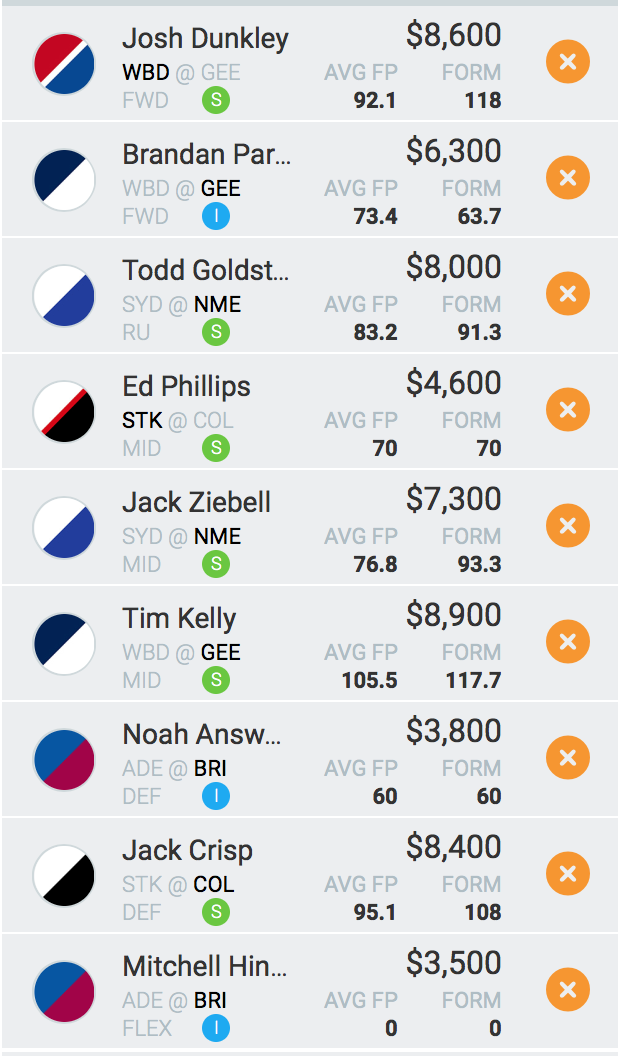