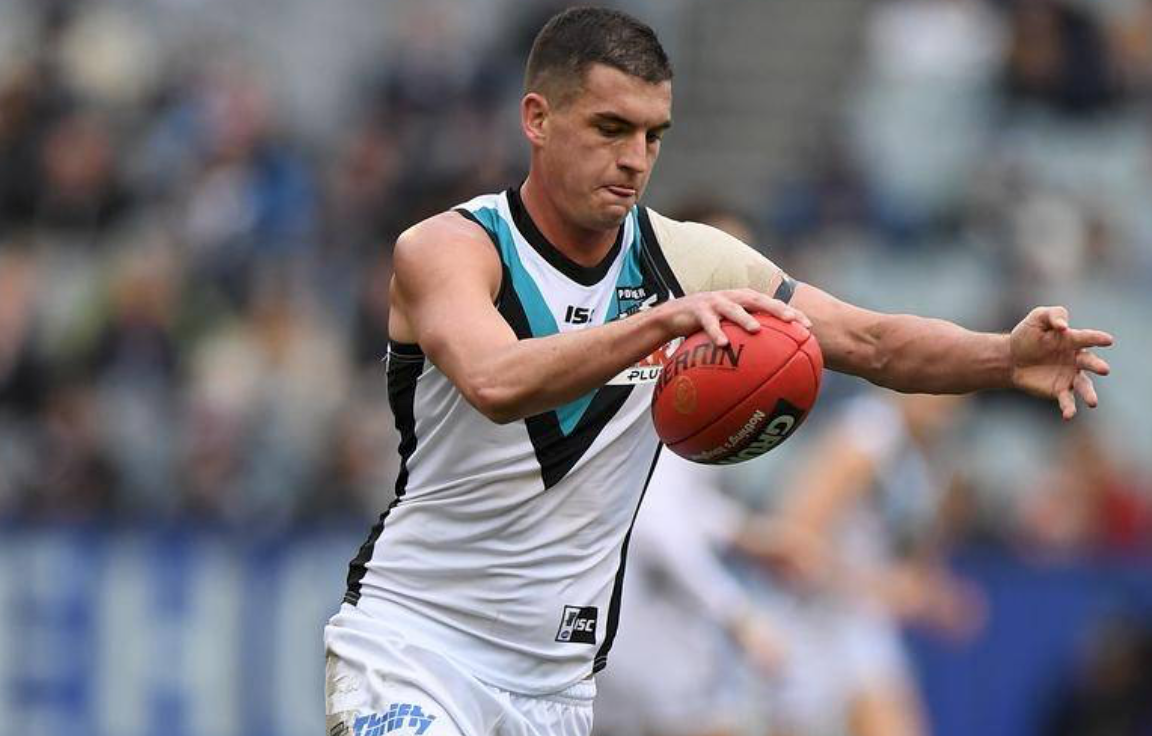 A classic three game DFS slate is upon us this Sunday for Round 9 of the 2019 AFL Premiership Season.

The major tournaments on offer this Sunday  include:

Also note that MoneyBall have the target contest for AFL. The target score is set at 1025, with the total prize pool set to exceed $10,000!

The three easiest teams to score against during 2019 are all on this slate in Richmond, Gold Coast and Carlton. Richmond’s point conceded looked to be abnormally high through the early rounds and this has started to come down as the season goes on. Gold Coast and Carlton look to be the obvious targets with both teams playing on the road and around 6 goal underdogs.

The backline has not tended to be the best position to target Carlton and the Gold Coast this year as they give up around league average fantasy points. Richmond have conceded the most points to defenders all season at 75 points per player.

The midfield is the position to attack the Suns and Blues. Gold Coast are going on their second straight season of giving up the most points to mids at 98 points per player, and a massive 121 points to the oppositions top 3 scoring players at this position.

Carlton continue to be the best team to target in the ruck giving up an unbelievable 117 points per game to the oppositions number 1 ruckman. A sneaky pivot off this would be targeting Richmond who are now without Toby Nankervis.

Ivan Soldo (MB $4,000, DS $7,500) / Noah Balta (MB $4,000, DS $6,040) will be taking over the ruck duties for the Tigers with Toby Nankervis out this week. It isn’t the best matchup for a ruck against Ben McEvoy, however both players are priced to cheap for the role. I lean Soldo as the player who will get the most ruck time, but Balata should provide a chop out and still return value at his price point.

Joe Atley (MB $3,800, DS $5,000) is the younger brother of Shaun Atley. Drafted in 2016 he played 3 games in 2017, but has yet to be back in the senior side since. During those 3 matches he averaged just 44.6 fantasy points, but with a few years maturity this should increase. He has shown the capacity to find the football in the SANFL averaging 26 touches and 81.8 fantasy points through 6 games this year. This is also the top matchup in the league for midfielders.

Sam Powell-Pepper (MB $6,700, DS $10,880) is another Port player who factors to benefit from an elite matchup. With Ollie Wins out Powell-Pepper should get plenty of time in the pivot and it is also expected to rain heavily in Adelaide on Sunday, which plays right into the his game style.

Tom Rockliff (MB $9,100, DS $16,560) is my lock and load premium play on this slate, and is likely to be one of the more popular plays. Everyone saw what Clayton Oliver did as in inside midfielder against Gold Coast last week posting a massive 160+ points. As mentioned above the Gold Coast are giving up an insane 121 points per player to the oppositions top 3 scoring midfielders, and Rockliff brings a huge 160+ point upside.

James Sicily (MB $8,500, DS $13,010) is the defender to roster to take advantage of the matchup against the Tigers who have been leaking points to backs all year. He brings GPP winning upside with three scores of 111+ points from his last 5 games. 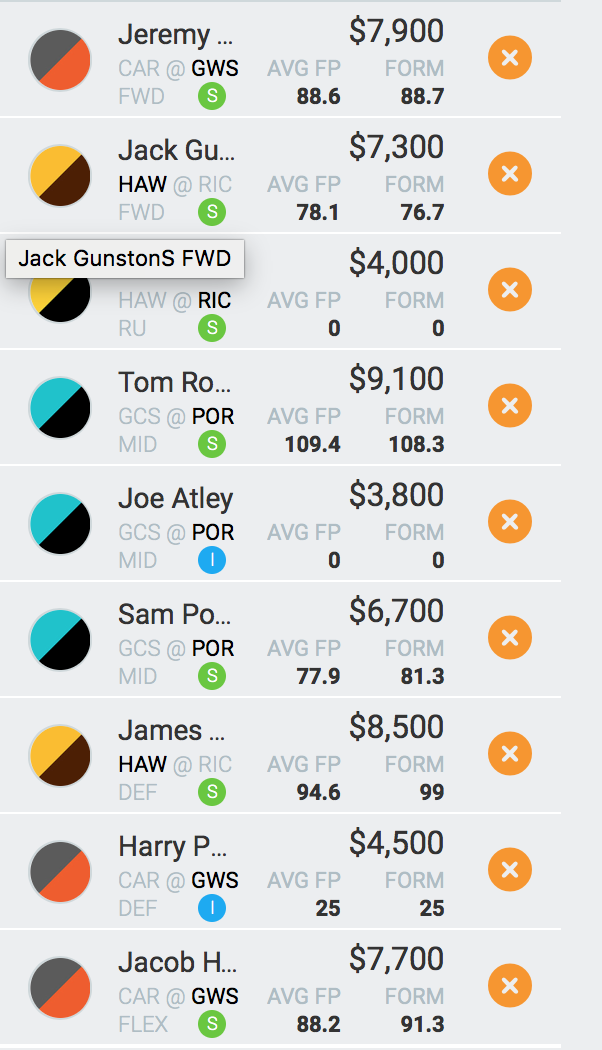