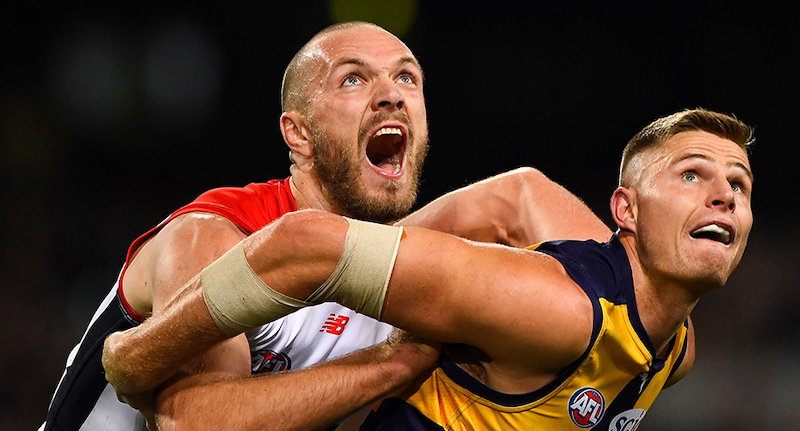 Round 9 of the 2019 AFL Premiership Season commences on Friday night with a rematch of last season’s Preliminary Final between the West Coast Eagles and the Melbourne Demons at Optus Stadium in Perth.

Check out episode 14 of the DFS Down Under show with Smatho and Hef as they take an in depth look at this match as well as covering all the news in a massive week of DFS!

CHECK OUT OUR EAGLES VS DEMONS CHEAT SHEET

The graphic below shows us that the Demons give up the fourth most fantasy points per week to opposition teams, while the Eagles give up the 10th most. However, the Demons are trending down over the past five games and actually concede one point less over that period compared to the Eagles, making this a very interesting match-up to break down.

The midfield is probably the most difficult area to get a read on in this fixture. While the Demons do give up five more points to opposition midfielders compared to the Eagles, it’s not significant enough for us to really exploit anything in our opinion.

The forwards are one area that we’ve found great success in attacking the Demons this season. They’ve given up the most to opposing forwards by any team this year, seven more per player to that of the Eagles. However, once again we see that the Eagles are trending upwards in this area, while the Demons are tightening the screws.

One area that you really have to keep mindful of in this fixture is the rucks. Through the effort of Max Gawn, the Demons have clearly given up the least points to opposition number one rucks this season. Their 62 per game is a whopping 25 points better off than the Eagles.

Jay Lockhart ($4,800 MB, $9,230 DS) – What a pick this young man has been for DFS players in the past two weeks. Scores of 100 and 92 make him an absolute lock for all your line-ups at the very cheap price of $4,800 at Moneyball. The 23-year-old is yet to earn himself a Wikipedia page, but he’s certainly got a spot in our line-ups on Friday night. We’ve used our flex slot on him, but you can pick him up in defence.

Daniel Venables ($4,200 MB, $7,050 DS), Oscar Allen ($4,700 MB, $7,200 DS) – With the Demons giving up the most points to opposition forwards this season, we’ve taken a look at the cheaper Eagles forwards that might be able to take advantage of this. Both Venables and Allen fit the bill and are likely to score at a higher rate than their pricing suggests. You may not want to go with both, but it’s certainly worth selecting one of them to free up cash to spend elsewhere.

Brad Sheppard ($7,600 MB, $12,040 DS) – Probably our favourite mid-priced play from this match comes in the form of Brad Sheppard from the Eagles. He’s scored 80+ in seven of his eight games this season and is likely to be down in ownership due to his poor 46 in Round 6 against the Cats. Further, the Demons have leaked the second most points to top 3 backs over the past five games, which gives us even more confidence in this play.

Max Gawn ($9,700 MB, $14,910 DS) – Big Maxy gets a relatively soft match-up against the Eagles rucks this week. Since his 68 to start the season, Gawn has never dropped below 90 en route to an average of 104. He’s also a good premium to have simply because you don’t want to be stuck with an Eagles ruckman, considering Gawn and the Dees give up the least points to rucks in the AFL. 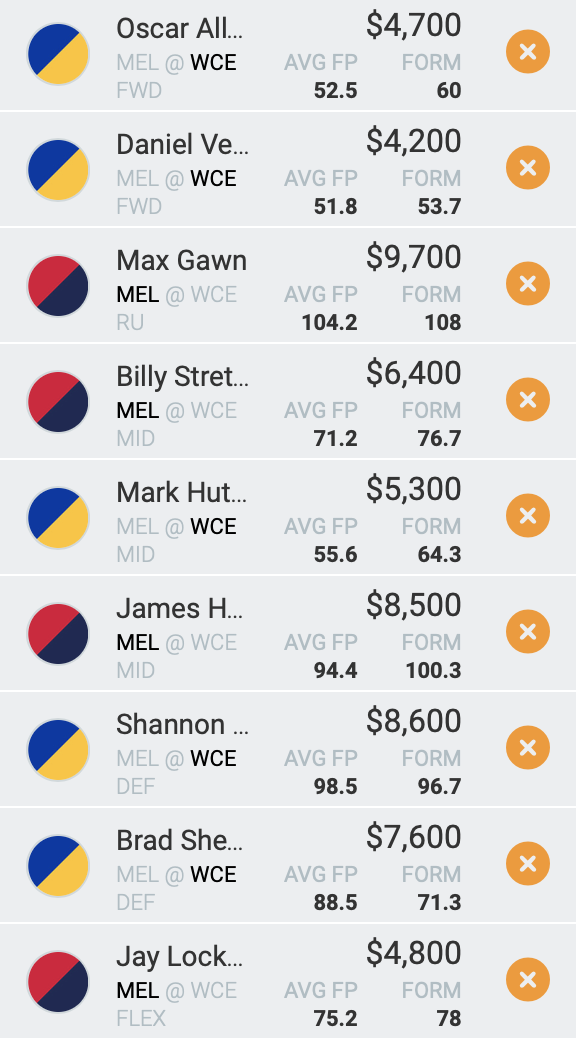