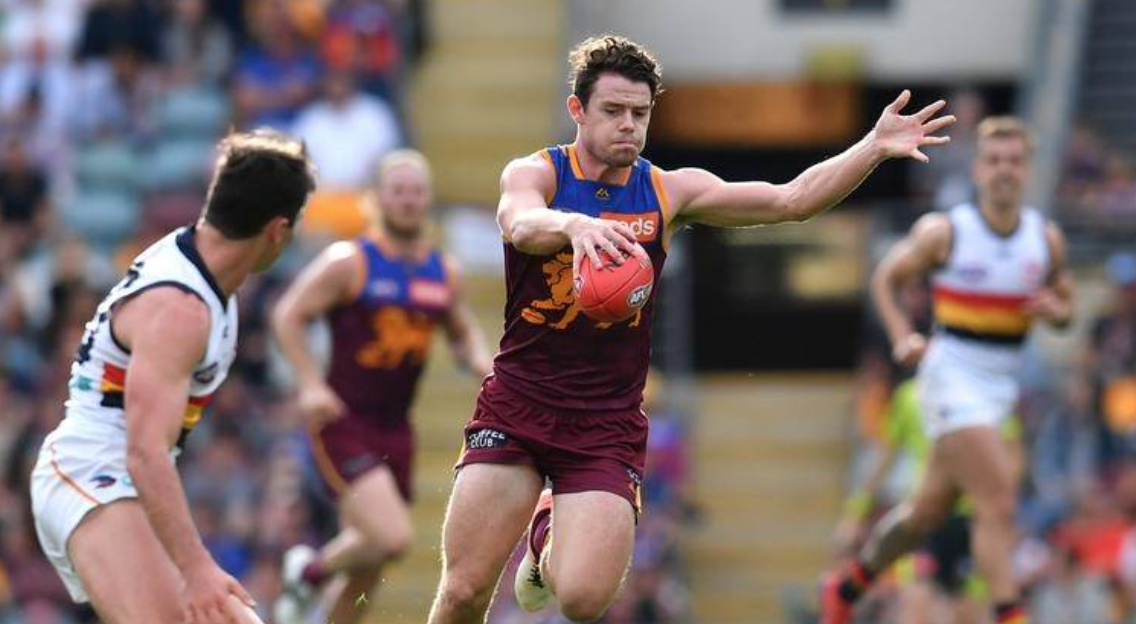 Finals footy is upon us and each game has received a major single game DFS contest across both platforms. We will be breaking down each individual game to help you pick the best possible team. The final game of the first week of finals is Brisbane vs Richmond at the Gabba on Saturday the 7th of September, at 7:25pm AEST. The major contests include:

Smatho and Big Hef from the DFS Down Under Show broke down this matchup between Brisbane and Richmond discussing their DFS plays. Check them out here!

CHECK OUT OUR BRISBANE VS RICHMOND CHEAT SHEET HERE

Richmond gave up the fourth most points in the league this season and conceded the most 100 point scores in the entire AFL. However, the bulk of these scores were conceded early in the year as the Tigers battled injuries and struggled with form. As you can see from our graph below over the past 5 weeks they gave up just 1,507 points per game, which was one of the lowest in the league for that period. Brisbane were consistently difficult to score against all year conceding the third lowest amount of fantasy points in the league.

All season targeting defenders against the Tigers has been a great play, particularly premium backs. They gave up 88 points per game to the oppositions top three scoring defenders this season (the 5th highest mark in the league), and while they have been much harder to score against overall in recent times, this number has actually increased to 90 points per game over the last five rounds.

The ruck position is a clear winner with Brisbane's two headed monster of Stefan Martin and the Big O being a tough proposition all season. The duo has conceded the fourth lowest points in the league to the opposition number 1 ruck at 80 points per game. Meanwhile Richmond’s continue to be weak at the ruck for the second year in a row giving up 94 points per game, the fifth highest in the league. Toby Nankervis is in the frame to return for the first final, however that shouldn’t help things from a fantasy perspective as Nankervis gave up the second most points in the league last season.

All clear for both sides as neither Brisbane or Richmond have employed a tag all season.

Cam Rayner (MB $4,100, DS $6,670) is worth highlighting at this stage due to his recent form to end the season. In four of his last five games he has gone 50+, which doesn't sound like much, but is enough to pay off his salary in a single game slate. In a heavily contested game against the Tigers in round 23 he had 8 tackles and finished with 74 fantasy points. Richmond have also given up the 5th most points to forwards in the league this season.

Shane Edwards (MB $7,100, DS $10,330) has moved into a significant midfield role for the Tigers this year. From Round 20 onward he has averaged 20 center bounce attendances and this has resulted in an average of 94 fantasy points per game from these four matches. He is under priced for this level of output and on a slate where we will need to find mid priced gems he stands out to me.

Luke Hodge (MB $6,100, DS $9,910) is my sneaky play on this slate. He should be low owned for a single game slate and not only does he bring the finals experience where the young Lions are likely to trust him with ball in hand as they setup play from the back line. He also draws one of the top matchups in the league for defenders against the Tigers who have given up the 5th most points in the league to the position. In round 23 against Richmond Hodge had 24 touches for 85 fantasy points.

Stefan Martin (MB $8,000, DS $12,930) has shown he isn't dead just yet as the 2019 season closed out. Posting 90 or better in each of his last four games, despite having Oscar McInerney back in the lineup as a chop out. While 90 isn't a huge score at his salary this is more of a battle between the two options on a single game slate, and given how hard it has been for rucks to score against Brisbane this season I think the 90-100 point range from Martin will be enough to win the fantasy battle.

Lachie Neale (MB $9,100, DS $14,690) has had one of the best seasons of his career putting himself into Brownlow contention and averaging just under 105 fantasy points per game. The only thing that has stopped him this year has been tagging attention from the opposition. In his 11 games since round 12 he has gone under 100 points in just one game where he wasn’t targeted by the opposition. In the 7 games during this stretch where he had no real run with role he averaged 118 fantasy points. As mentioned above Richmond have not tagged once in two years and we got a glimpse of what that looks like in round 23 against the Tigers where Neale posted a season-high 162 fantasy points from 51 possessions. 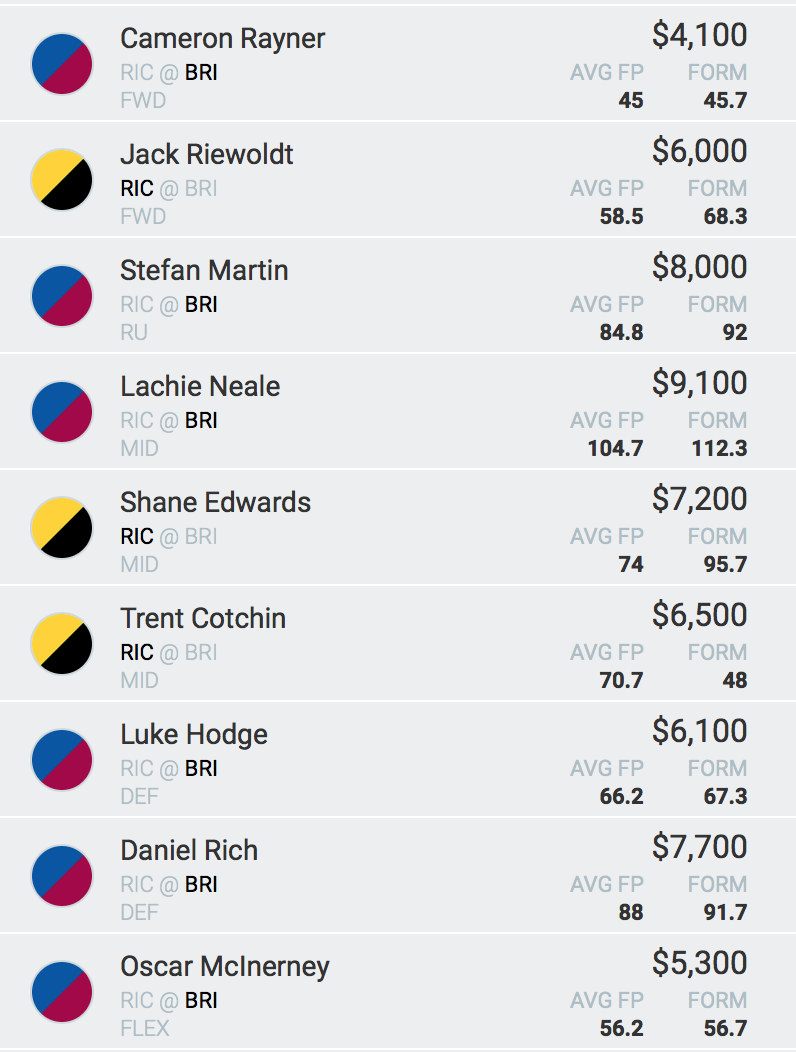