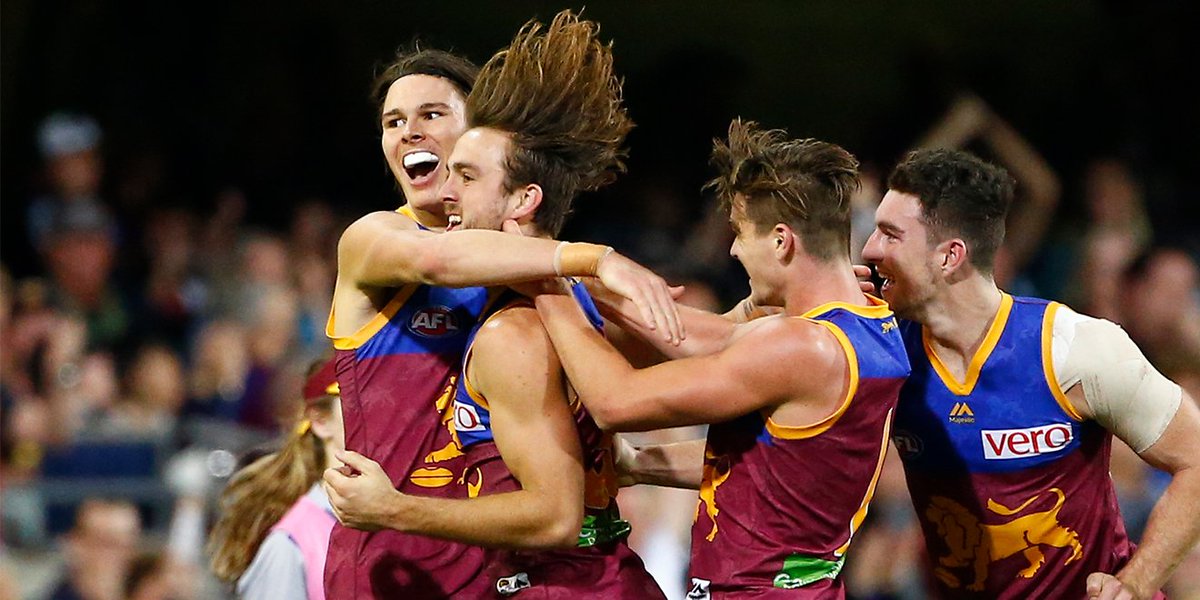 Next up is the Brisbane Lions, who look to be a team on the rise in 2019 as they push towards their first finals berth since 2009. 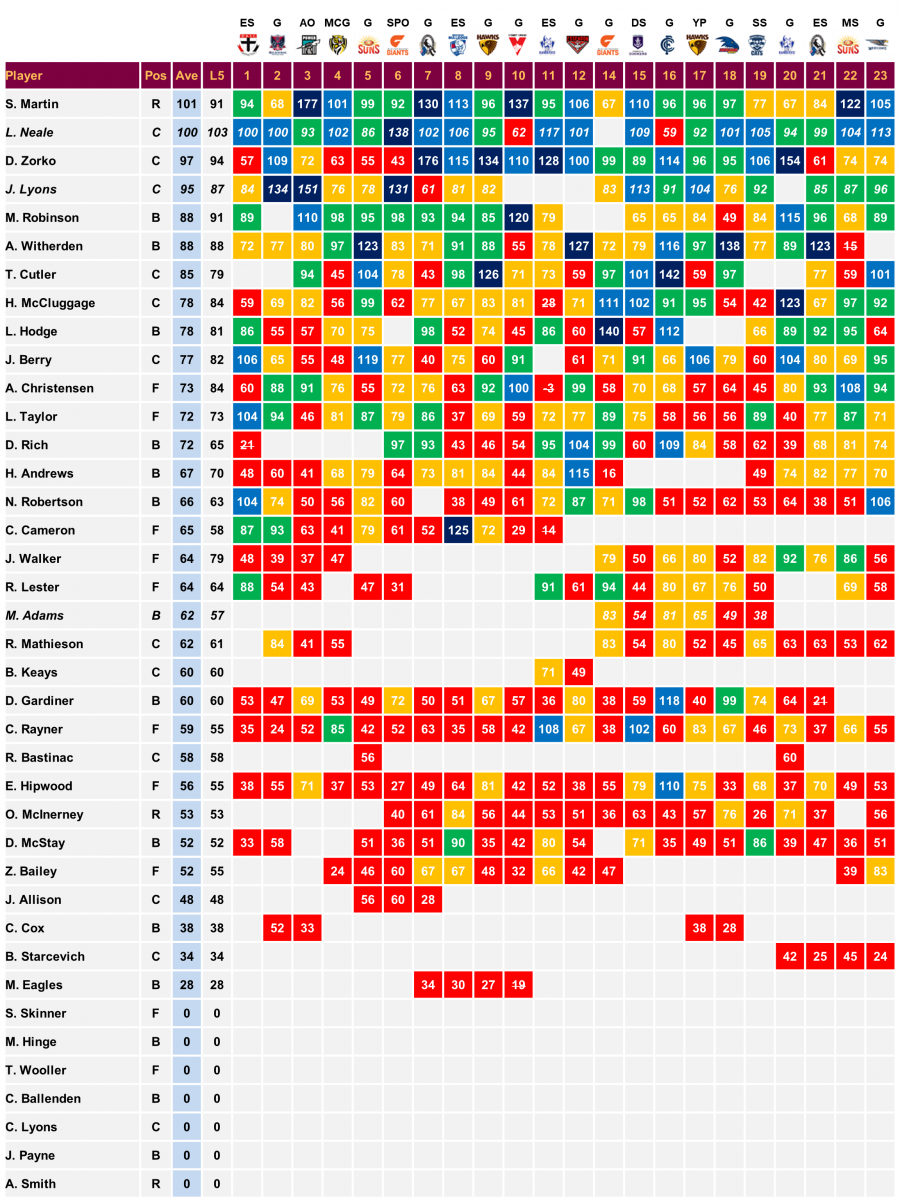 The biggest acquisition in the off season for the Brisbane Lions was that of All Australian Lachie Neale from Fremantle. It was much needed to replace the loss of Dayne Beams, and as a result Neale should play a similar role to that he played at Fremantle where he averaged 100+ fantasy points in each of the last four seasons.

The Lions also picked up out of favour inside midfielder Jarryd Lyons from the Gold Coast. While Lyons averaged a solid 94 fantasy points per game during his two years at the Suns he has shown significant scoring upside that could be unleashed with a stable role in the Brisbane engine room. Monitor his round 1 price for value given Lyons tailed off to end last season, averaging 87 fantasy points from his last five games.

The Lions drafted Ely Smith at pick 21 in the 2018 draft. Smith is a big bodied midfielder who found a lot of the football at a junior level averaging 94 points in the NAB AFL Under Championships and 86 in the TAC Cup. However, if he debuts this season be wary of his role as it is unlikely he will play much midfield time right away.

The Lions have several breakout candidates on the horizon headlined by the 2017 number draft pick, Cameron Raynor. Raynor played 22 games in his debut season and averaged 58 fantasy points meaning come round 1 he should be priced relatively cheaply. With another preseason under his belt and prospect of more time through the midfield Raynor is an obvious candidate to return value in the early part of the season.

Jarrod Berry is the next Lion youngster highly touted for a breakout season. The 17th pick of the 2016 draft Berry is entering his third season, which has historically always been the year it all comes together. There have been huge wraps on Berry’s preseason coming out of the Lions camp and with increased opportunity in the midfield I expect Berry should significantly improve on his 77 point average from 2018.

The Lions rarely employed a tag during 2018 and don’t necessarily have a player in their best 22 who fits this role. The four times they did tag they actually gave up +5.75 fantasy points per game, however this is primarily driven by Jack Steven’s 133 fantasy points in round 1 where he had a soft run with role on him by Nick Robertson. The other three jobs were done by Jarrod Berry who was able to hold the likes of Patrick Cripps and Rory Sloane well under their season average.

For Lions themselves Dayne Zorko has had significant difficulty playing through a tag and as a result was subject to the treatment 9 times in 2018. Across these games he averages -12.16 fantasy points compared to his season average and as such it is critical to consider the opponent before rostering him.

Despite finishing 15th on the ladder the Lions were surprisingly stingy when it came to conceding fantasy points giving up the 8th fewest in the league overall. They gave up the second fewest points in the league to backs at just 62 per player per game:

Stefan Martin continued to be difficult to score against in the ruck with the Lions giving up the second fewest points in the league to the number 1 ruck:

If there was one position you could attack them at it was with forwards as they gave up the 6th most points to the position and the 5th highest average of top 3 forward scores per game: 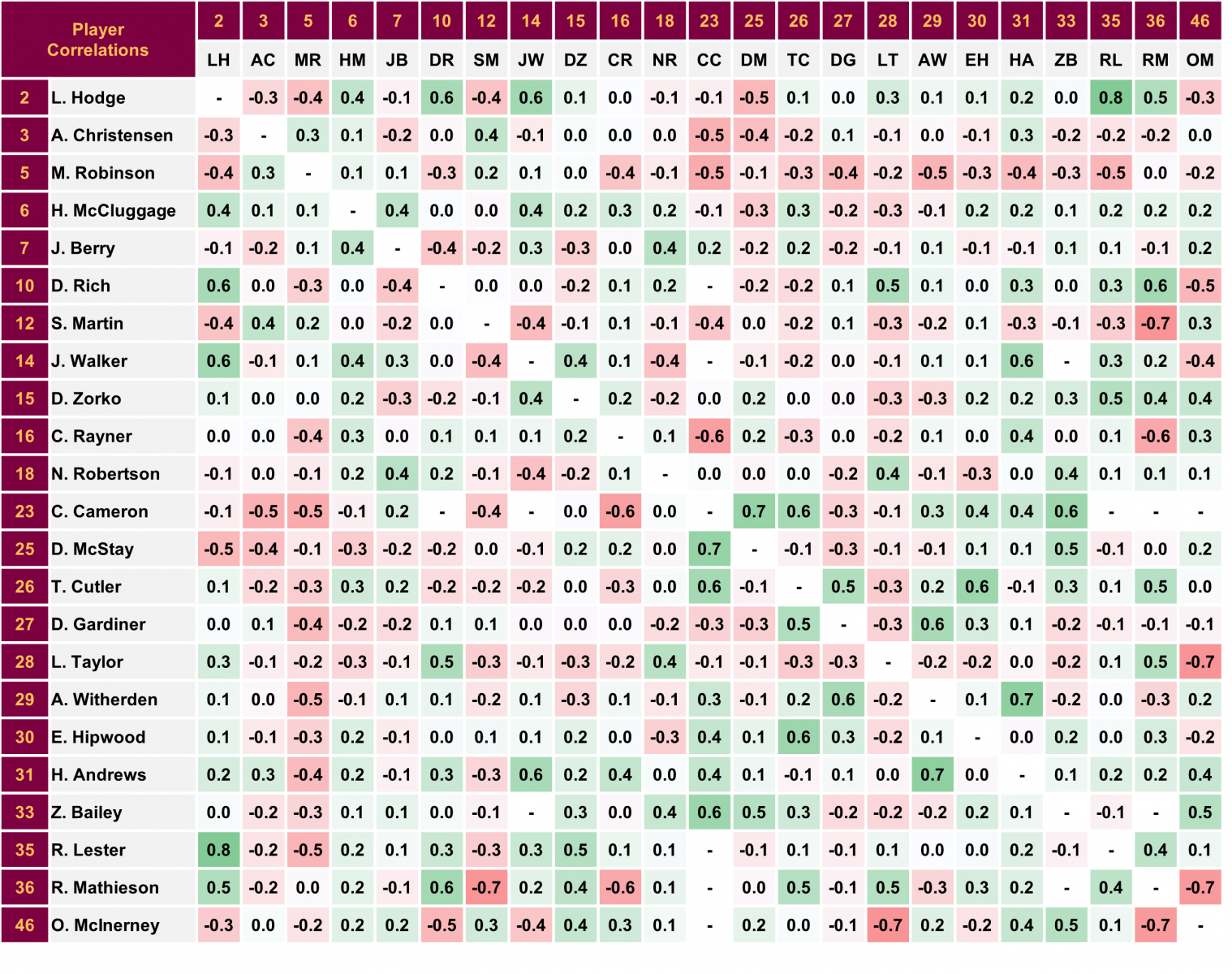 Young guns and break out candidates Jarrod Berry and Hugh McCluggage developed a strong correlation together in 2018 along with Tom Cutler as they all linked up on the outside together. They are three players that you might consider if you are stacking Brisbane Lions in the early rounds.