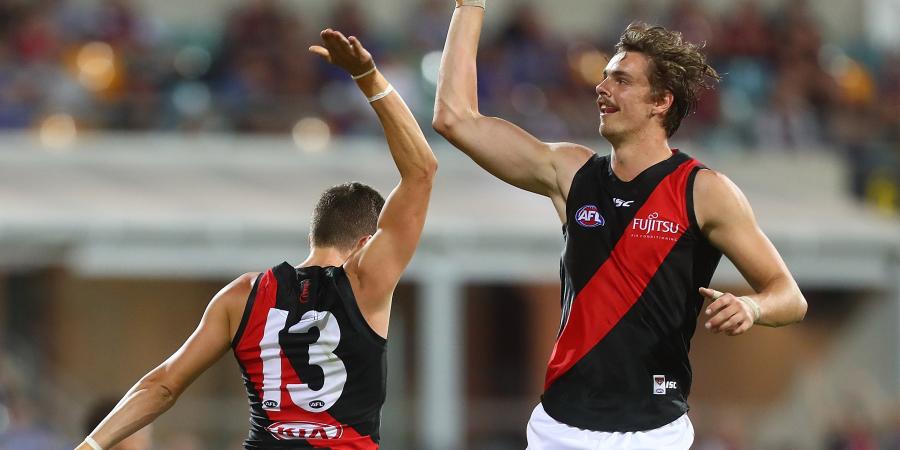 Essendon finished the 2018 season going 10-4 from their last 14 games, but due to their poor start they still missed the finals. In 2019 they are again expected to push for a finals berth after solid additions in the off season. 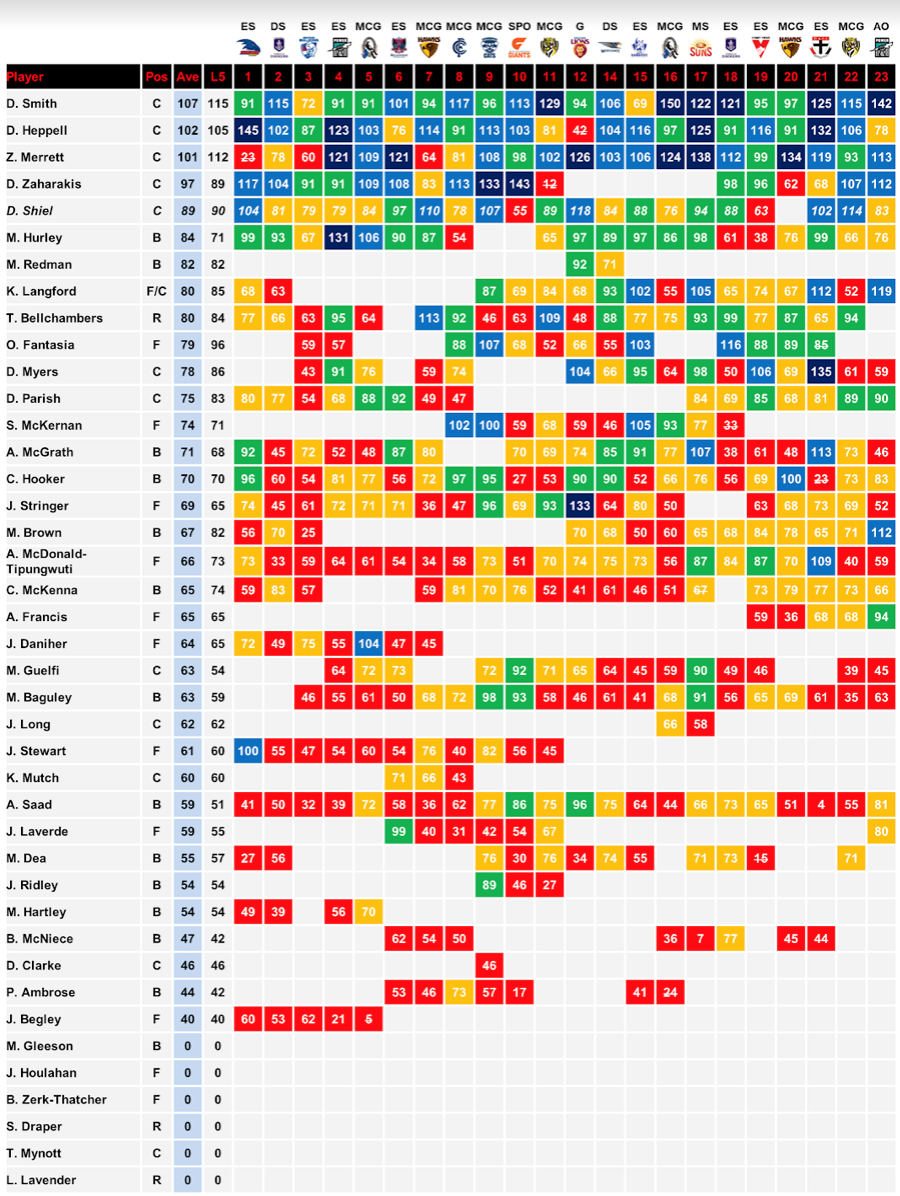 Essendon had a major addition during the off season acquiring Dylan Shiel from Greater Western Sydney. Shiel will slot right into the Dons midfield rotation as an inside player and it will be worth considering whether his inclusion will result in any decline of other players. Shiel averaged 25.9 touches in 2018.

It is worth noting that Brendon Goddard also retired after the 2018 season. This will open up an opportunity for an outside role across the half back flank where Goddard averaged 22 disposals in his last season.

The first pick in the 2016 draft, Andrew McGrath, looks set to break out in his third year as he projects to get more midfield time this season. In 2018 he averaged just 71.4 fantasy points playing primarily off the half back flank, as a result he should be priced well for a player with his talent being moved into the midfield. In Essendon’s two JLT games he averaged 84 points from 76% game time while playing that midfield role we are looking for.

The final sneaky value option early in the season is Adam Saad. He is a player who is likely to benefit from the new kick out rules as a result of his dynamic pace. Saad averaged just 59 fantasy points in 2018 indicating he should be priced cheap and he is likely to pick up extra points purely from his kick in duties. He also looked lively through JLT averaging 75 fantasy points and topping 20 disposals in both contests.

Essendon have not been a team to employ taggers, only using such a strategy once in 2018 where they gave Devon Smith the role of tagging Steele Sidebottom on ANZAC day.

On the Bombers side Zach Merrett is the most commonly targeted player having been run with four times in 2018. In these four games he averaged just 80.5 fantasy points, which is just under 20 points below his 2018 season average. With Dylan Shiel now on the team he might take some attention away from Merrett, however it is still worth being wary of opponents with dedicated taggers in the lineup.

Essendon were not a team to target in 2018 where they conceded the 5th lowest fantasy points per game to opponents. This was even more evident late in the season where they gave up the least amount of points across the last five games.

Essendon were stingy across all positions, however midfield was an absolute no go zone vs the Dons who gave up the least points in the league to the position in 2018. 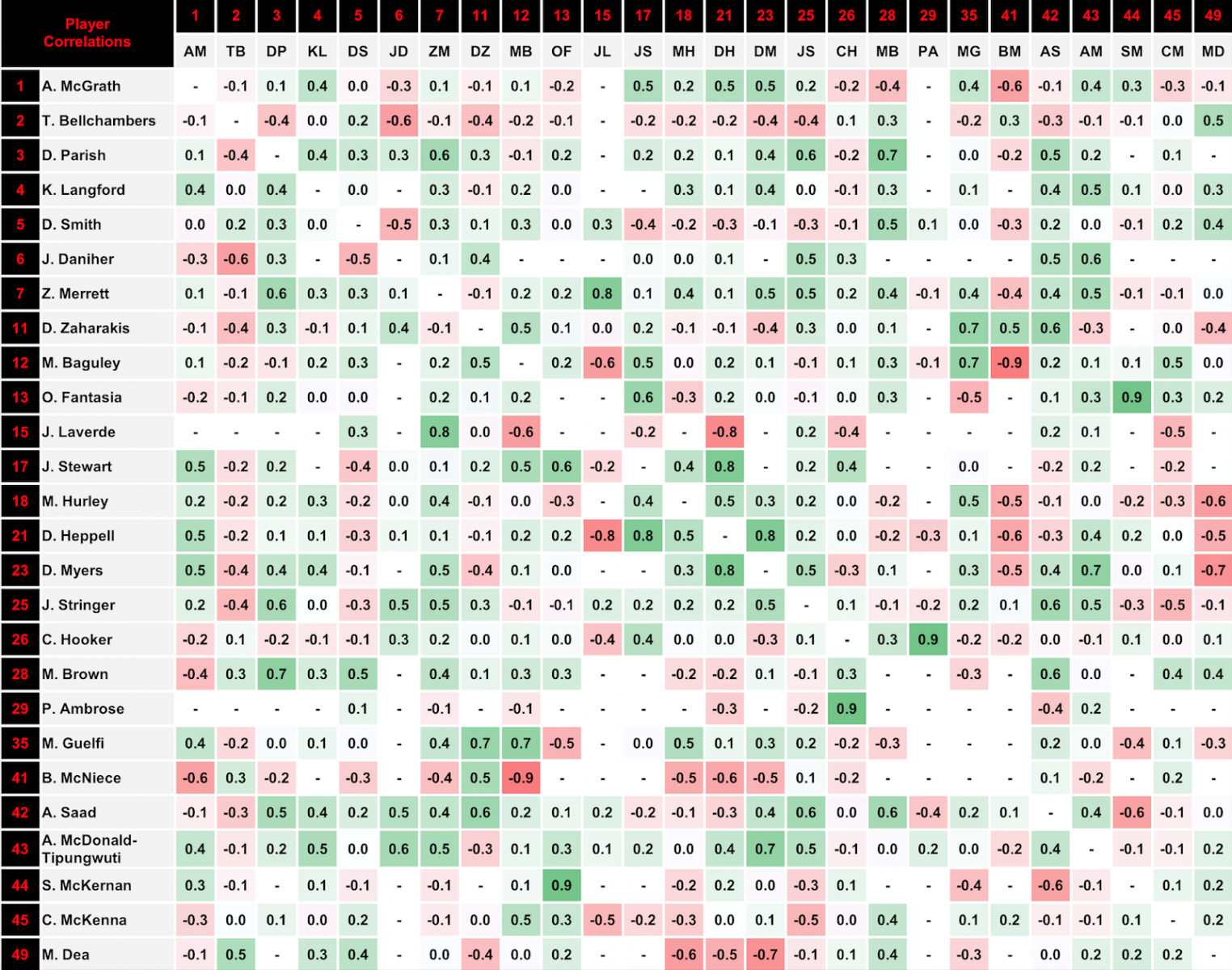 Somewhat surprisingly three of Essendon’s highest scoring midfielders in Zach Merrett, Dyson Heppell and David Zaharakis do not correlate well together despite all collecting a plenty of ball on the outside. As a result I would be wary about including all three in your Bombers game stacks. Alternatively linking Dyson Heppell with Michael Hurley was a strong play in 2018 with the two possessing a correlation of 0.5.