The 2019 AFL season is just around the corner with the first bounce of the season set to occur Thursday night on the 21st of March between Richmond and Carlton. With the countdown to round 1 on we will be providing a DFS preview for each of the 18 teams to make sure you have the edge right from the first match.

Geelong will be looking to bounce back this season after a disappointing 2018 where they just snuck into the finals and were ousted in the first round by Melbourne in convincing fashion. There looks to be some shake up in the rotations this year as the Cats look to enter the next era of their team. 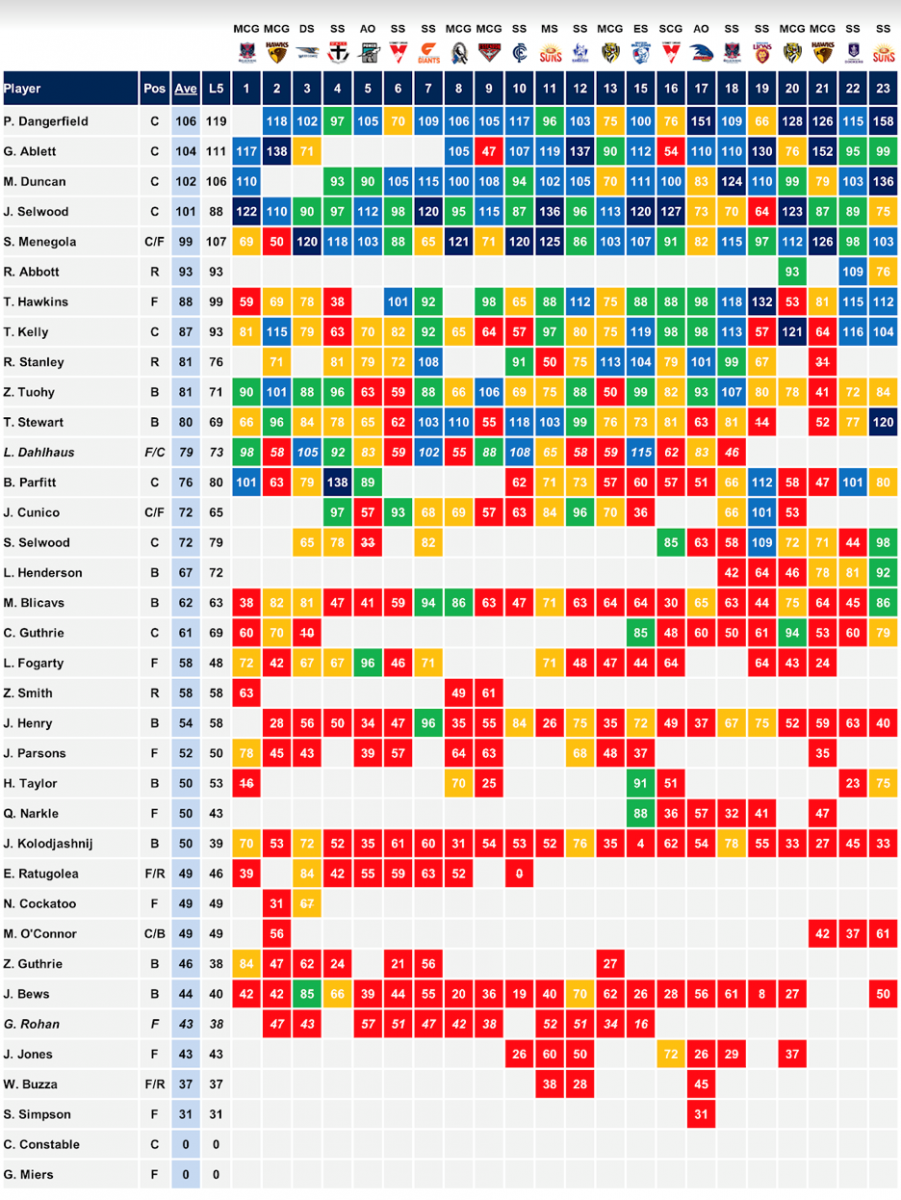 The Cats biggest off season acquisition was the signing of free agent Luke Dahlhaus. He will be rotating between forward and mid field similar to the role he played for the Western Bulldogs. Last year Dahlhaus averaged just 78.5 fantasy points which was his lowest mark since 2013. The amount of mid field time he gets will dictate whether he can return to the 90+ mark that he held during his peak seasons. He averaged 90.5 points in two JLT games.

Geelong’s other fantasy related pickup of note was Jordan Clark who was taken with the Cats 15th pick in the 2018 draft. Clark is a skillful half back who averaged 70 fantasy points in the NAB AFL U18 Championships and 68 in the WAFL during 2018. He fit right in during JLT averaging 69.5 fantasy points and looks a strong chance to be in the lineup come round 1.

Brandan Parfitt looks like the number one candidate on the Cats list for a breakout season as he hits his third year. The club has ear marked him for more mid field time, which has been notable during the JLT where he attended the third most centre bounces in the match against Essendon.

The likes of Parfitt and Kelly playing more midfield time, and the addition Dahlhaus will come at the expense of other more established Cats players. Most notably Gary Ablett Jnr is expected to play significantly more time up forward this season. As a result he is likely to see a decline in fantasy scoring from his 103.8 point average in 2018 and should be a hard fade early in the year.

Geelong employed a tag just four times in 2018 with Scott Selwood being primarily responsible. The Cats were largely unsuccessful at reducing scoring through tagging conceding 4.9 points per game above the tagged players season average.

On the Cats side Joel Selwood was the most commonly tagged player, drawing a tag on 4 occasions in 2018. In these four games he averaged 92 fantasy points which was 8 points below his season average.

The only position where Geelong displayed any weakness was in the ruck. The Cats were constantly trying to find their best ruck set up last season and amongst the changes they gave up 88 points per game to the opposition's number 1 ruckman. 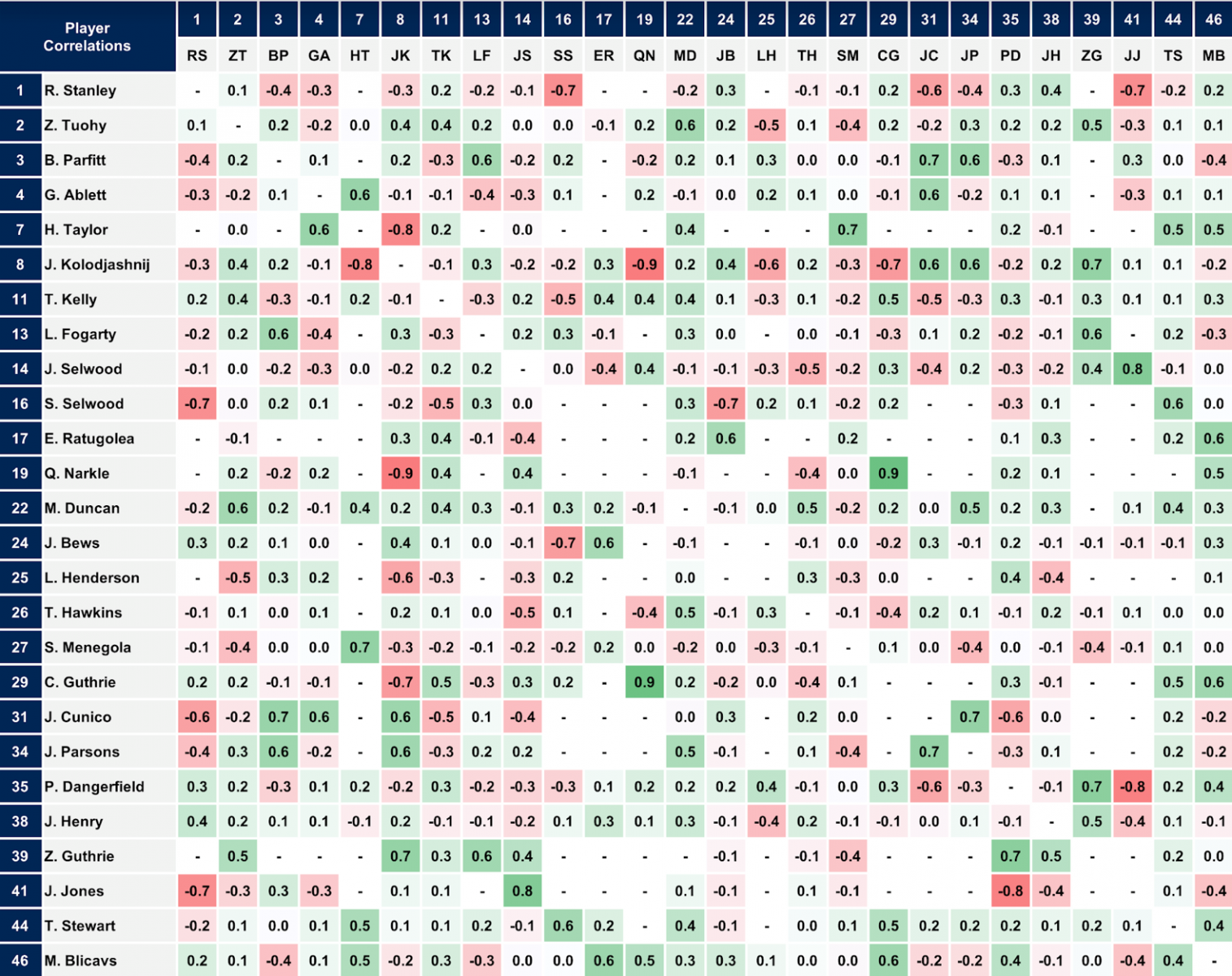 There are fewer better game stacks than loading up on Geelong players when they are getting an easy kill down at GMHBA stadium. A strong correlation from 2018 was Zach Tuohy and Mitch Duncan at a massive 0.6 as they linked up constantly on the outside in transition. Furthermore, Mitch Duncan also correlated well with Tom Hawkins. Using those three players as the basis for Geelong stacks in the right games would have set you up well for building successful teams last season.