Greater Western Sydney’s rise stalled in 2018 as they finished 7th on the ladder and made it through to the second round of the finals before falling to Collingwood. They continue to lose crucial players in the off season via trade and free agency, only to be replaced with their steady stream of high draft picks. 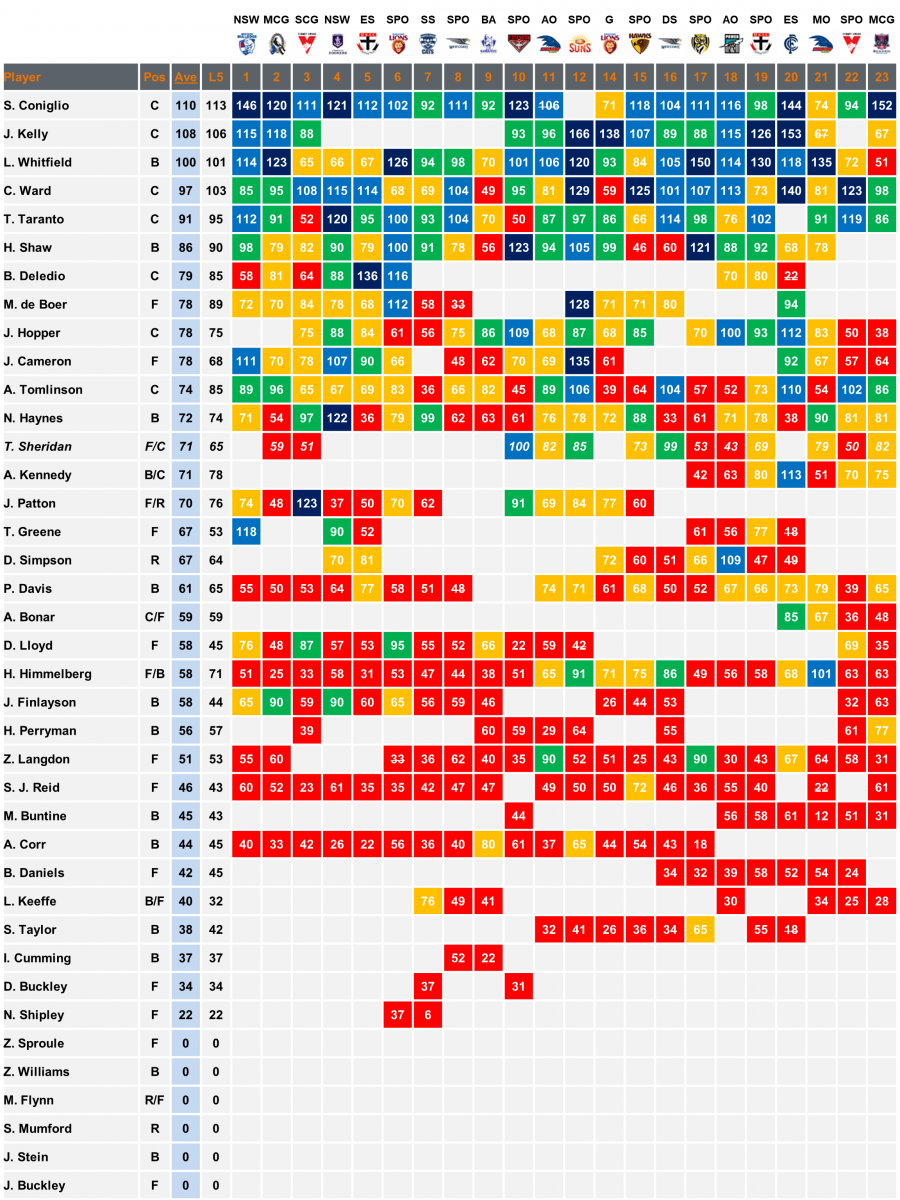 As is becoming a yearly tradition for the expansion clubs this off season saw a mass exodus for the Giants with Dylan Shiel, Tom Scully, Rory Lobb and William Setterfield all moving clubs.

Dylan Shiel will leave the biggest hole after averaging 89.1 fantasy points from 26.2 possessions in 2018. The biggest beneficiary from his departure is likely to be Tim Taranto who will secure a permanent role in the midfield. During 2018 Taranto excelled when the Giants were down a key midfielder averaging +7.9 fantasy points compared to his season averaged during the 7 games Josh Kelly missed.

In order to replace these outs the Giants again topped up with kids, taking Jy Caldwell with the 11th pick and Jackson Hately with the 14th pick in the 2018 draft. Both players performed well during the JLT and look set to play early in the season. There have been huge wraps on Caldwell with the expectation that he could line up in round 1 - his draft year was plagued by injury and he averaged just 37 fantasy points during the NAB AFL U18 Championship. Hately looks to be AFL ready after playing in the SANFL last season and averaging 83 fantasy points.

Harry Perryman is another player who should offer significant value in the early rounds based on an expected move to the midfield, particularly with Ward out to start the year. Perryman was a fantasy pig in juniors and has played through the middle in both the Giants JLT games averaging 84 fantasy points. He only 54.7 in 2018 meaning who should be listed at a bargain basement price heading into 2019.

The Giants tagged in just two games during 2018, targeting two of the most heavily tagged players in the competition in Dayne Zorko and Rory Sloane. They held them to an averaged of -24.75 fantasy points below their season average.

On the Giants side no player was singled out heavily, with Callan Ward being tagged the most of all players at just 2 games. Josh Kelly or Lachie Whitfield would appear to be the most likely targets this season so monitor the early season trends.

Greater Western Sydney were right in the middle of the pack in 2018 conceding the 9th most fantasy points in the league. They were particularly stingy to opposition midfielders giving up just 83 points per game per player, which was the 5th lowest mark in the league.

The one position they were susceptible to was in the ruck where they conceded 90 points per game to the oppositions number 1 ruckman. 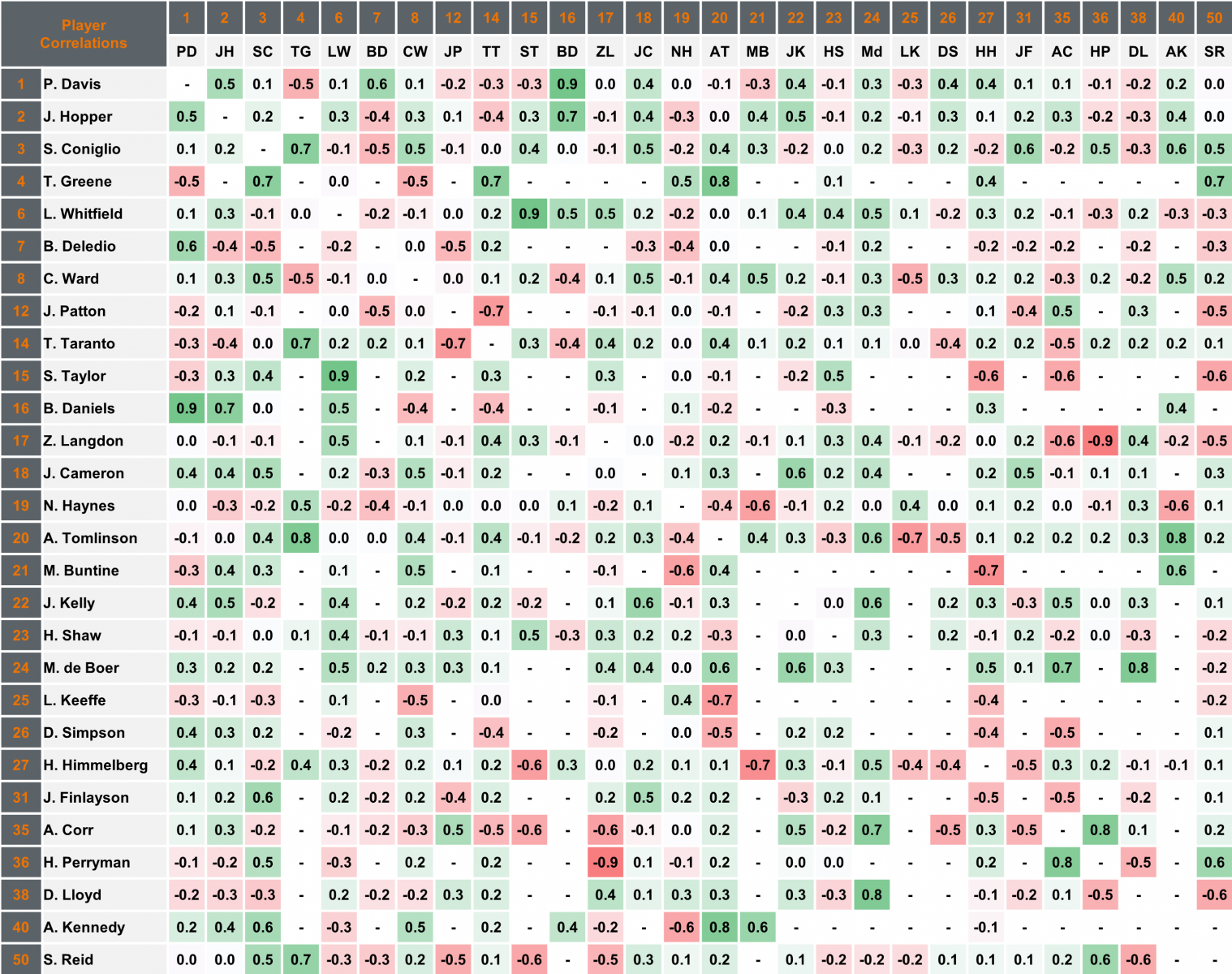 The Giants two top midfielders Stephen Coniglio and Josh Kelly had a -0.2 correlation with each other indicating that not only was their scoring output not linked but it typically came at the expense of the other player. This established clear lines of players to use for game stacks as Stephen Coniglio has strong correlations with Callan Ward, while Josh Kelly correlated well with Lachie Whitfield, giving you two variations of base options to start your builds around.