Melbourne were everyone's fairytale story in 2018 as they finally broke the finals drought finishing 5th and made it all the way to the preliminary finals before getting decimated by the eventual premiers. This year they will be looking to continue their rise and take it one step further to the grand final. 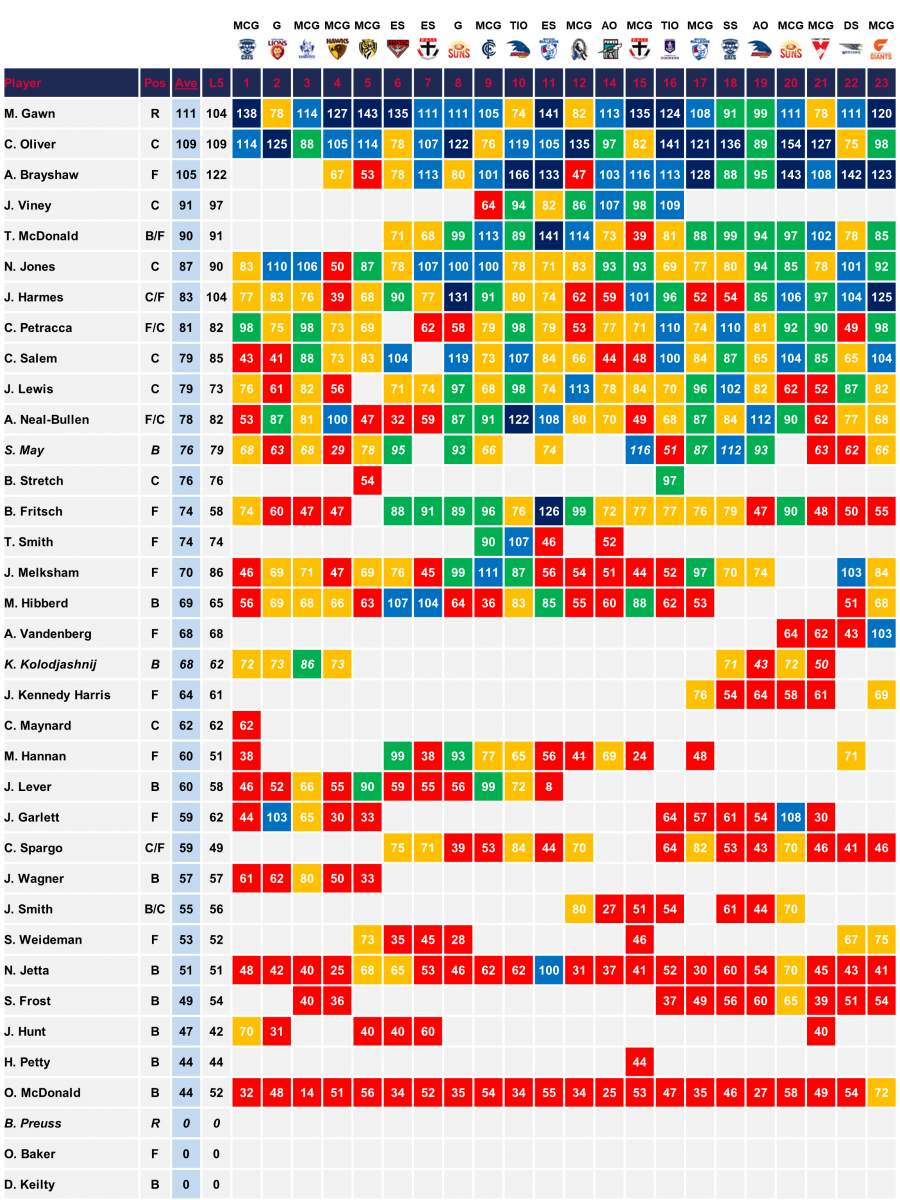 There were significant movements in the Demons list this off season headlined by the loss of key forward Jesse Hogan to Fremantle. This should open up opportunity for Sam Weideman, the 9th pick in the 2015 National Draft. Weideman played 10 games in 2018 and had a coming out party in their first final with 28 possessions, 3 goals and 118 fantasy points. He certainly should offer upside at a value price early in the season.

Dom Tyson also moved on to the Kangaroos, while Melbourne brought in Steven May and Kade Kolodjanshnij both of who won’t be available for round 1.

A final acquisition that could have fantasy repercussions was that of ruckman Braydon Preuss. There have been murmurs coming out of Melbourne that they will play Preuss alongside Max Gawn. Monitor this development as Gawns output would likely take a significant hit if he is playing in a two ruck setup.

Bailey Fritsch broke into the Demons lineup in a big way in 2018 debuting and playing 23 games. He averaged 74.4 fantasy points and I think this can increase in 2019. As a true utility his role is worth monitoring. Increased midfield time or the possibility of playing loose behind the ball as he did in their first JLT match against Richmond, where he scored 101 fantasy points, could make for a daily fantasy gold mine early in the season.

Christian Petracca is now heading into his fourth season of playing actual AFL games after he missed his first year with an ACL injury. He has now had plenty of time to build up his tank for longer stints through the midfield and 2019 could be the year where he takes the league by storm. The former number 2 pick in the national draft has as much talent as anyone on the Demons list and he is someone I will be looking to play early in the season.

Melbourne made tagging a big part of their strategy in 2018 behind their latest weapon in James Harmes who played a defensive role while still being able to find the football himself averaging over 21 disposals. All in all the Demons tagged 8 times last season and I would expect this number to increase with Harmes being utilised in this role for a full season.

On the Demon's side Clayton Oliver was the player tagged the most copping the attention in 5 games in which he averaged 93 fantasy points, which was -16 below his season average.

Melbourne sat around league average for points conceded in 2018, however they were quite susceptible through the midfield. They gave up equal second amount of points to the position at an average of 88 points per player per game.

The one position to completely avoid against Melbourne was the ruck. Max Gawn has become impossible to score against giving up the fewest amount of points to opposition number one rucks at just 73 points per game. 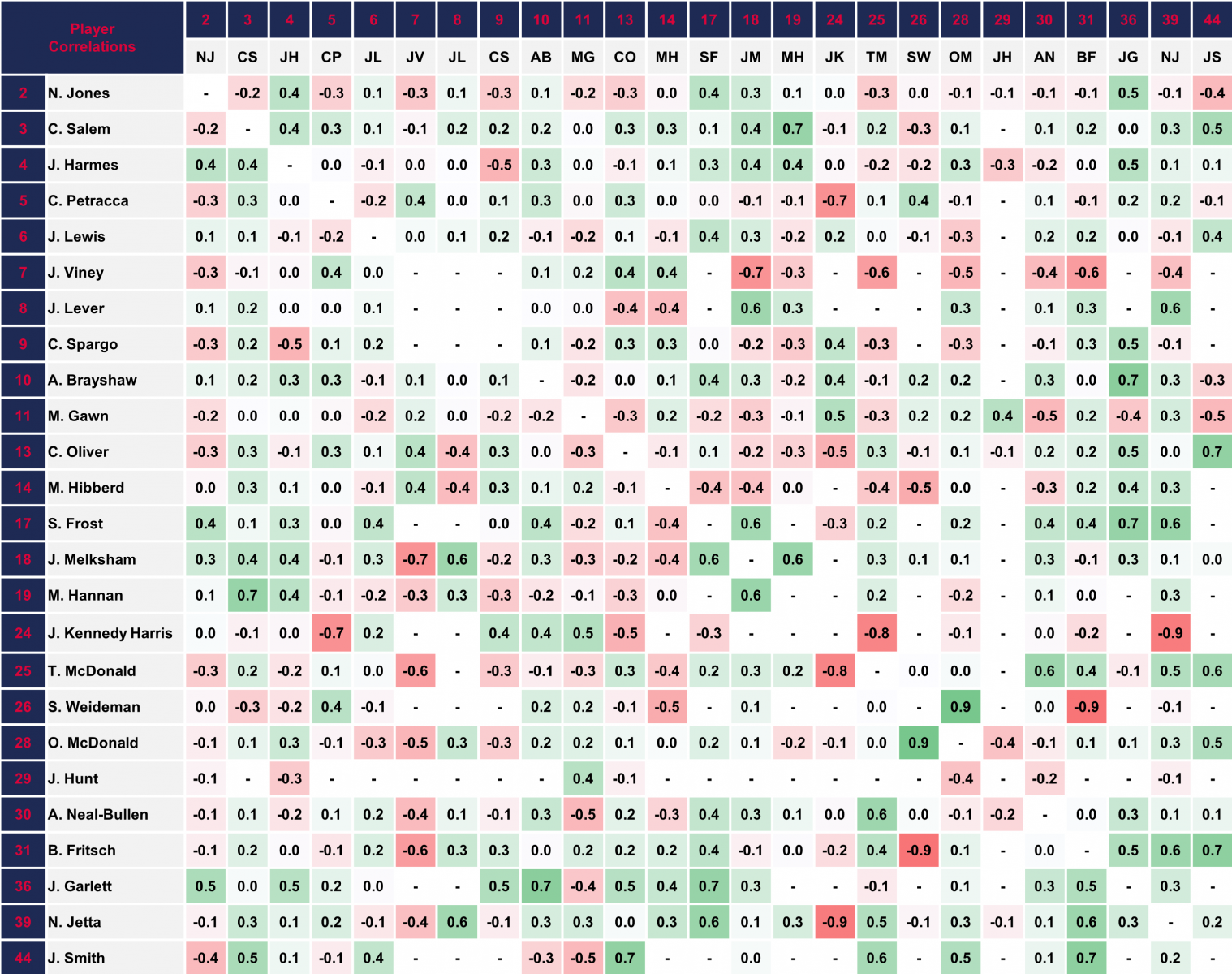 Christian Salem and Mitch Hibberd had one of the strongest correlations you will find in 2018 at a massive 0.7. They linked up on the outside both when Salem was playing on the wing and across half back. While Hibberd hasn’t been the strongest performer from a fantasy perspective this correlation will help you capitalise when he does have a strong game.