Richmond were everyone's pick to go back to back in 2018 until Collingwood stunned the football world eliminating them in the preliminary final. Despite this, the Tigers are favourites again for the 2019 flag as they attempt to redeem their finals blunder from last year. 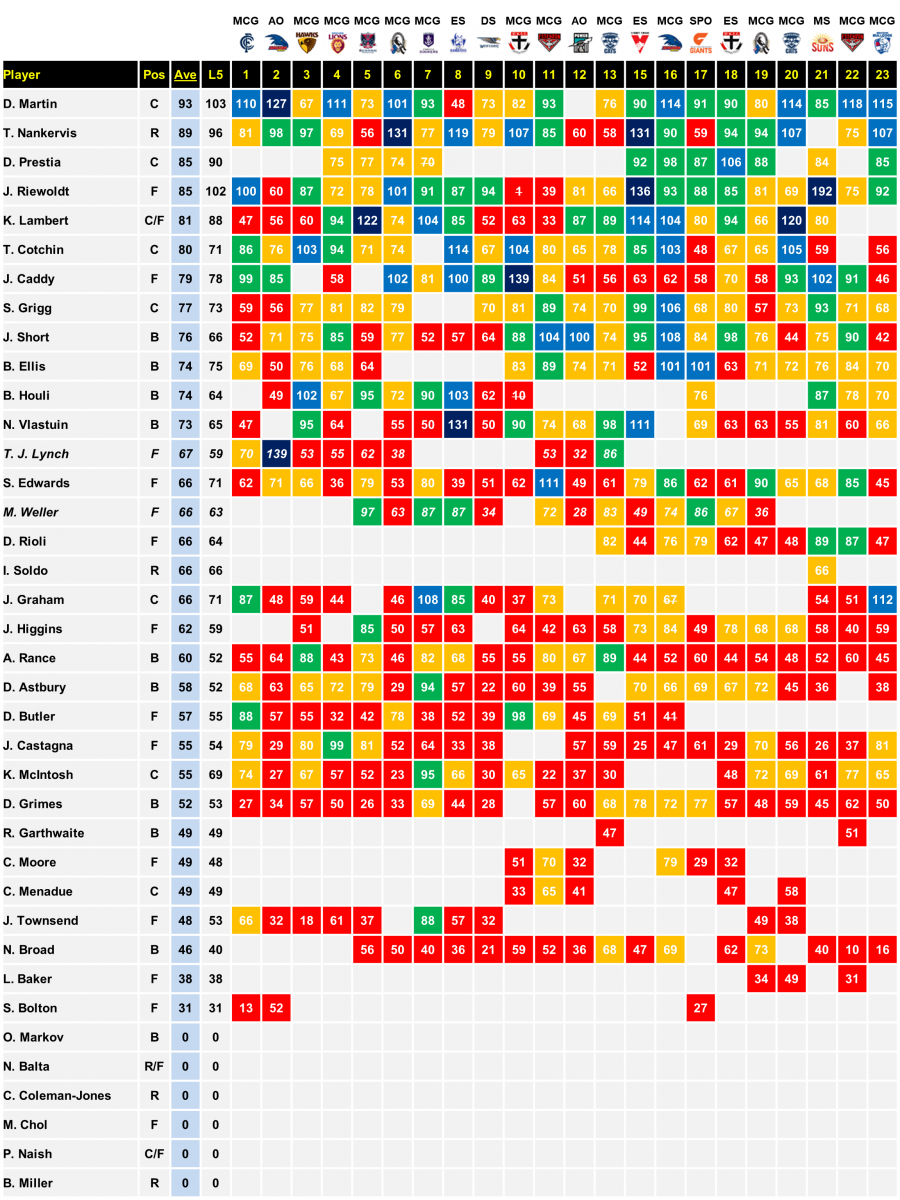 The Tigers went and reloaded up forward this off season bringing in Tom Lynch from Gold Coast to play alongside Jack Riewoldt. There has been a question mark over whether Lynch would be ready to play round after undergoing off season surgery, however he has indicated he is ready so all eyes will be on the selection table. Lynch will certainly see an increase from his 67 point average last year as he goes from one of the worst teams in the league to one of the best. It will be worth monitoring his impact on Riewoldt’s scoring early in the season as Jack will now be playing with another target inside the forward 50.

Richmond’s other big coup was Riley Collier-Dawkins with their first round selection in the 2018 NAB AFL Draft. Riley is unlikely to play early in the season and averaged a modest 46 fantasy points in the NAB AFL U18 Championship and 64 in the TAC Cup.

Tom Lynch is an obvious early season value play based on the reasoning provided above. In addition look at Jack Higgins to kick of the season as a player expected to rotate through the midfield more this year while still starting forward. During the JLT he was dominant averaging 95 fantasy points and he benefits from the same elite matchup as Castagna above.

If Tom Lynch is unable to get up for round 1 the JLT darling Noah Balta will be likely to debut. Balta is a raw talent, but in addition to playing up forward will spend time chopping out Nankervis in the ruck and has already showed upside posting 98 fantasy points in Richmond’s first JLT match against Melbourne.

Richmond notably did not tag one player in 2018 meaning you can feel comfortable rostering premium opposition midfielders against them.

On the Tiger’s side it was Dustin Martin who was the most targeted player drawing a tag on 4 occasions in 2018. In these four games he averaged 77 fantasy points, which was 15.9 points below his season average.

Despite finishing on top of the ladder through the regular season Richmond could still be targeted in daily fantasy as they gave up the seventh most points in 2018. The fact that the Tigers did not tag made them vulnerable to oppositions best midfielders giving up the 5th highest top scores to the position last year.

The best position to attack the Tigers was through the ruck where Toby Nankervis gave up the second most points to the oppositions number 1 ruck at 99 points per game.

Forwards were the position to avoid with the Tigers defense locking down on the opposition and holding them to the 6th fewest fantasy points in the league. 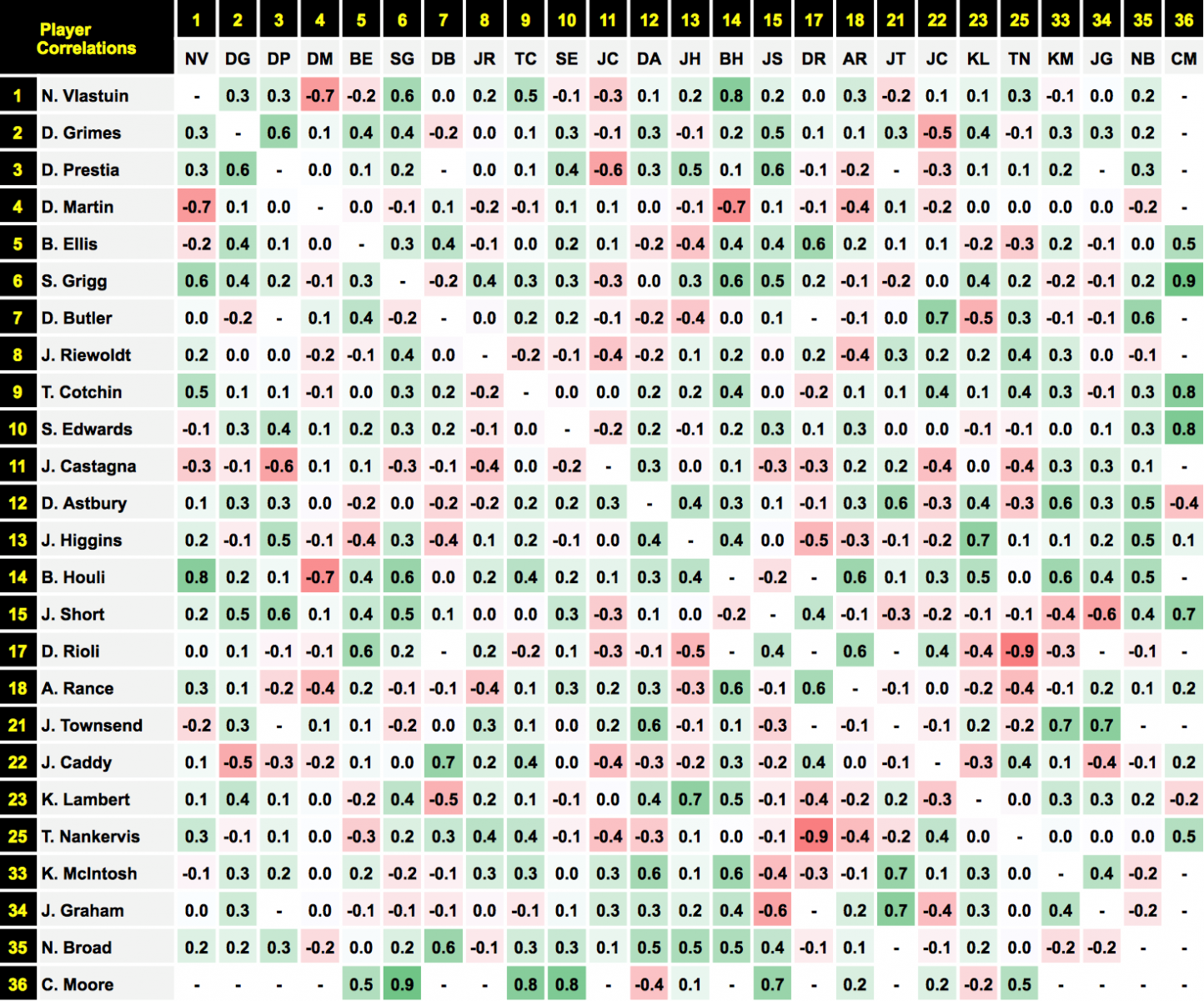 My favourite players to roster in game stacks for the Tigers include Nick Vlastuin and Bachar Houli who regularly link up across the back line and had a massive positive 0.8 correlation in 2018. Up forward Jack Higgins and Kane Lambert held a positive 0.7 correlation making for an attractive pairing.