Despite making the finals Sydney’s season ended in disappointment with a 49 belting in their elimination final against Greater Western Sydney. Will this year finally be the year the Swans fall down the ladder and miss the finals or will the Sydney machine continue and see them bounce back in 2019? 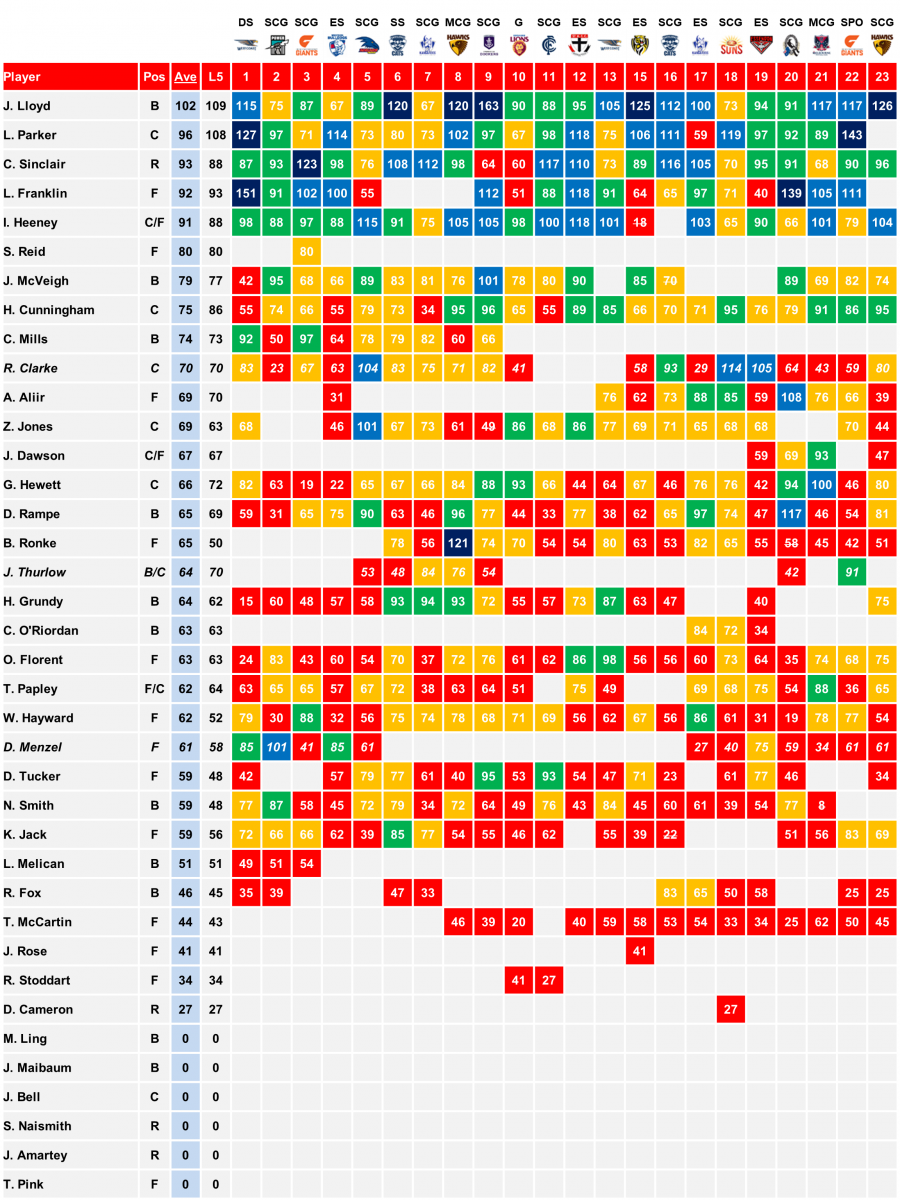 Sydney had a high level of turnover with their biggest loss to the roster being midfielder Dan Hannebery who signed with St Kilda. Hannebery was not the player he used to be in 2018, averaging just 59.8 fantasy points in the 14 games he played. That said his loss still opens up a position in the midfield that he had held down for the past 6+ years.

Ryan Clarke, acquired from the Kangaroos by trade this summer, is the top candidate to fill the vacated position through the midfield. Selected 31st overall in the 2015 national draft, Clarke averaged 19.7 possessions for the Kangaroos in 2018 while being predominantly used across half back. Sydney plan to use Clarke more as an inside midfielder, the position he was originally drafted for.

The only other acquisition that could be relevant from a daily fantasy perspective was Jackson Thurlow, acquired from Geelong. If Thurlow can find his way into the best 22 he will be playing across half back, a position he has showed capability to score at in the past.

Tom Papley has been set to rotate through the midfield this preseason in addition to his role up forward. He averaged 62.3 fantasy points in 2018 playing predominantly as a small forward so he should be able to easily increase this production with time spent on the ball. In the JLT he showed his upside from the new role scoring 118 fantasy points from 27 touches against the Gold Coast Suns.

Callum Mills is another player who is expected to spend time through the middle this season. Averaging 74.2 fantasy points playing in the back line last season he should easily increase that with stints on the ball. Through two JLT games he averaged 86 fantasy points.

Sydney utilised George Hewitt as their tagger regularly in 2018, applying the tactic in 17 of their 23 regular season games. Monitor early in the season to see if Hewitt is released at all from these duties, otherwise be wary of rostering a tag target against Sydney.

On the Swans side Josh Kennedy was the most commonly targeted player. He copped a tag 5 times during 2018, however it had little impact on his output as he averaged 90 fantasy points during these games, which was effectively equal to his season average.

Sydney were the fourth hardest team to score against in 2018, and they conceded the second fewest 100+ point scores. They did this by locking down on opposition midfields, partially helped by the aforementioned tagging, holding them to the second lowest average in the league.

The one position you could target them at was in the ruck. Due to injury the Swans relied on Callum Sinclair to play the role in 2018 and he gave up the 4th most points to opposition number 1 rucks. 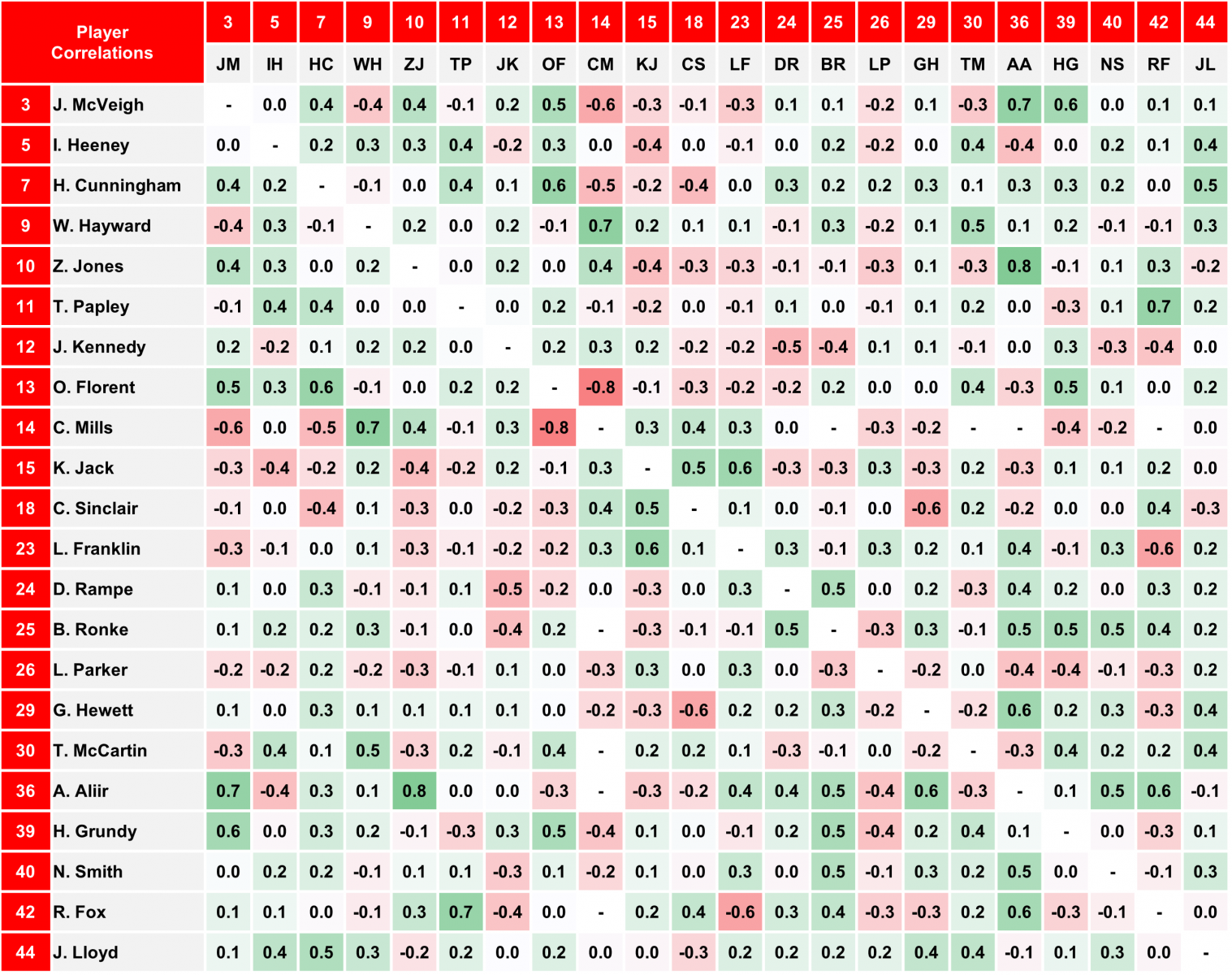 Jake Lloyd was one of the top scoring backs in the league last year and if you are looking to stack Sydney stars he makes a good pairing with Isaac Heeney with the two players having a positive 0.4 correlation in 2018.