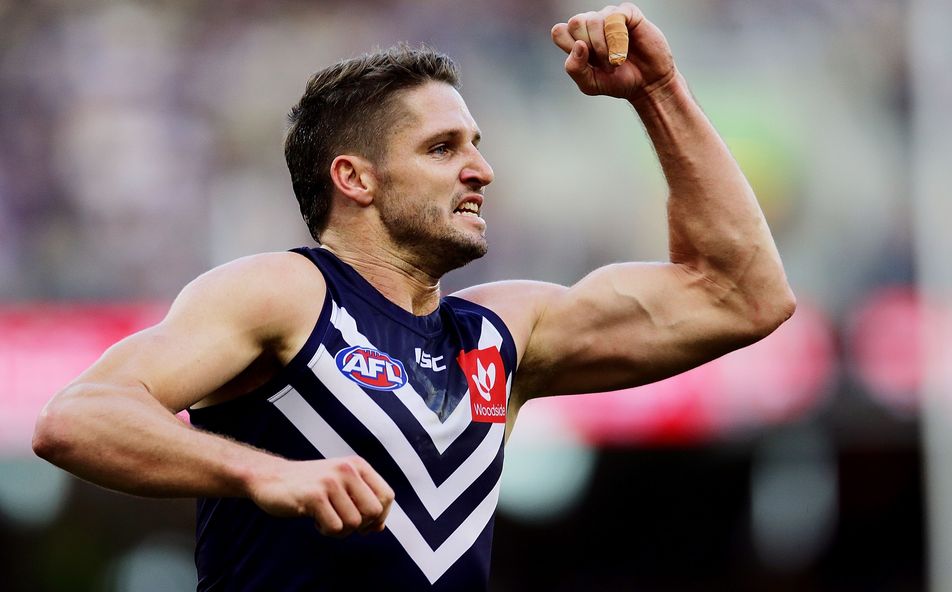 The Footy Frenzy Mark II continues Monday night and we are back up in Cairns for the clash between the Demons and the Dockers. This is a very important game for the Demons as they are currently a win outside the top 8 but knowing Melbourne they are not guaranteed for the 4 points here. As always there is plenty of daily fantasy action on offer: 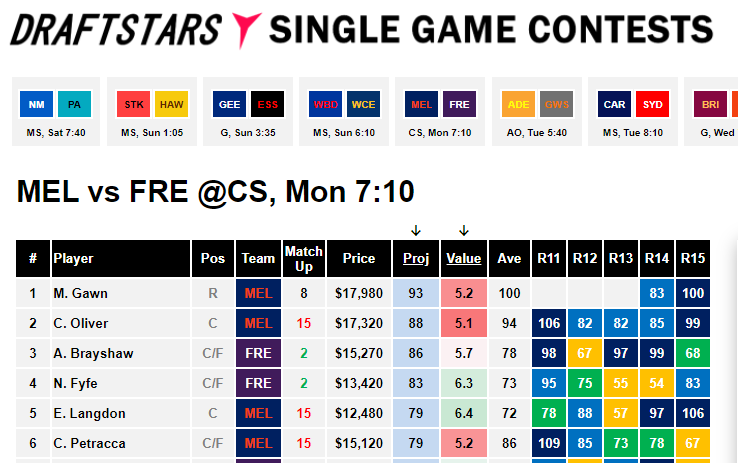 I raised an eyebrow when I saw the low total from the Bookies. It’s a 50/50 call if there is any precipitation but the nature of tropical weather means it’s probably a stinking hot  night anyway. The wind speed is solid, that may play a part in the scoring potential.

On the surface it looks like two evenly matched sides with both teams at around above league average for possessions conceded and accumulated throughout the season. Dig deeper though and straight away the Freo Rucks are going to have a hard time against Max Gawn. The Demons are last in the league for fantasy scoring against and while the Dockers last 5 matches look stingy (52 in the last 5), I have no confidence that Sean Darcy/ Rory Lobb are going to have a productive night.

The Demons love going head to head in the midfield but the bi-product is leaking of fantasy points to mids. Total/Top 3/Bottom 3 all show large amount of fantasy point scoring against and should bring the young midfield (outside of Old Man David Mundy) group of the Dockers into play. On the other side Freo are 15th in the league to mids which is a surprise from the Baby Dockers.

Hogan returned to the Dockers last week against the Tigers and was solid for a 58 Fantasy Point return. Hogan roamed up from Half-Forward to the wings giving a leading target. He appeals second up and will be better for the run. For those who like narratives then he “may” be up for this game against his old side (1st time it did not go well when he busted his foot early against the Demons in 2019). With unappealing value options beneath Hogan, I do not mind him to hit value.

The young Western Australia has returned to the Demons side since Round 14 and has gone back to back 16 possession games. 66 fantasy points against the Saints and 55 against the Swans last round and looks a very lively type. Fremantle are top 4 in the league for leaking points down back and looks to be a popular play in defence.

The Rising Star elect is at another juicy salary on Draftstars against a leaky Demons midfield. Serong was huge against the Tigers scoring 94 Fantasy points which his 3rd 90+ score for the season. Attended 10 out of the 15 CBA’s available and looks at home with David Mundy and Nat Fyfe at the centre bounce. Hopefully he can show the AFL world his talents in a Monday night prime time match.

Finally showing the Demon faithful on why he was brought to the club, Langdon has hit ceiling scores of 106 and 97 in his past two matches. Playing a fantasy friendly mark-kick game through the wing it was surprising to see Langdon achieve a season high 11 contested possessions last round (26 in total). Looks to be the chalk of the slate.

With Braydon Preuss being selected and a lack of perceived value on the slate, you must be thinking why Gawn is a premium play at this huge salary. It’s ownership. Or should I say the lack of ownership Gawn will receive. Do not be sucked in with the cheap Preuss as he will spend the majority of his time out of the goal square while Darcy and Lobb cancel each other out. Gawn also scored 129 fantasy points in 2019 in 20 min quarters. If you can get there, Gawn will need to be his best for the Demons to keep thier finals chances alive. 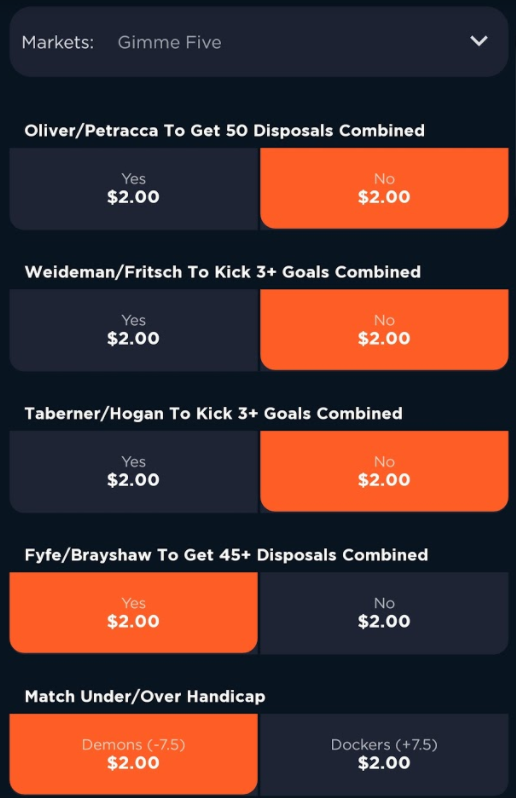 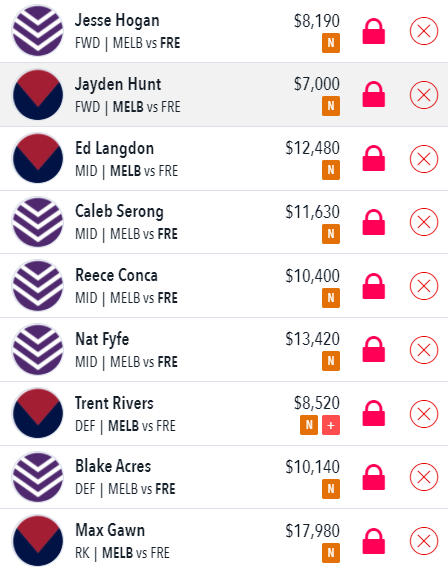 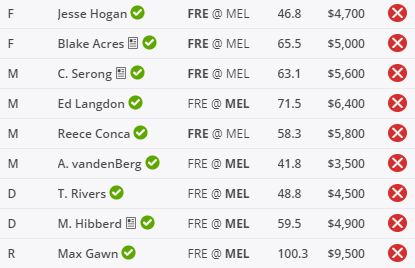