The second game of the 2020 AFL Finals Series features a rematch of last years preliminary final between Brisbane and Richmond at the GABBA. The daily fantasy providers have us covered with a wide array of contests on offer: 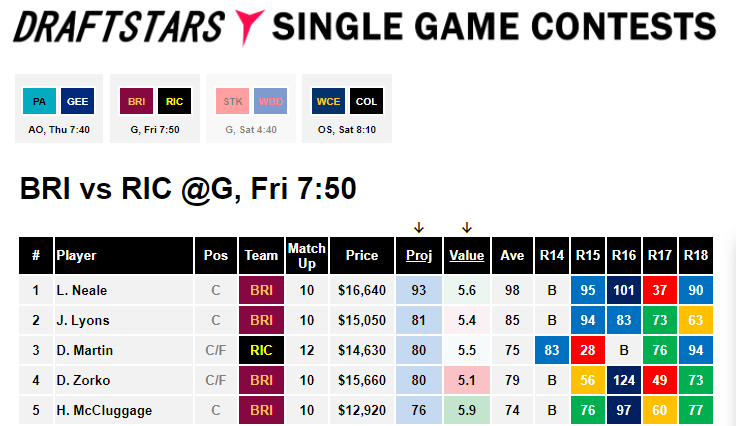 No sign of wet weather but a very hot day up in Queensland, which means we can expect a lot of dew come game time tomorrow night. It will suit both sides who love playing in contested slippery conditions.

As we said for the first game when you get to games between the top four sides in the competition it can be difficult to find avenues to attack as teams rarely give up significant fantasy points. The one position we have always been able to target the Tigers with, however, is via the back line. They have given up the 7th most points to defenders this season, however when you isolate the top 3 scoring players at the position this jumps to the second most at 73 points per game.

This game presents an interesting challenge in the ruck with the Tigers typically being one of the best teams in the league to attack. They have given up the second most points in the league to the number one ruck man this season at 75 points per game. Unfortunately, we have seen the Lions rolling out Stefan Martin alongside Oscar McInerney in a dual setup, while Toby Nankervis will take the sole duties.

Absolutely love the Lions backs on this slate for the reasons outlined above. In their earlier contest this year Brisbane spent a lot of time locked in down back possessing the football resulting Andrews racking up 83 fantasy points. These two bring big upside for for their price point (Lester has gone 70+ in 3 of his last 6 games) and you can either stack them up together or take one alongside Daniel Rich if you want to spend up higher at the position.

The Richmond midfield brings a lot of question marks in this match with Shai Bolton and Dion Prestia both returning to the lineup. Obviously, Jack Ross makes way and he has been seeing around 60% of CBAs when playing. Prestia should assume those, but there will be a squeeze on someone with Bolton also playing through the midfield. The safest option in my opinion is Trent Cotchin who has consistently seen 70-80% of the centre bounces this season and is also the veteran player the Tigers will be looking to in the finals series.

It is just impossible to play the Lions rucks at their prices when they are rolling out two at the position. Stefan Martin’s highest score for the season has been 51 points and I really can’t see Oscar manufacturing enough score up forward for the time he will spend their against the Tigers. This leaves Nankervis as the only option despite it being a difficult matchup. In the last two games as the sole ruck he has posted 79 and 61, which I would expect be sufficient in this matchup. The slate dictates who we play! (Side note, if there is ever a game to punt on ruck and just play Chol at near minimum price this would be it).

Even though I expect the Tigers to win and win comfortably, I love the Lions midfielders in this matchup. Richmond concede more uncontested marks and possessions than their opponent and their game style encourages surging the ball forward rather than possessing it. On the flip side they don’t tag and opposition midfielders can rack up high numbers. Neale’s price has come down nicely for this final and he had 26 possessions and 88 fantasy points when the sides met earlier in the season. 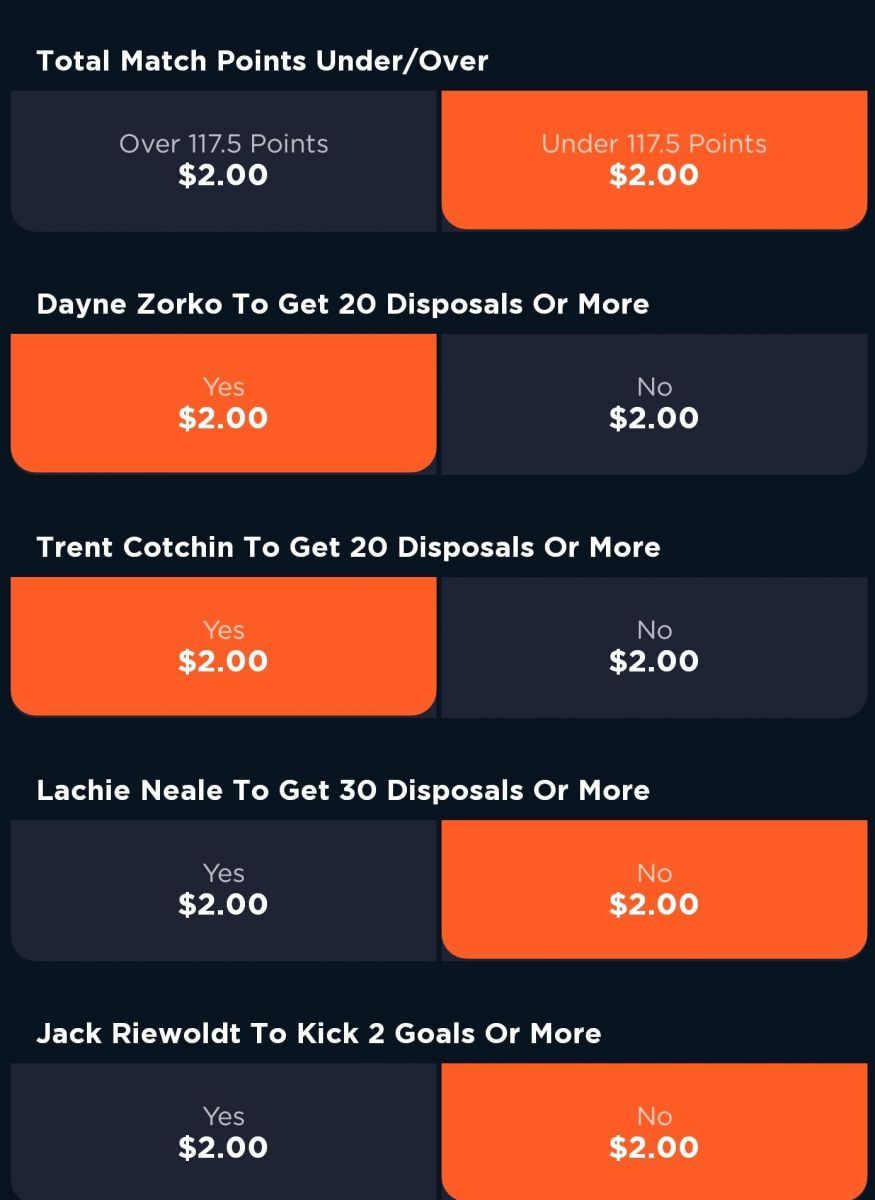 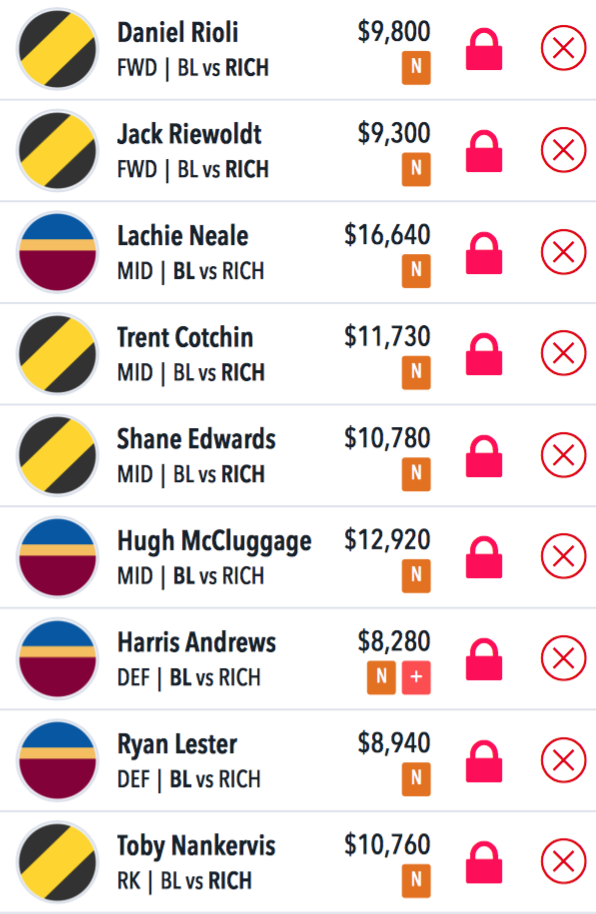 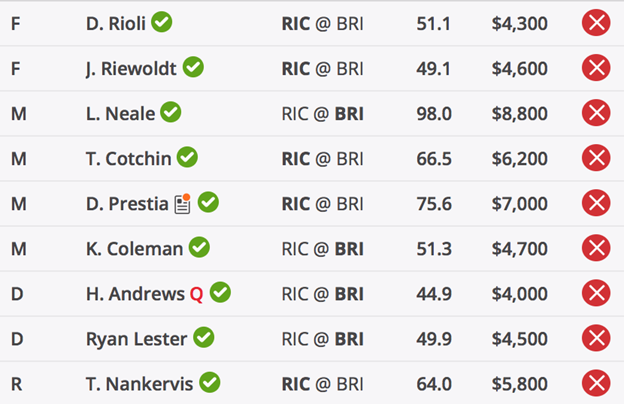