We kick off week one of the finals this Thursday night with an absolute blockbuster between Port Adelaide and Geelong at Adelaide Oval. The daily fantasy providers have us covered for this massive matchup with even bigger DFS contests on offer, capped by a massive $100K tournament from Draftstars: 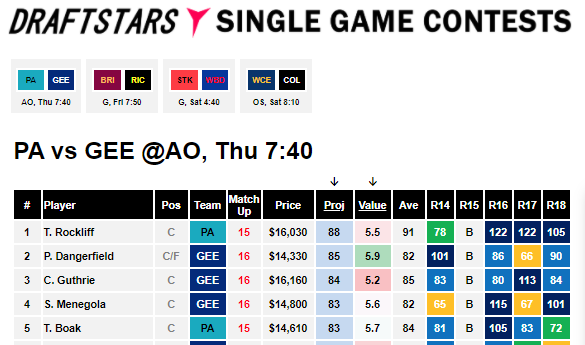 Perfect conditions for football tonight with no rain in sight. Also we enjoy the fact that it is a rare game outside of Queensland so there will be new dew! Giddy up.

This is a battle between two of the stingiest teams in the league with Geelong giving up the fewest fantasy points of all teams this season, while Port Adelaide were just behind them giving up the 3rd fewest. As a result there are not many avenues that stand out to attack, which is common in finals series as we get the top teams facing each other. Rather a look towards game script or more specific stats is the way to go.

Rucks is the one area where you can target Geelong. They have given up the 5th most points in the league to the number 1 ruck at 72 per game this year. The challenge of course is that Port Adelaide has typically been rolling a dual ruck setup to close out the year.

The one area that you can look to target Port Adelaide is contest possessions. They have given up 119 per game this season, which is the 6th most in the league. There is an interesting contrast of styles on display here as the Cats like to possess the football and pick teams apart (averaging the most uncontested marks in the league), however it fits to consider their inside contested players in this matchup.

Geelong’s game style has turned Bews into a solid value play this season. He has had just one game under 51 from his last 7 matches and posted 72 on two occasions during this stretch. The last time Geelong matched up with Port Adelaide he lodged a 57, which is plenty of return at this price point especially in a final. I will be looking to stack up the Cats backs as we can expect them to possess the ball across half back.

Playing Lycett as your ruck is like pulling teeth for me personally. Not much of a selling point I know, however with the Cats likely to roll out Ratugolea and Blicavs he looks to be the safest play. As I noted at the top the Cats have been one of the best teams in the league to target via the ruck and even though Lycett has shown next to no upside this year, particularly when Ladhams is in the team, I think a 60-70 point score is all you we need in this game. The slate dictates who we play.

Finals are usually for the old heads so I will be going right to Selwood and Gray in this matchup. Selwood returned for the last game of the season against Sydney and was placed directly into the midfield attending 74% of centre bounces. First up off a long break and he still managed to post a 68 point game. Last year in three finals games he stepped up like expected and averaged over 100 fantasy points and as a big game player I expect to see a similar boost here.

The same goes for Robbie Gray who has been seeing a reasonable percent of midfield time down the stretch of the season and particularly if the Cats get a lead during the game this will likely increase as they attempt to stem the tide.

It feels like Dangerfield has had the pedal eased off for the last 4-5 rounds of the season. Fresh off a nice break I expect his midfield time to increase dramatically during the finals (the last three games he attended an average of just 37% of CBAs, down significantly from around the 60-80 mark during the rest of the season). Like Selwood you can expect Dangerfield to lift in the biggest games and at this point in their careers finals are really it. Last time they played Port he was the Cats third highest fantasy scorer with 95 fantasy points and as a contested bull the matchup suits him perfectly. Lock and load! 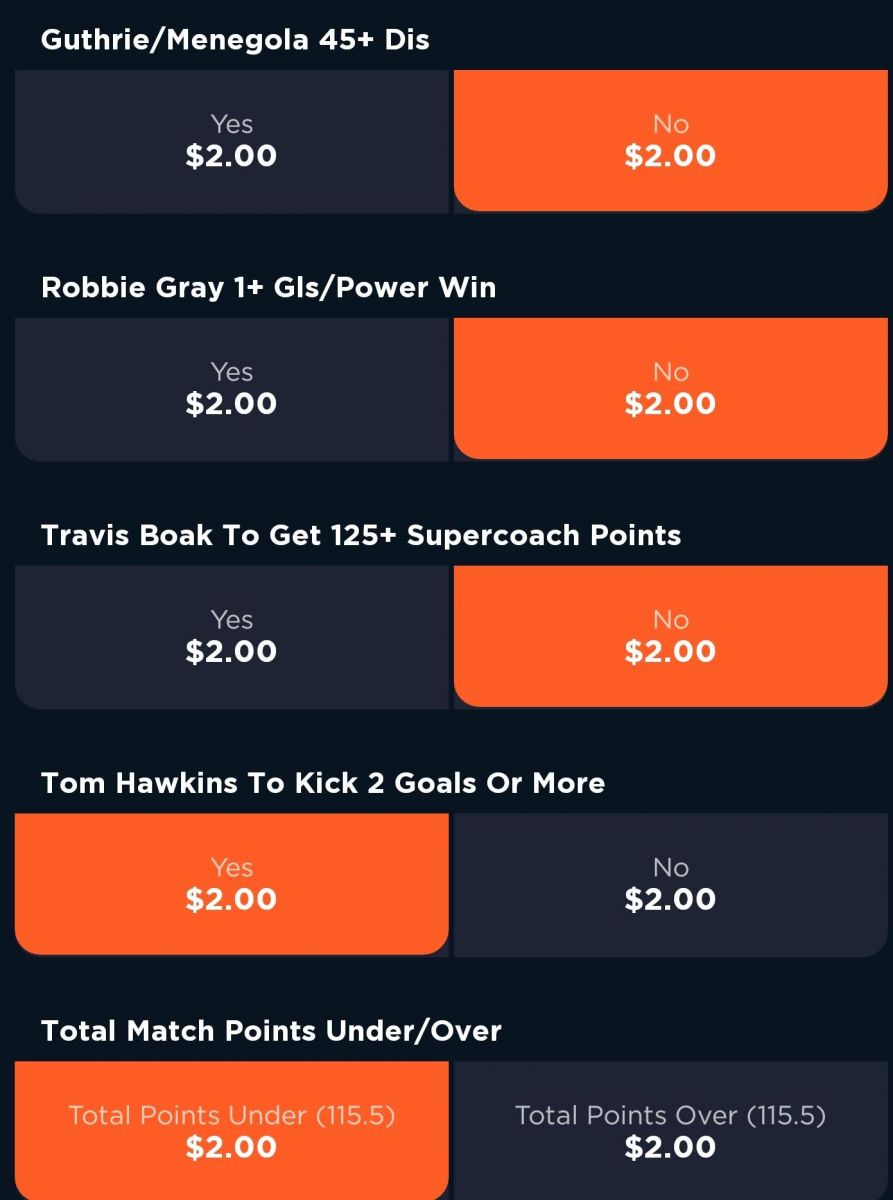 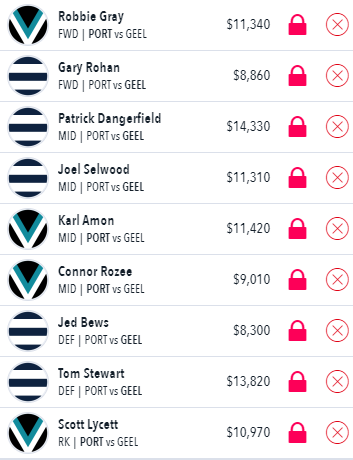 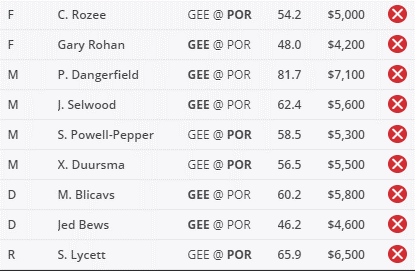