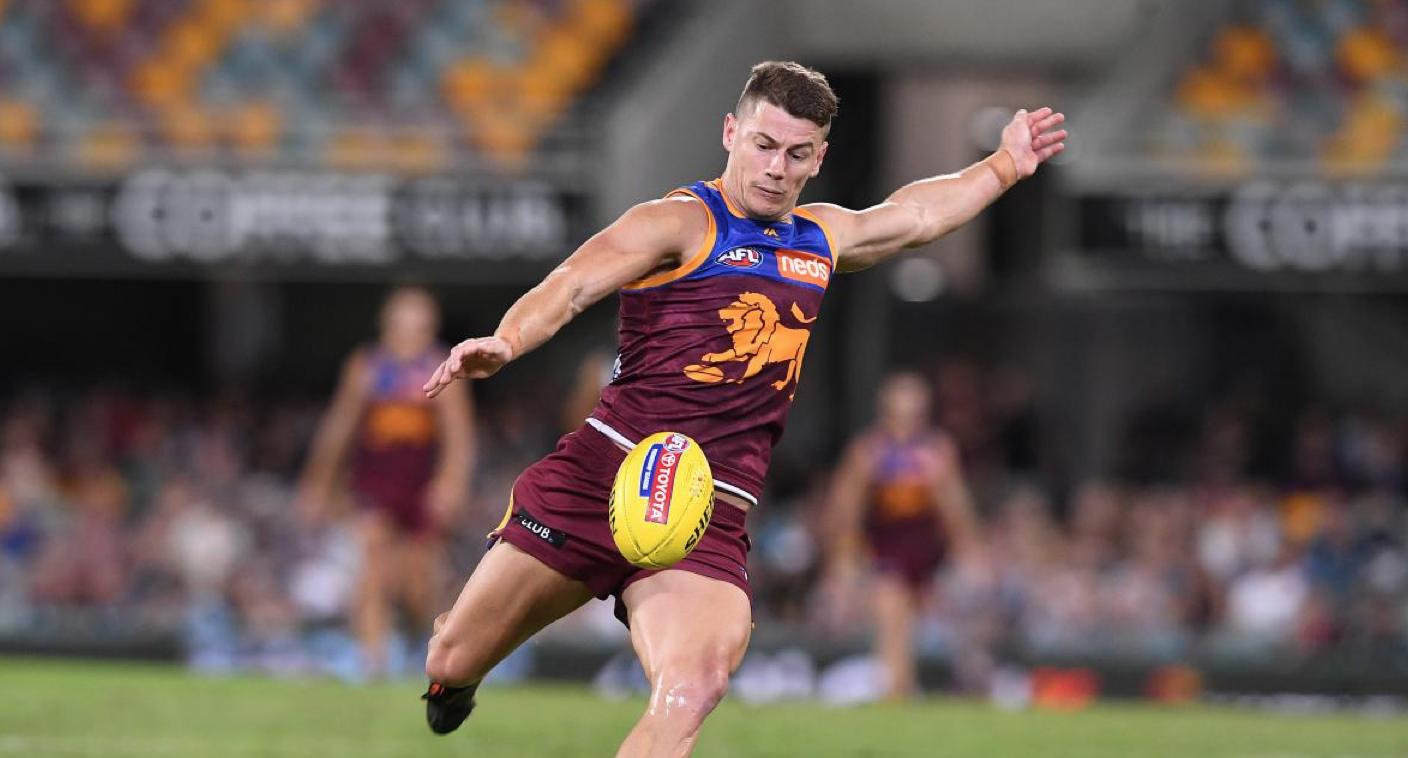 Yes it is Tuesday night football. Unbelievably we are up to the second game of round 10 in the 2020 AFL Premiership Season. The game rolls on with a huge matchup (rematch of last year's preliminary final) between Richmond and Brisbane up at Metricon Stadium. As always there are massive DFS contest on offer:

Perfect football conditions. Let’s get it on!

Richmond have started to tighten up the points conceded across the back line in recent weeks as they fall to the 7th most on the season. They are still very susceptible to premium backs, however, where they give up over 4 points per game to the top 3 scoring players (4th highest in the league). Brisbane on the flip side have given up the fewest points this year to defenders.

Ruck continues to be an area of concern for the Tigers as they have given up the 3rd most points in the league this season to the position and 77 points per game to the opponents’ number 1 ruckman. This is a trend that has continued from the past two years.

No surprise to see that the Tigers have giving up one of the highest amounts of disposals and uncontested possessions in the league this season. This may be where the rubber meets the road, however, as the Lions do not play a very high uncontested style of play. They win the contested ball and move it quickly forward through chains of handballs rather than timely precision kicking.

Jack Ross came through last week with a 60-point performance against the Bulldogs, which would still be a very strong value play at his price point this week. The best part is he lodged the second most center bounce attendances in the team with 16. That indicates he should continue to get every opportunity through the midfield to score fantasy points this week and that his ceiling may even go higher than 60.

Is worth just mentioning given he is a minimum priced player on a single game slate. Coming in for Grant Birchall who is being rested he will play as a key defender and this is an ideal matchup for his position against the Tigers (as noted above). In 2019 he averaged just 13 touches and 5 marks in the NEAFL, which isn’t any great shakes, but at this level it will essentially come down to have many cheap plus six’s he can get as the Lions swing the ball across the back line. It is a good opportunity to link with other Lions defenders such as Harris Andrews or Noah Answerth.

Sticking with the data and will go with the Big O once again this week as he draws one of the top matchups in the league for his position. Last round he managed 50 fantasy points from 23 hit outs, but his ceiling should be much higher than that if he hang onto a couple of the sitters he dropped last week.

Both will see plenty of time in the midfield for Richmond (Cotchin 15 CBAs last week, Bolton 19). At this mid-priced point on a slate where there isn’t an abundance of great value they become elite plays. Cotchin is just flat out underpriced given his output this year averaging just under 72 points per game, however beware that he may be a little underdone after a short break coming back from injury. Bolton on the other hand is growing a leg every week in this new role. As I have said many weeks in a row now, we have seen Bolton with a three figure ceiling before and he continue to have a fast start and fall away in the second halves at the moment. Eventually he will string 4 quarters together and be the key for a GPP win.

Zorko isn’t the main stay in the midfield that Neale and Lyons are this season, however his role has certainly moved back in there. With 10 center bounce attendances last week (3rd highest midfielder on the team) he was able to junk his way to a second straight 88-point game, which is plenty at this price point on a single game slate. Pairing him with either Neale or Lyons if you can afford makes for a solid stack if you can find enough value to squeeze them in. Tigers have historically been one of the top matchups in the league for midfielders and even better, you never fear a tag. 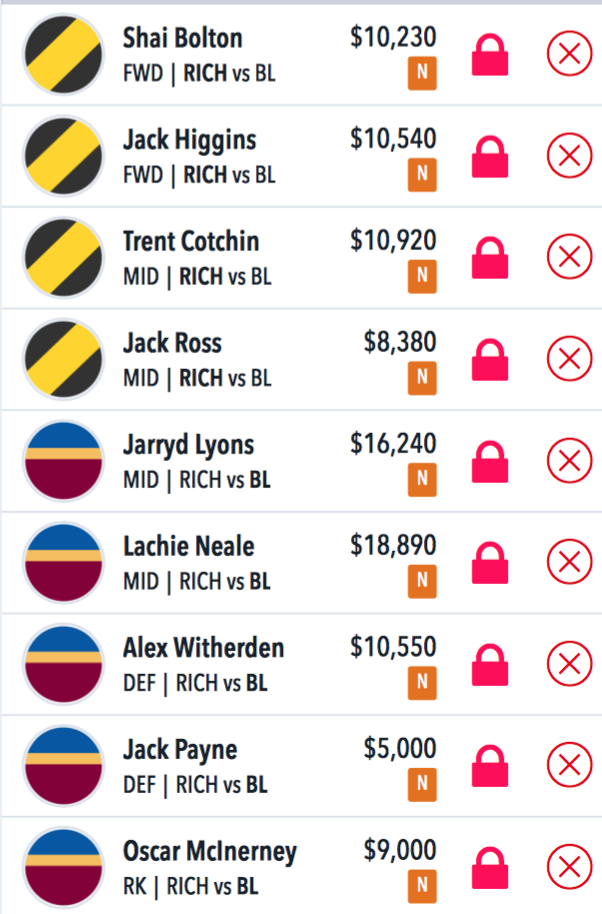 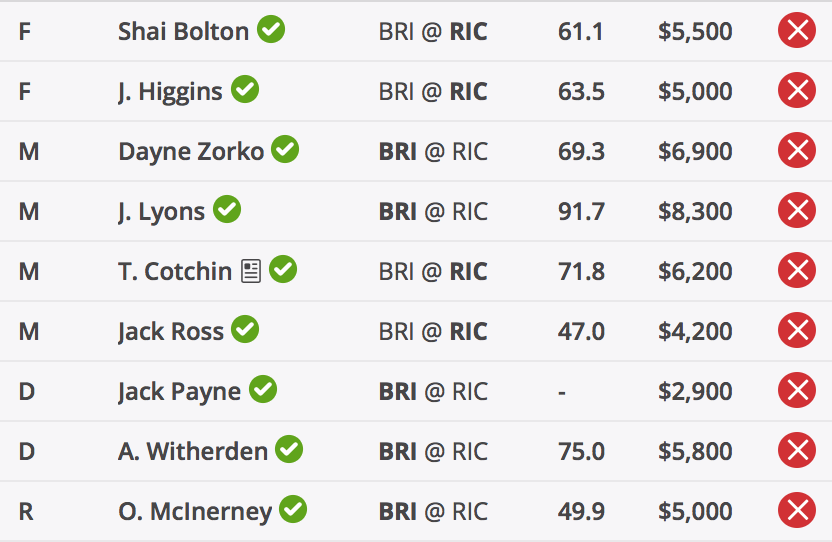