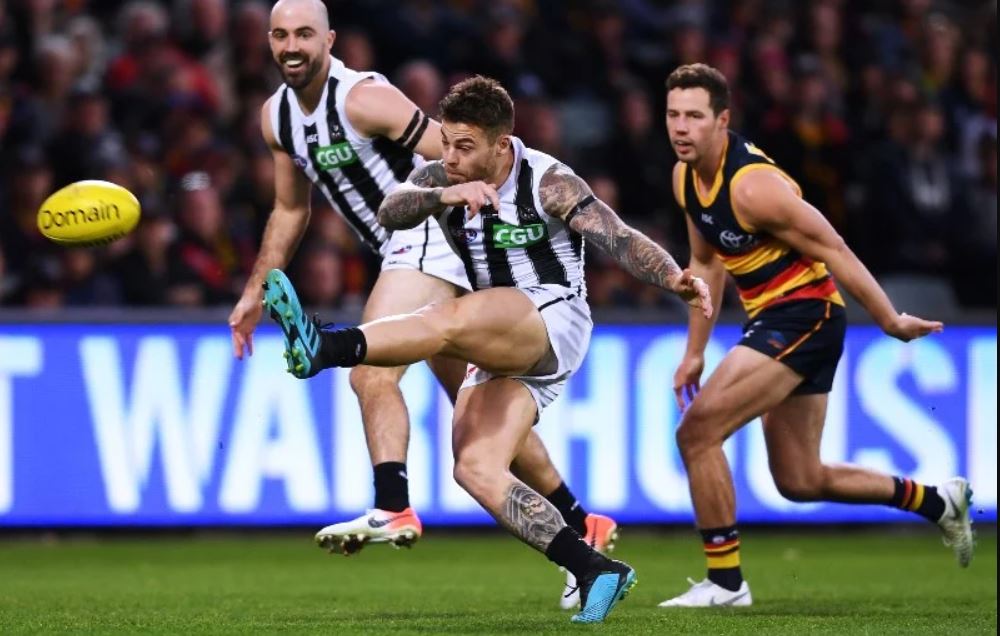 A single game slate on a Tuesday night, and it looks like a fairly simple one. There is a nice $60,000 main contest on Draftstars, as well as all the usual smaller options. Collingwood loves scoring fantasy points, Adelaide loves conceding them, and other than some potential wet weather I can’t see too many twists and turns in this one. Let’s drill a little deeper and figure out just who to include in those Collingwood stacks! There are 11 (eleven!) team changes. Two important ones are Adam Treloar out (more mid time for others), and Brodie Smith in. 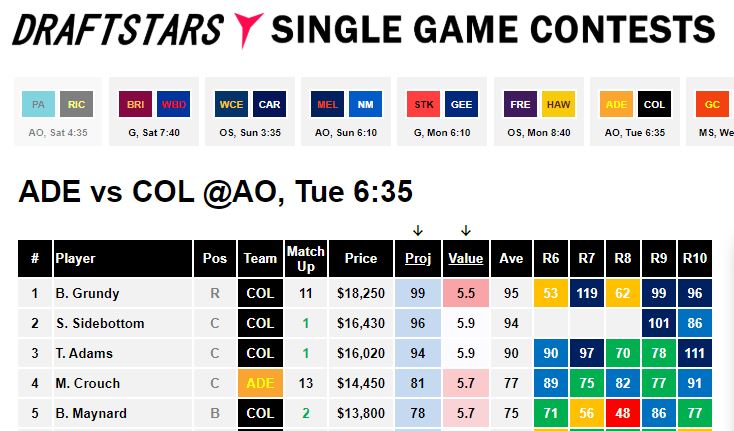 Trends: As above Adelaide concedes the most points in the AFL. The only place they’re not vulnerable is at RUCK, and they’re especially easy to exploit for MIDs and FWDs. Collingwood have been conceding a little more heavily than usual lately, but the only area they’re close to level with Adelaide is at DEF.

FWD: I’m expecting ceiling games from a couple of Collingwood forwards at least, and my first targets are Jaidyn Stephenson DS $10,740 / DK $5,800  and Brody Mihocek $9,000 / $4,800. Both have ample ceilings, and Stephenson in particular is due. They also both have disappointing floors, so spread the ownership around if entering multiple lineups. I’d love to recommend an Adelaide forward for a contrarian approach, but I just can’t.

MID: Brayden Sier $7,420 / $4,000 has been a popular choice two games in a row, and scored a nice 65 last time out. He’s still too cheap, and if it’s wet he has enough tackling chops to take advantage of being around the ball. Pairing him with Taylor Adams $16,020 / $8,00 seems like a great place to start, with both getting plenty of inside ball and the opportunity to make lots of tackles. Other inside players that could enjoy a wet game are Matt Crouch $14,450 / $7,600 and Rupert Wills $10,660 / $4,800. We all know Crouch is a ball magnet, and Wills does like a tackle but there are concerns about him spending too much of the game on the bench.

If you want some major salary relief to allow you to get Grundy at the end of your lineup, it’s hard to go past Harry Schoenberg $5,360 / $3,000. He’s highly rated, was okay on debut last week, and got a good run at the CBAs.

DEF: We said DEF against Collingwood is nearly as good as DEF against Adelaide, and in this game we’re expecting the ball to be spending a lot more time in Adelaide's Defensive 50 than Collingwoods. The potential wet weather complicates things a little, but I’m still looking for a couple of Crows defenders that can get busy trying to repel Collingwoods constant attacks. One such player is Lachlan Sholl $5,000 / $2,900, who looked reasonable on debut and is still minimum price. Like all rookies he had trouble sustaining a full game. I’m going to back him to push closer to 50 points this week. From cheapest to most expensive, I’m also interested in Brodie Smith $13,230 / $6,400. He should avoid any kind of tag in this one, and his predominantly mid role gives him the best ceiling, particularly if it is wet.

In the middle price range it’s Tom Doedee $9,830 / $5,200 who has the best ceiling, but he does tend to take plenty of intercept marks which could be harder to come by with a slippery ball, so I won’t be using him heavily.

RUCK: Brodie Grundy $18,250 / $9,300 and Reilly O’Brien $14,730 / $7,300 are very expensive given how tough they both are to score against. However, with playable value options at other positions, it does seem easy enough to fit these guys in. Grundy should have the edge, but I think whichever fits in after you’ve filled 8 other positions is the guy to play. I’ll also consider Darcy Cameron $8,420 / $3,900 at both RUCK and FWD. He’s not as cheap as I’d like, but he’s a chance to kick some goals and even get some ruck work if Grundy gets an in-game rest.

Final Word: It almost seems too easy, which means everyone else is going down a similar path. As always, back your gut, find some way to be a little different, and enjoy playing DFS on a Tuesday night for the rare treat that it is! Good Luck! 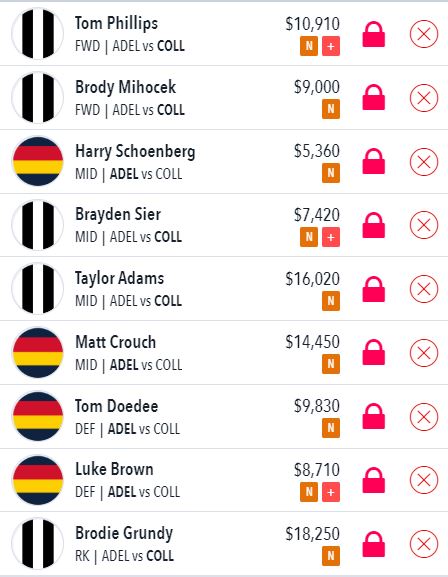