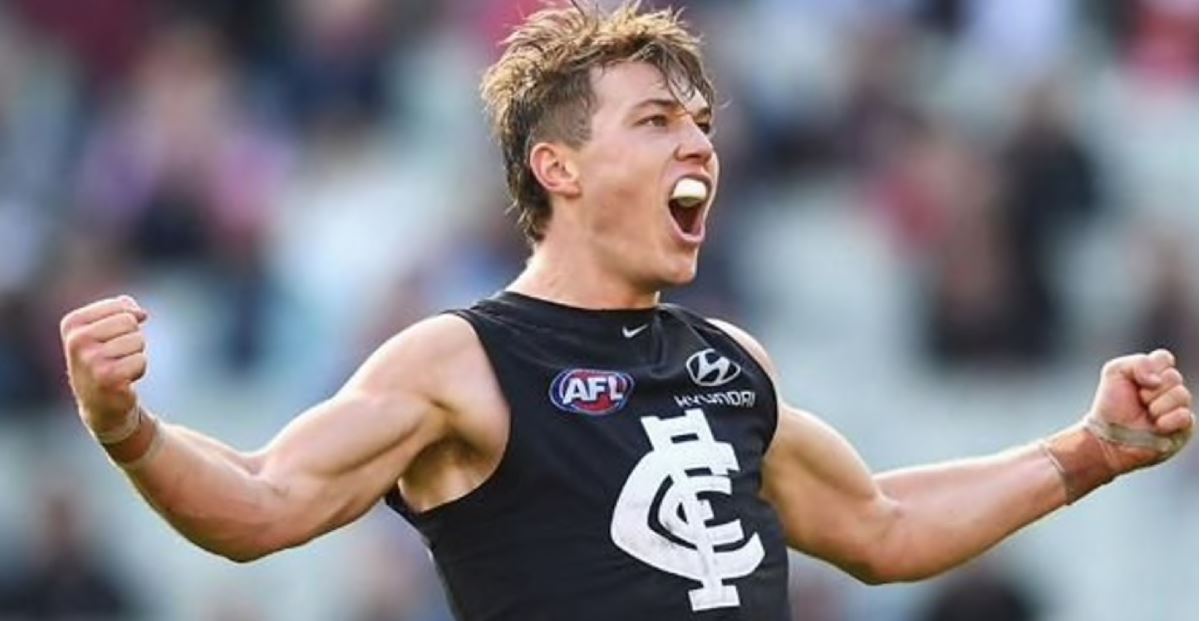 We keep the machine rolling with a two game Sunday slate for Round 11 of the 2020 AFL Premiership season. Once again there are an abundance of daily fantasy contests to attack across the platforms:

Another perfect winters day in Adelaide for football means we can be confident in making dry weather plays for the contest between Melbourne and North Melbourne. The same cannot be said for the other game with Perth expecting an absolute bucket full of rain in the 25 - 35mm range. Keep an eye on its progress throughout the day, but at this stage preparing for a wet and heavy ground will likely be critical. Advantage rucks, inside midfielders and players who love to tackle!!

The stats tell an interesting tale for the Melbourne vs North Melbourne clash with the Demons giving up the 5th most possessions in the league this season, particularly highlighted by uncontested disposals where they have conceded the top mark in the league. On the flip side the North Melbourne are 5th for most disposals recorded, however they have a heavy number of contested possessions (an area Melbourne tend to limit) and a low number of uncontested marks. This means we could see somewhat of a where the rubber meets the road matchup.

Using defenders against Melbourne has been a great tactic this season with the Demons giving up the fourth most fantasy points in the league to the position this season. North Melbourne have increased their possessions across the half back in recent weeks and this looks like an ideal matchup to stack up back combinations.

No surprise to see Melbourne high on the table for points conceded to midfielders given the number of disposals they are giving up this year. They have given up the second most points to the position in the league and 91 points per game to their opponents top 3 scorers. All signs are pointing to Melbourne stacks as one of the top plays on this slate.

If there is one area to attack North Melbourne it is via forwards. This season they have given up the third most points in the league to forwards and this mark jumps to the second highest if you isolate the top 3 forwards.

It is near impossible to ignore a player at near the minimum price point who is in position to play the number one ruck role. With Gawn out the Demons looks set to give Jackson that responsibility and although he has a difficult matchup against big Todd Goldstein, he has already shown scoring potential with two games of 54+. This included last week where he was given greater rucking responsibility with Gawn carrying an injury and he managed 14 hitouts for 54 points. If you are looking at another ruck, remember that on Draftstars he has dual eligibility and can be used as a nice value play up forward.

This kid has been an incredibly slow burn for the Kangaroos with injuries putting a huge restriction on his development. He started to show some promise last game posting a massive 78 fantasy points (albeit in a total riot against the Crows). While I like to see the score, the real stand out for me was the fact that he attended 73% of the center bounces. This indicates that North are ready to let him take on the midfield role to develop and anyone playing that much time in the middle at this price point is in play to me. It is also an elite matchup for his position as we noted above.

This game is shaping up to be an absolute slop fest of the highest order. If that is the case, there are two blokes for West Coast who absolutely love the wet. Shuey is a total mudder and excels in wet conditions, while Yeo is a contested/tackling beast who should easily eclipse the ten tackles mark given the expected weather. Both are nicely priced due to recent play and I will be likely be stacking the two of them up together in a good percentage of lineups.

Again, given the conditions I like Cripps in this situation. An inside contested bull who will not face any significant tags beyond going head to head with Elliot Yeo. Cripps has not had the year we have come to expect from him fantasy wise, however he still has shown the upside to hit the 90+ mark in the short quarters (posting a 97 point game last time Carlton played). 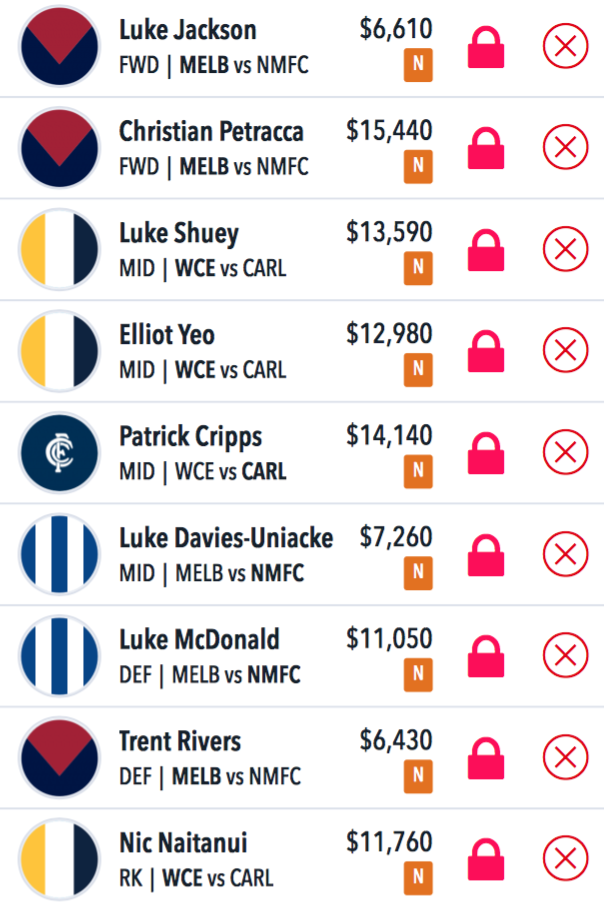 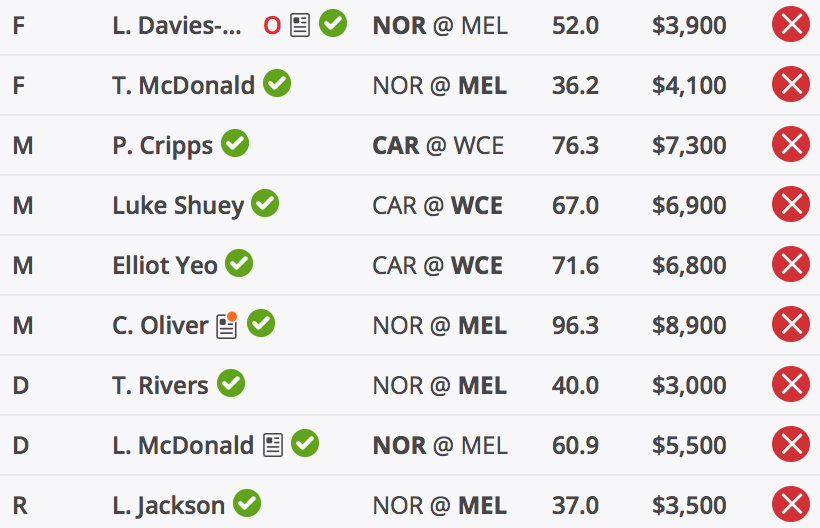