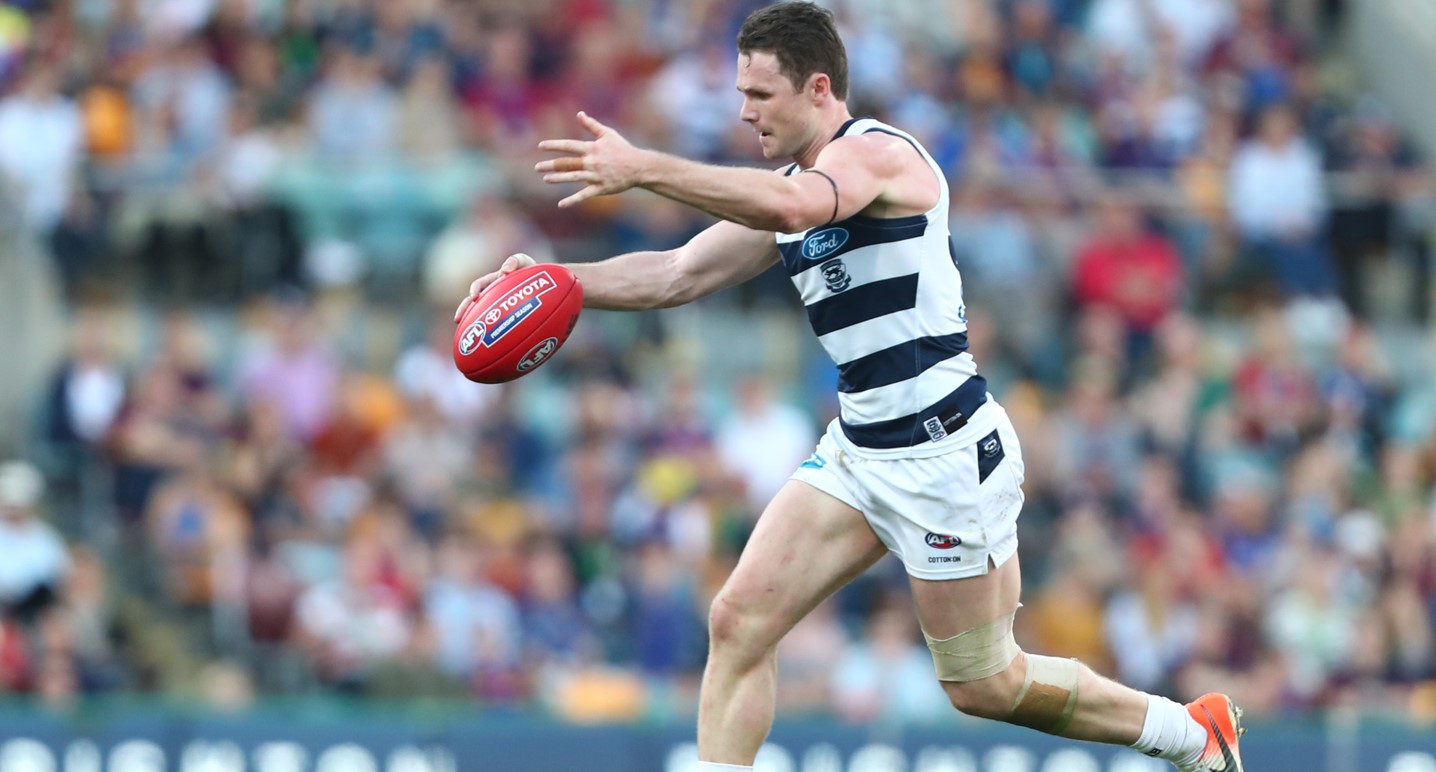 Another day… another game, which means more daily fantasy! Friday night football this week is top of the table clash between Geelong and Port Adelaide at the Gabba. As always, the major DFS platforms have plenty of massive contests on offer: 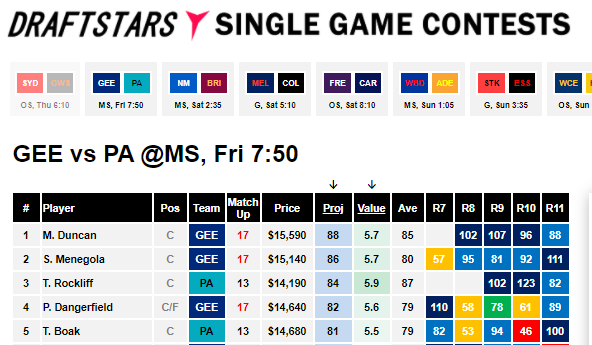 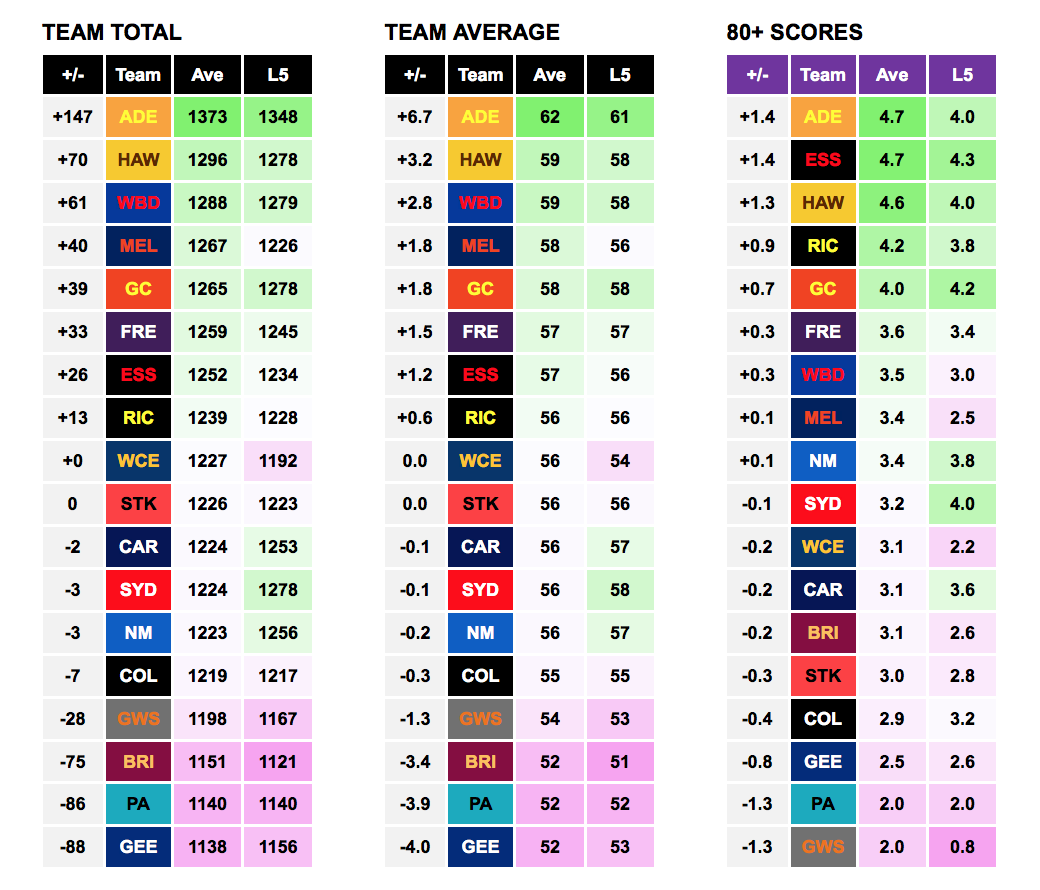 The sad news for us breaking down the game on this slate is that we are seeing a matchup between the two teams that have conceded the fewest points in the league this season. The only position that stands out as area to attack from either side is through the ruck.

Geelong have given up the second most points in the league to number one rucks this season and an average of 75 points per game to the number 1 ruck. Unfortunately, we face the difficulty of the Power once against playing the dual ruck setup. It didn’t slow Peter Ladhams down last week; however it isn't that realistic that he can keep kicking 2 goals per game in his time spent up forward.

Fogarty comes back in to replace Jack Steven who will be rested after two straight matches. Expect him to take Steven’s role through the midfield (primarily on the wing), which gives him the opportunity to hit value at this low price point. In his last game, Fogarty showed the upside he possesses playing this role posting an 87-point game. On a slate where the value is difficult to come by Fogarty makes an obvious choice.

Finding players in this price range is going to be key given the lack of obvious value plays on this slate. Gray has seen a significant increase in his midfield time in recent games with his centre bounce attendances rising to over 70% over the last three rounds. This has resulted in an average of just under 70 fantasy points across these games (including a 79-point game against the Tigers last week).

Blicavs is chopping out in the ruck currently as the Cats go with no specific backup or resting forward ruckman. Over the past four games since the role change, he has averaged just under 70 fantasy points with a solid floor during this stretch of 62 fantasy points. The added benefit is he can be linked with other Geelong backs who will be looking to possess the football in the backline.

After a week at full forward Danger went back into the midfield against St Kilda and with positive results. He posted 89 fantasy points and in a marquee contest with huge final implications like this contest against Port the Cats will use their best players in the centre square. When playing midfield Danger still possesses 100+ upside in short quarters and furthermore the Power give up one of the highest amounts of contested possessions in the league, which is an area of strength for Dangerfield.

Geelong’s entire game style is based around possessing the football and using their foot skills to attack from half back. So, while nothing in the data indicates that the Power give up points to defenders I think the Cats will get the game on their terms and therefore stacking up their backs together will be a great option. 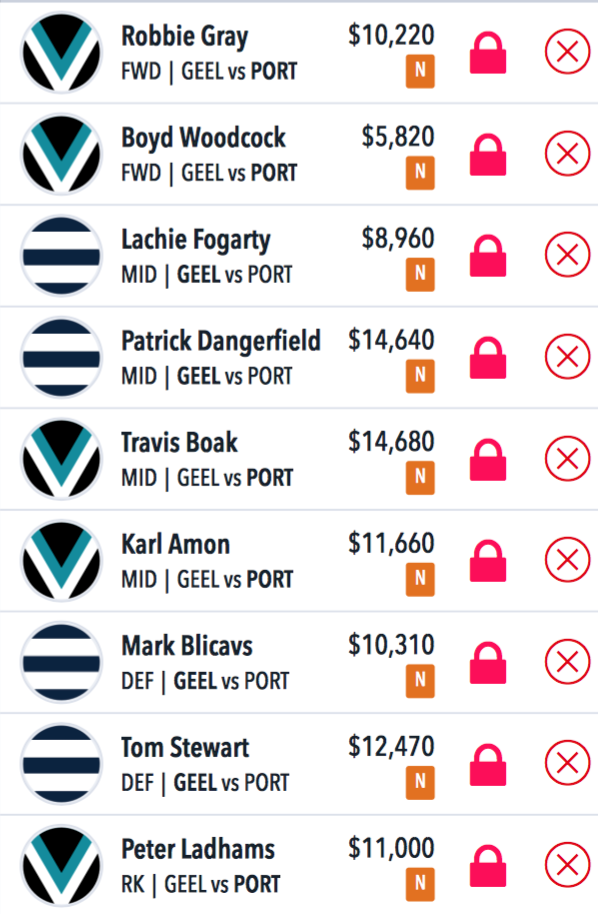 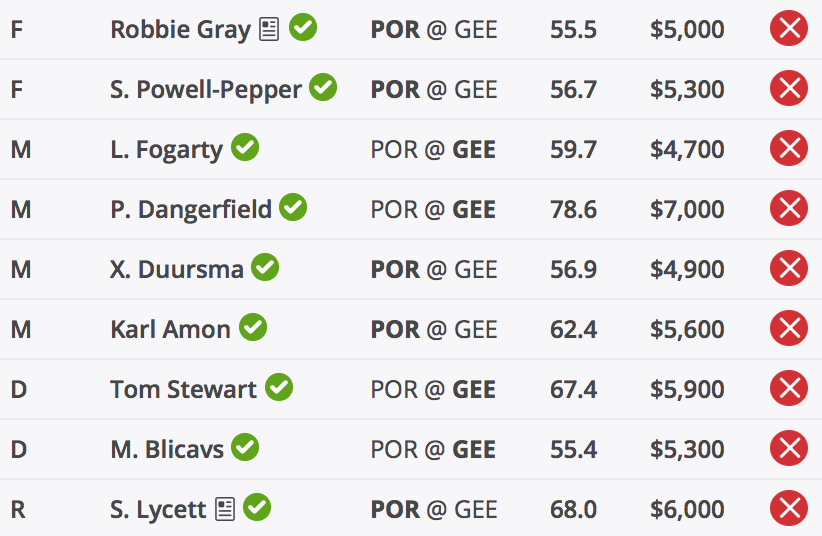