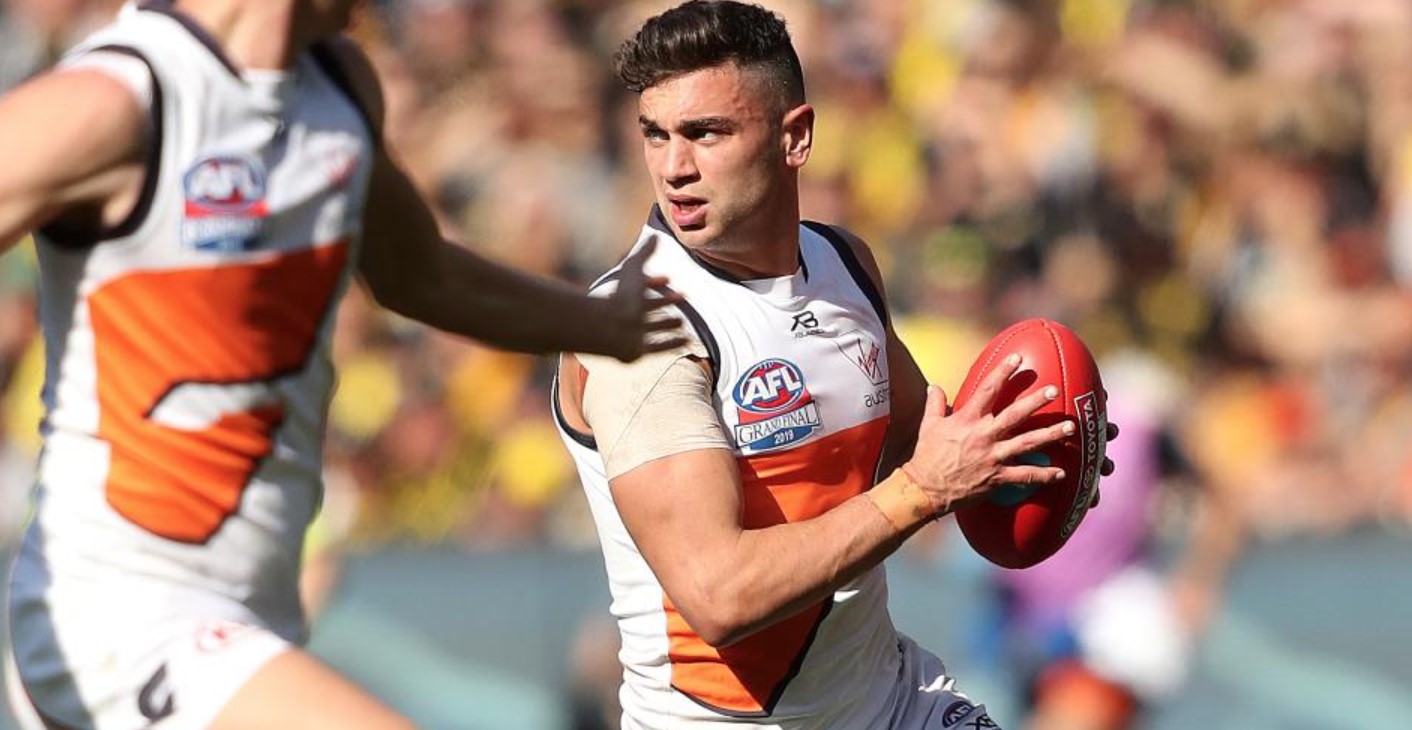 The marathon continues and we roll right into Round 12 of the AFL 2020 Premiership season with a more traditional Thursday night game between cross town rivals Sydney and GWS. The only difference is this battle of the bridge will be played across the Nullabor in Western Australia. The major platforms have us covered with massive daily fantasy contests on offer:

Should be all clear for a good night of football!

Neither Sydney or GWS give up an abundance of fantasy points, which makes finding avenues to attack a little more difficult (GWS have conceded 4th fewest overall, Sydney 7th fewest). Through the midfield is one area where the Swans have been above average for points given up, which should suit the Giants talent stacked middle. Sydney are particularly vulnerable to contested players giving up the most contested possessions in the league (despite conceding the 7th fewest possessions overall).

Ruck is another area to target Sydney as they have given up 74 points per game to the opponent s number one ruck man this year. That said, the Giants might be the last place you want to go looking for a ruck to play. This week's rotation of totally washed big men means Sam Jacobs comes in to replace Shane Mummified. Jacobs hasn't topped 56 fantasy points since round 1, so roster at your own risk.

On a single game slate with two minimum price players debuting it is worth having a look at both. Hutchesson is the more attractive option of the two given natural role and profile, as a mature aged recruit out of the SANFL he is an inside mid by trade and should be ready to compete at the AFL level right away. He would normally be a lock, and might still be, however the only problem is his side is stacked to the brim at the inside midfield position. If he can get a handful of minutes rotating through he will pay off the price tag relatively easily.

On the other hand we have Zac Foot who is a lightning quick line breaker likely to play on the wing and flanks. He has shown glimpses of ability to find the NEAFL at football level averaging 17 disposals per game last season. However, I could probably get at least 20 disposals a game in that league. The positive is, given the quality of Sydney's list, particularly in the midfield, he is likely to get opportunity up on the wing.

My preference is Hutchensson but will have an exposure to both.

Going up against a team that has conceded the most contested possessions in the league this season and we have the Giants main inside midfielder who consistently gets the most CBAs (80% per game) and is also priced below the top tier? Sign me up. Hopper has also exploded in recent weeks posting 107 and 81 in his last two games, displaying GPP winning upside. He will be popular due to the recency bias and price, but he is in an elite spot in this matchup.

Cameron has had a woeful season thus far from a fantasy perspective with just one score of 70+ and a three-game average of just 46 points. That said, on this slate the forward options are minimal, and we all know the damage Cameron can do when he gets on. This is an elite GPP play at this price point and given the Giants are just under 4 goal favourites with quite a decent game total of 126.5 points, he should be in line for a big game.

Taranto took two games to get back into form and since has returned from the long layoff in similar fashion to how he played last season. Back to back tons in his last two games, Taranto is the other main stay on the inside with Hopper (while Kelly and Coniglio typically rotate through other positions). I love the safety of playing 80% through the middle and also the fact that no one ever pays Taranto too much attention when you have Kelly, Coniglio and Whitfield on the same field. 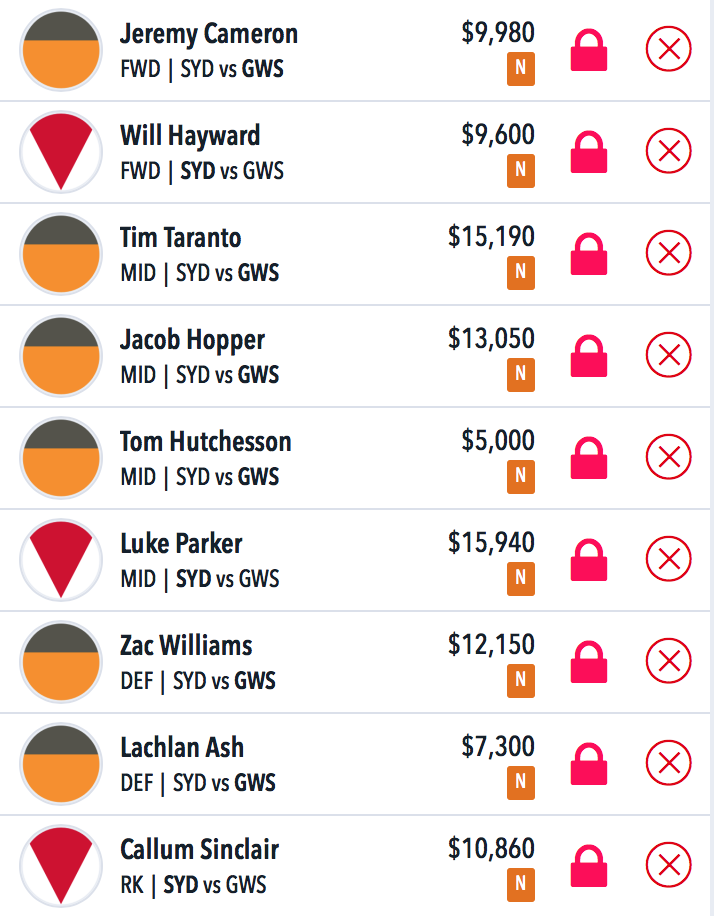 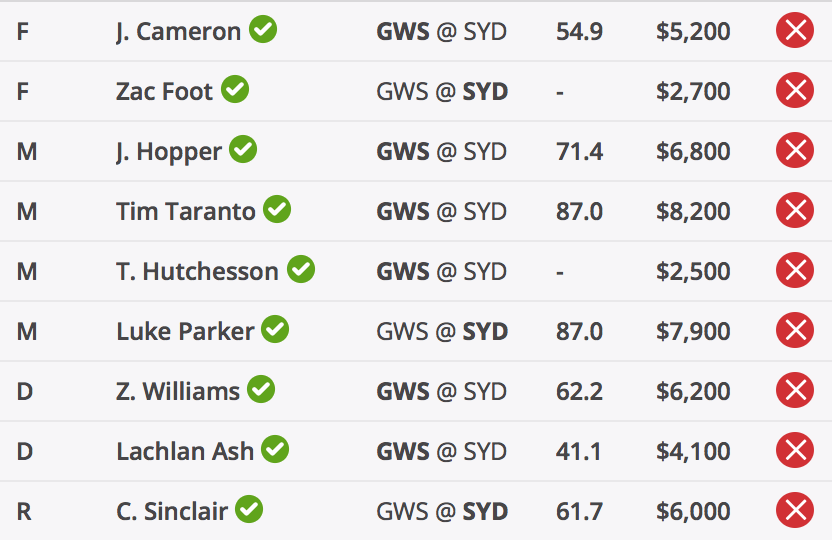