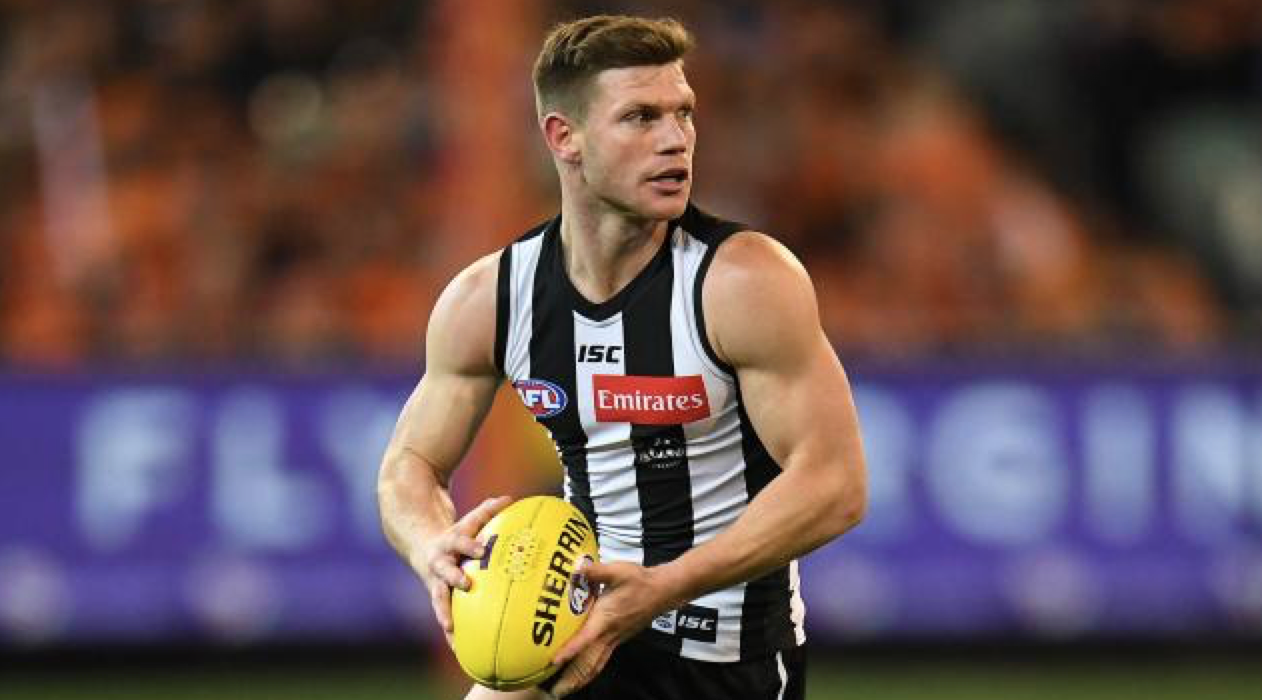 Monday night wouldn’t be a Monday anymore without AFL football on the agenda. This week we are closing out Round 13 with a clash between Collingwood and North Melbourne up at the GABBA. There are plenty of massive DFS contests on offer for the match:

Loading up on defenders against the Magpies has been the recipe for success all season. Through 2020 they have given up the 3rd most points overall to the position, however when you highlight the top 3 scoring defenders from their opponents they move to the second most points conceded in the league (74 points per player).

Loading up on Collingwood forwards looks to be the strategy of the slate based on what we have seen so far this season. North Melbourne have conceded the third most points to the position this year, but when isolating the top three scorers this becomes the 2nd most (66 points per player). Further adding to this is the fact that the Magpies are almost 3 goal favourites in this matchup.

Elliot has been getting a substantial portion of run through the midfield this year and is looking more and more comfortable with the role as watch week goes by. In the last two games he has featured in 60-70% of the Magpies center bounces and 65 and 72 fantasy point performances. There is the added benefit in this matchup that the Kangaroos give up the third most points to forwards this season for the periods of time when Elliot rolls forward.

Big Mason Cox has had a season to forget this year and is returning to the side for the first time since early July. His last two games didn't top the 21 fantasy point mark, which really begs the question why play him? Well as already mentioned the Kangaroos are susceptible to forwards and Cox is priced at close to the minimum on this slate. He has shown GPP winning upside in his career and there is the added benefit that he can be played as a ruck (on Draftstars), which may be the optimal build given the fact that Grundy and Goldstein are tough matchups, with both big men priced quite high.

The turnaround from a fantasy point for view for this guy has been sensational. Player the sweeper role across half back it is clear there has been a mandate to get the ball through McDonald’s hands coming out of the back line. Over his last 5 games he has averaged 94 points per game, including two 118+ point performances. On this slate he draws one of the top matchups in the league for defenders against Collingwood, which means these ceiling games will be in play.

I am going to love linking up North defenders on this slate, and Robbie Tarrant will be my go to pairing with Luke McDonald. Typically, you can pick up Tarrant at low ownership given his mid range price point, and the beauty of him for GPPs is that he brings tournament winning upside. His last game against Melbourne is the prime example where he posted 91 fantasy points.

Collingwood should win the midfield battle and North Melbourne, while not getting destroyed, have been giving up above league average fantasy points through the middle this season. The one area that stands out against North Melbourne is tackling as they are tackled at one of the highest rates in the league this year. This should play right into Adams wheelhouse as a dominant inside player. Adams has been one of the more consistent players for the Magpies this season with a season low of 70 points and over the last 3 games each score has topped the 95+ point range. 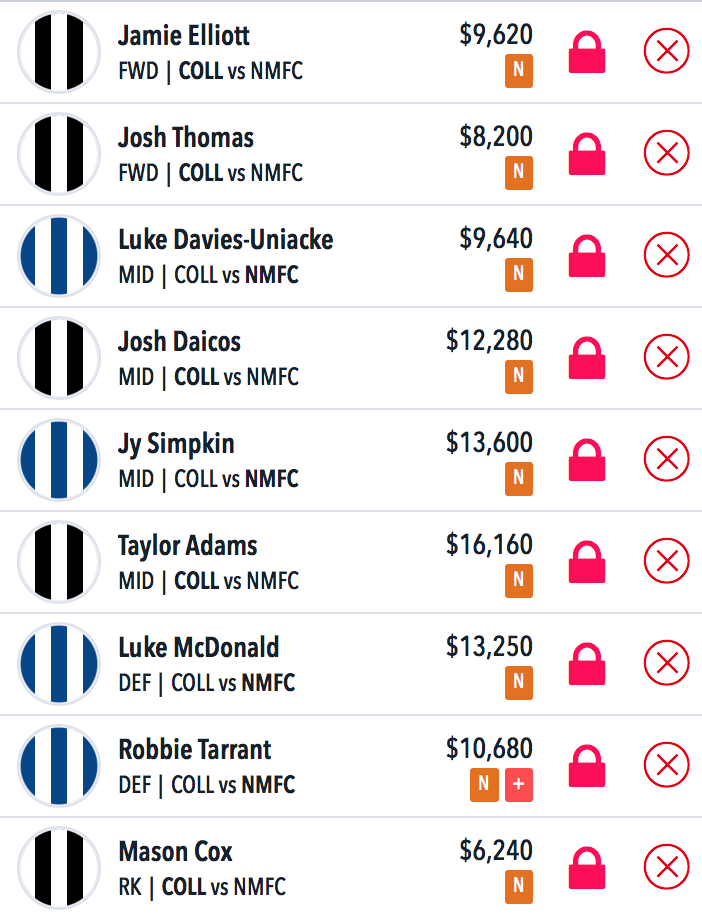 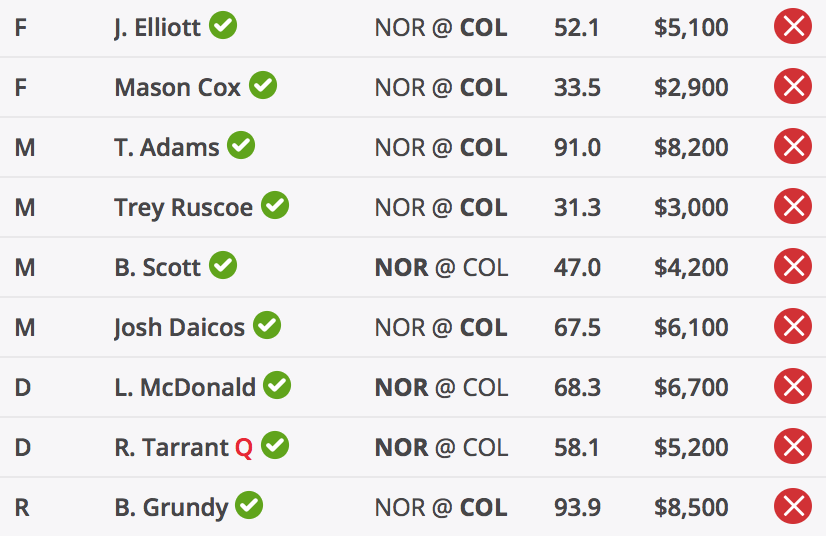