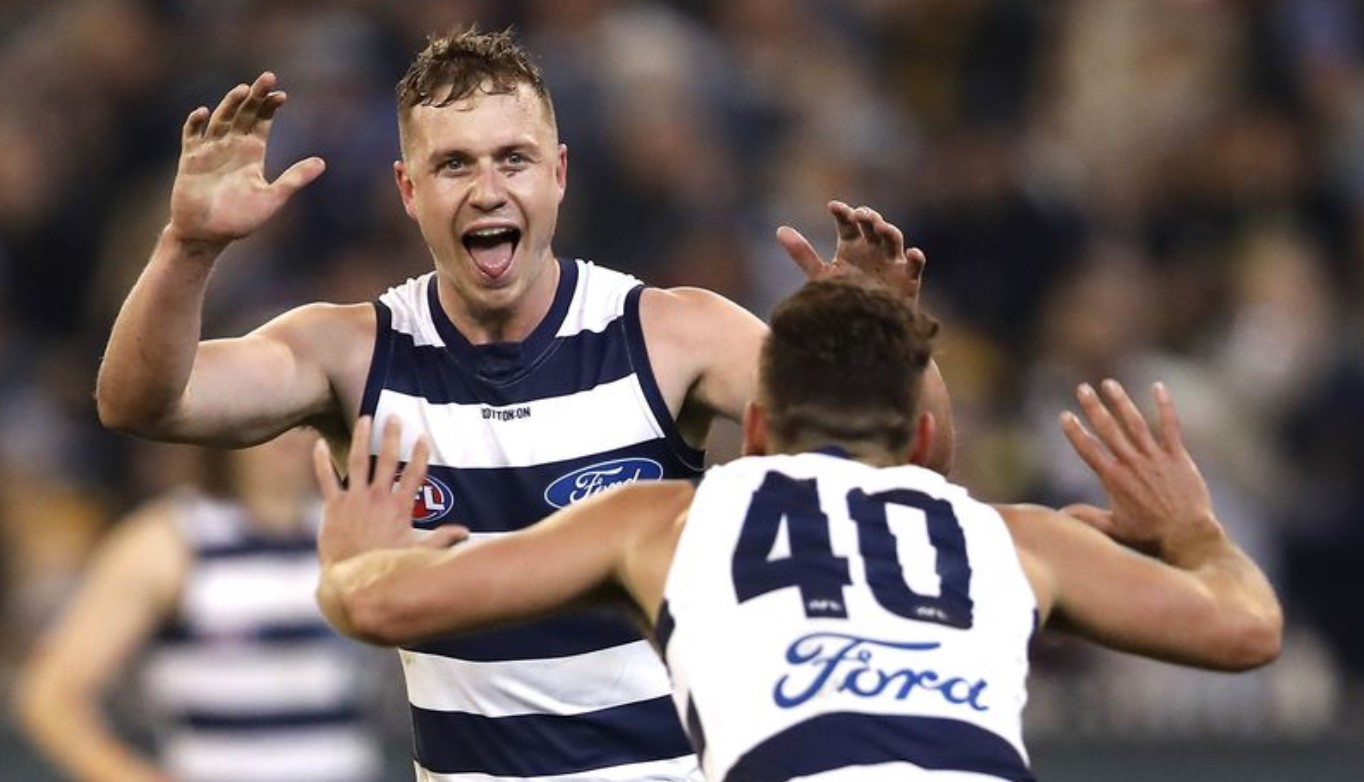 Round 13 rolls on as we move straight into a three game Sunday slate and a wide range of daily fantasy tournaments on offer:

Perfect weather for football across the three locations for this Sunday, which means we can freely play inside and outside players alike without trying to be weathermen as well.

It will be easy to target Adelaide at pretty much all positions as you will see when we get to the midfielders next. The Crows have given up the most fantasy points in the league this season and this has included defenders where they are giving up over 5 points above the league average (second most in the league). The other team to consider on this slate is West Coast. They love to possess the ball across half back and face GWS on this slate who have given up the 4th most points in the league this season.

Well this is clearly the play of the day. Stacking Geelong all over the ground will be popular on this slate, however through the midfield stands a cut above all other positions. The Crows have given up 77 points per player this season which is over 9.1 points above the league average. This gets even bigger for the premium (top 3 scoring) players at 100 points per player (and a massive 107 over the last 5 games).

Geelong have given up the fewest fantasy points in the league this season, however if there is one avenue to target them it is in the ruck. They have given up 75 points per game to the opposition's number 1 ruckman this year (5th most in the league).

Making his debut for the Eagles as a result of their injury troubles through the midfield, O’Neill was the Eagles first selection from the 2018 draft. His key attribute is speed to spread from the contest in addition to great kicking skills, which means he should get opportunity in this West Coast to team to find +6’s given how much they love to the possess the football. He began to show ability to find the football at WAFL level last season, averaging just under 20 possessions in the final’s series.

Bytel laid an egg for us last week, however it is encouraging to see he still attended 58% of the Saints centre bounces. At that level of opportunity, I am more than happy to go back to the well on Bytel at this price point. He showed in his opening game against the Cats he can return value at this price point and we can expect lower ownership this week after burning the field in round 12.

These three are the avenues to Geelong stacks that won’t result in you breaking the daily fantasy salary cap. Clark is returning from injury but may be pushed into a backline role given the team changes. That said in his last game he was absolutely flying on the wing with over 50 fantasy points in just half a game before going down with injury. You couldn’t ask for a better return opponent.

Steven and Parfitt will both get midfield time and have shown already this year they off over 90 point upside.  Combining all three of these players is certainly an option against the Crows.

The top premium selection from the Cats on this slate in my opinion. Look for Dangerfield to possibly spend time resting forward again, especially as the game gets out of hand. Duncan on the other hand never stops and will continue to rack up uncontested possessions long after the kill of the game has gone (ie after quarter time). He hasn’t quite shown the 120+ upside this season as yet, but he has been consistent as the day is long. As mentioned above this is the perfect matchup for him given the Crows give up the most points in the league to opponents top 3 scoring midfielders and they give up the most uncontested marks and second most uncontested possessions, which is right in Duncan’s wheelhouse.

O’Brien scores the best matchup on the slate for ruckman as he goes against Rhys Stanley on this slate. We have already seen from O’Brien that he can hit GPP winning upside with two games over 110 points this year. 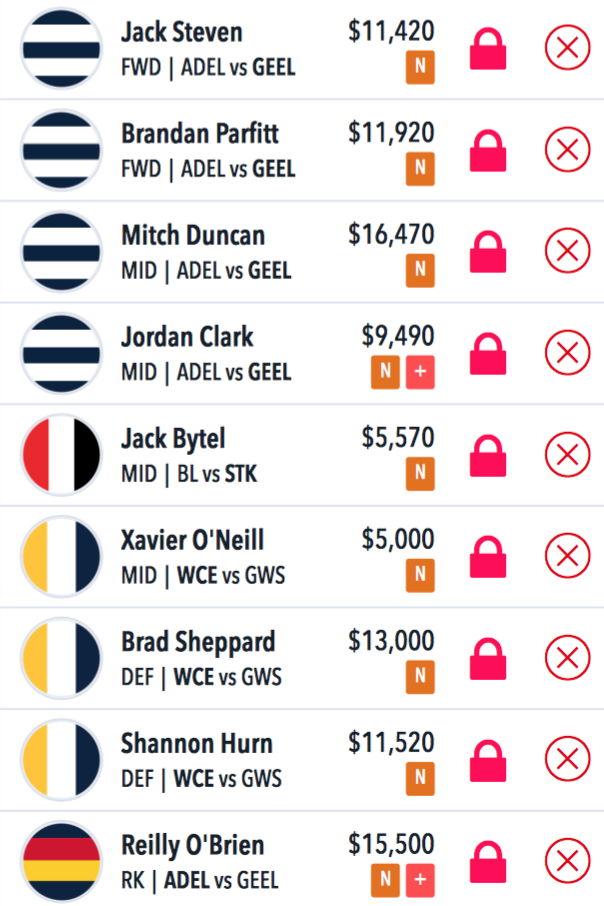 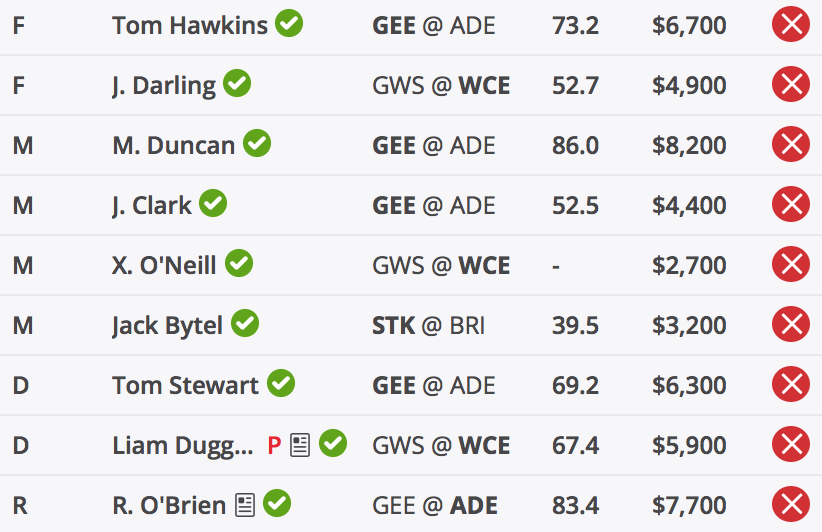