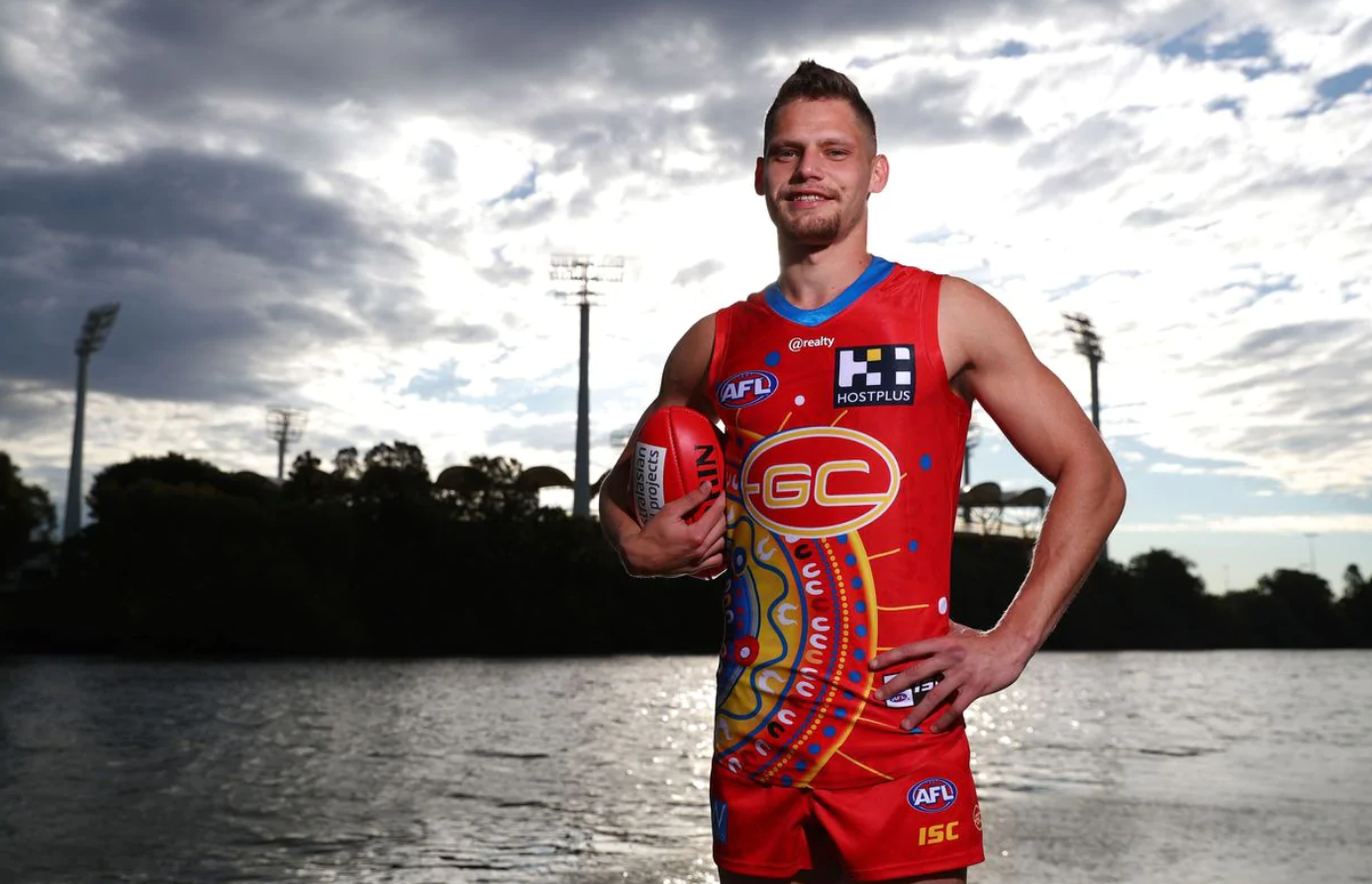 After what feels like a massive 3-day break from AFL it is time to dig right back in again with a Round 13. This round should feel relatively more familiar as we return to Friday night football to go with multi game action on Saturday and Sunday before rounding out on Monday night. This Friday night clash heads to Northern Territory for a game between Gold Coast and Carlton and as always there is plenty of daily fantasy action on offer: 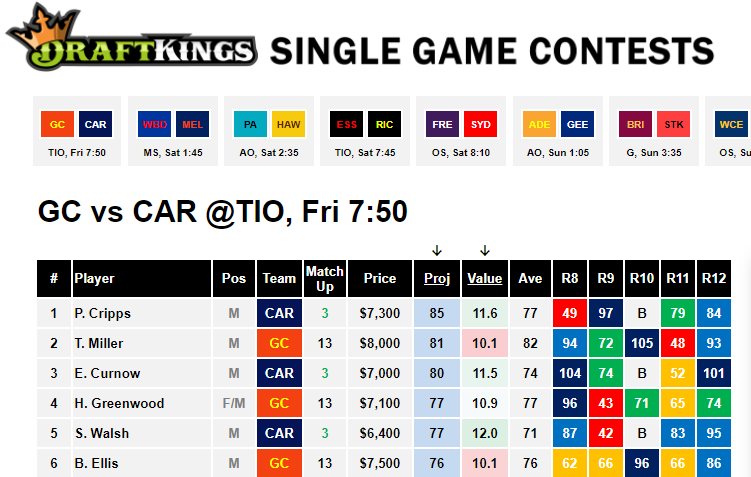 There is no rain on the horizon for this Friday night clash, but it should be hot and humid, which may create some slippery conditions.

As we mentioned last week, even though Gold Coast have seen plenty of improvement this year they have continued to give up points to midfielders. In 2020 that has been 3.6 points per player above league average, which is the third highest mark in the league. The best avenue to attack this is via contested possessions with the Suns giving up the 5th most in the league. This approach worked for those who implemented it last week loading up on Tigers mids, and the opportunity will be there again for this game against Carlton.

Carlton continues to be below average in the ruck, which is no surprise considering they have primarily been playing Mark Pittonet as first ruckman. They have given up +4.6 points per game above league average to the ruck position, which has been primarily from getting annihilated in the hit outs. This should play right into Jarrod Witts hands as he excels at ruck contests.

I will be bringing this play back from last week with Powell cementing his role in the team playing off half back. Last week against the Tigers he made the most of the matchup and returned a solid 67 fantasy points. Over his past four week he has averaged 61 fantasy points and his price is yet to spike too much. Linking Powell with other Gold Coast defenders will again be a sound approach and it worth noting that Carlton have given up the most points to the bottom three score defenders over the last 5 rounds.

Walsh is starting to build on the potential he showed during his rookie season after a very slow start to the year. He is looking much more comfortable in his role and has two blinders from his last two games, which translated into fantasy scores of 83 and 95 (with just one score under 80 from his last 5 games). The midfield is the position to attack the Suns with, so I will be loading up on Blues midfield stacks, and Walsh at this price point will fit perfectly into that strategy.

Carlton shocked most of the daily fantasy players last week as Matthew Kennedy was essentially removed from the midfield rotation for most of the game ending with 0 center bounce attendances. This was the first time in 5 games he has not featured in the middle. It was Marc Murphy who replaced him attending 77% of the centre bounces. This week Kennedy has been left out of the team with an injury, which means we could see Murphy in the midfield again. If that is the case his price is far too cheap, and he becomes almost a lock and load play.

Witts looked a bit more like himself last week posting 76 fantasy point game and beating up on Ivan Soldo. He gets another positive matchup this week against Mark Pittonet, against whom he should absolutely dominate the hit outs against (as noted at the top the Blues concede the 4th most in the league). Witts is priced down considerably from where he would have been last season and we know he brings GPP winning upside, especially at this price point.

Man, he has been a frustrating player this season. He has yet to crack 3 figures in a game and has sunk as plenty of times. That said, he is still at a nice price point considering his upside that has been seen in past years. It is also a dream matchup for Cripps with the Suns leaking points to midfielders, in particular from contested possessions. This is Cripps bread and butter, and if he has played predominantly on ball in this matchup but can jag a goal or two while spending time up forward this could certainly be his first three figure slate of the season. If you are still a big snake bitten from Cripps due to this season results the obvious pivot off is to Ed Curnow who also thrives on contested possessions. 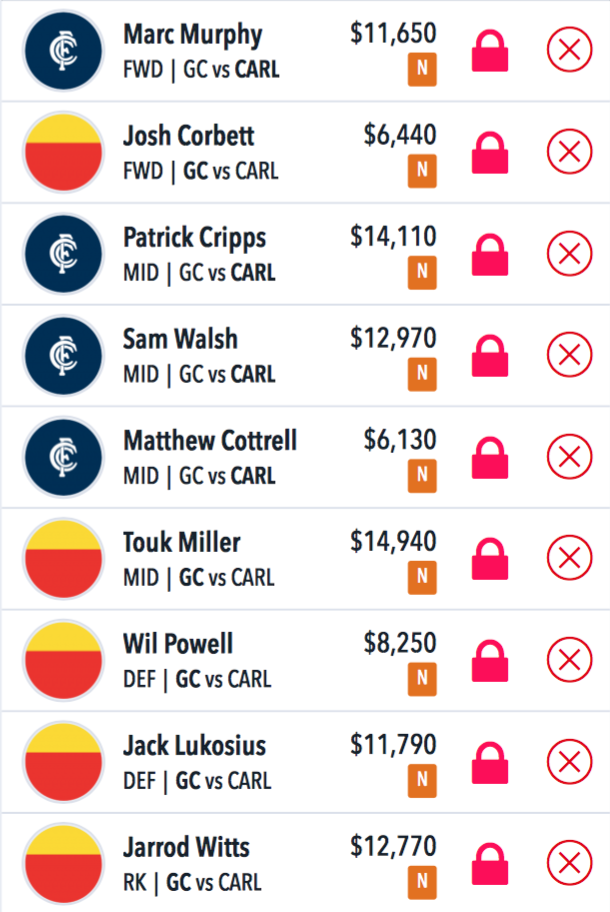 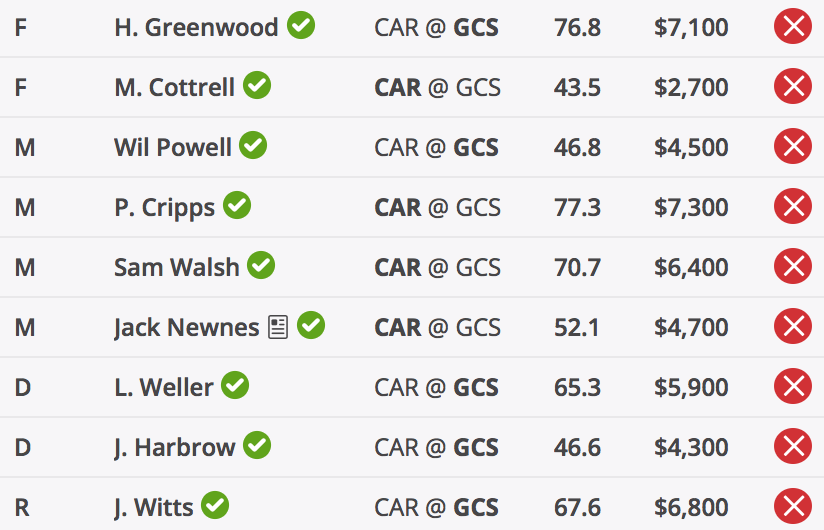