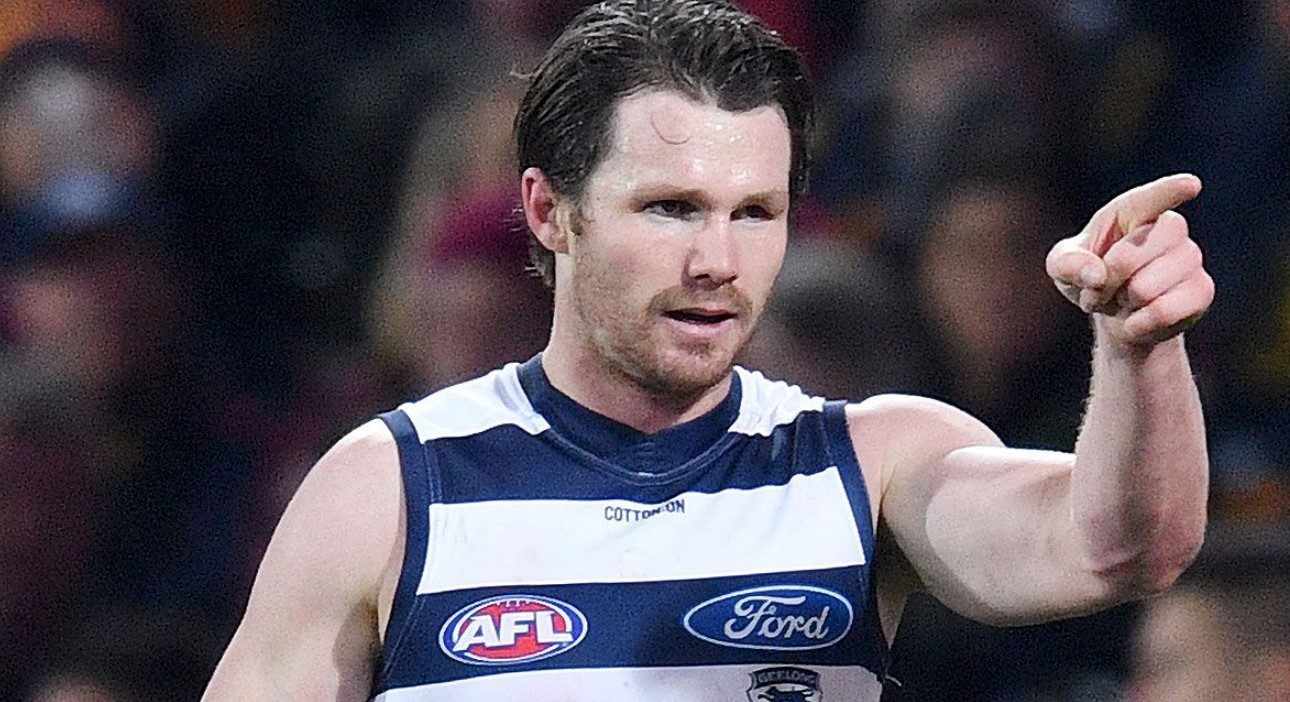 Friday night football is back again for Round 14 as we see a blockbuster clash between Geelong and the rampaging Western Bulldogs. As always there are plenty of massive daily fantasy contests on offer: 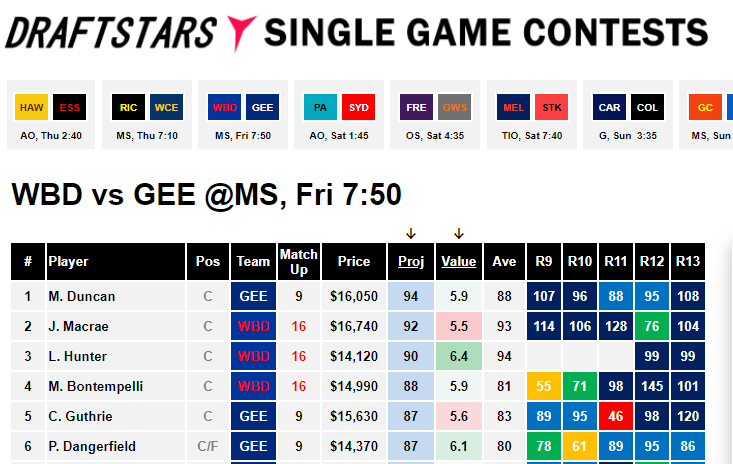 Absolutely perfect conditions for football on this Friday night! Play as you wish.

Direct avenues to target are difficult to find in this matchup with Geelong being the hardest team to score against in the league this season. The Western Bulldogs have conceded the fourth most fantasy points in the league on the other hand, however they sit around league average for defenders and midfielders.

The forward position is the first area that stands out as an area to target against the Bulldogs. They have conceded over 3 points per player above the league average, which is the fourth highest in the competition.

Ruck is the other position that has stood out for years now as Tim English continues to leak the most points in the league. In recent weeks Bev has accentuated this by sending Tim English forward after the centre bounces and allowing Josh Dunkley to take the ruck contests.

As we noted in the breakdown of positions to attack above the Bulldogs have had a difficult time stopping forwards from scoring fantasy points this season. On a slate that has not real obvious value plays we will need to find an avenue to take to fit in some of the premium midfielders. This leaves cheap Cat forwards Atkins and Close. They don’t offer huge upside, however the slate defines who we play and this looks to be the best approach along with lining up cheap Geelong backs.

Stanley is the sole ruck this round for the Cats, with not pure ruck on the ground for a chop out. This should set him up to take advantage of the best matchup in the league for his position with the Bulldogs giving up 79 points per game to the opposition's number one ruck. This number has ballooned to 85 points per game over the last 5 rounds as the Bulldogs have started letting Josh Dunkley take a huge portion of the ruck contests around the ground. As a result, Stanley should dominate the hit outs, and he also has the capability around the ground to rack big fantasy scores.

As noted above we really need exposure to Geelong forwards in this matchup and it is hard to ignore the form that Hawkins has been in recently. From his last four games he has posted a low score of 73 points with a ceiling result of 123. The Bulldogs have always struggled for a matchup against big key forwards and if the Cats play to their potential, he will likely be on the end of plenty of scores.

The Bont has been let loose in the middle with another 19 centre bounce attendances last week. In this role for the past three weeks he has posted 98, 145 and 101 showing his monster upside and at a reasonable price point.

I love this play given it is a big Friday night game with Dangerfield now being totally unleashed in the midfield after featuring in the most centre bounces of any Cat last week against the Crows (with 16). He is priced below the other premium midfielders and brings 110+ upside in the shortened quarters, he will be the first player I go to when building my Geelong stacks through the midfield. 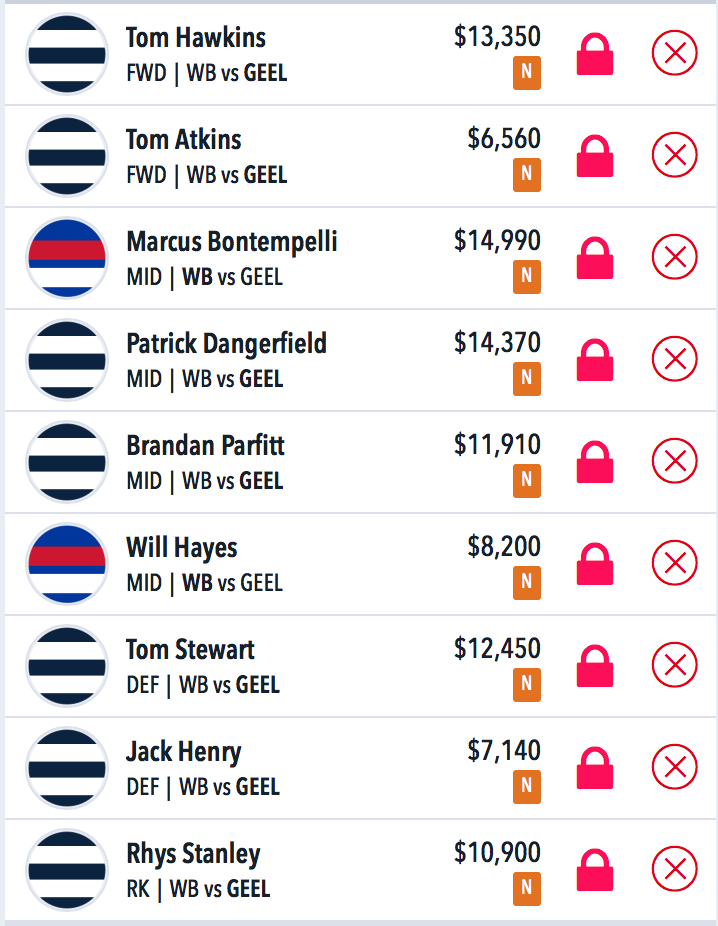 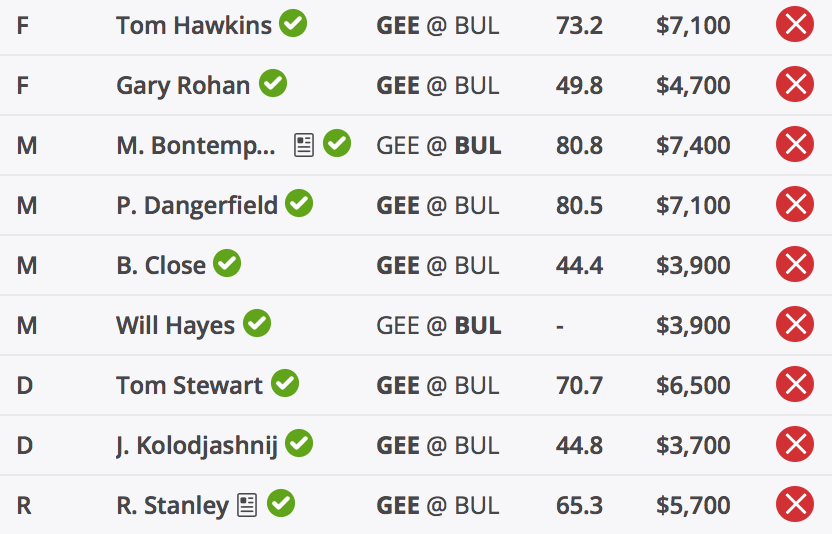