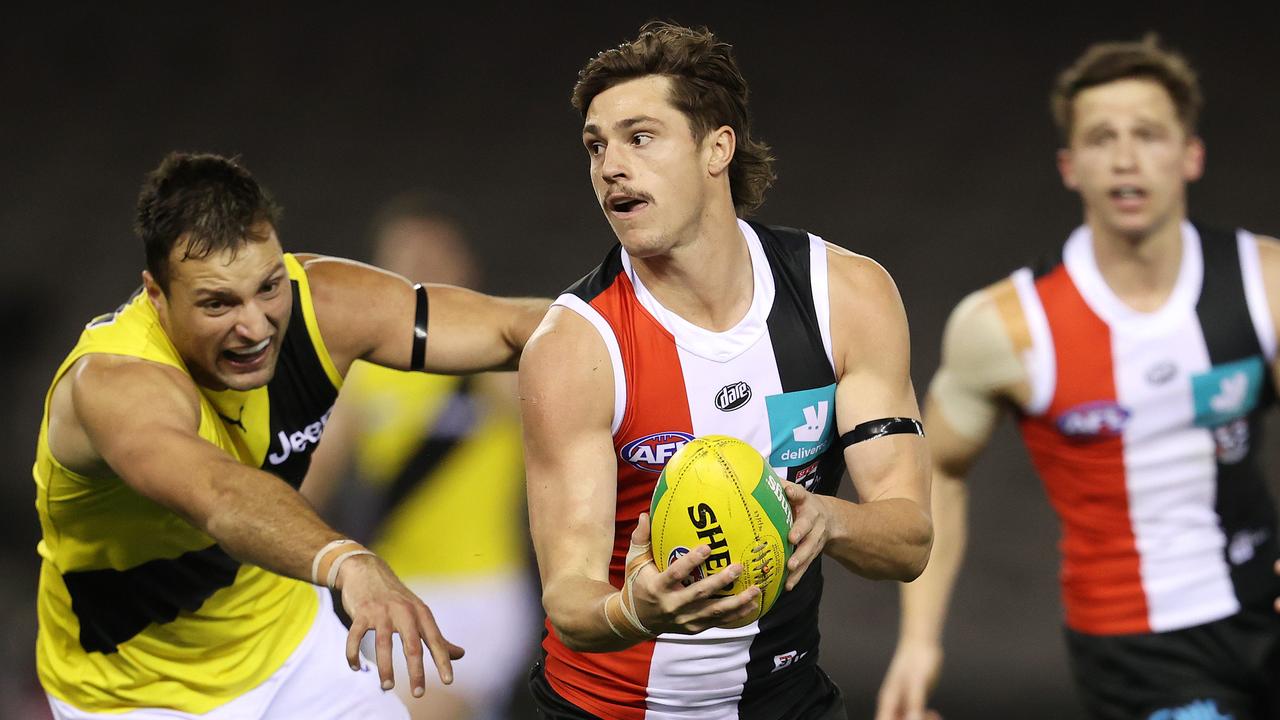 A mini super Saturday this week with a nice little 3 game slate to dive into. Once again there are massive daily fantasy contests on offer across the platforms:

Absolutely perfect weather conditions for football across the board tomorrow. The only location with even a hint of rain is Perth, however come game time it looks all clear. Alice Springs will likely have the nighttime dew with those low overnight temperatures, but beyond that we are all good to go!

Unexpectedly it is GWS who have given up the most fantasy points to defenders this season out of the teams on this slate. This could play perfectly into Fremantle’s game style of starting their attack from the back line and using the short kick. Melbourne are the other side who feature in the top 5 this season, and they see a bump when you start isolating the top three opposition scorers.

Through the middle it is clear cut to attack the Demons. All season they have been getting torn apart through the midfield giving up the second most points to the position (75 points per player), only behind Adelaide.

Ruck wise it looks like a layup on this slate. St Kilda have given up the 5th most fantasy points in the league this season at 73 points per game to the number one ruckman (note this has wound back considerably over the last 5 games). Max Gawn has assumed sole ruck duties this week and should comfortably dismantle the Saints setup.

Very difficult slate from a value point of view and it really leaves Ed Phillips as the one obvious play. Recalled by the Saints, Phillips has played two games so far this season posting 60+ points in each contest. Typically playing an outside roll on the wing this is a brilliant matchup for him with the Demons playing an open game style that conceded points through the midfield, giving up top 5 uncontested possessions and marks.

In the mid-tier we are simply picking off players that appear too cheap on this slate. Williams is playing off the half back flank and has had an up and down season in 2020 with injury interruptions. He looked to be back to his old self last week posting a 81 point game despite playing for the losing team. He has over 100-point upside and can be used to link with other Giants defenders.

Brayshaw is yet to see much of a price boost despite the fact he has been thrust back into the midfield over the past four weeks (attending over 70% of Melbourne's CBAs). This has seen him post 2 100+ point games over this stretch to go with a 79-point game last week. We all remember the type of upside Brayshaw had two years ago and he looks to be back into a similar type role with his confidence growing significantly. It isn’t a dream matchup against the Saints, however they do concede the 5th most uncontested possession in the league, which is Brayshaw’s bread and butter when he is up and going.

Steele has been an absolute beauty this year. His consistency has been remarkable with only one real throwaway score across the season. He has GPP winning upside even at this price point posting 110+ fantasy points on 3 occasions (including last week against Brisbane). On this slate he has the ideal matchup for midfielders going against Melbourne who have given up the second most points in the league to the position.

This is my GPP low ownership special. At his price point I can’t expect there to be many taking him on, which is a bonanza for GPPs. As I mentioned at the top GWS have given up the 4th most fantasy points to backs this season and I love stacking up the Dockers outside players when they are playing at home. Link him up with fellow defender Nathan Wilson who has seen a resurgence this year, or other outside types such as Adam Cerra. 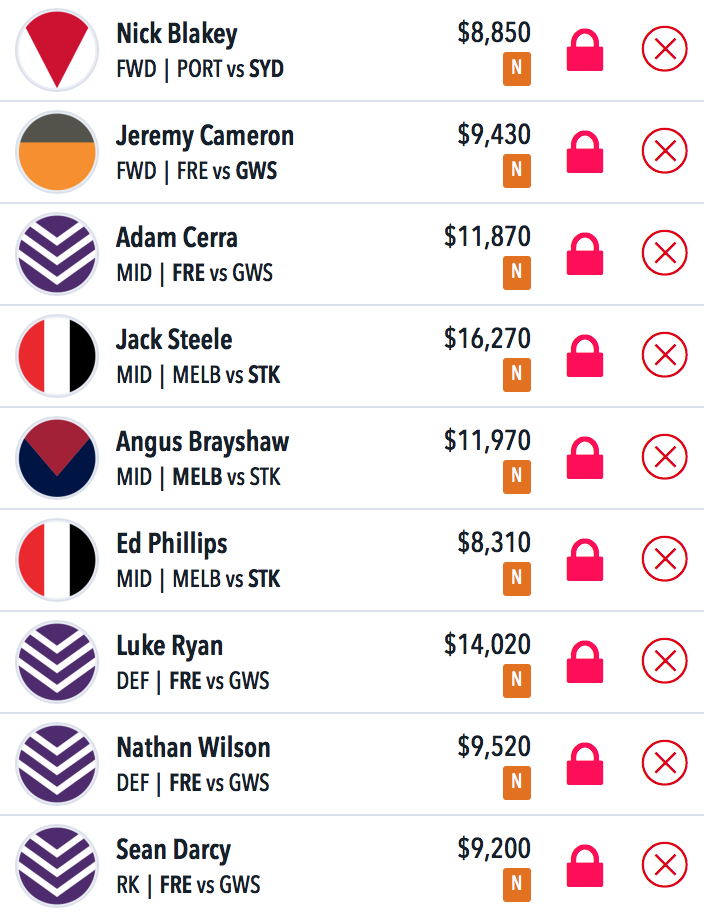 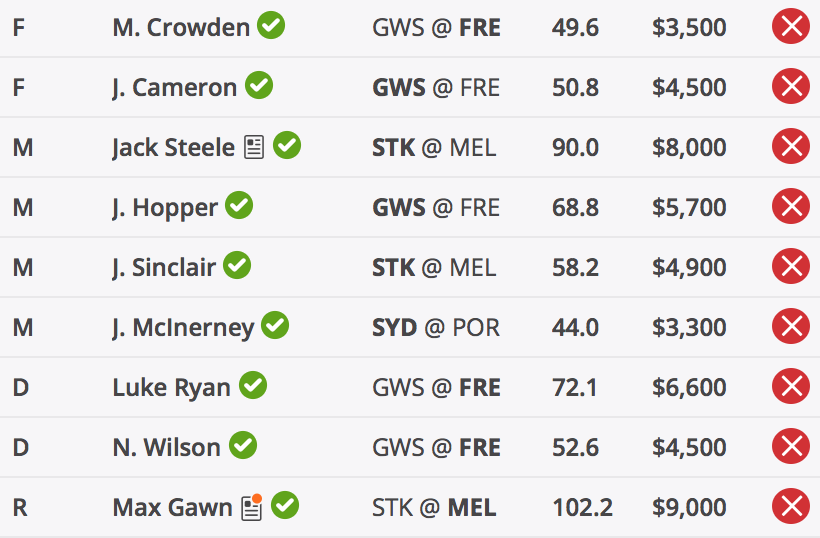