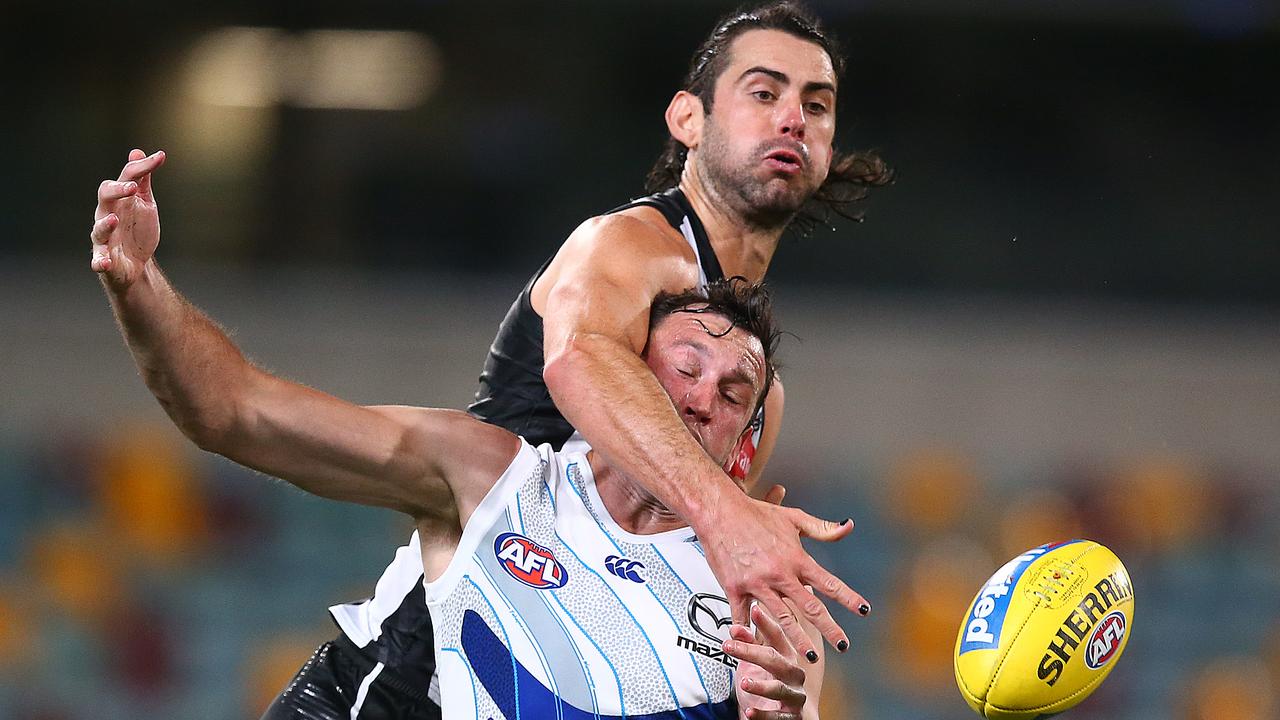 A fun little two game slate this Sunday to close our round 14. The usual offering of huge daily fantasy contests is available:

Consistent weather predictions, which isn’t surprising given the games are only about 1 hour apart by car. Conditions look good for football with the chance of a light shower but nothing that will have a major impact on the game.

Defenders against Collingwood has been a thing all season and it is a trend that has been increasing over the past five games. Collingwood is giving up the biggest scores of the season with the top three scoring opponents at the position averaging 75 points per game (over 7 points above the league average).

Gold Coast have continued the trend this season of conceding points through the midfield. While they have tightened up somewhat, they have still conceded the third most points in the league this season and this trend is on the increase over the last five games.

North and Gold Coast face each other on this slate and it should be a day out for both forward lines with the Kangaroos conceding the third most points to the position this season, while Gold Coast are slightly behind giving up the 5th most.

Linking up a couple of cheap Carlton backs is a good GPP strategy on this slate as it takes advantage of the matchup against Collingwood who leak a lot of points to defenders. This is particularly important on a slate where there isn't a lot of obvious value and you can play low owned backs who do offer a solid amount of upside.

Docherty hasn’t been the same fantasy player this season that we have seen in the past with Carlton possessing the football less as they play a more direct style. That said he has started finding more of the ball recently with back to back 70+ point games and we all know the massive upside he can get to. On this slate it is arguably the best matchup in the league for him as noted above with Collingwood giving up the most points to the top three scoring players from the position this season.

These two plays are really to do with the impact of the Magpies missing players than anything. Without Adam Treloar or Steele Sidebottom playing, Collingwood will likely use Mayne up the ground and on a wing in this game. Fresh off a 78-point game from 24 touches last week with Sidebottom now also out there is no reason this role should change. Elliot has been playing significant time through the midfield for much of the season attending around 50-70% of the center bounces, which should only increase without Sidebottom playing.

Cripps price is dipping to a point where it is hard to ignore now. Like Docherty, he has not posted his usual gaudy numbers this season, however he has been more consistent recently with only 1 score under 84 points from his last four. With 100+ as his upside I like this price point for Cripps in a huge game against the club’s number one rival.

For the first time in a long time Grundy has began to share the load of the ruck work and it has impacted his scoring. From his last 5 games there have been two 71-point games, which has been unthinkable from Grundy in recent seasons. That said, he still has the best matchup on the slate against Pittonet and if he can go 90+ at this price point it is likely to be enough. Remember the slate dictates who we play. 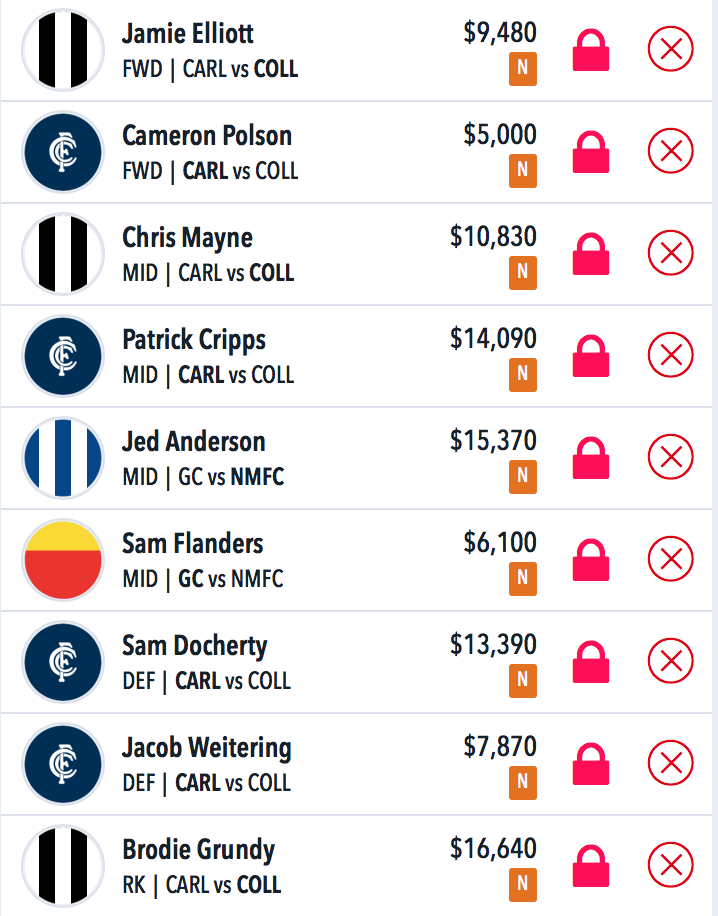 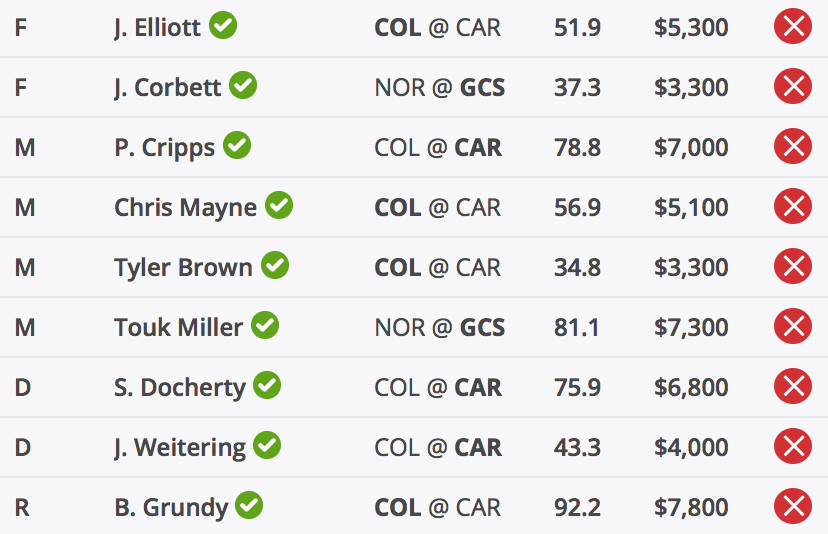