Well isn’t this a nice little slate to get the weekend started early. An entree of two mediocre teams who can be attacked in certain ways for fantasy points, followed by a bit of a blockbuster which should offer up some nice fantasy angles as well.

There is another $50,000 main contest (Two Games) on Draftstars, as well as all the usual options:

Teams: There are 2-3 changes for each team, the most significant being both Draper and Bellchambers out for Essendon, replaced by Phillips and Daniher. Both Jon Ceglar and Toby Nankervis come into muddy the waters in their respective ruck departments.

The obvious game to target on trends is the early game, with both teams in the top 5 for total fantasy points conceded. It doesn’t necessarily always pan out when bad teams play each other, but I do think Essendon have a good chance to rack up some points here. 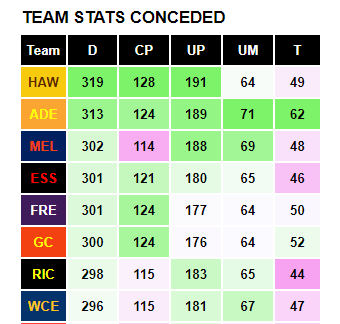 The most well-known and obvious trend is backs against Hawthorn, but you can attack them anywhere. Beware that they restrict bottom 3 midfielders really well, so look at Essendon’s premium options instead. Mids, Forwards and Rucks are all good plays against Essendon, so a Hawks upset could be a lucrative stack. The best plays in the late game are premium Backs and Mids against Richmond, who give up a lot of uncontested ball in the back half of the field.

If I am playing anyone from Richmond it’s probably Dustin Martin ($13,780 / $7,300), who surely has to play the whole game in the midfield again if Richmond are a chance. My only query will be the inclusion of Mark Hutchings who has done tagging roles against Martin in the past.

Jeremy McGovern ($10,490 / $5,600) is another that has been scoring well and has great upside at his price if West Coast engage in a little kick to kick in the back line.

RUCK: I’m staying away from the dual ruck setups of Hawthorn and Richmond, so we’re left with Andrew Phillips ($10,620 / $5,200) in the early game who should be a reasonably safe cash play for around 60 points. For a little extra the obvious play on this slate is Nic Naitanui ($12,590 / $6,700) who has been in some nice form and has a good matchup, although the dual ruck setup at Richmond could make things a little more difficult.

The wildcard is Bailey Williams ($5,000 / $2,900), an athletic young ruckman that likely won’t have a great ceiling himself, but could steal enough time from Nic Nat to take away his ceiling.

Final Word: Don’t forget that we have a 4:40pm start time for this slate, very strange indeed. You can stack any team on this slate with no clear cut results, so get funky with it! Good Luck. 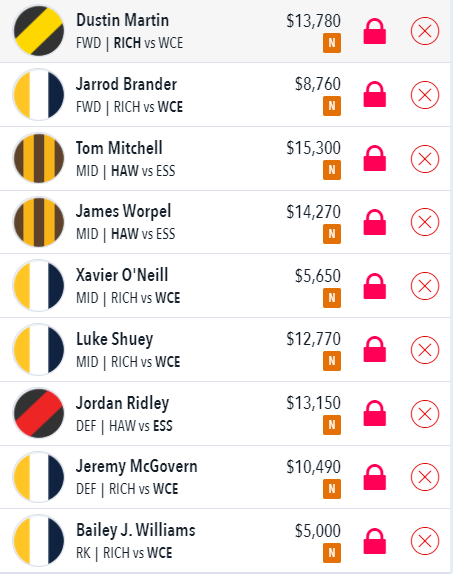 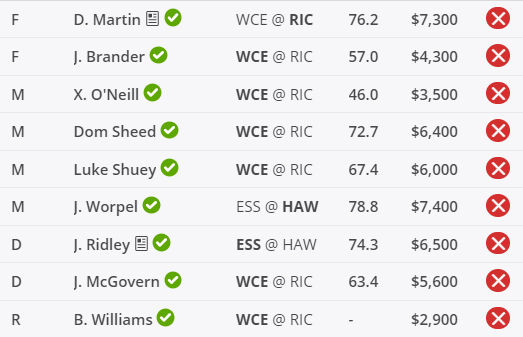