Friday night football is here as we close out Round 15 with a key matchup as we head towards the business end of the home and away season between Brisbane and Collingwood.  As always there are plenty of massive daily fantasy contests on offer: 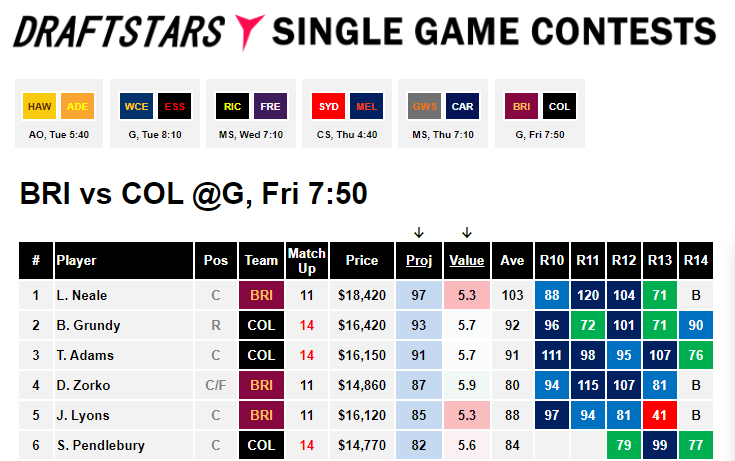 Must be beautiful up there at this time of year....

This is a tough matchup to break down from a point conceded perspective with Brisbane giving up the second fewest points in the league this season. Collingwood are just above average for points conceded but that is essentially all from the one position:

Defenders against the Magpies is the only clear avenue to target. Collingwood have given up the third most points to defenders in the league this year. The really interesting part is that this jumps to the most points in the league when you isolate the opposition's top three scorers. When looking at just these three Collingwood are giving up 75 points per player, which over 6 points better than league average. Given this it is no surprise that they give up the second most uncontested marks in the league.

Lester has been racking up plenty of uncontested football in recent weeks posting back to back 70+ point games. Despite this he has not seen any significant price bump and as a result continues to be a great value play on this slate. Playing across the half back line makes this an elite matchup for Lester as we noted above with Collingwood giving up the third most points in the league to defenders.

This is a GPP play with Charlie Cameron in the middle of a serious funk with three straight scores of 41 or lower. However, I love the Lions on this slate as they are coming fresh after a week off, while the Magpies have had just a 4-day break. Cameron was carrying a little niggle before the bye, which appeared to significantly impact his performance. He should be cherry ripe to get on the end of goals in this game, particularly if it blows out. Before his recent poor stretch, he started the season with 8 games from his first 10 of 52+, which would be a value return at his current price point.

Greenwood returns after being managed after playing just one game. These are things that happen in the football festival. In his only game of the season Greenwood showed his ability to post fantasy points with a 54-point performance. It is possible with the lack of midfield power the Magpies currently have he also gets an opportunity to do a role (on Neale for example) in the middle.

This is the Lions sole “premium” defender. If you can even call him that. As we noted above Collingwood have been giving up the most points in the league to the oppositions top three scoring backs this season and you can expect Rich to likely be in this top three. He is priced nicely and should have every opportunity to meet his ceiling of around 80 points in this matchup.

Tipped him last week and it paid off in dividends with Elliot featuring in 90% of Collingwood’s centre bounces and returning a season high 103 fantasy points. It would be negligent to not mention him again this week, despite the matchup being far more difficult. With all the outs the Magpies have, he will again play predominantly midfield meaning he has the opportunity to pay off this price point. One point to note is the option to possibly fade him as given his role and recent score he will likely be the highest owned player on the slate. In that situation Elliot does have the downside that a fade could pay off.

Zorko is back into full pig mode now. Attending around 50-60% of the team's centre bounces he is playing sufficient midfield time to allow consistent scoring in the 85-100 point range. This is perfect for his price point, which sits below both Lachie Neale and Jarryd Lyons. Teams typically turn their attention to Lachie Neale when it comes to tags these days, which leaves Zorko to run free. If this becomes an easy kill for the Lions as I am expecting a ceiling score of 115 points is in play. 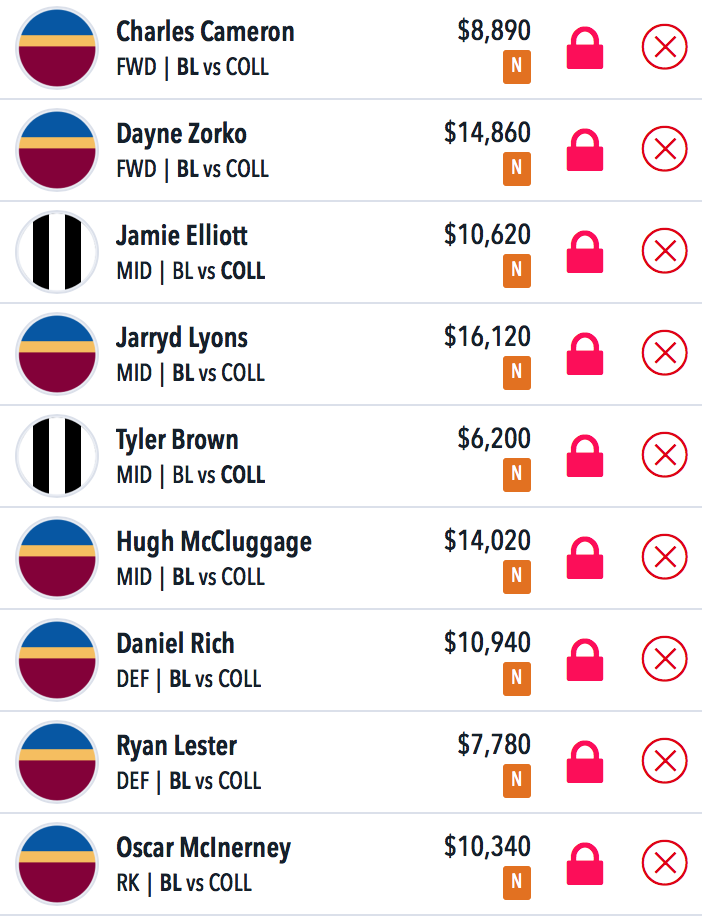 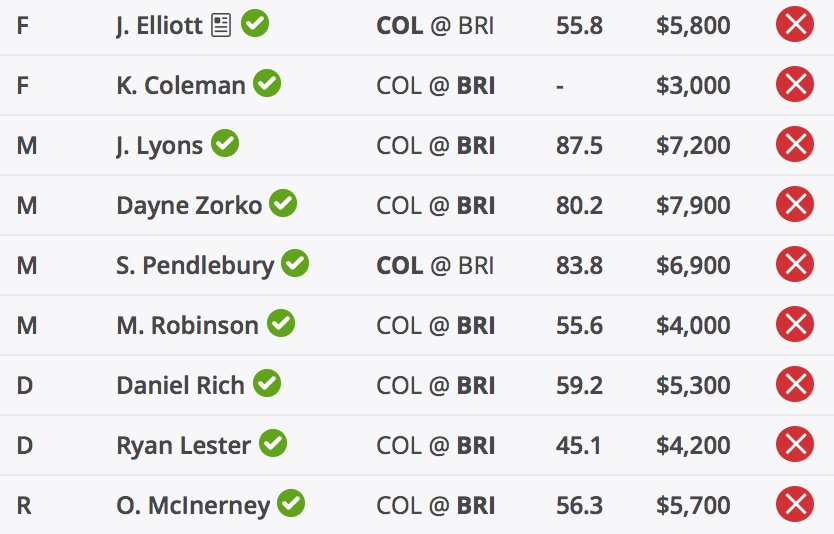