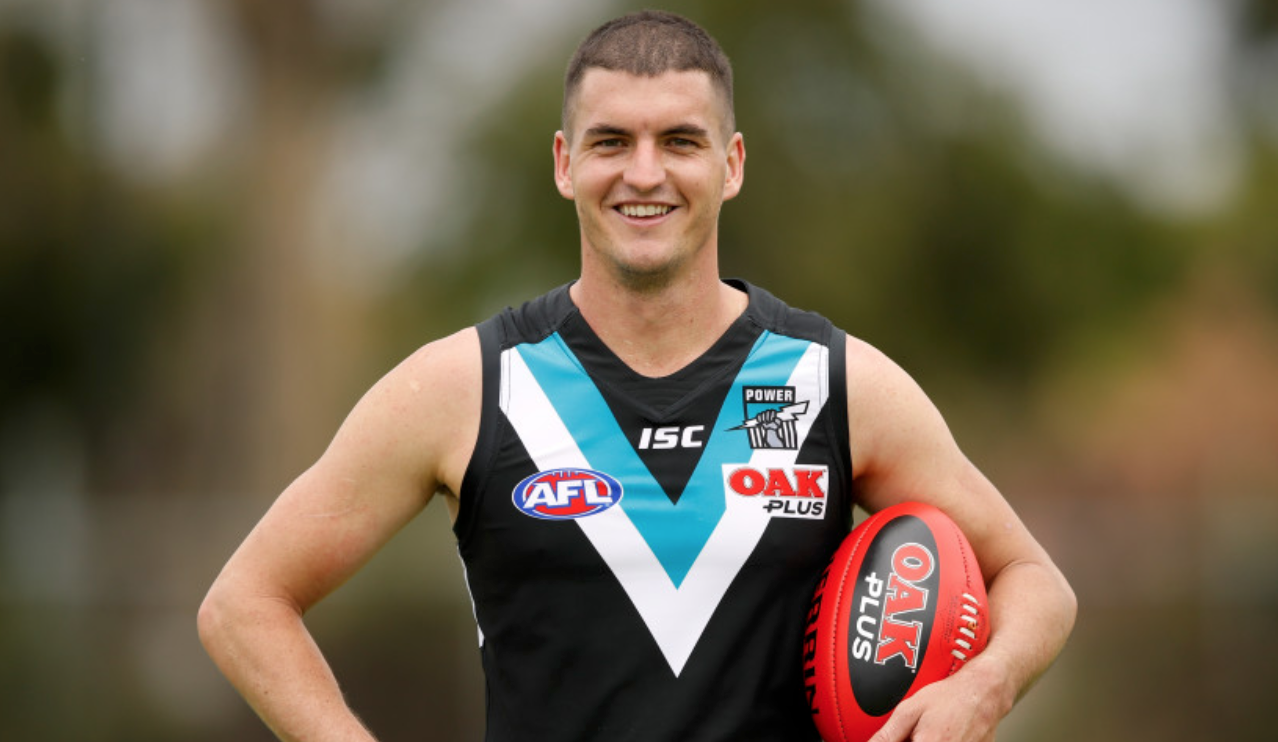 Are you able to keep your bearings with Round 15 finishing on a Friday night and Round 16 kicking off on Saturday? Luckily for daily fantasy that is neither here nor there as each day is a totally new day. This Saturday slate brings us one game between North Melbourne and Port Adelaide. As always there are massive DFS contests on offer:

Overall the weather looks good throughout the day, there is a slight chance of a downpour during the match with a chance of a thunderstorm flagged for the evening. Keep an eye on the forecast as we get closer to the first bounce.

As the season winds down North Melbourne are looking more and more disinterested in the contest as indicated by Port Adelaide coming into the game as over 5 goal favourites. This approach is seeing North concede more and more points to midfielders every week, including 74 points per player over the last 5 weeks (the second most in the league).

All year long North have leaked significant points to forwards giving up the 4th most in the competition to the position. When we isolate the top three scoring forwards they move to the second most points conceded at almost 5 points per player over the league average. The obvious trend here is going to be Port Adelaide stacks across the ground in this matchup.

Perez is making his debut in an extremely tough matchup against premiership contenders Port Adelaide. It is typically not the type of matchup where you want to take on a first gamer, however Perez will have a nice role in the North Melbourne team playing off half back. The ball should be down that way a lot in this matchup and North Melbourne have been over possessing the ball in this part of the ground significantly in recent weeks, which will give Perez the opportunity for cheap possessions and he won’t need many to reach value at the minimum price.

Farrell has significant upside as we have seen already this season with him posting a 90 point game earlier in the year. This is an elite matchup for him with Port favoured by over 30 points and as we noted above North Melbourne give up the third most points in the league to forwards. He should essentially take Brad Ebert’s role, which can be a solid position for fantasy scoring pushing up the ground from the forward flank.

Gray has been moved into a more of a midfield role as the season has gone on this year. As you can see on our center bounce attendance tool he has been in anywhere from 33-75% of Port’s center bounces over their past 6 games and last week was evidence of what this can mean with Gray posting 98 fantasy points. It is an elite matchup for both midfield and forward as noted above, which means another ceiling game for Gray is certainly in play.

Forwards, forwards, forwards for Port Adelaide in this matchup. We can’t emphasise enough the fact that North Melbourne have leaked a lot of points to forwards this year and that Port Adelaide are heavy favourites in what is expected to be a relatively high scoring game (overall game total over 120 points). Dixon has had an outstanding year this season and if the Power demolish North he will get on the end of enough goals to pay off this price point.

Absolutely love Rockliff in games that are expected to blow out. No one loves racking up uncontested fantasy points in games where the kill has gone out of the game and this is what I expect for the fourth quarter of this contest. He has shown to still possess massive upside posting a 123 point game this season.

This is not just a breakout year for Jed Anderson, it is a take the sledge hammer to the front door and bust it down type year. He has posted two games of 113+ from his last three and while this isn't a great matchup with Port giving up the second fewest points in the league to his position, they are vulnerable to players who rack up contested possessions. 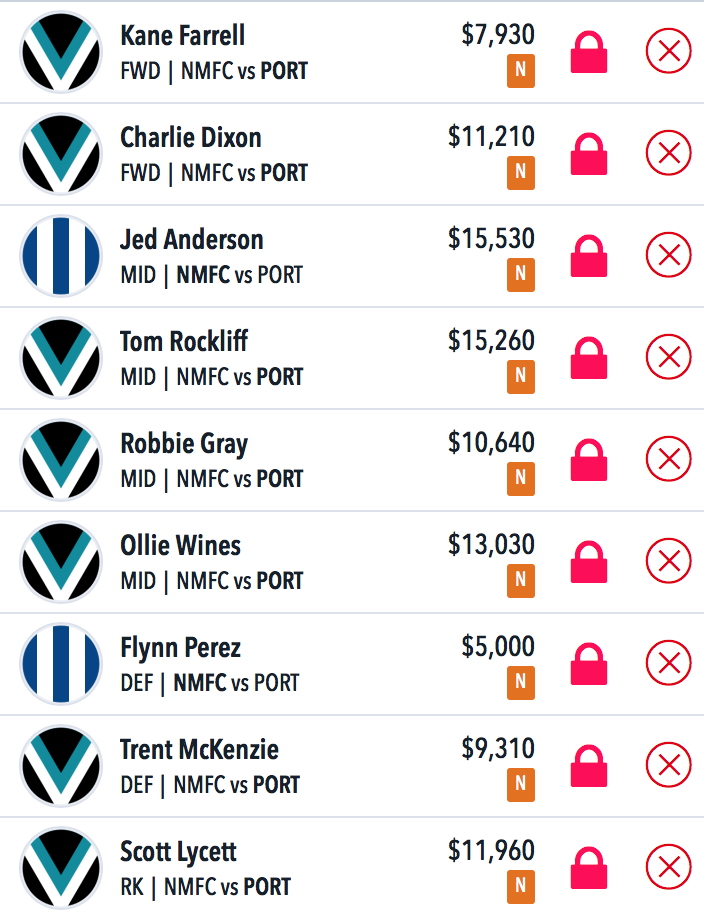 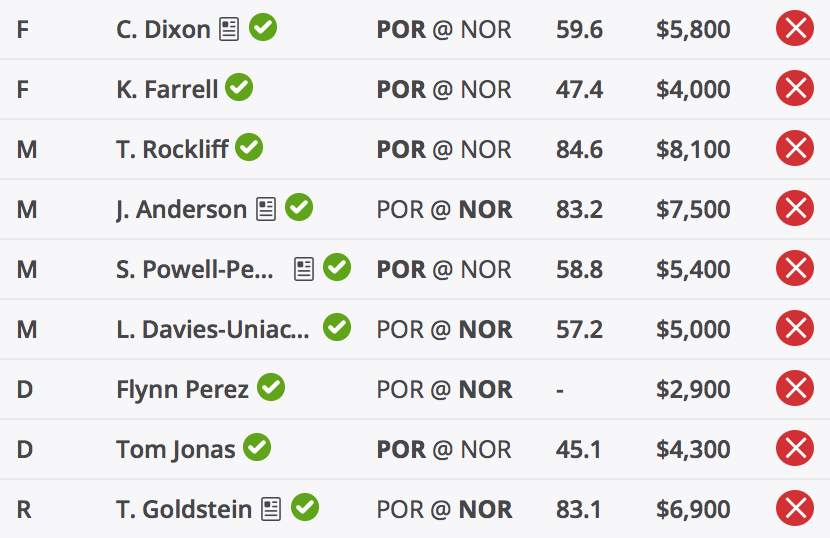