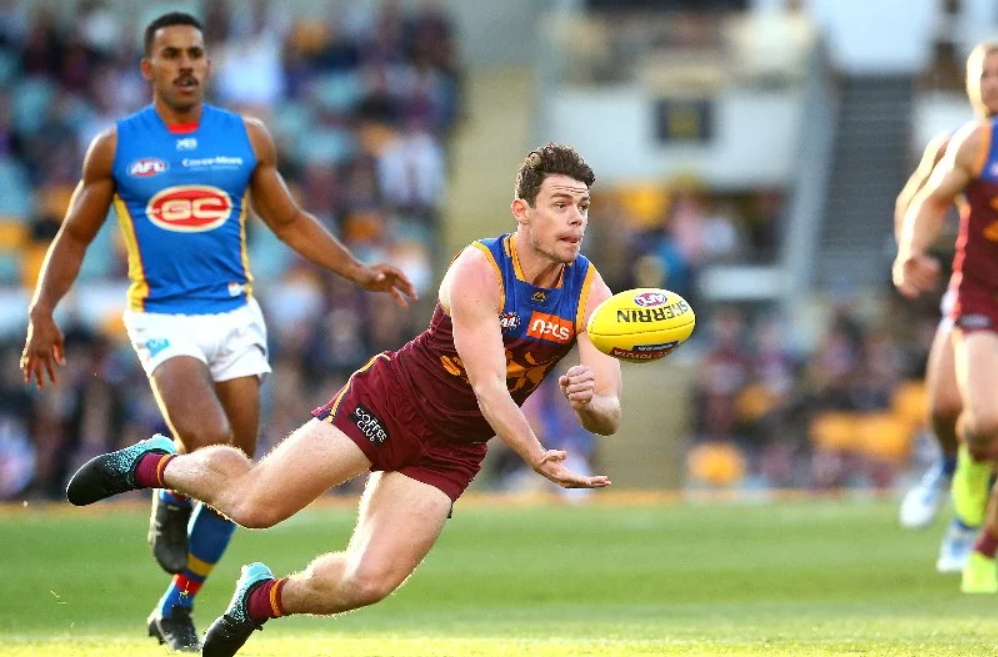 A Wednesday night Q Clash is a peculiar treat in 2020, not exactly primetime but a standalone slot still makes it interesting. Unfortunately, the Suns form is always liable to drop away late in the season, but a 63 point thrashing of North followed by a 9 day break should help them give a good contest. The forecast looks fine for now. An injury for Harris Andrews and a rest for Grant Birchall are the key changes, with the Suns unchanged after their big win. 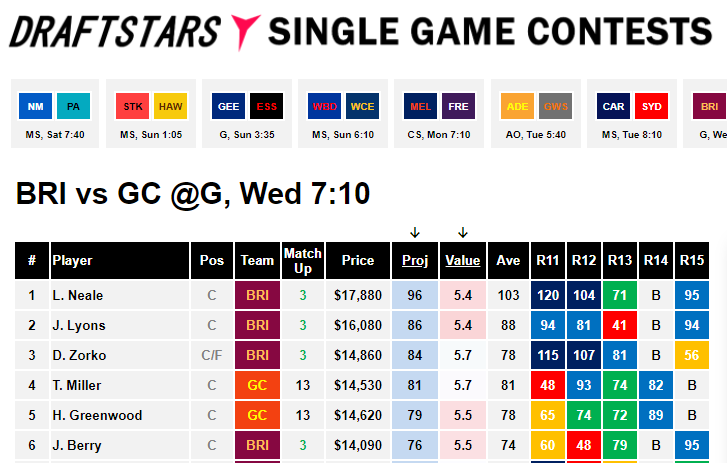 Trends: Typically, the Lions are stingy with points and the Suns are not, so Lions stacks are the most likely approach here. If we are looking for somewhere to squeeze in some Suns, the logical place is in defence where the Lions concede nearly the same amount points in the last 5 games, and with the ball more likely to be in that part of the ground. 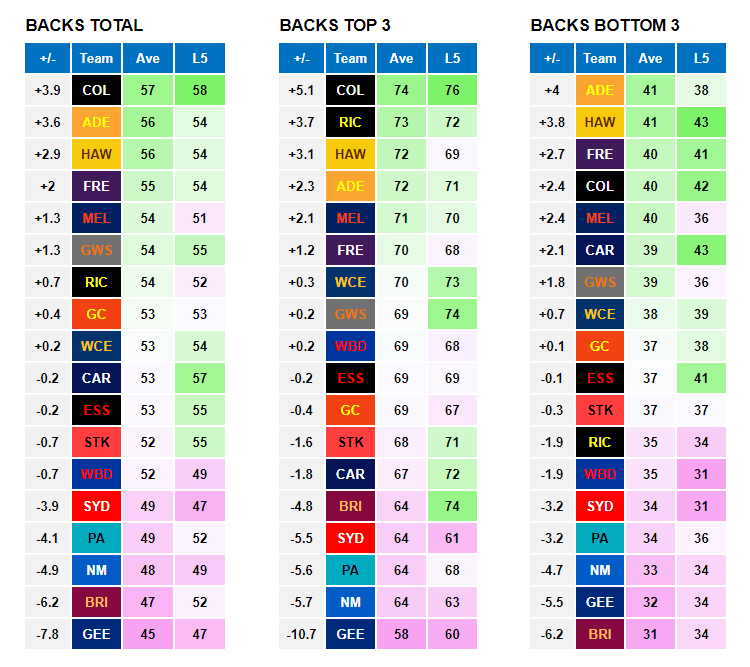 FWD: There isn’t much trustworthy value here, so you’ll need to take shots at various players if entering several lineups. The likes of Eric Hipwood, Charlie Cameron and Dan McStay could all be the winning pick if they can get on the end of several goals. My preferred Suns picks are Darcy Macpherson and Izak Rankine, who haven’t been setting the world alight, but have the potential to get around the ground and pad out some extra stats if goals aren’t flowing for the Suns.

I like betting on the talent of Cam Rayner, who continues his slow evolution towards becoming Dusty Martin. He can be dangerous up forward, but he also gets a small allocation of midfield action each week which boosts his scoring potential.

MID: Keidean Coleman was pretty handy on debut last week, getting up in the middle of the ground to take several marks. If he repeats a score in the high 50’s he’ll be a great value pick. An alternative value option is Mitch Robinson, who hasn’t been very good lately, but still has the potential to touch 80 points if the ball gets to him on the wing a bit more often. Suns Noah Anderson and Lachie Weller can both do damage at their prices, and David Swallow with his 100 point ceiling is very fairly priced. It won’t be easy to fit in Lachie Neale or Jarrod Lyons at big prices, so I’m looking at Dayne Zorko, Jarrod Berry and Hugh Mcluggage as contenders for the big midfield scores. They’re all inconsistent so one or two of them at most in a lineup is advisable.

DEF: Ryan Lester is the form option, with 3 straight value scores and looking like the team are happy to put the ball in his hands running from defence. Noah Answerth and Brandon Starcevich have shown similar scoring upside at times, so are worthy pivots. Jack Bowes and Jack Lukosius are the Suns two defensive weapons who they look to feed the ball to at every opportunity. They both have the best ceilings among defenders on this slate.

RUCK: With Archie Smith in the team to steal some of the ruck duties from Oscar McInerney, I don’t think either Lions ruckman is a strong play in this way. I’m inclined to lock in Jarrod Witts and hope for a strong night. Many will be tempted by Sam Days last score of 58, but that was in a drubbing of North Melbourne and life should be tougher in this one.

Final Word: Do the backline changes open the door for the Suns to cause an upset in this one? The Suns fan in me hopes it’s the case, but it does seem unlikely. If you like that narrative then the likes of Sam Day and the other cheap Suns forward could become much more interesting as low-owned options. Good Luck! 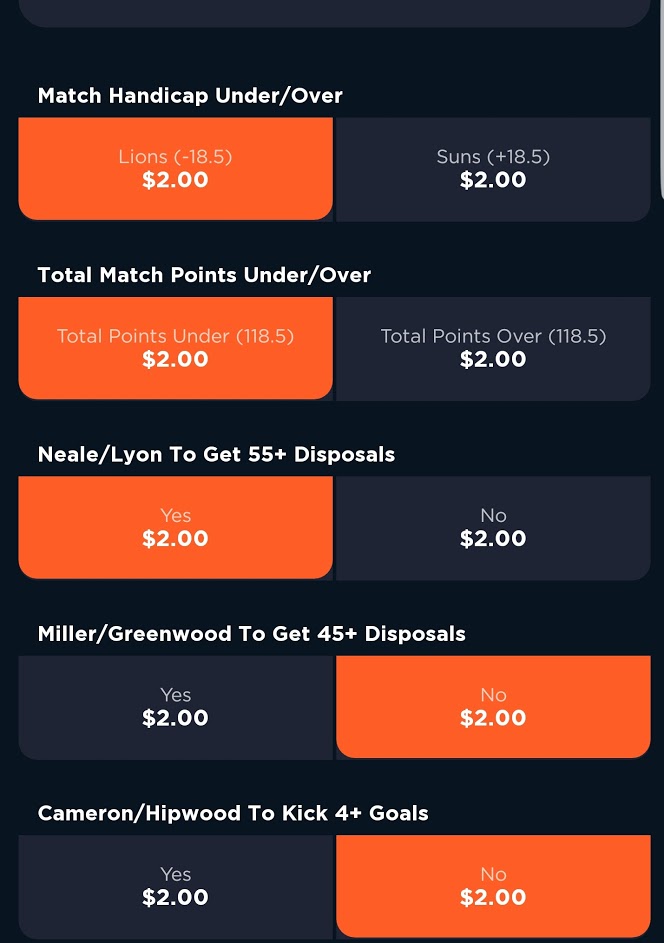 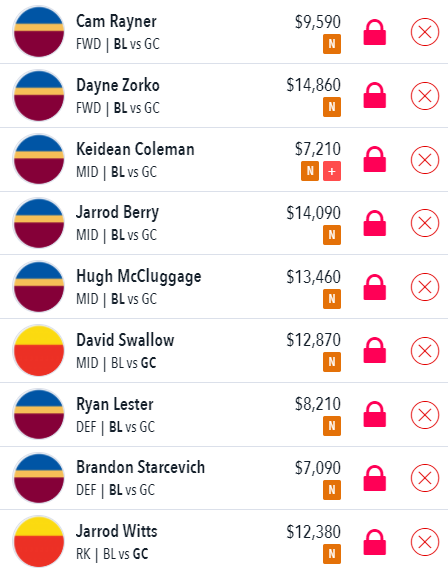