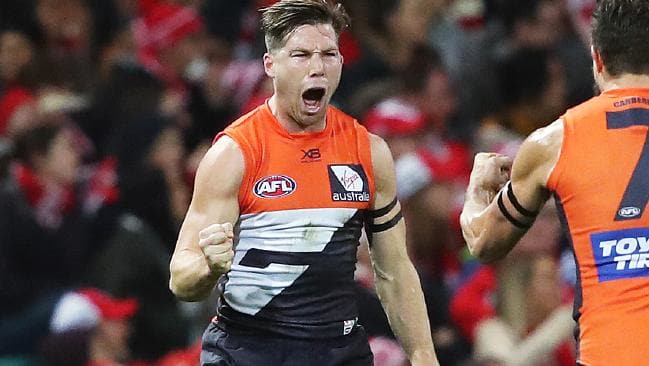 Tuesday Double Header action for the AFL continues for Round 16 and unbelievably this is the last Tuesday’s fixture for the 2020 premiership season. As always there is plenty of daily fantasy action on offer: 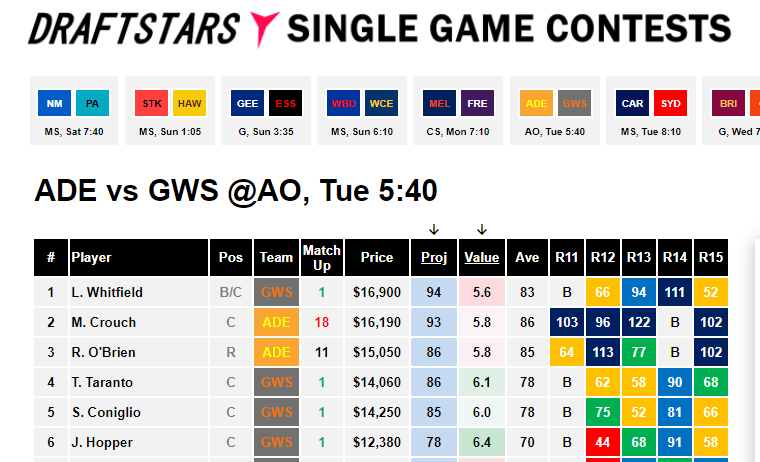 Both Adelaide and Gold Coast are showing conditions that are unlikely affect point scoring. So, we are good to go there.

Readers of these previews throughout the season would have engrained their mindset to target opposition players against the Crows. While this rings true for this round, I want to give a shoutout to the Crows for breaking the trend against the Hawks in Round 15. However, as you can see below, outside the loss to the Swans, GWS have outscored opposition in terms of fantasy scoring since Round 8. It looks like a big scoring slate for the Giants. 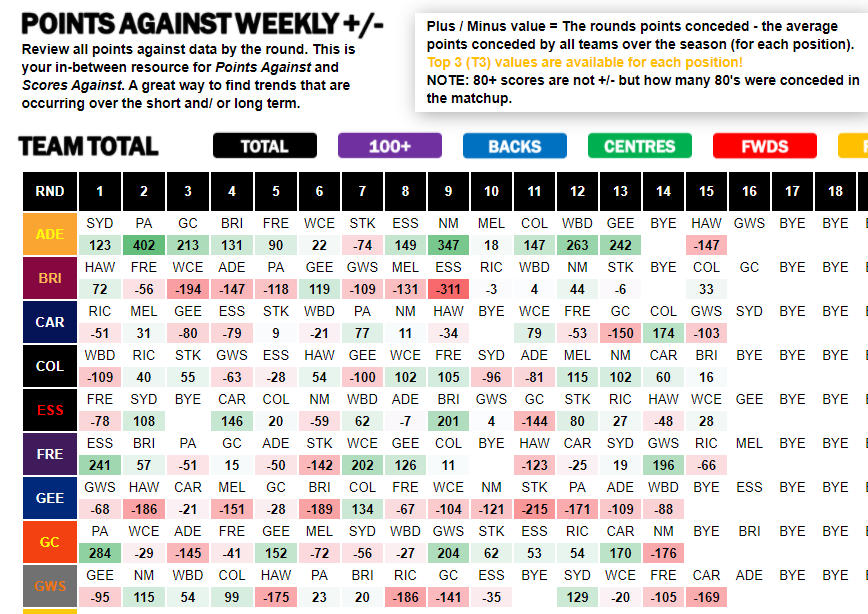 If you are looking for some value in the midfield, the Swans are now giving up the most fantasy scoring to the bottom 3 in the midfield. In the last 5 matches the Swans have given up the most scores at an average of 58 per player. A case however is to go back and target the Crows with cheaper Giants midfielders.

David Teague has thrown the Ruck keys to De Koning after fellow Blue Marc Pittonet being managed against the Swans. In his Round 12 match against the Dockers when TDK solo rucked, he managed a fantasy score of 48. If TDK can get to 50+ fantasy points in a reasonable matchup against Callum Sinclair/Hayden McLean, then he is one of the value plays of the slate.

You would assume the Giants do a number on the Crows and Hill is in a great spot to build on his two recent performances. 67 fantasy points last week against the Blues and Hill is being more active across the ground.

Oh man this is a GPP play only as Cameron has a terrible floor but has slate winning upside. But if there was ever a side to get back into form then that is the Crows. Aaron Naughton, Tom Hawkins, Jack Gunston and Brodie Mihocek have scored 70+ in this key forward position since Round 11 and Cameron represents great value at his salary. Be prepared for failure but his ceiling is excellent.

Who doesn’t love a failed trade narrative! Tom Papley “should” have been playing for the Blues and I am sure he will be up for this matchup. Papley started attending CBA’s in Round 15 (7 out of 20 available) which gives him a potential boost in the middle. However, goals are Papley’s forte and will be looking to finish the season strongly.

Criminally under owned on a single slate last week, Greene did indeed spend time in the midfield attending 10 out of 15 CBA’s and accumulated 17 Kicks in his 85 Fantasy Points last round. With Josh Kelly out once again and the best matchup in the league means Greene is a slam dunk play on Tuesday. If you want to play safe, then Greene is first picked.

Taranto was underwhelming against the Blues with a fantasy score of 68 which has kept his salary at $14K for this dream matchup against the Crows. Taranto attended a team high 13 out of 15 CBA’s and I can’t see that changing this week. Apologies if Giants players are the theme here, it just a juicy matchup. 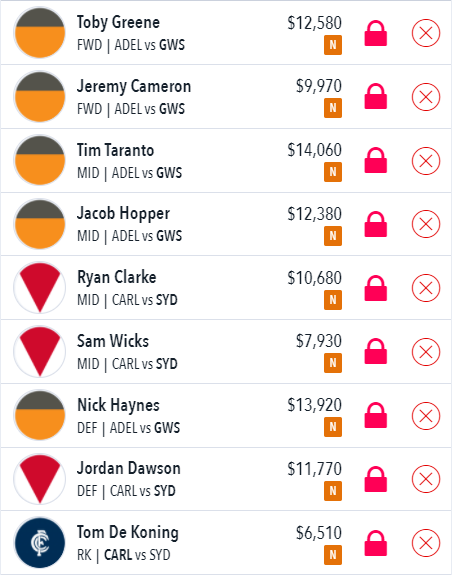 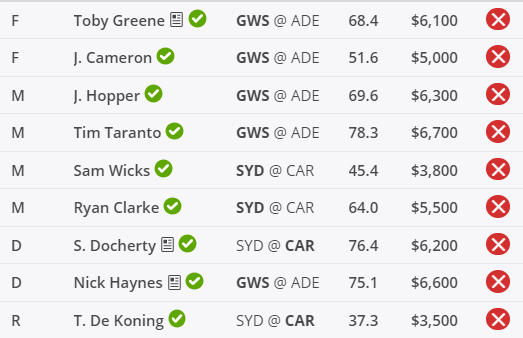