A blockbuster Friday night game is here between the top two flag favourites Geelong and Richmond. There are huge finals implications for this one, but there are even bigger daily fantasy competitions for us to attack: 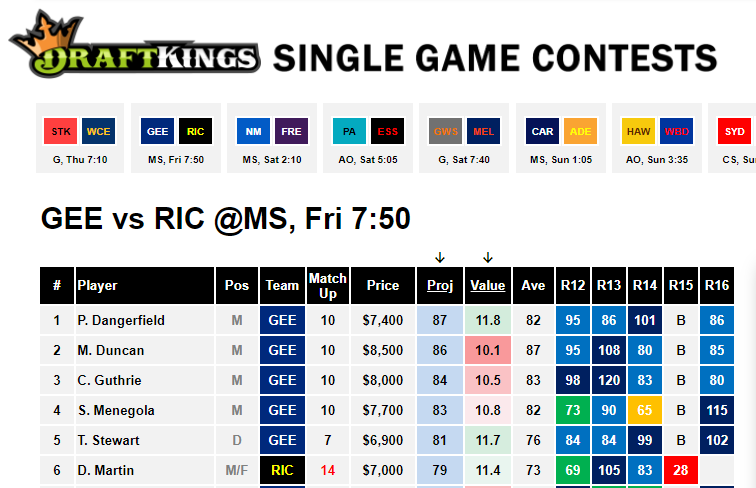 Another Queensland night, another forecast of rain. Up to 20mm on this slate, which would certainly create difficult conditions for football, however it is expected to hit in the morning and afternoon so monitor the conditions throughout the day and adjust accordingly.

Richmond have tightened up on allowing fantasy points to defenders as the season has gone one. That said, they still allow the scores on the big end from premium players. They have conceded the second most points when you isolate the opponents top three scorers, giving up 73 points per game.

It is a similar story for the midfield where Richmond have strangled the mid range to lower scoring players, but allow big scores to the top players. For the top three midfielders they have given up 90 points per game (this increases to 95 over the past 5), which is the third highest mark in the league.

Both sides give up points through the ruck with Geelong conceding 73 points per game to the oppositions number one ruck and Tigers just behind at 72 per game. Selection in this game will come down to pricing and opportunity.

As noted above this is an elite matchup for Ratugolea who comes in and should assume the primary ruck role in this game. In the two games where he was the lead ruck supported by Mark Blicavs this season, he attended 73% of the centre bounces and returned 41 and 66 fantasy point games. The latter is a solid return at this price point and given the Tigers are splitting ruck duties between Soldo and Nankervis at a higher price this play is logical. As always, the slate dictates who we play.

Blicavs will also spend a portion of time in the ruck. Over the last two games he has averaged over 20 hit outs and during the two games he shared duties with Ratugolea he posted 69 and 83 fantasy points. This is a much softer matchup and brings the added benefit of the Tigers allowing points to defenders, which is one of the positions that Blicavs will play while not rucking. If the weather conditions hit rostering dual rucks makes even more sense as we can expect the number of stoppages to increase.

Graham has been a big beneficiary of the injuries down at Tigerland this year. Since returning the lineup four games ago he has posted 75, 61, 58 and 71. He is a tackling machine, which has lifted his upside and if the weather hits in this game it will be right up his alley. There isn’t enough value on this slate to fit in all the Geelong premium plays so finding solid returns from mid ranged players is going to be key on this slate.

Dangerfield is the premium I will be looking to target from Geelong. He is one of the top wet weather players in the league by any metric and this is a great matchup for the highest scoring midfielders with Tigers conceding the third highest mark in the league to the top three scorers at the position (as noted above). The last two games Dangerfield has been logging a substantive increase in midfield time and we can expect that to continue given the importance of this matchup. 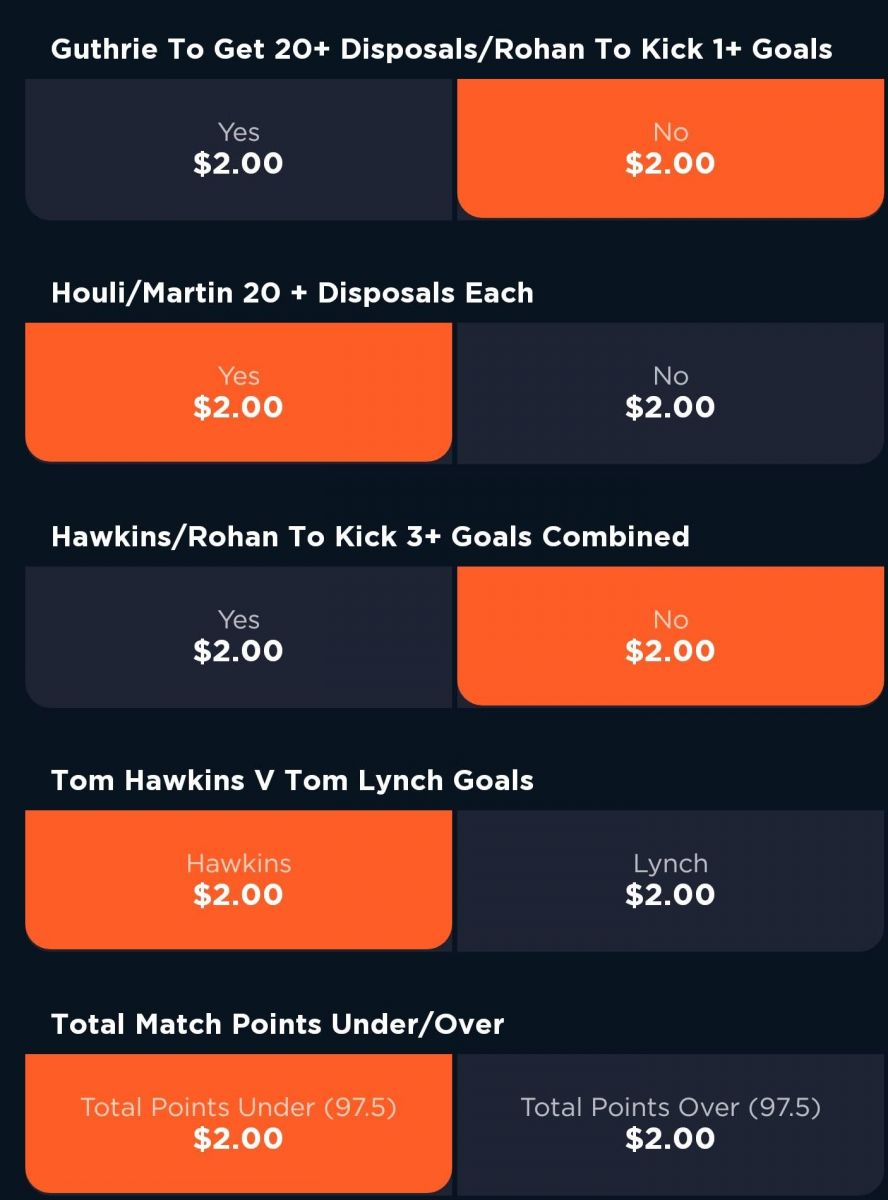 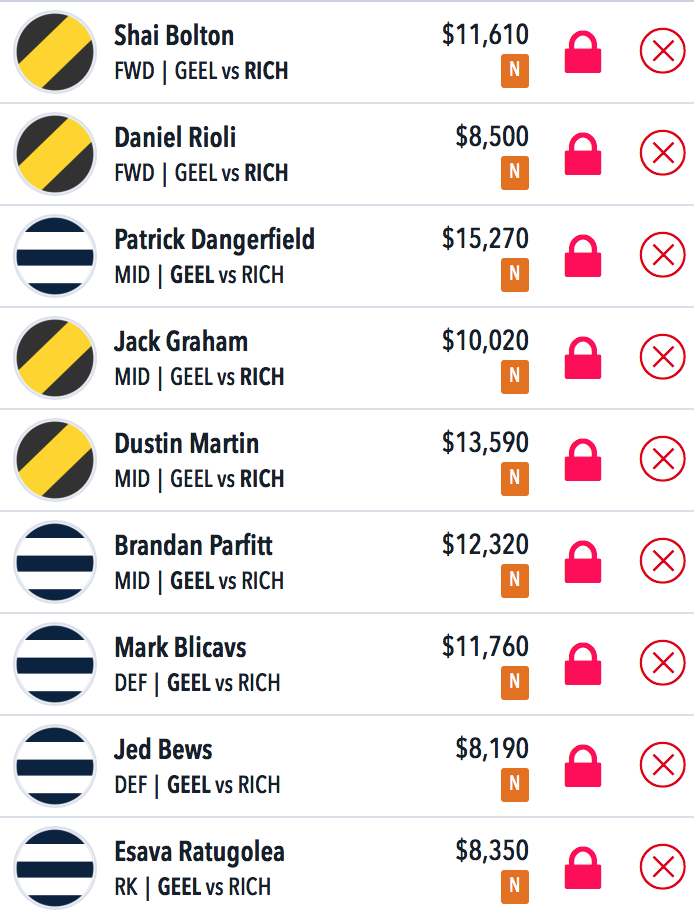 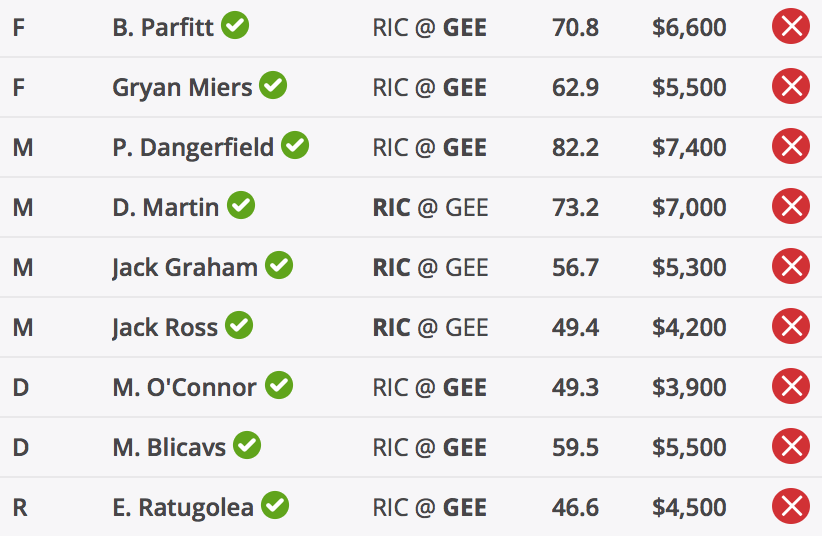