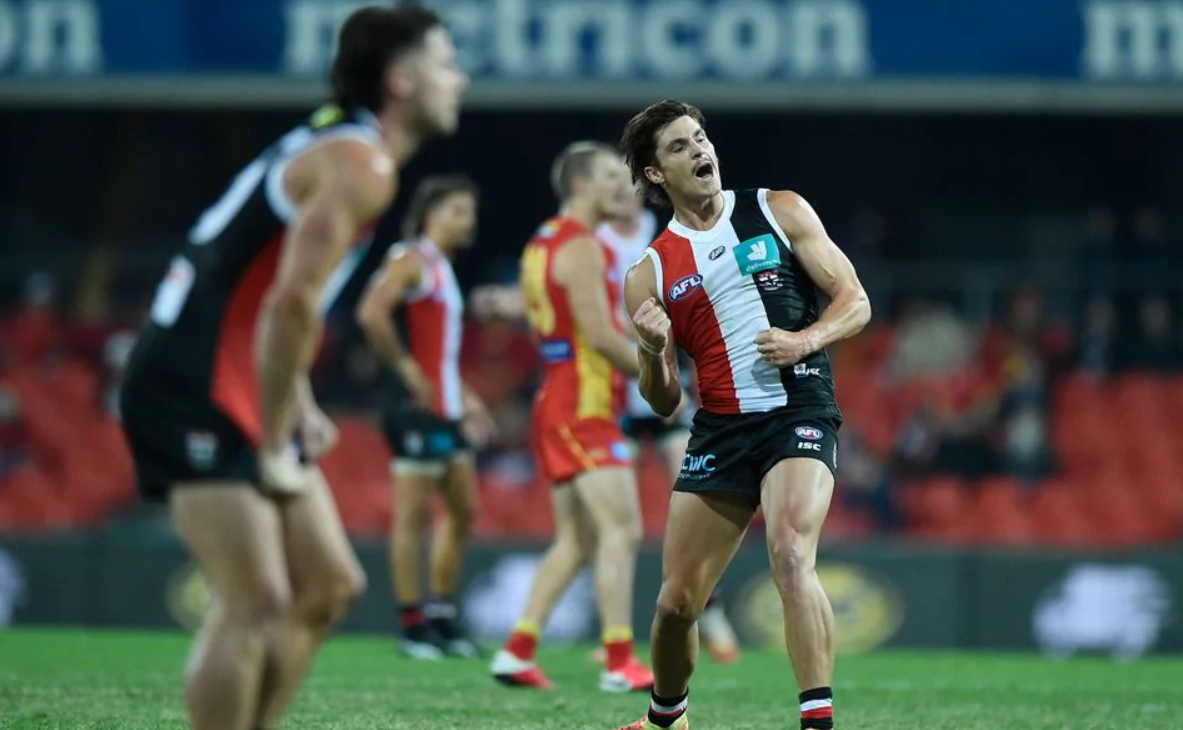 As is customary this season, one round ends and another begins. Round 17 kicks off Thursday night with a crucial matchup for finals positioning between St Kilda and West Coast at the GABBA. As always, the major platforms have us covered with a huge offering of massive daily fantasy contests: 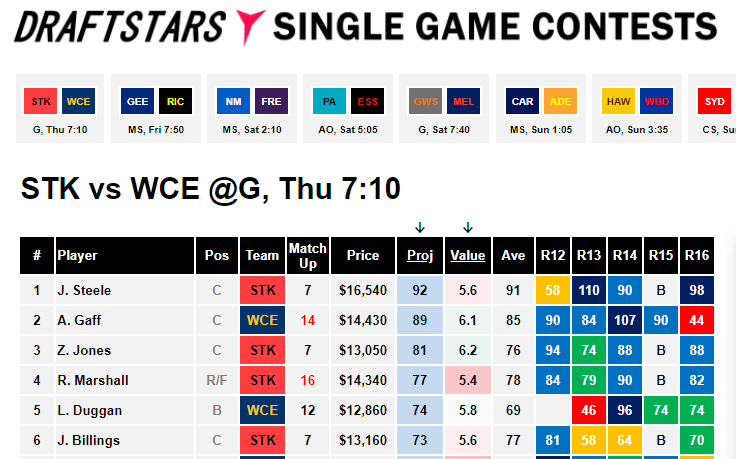 Another night game in Queensland means another night of expected rain. With up to 10mm forecast through the afternoon and evening there is a decent chance that this game will be impacted. Put your raincoat on and go shopping for rucks, contested bulls and tackle machines in this one.

St Kilda have been one of the stingiest teams this season giving up 20 points per game under league average, while West Coast sit right around league average at +1 point per game. There are few areas that stand out to attack on this slate beyond St Kilda rucks, which we highlight below.

That said the Eagles team has been devastated by injuries with the majority of their first sting midfield missing this game. That means two things, they will need to plug the gaps through the midfield with other positions and youngsters who have come into the side opening up value (see below). It also means that St Kilda should likely dominate the midfield battle. So, while West Coast are right around league average for points conceded through the middle this year it looks to be a juicy area to attack them in this matchup.

St Kilda have given up the second most points in the league this season to the oppositions number 1 ruck at +4.9 points per game. At first glance this screams load up on Nic Naitanui, however it is worth noting that the number has dropped significantly over the past 5 games with the Saints playing the combination of Ryder and Marshall together. There is a little fools gold now baked into the season long number so be cautious when using it for this slate. 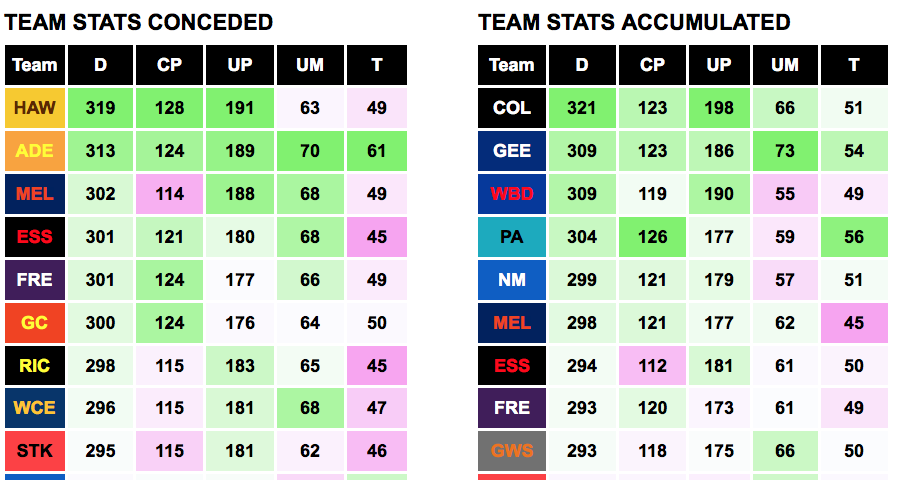 Uncontested possessions have been the Achilles heel for both sides conceded 181 per game each, which is good enough for the 5th highest mark in the league. As noted above in this matchup given the Eagles are so depleted, I expect it should be a fill up on the outside for St Kilda.

This is the young brigade brought in to sure up the troops for the Eagles. There is value here given that they will each have their turn running through the midfield. Each of the three has a reasonable sample size of games at the WAFL level:

By the numbers Ainsworth and Brayshaw stand out as the better ball winners and more likely to play midfield time. That said, O’Neill has edged out Ainsworth on fantasy average at AFL level this year and has looked like a far better player. Brayshaw is the cheapest and should be guaranteed inside midfield time and would be my number 1 preference, particularly given his tackling ability.

Geary has made the move back into defense in recent weeks after starting the year as a forward tagger. It has provided him with a massive boost to fantasy scoring posting four straight games of 60+. His price is yet to move significantly despite this run of form and as a result is close to a lock value play on this slate.

Hill feasts on uncontested possessions and over recent weeks is looking like he remembers how to find them (that is by lurking right all the to the back pocket to pick up that gimme plus six). He has posted 79+ in each of his last two games and has a positive matchup on this slate given West Coast gives up such a large number of uncontested possessions and marks (see above). His price has yet to increase despite two solid games so you can expect him to be popular on this slate. If the rain hits it won’t suit his game style so monitor the weather leading up to game time.

Adam Simpson has flagged that Duggan (originally drafted as a midfielder) will be used to run through there in this matchup given their lack of available players. Duggan has had a breakout season this year fantasy wise averaging just under 70 points per game and over 80 from his last three. Given time on the ball should give him a further boost and he plays a hard-aggressive style that will suit the wet conditions if they arrive.

What a dream matchup this is. West Coast have been beaten at the contested ground balls all season and this is the area Steele thrives on. If the rain comes it will suit him even more as an inside beast who tackles relentlessly (over 5 per game this season). He has averaged over 90 points per game this season and is tracking at just under 100 per game from his last three. Even better than the conditions are the matchup as the Eagles simply do not have the big bodies to throw at Steele at the stoppages. 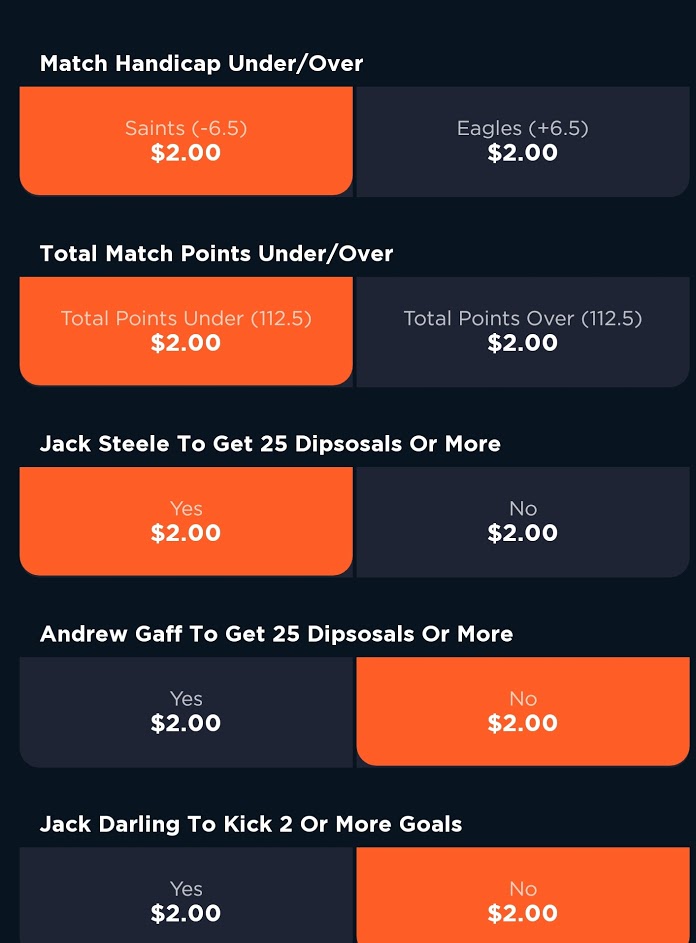 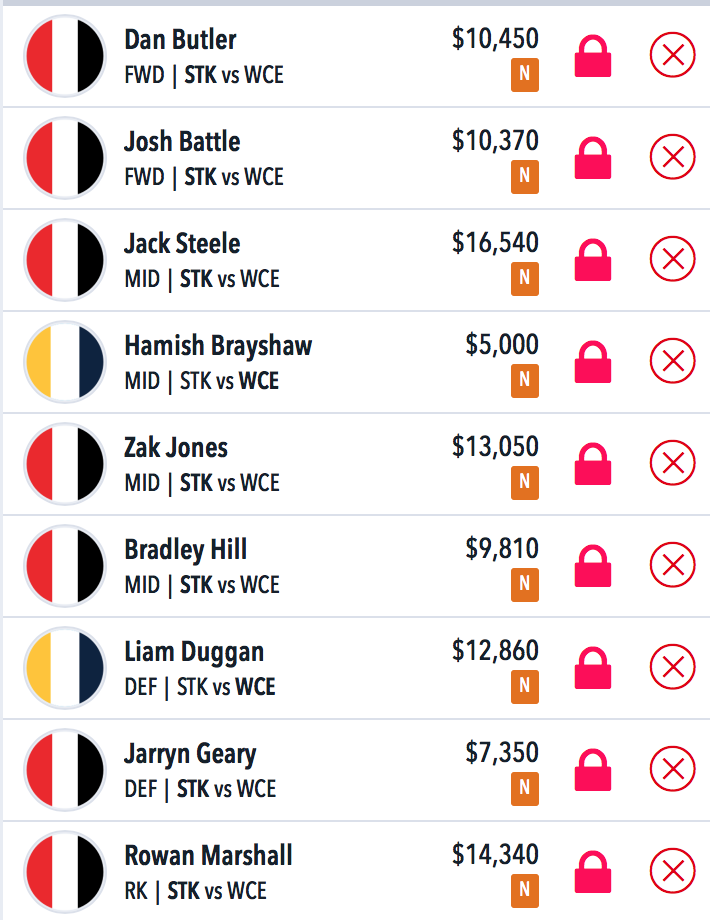 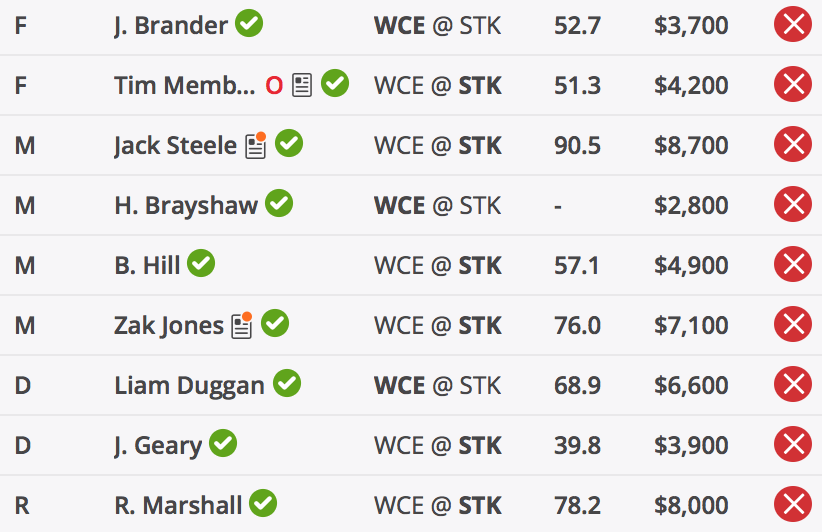