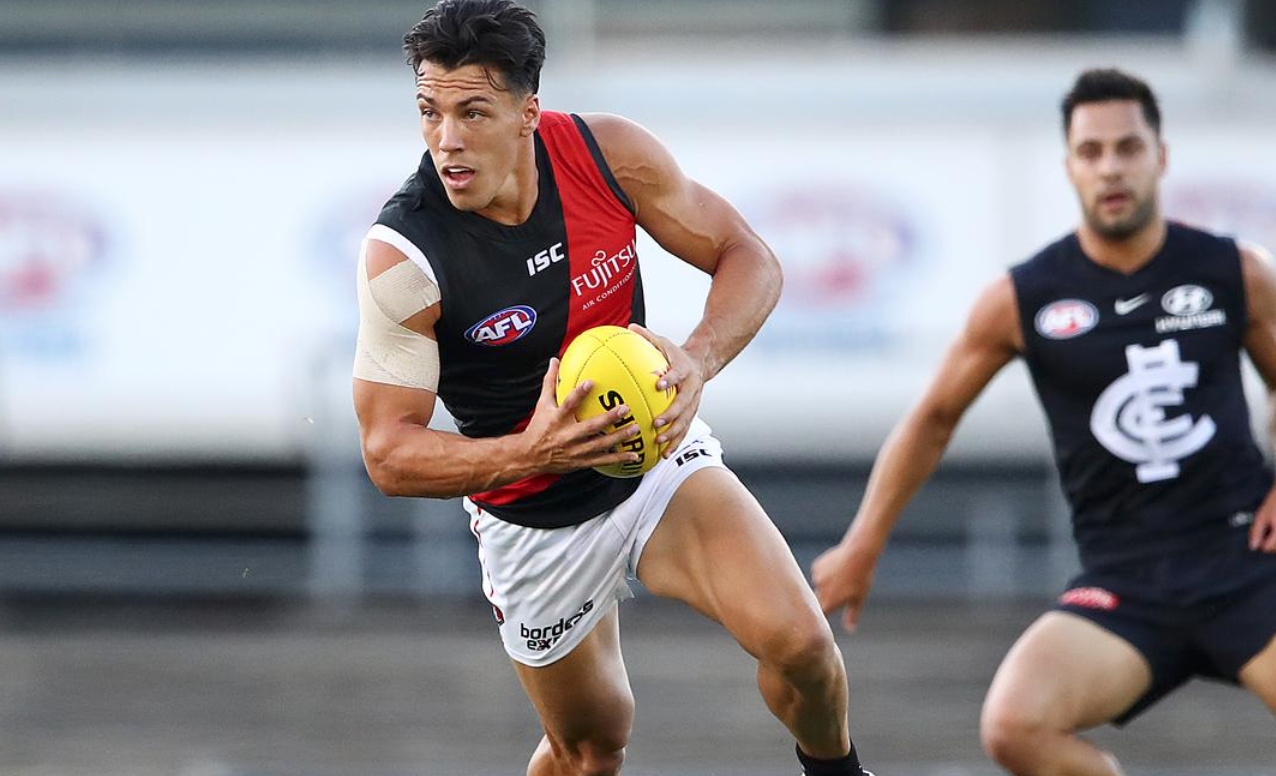 Final super Saturday of the regular season so let’s dig our teeth right in! Three games on the slate and a huge number of massive daily fantasy tournaments on offer:

We can’t seem to escape the wet this season as this time it is Adelaide that will bring the rain. Forecast of up to 15mm rain throughout the morning and afternoon, which means it should be winding up through the game. Put your wet weather gear on when rostering from this game and aim for inside midfielders, rucks and tackling machines.

Queensland looks relatively clear, however as always, we can expect slippery conditions at the Gabba at night time.

The Crows have been sitting at the top of the points conceded tables all season and despite the fact they have turned the tables on teams these last three rounds they are still giving up points to backs (55 per game over the last 5, 72 per game for the top 3 over that period). Melbourne is the other option to attack at this position, and even though they have been a more stingy recently, the Bombers love to rack up possessions down back.

Adelaide and Melbourne are again neck and neck here for tops in the league for points conceded to midfielders. I will give my preference to stacking up on the Bombers given they have a greater appetite for fantasy scoring than the Tigers and they should also be facing cleaner conditions for uncontested marks.

Max Gawn missed his opportunity against the Bombers earlier in the year so let’s see if he makes up for it this time round. Behind Tim English, the Dons are the next best option to target in the ruck with their youngster Draper and other bits and bobs players getting destroyed this season to the tune of 73 points per game. We will need to find the value to fit him in, but Max Gawn looks to the goods on this slate.

Sure, this will feel like chasing points have Scholl’s posted a personal best score out of nowhere last week of 89 points. But if you watched closely, he was playing a lot more time on the wing rather than his usual spot on half back. It is hard to imagine Adelaide don’t continue with this after last week given it is the last game of the season. The only real risk is the weather as Scholl would like uncontested possession to get that score up.

Crouch price still feels too cheap after his last three games of 74, 93 and 80. I don’t mind targeting the Tigers with high scoring midfielders as they give up 95 points per game to the top three scorers at the position. The wet weather should suit Crouch as well given he plays an inside game and loves a tackle. The only real question mark is how much centre time he will receive given he has been splitting portions of it with Sloane in recent weeks:

If you are finding Gawn too expensive I love Nankervis for his upside on this slate. He is underpriced as the number one ruck after Soldo went down with an injury last week. We saw in that game what he can do in that role posting 79 points and this week he will get a full game in the position. Adelaide is a favourable matchup for rucks this year as well conceding 73 points per game to the number 1 ruck, and to make this play even better the wet weather should provide a further boost as the number of stoppages will increase.

Smith hasn't really been seeing inside play, but rather pushing up the ground on the wings in recent weeks as the Bombers have lost a number of midfielders to injury. This translated into a 100 point game last week against Port Adelaide and the matchup against Richmond is far better than that one. Smith makes for the perfect pivot from Darcy Parish who continues to be popular each week with his midfield role.

This is an elite spot for Essendon midfielders and Shiel has been in great fantasy scoring form posting 93+ in 5 of his last 7 games, including a 110 and a 105. He brings GPP winning upside and is at a much more user-friendly price point than Zach Merrett. As noted above Melbourne have given up the second most points in the league this season to midfielders.

This was covered in the section above with Gawn having the second-best matchup in the league for a ruckman. His ceiling of 130 is in play on this slate, just try and find the value to afford him. 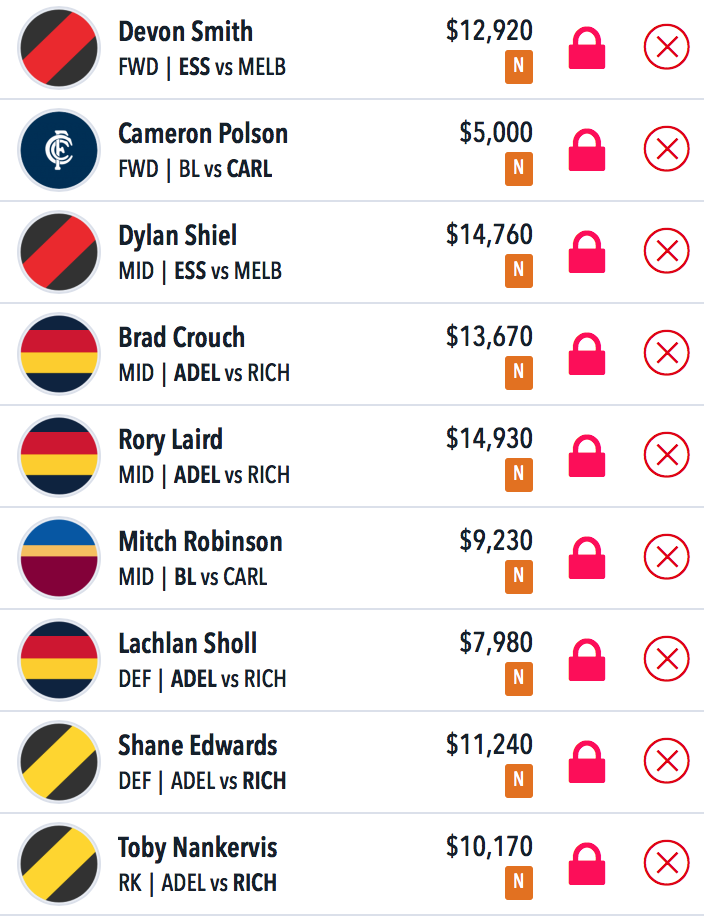 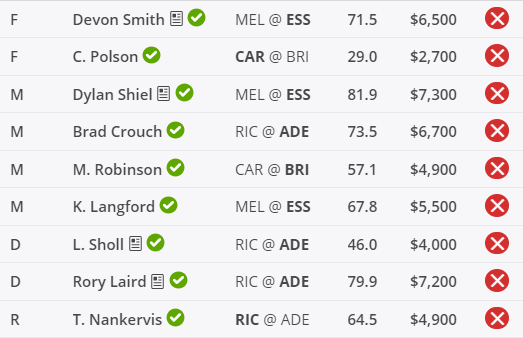