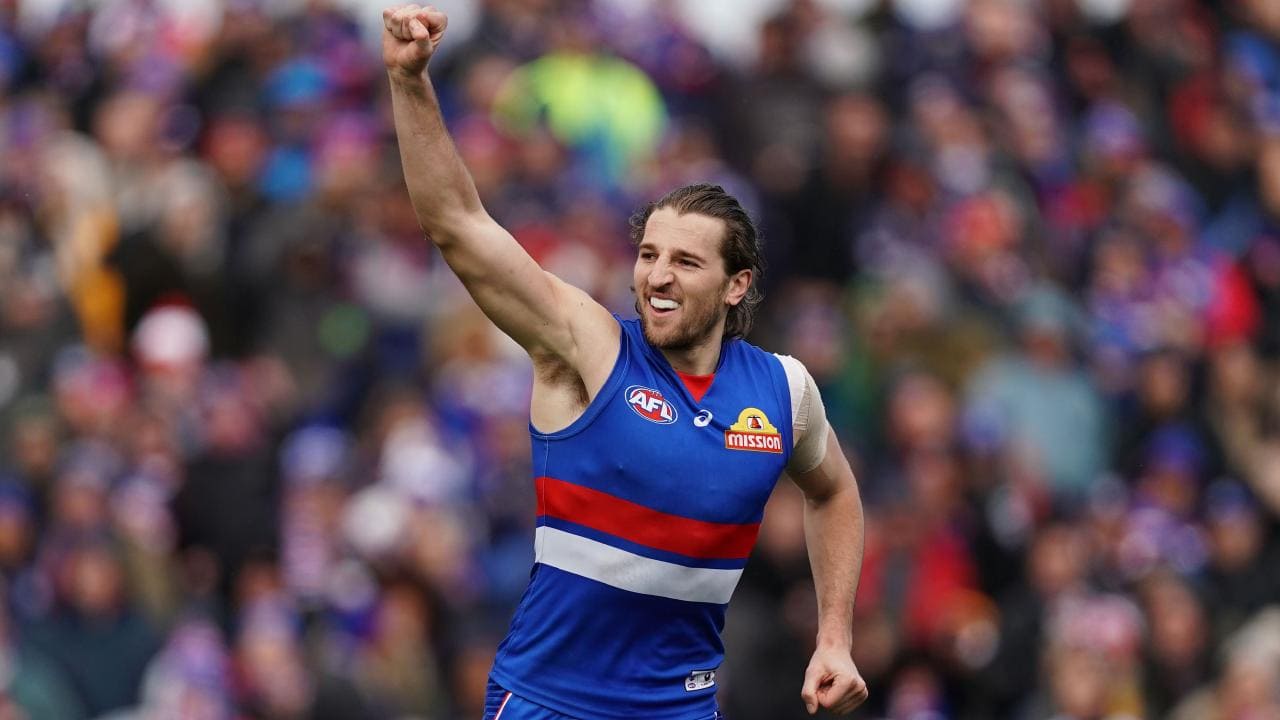 Oh yes let’s get amongst it! Another Saturday means another monster 4 game slate of AFL madness. As you all know this is my favourite DFS day and we have the usual wide array of massive daily fantasy contests on offer: 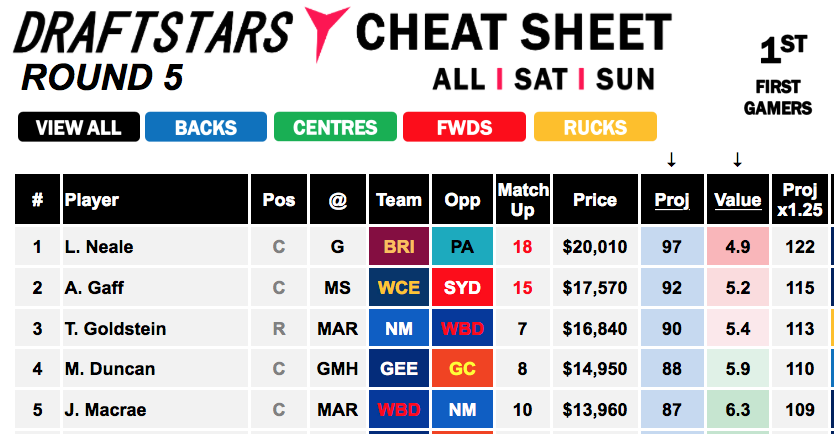 Western Bulldogs have very sneakily conceded the second most points so far in this unusual season. Although just under 100 points behind the Crows who have conceded by far the most it is still worth knowing, particularly on this slate as they play North Melbourne whose players will likely be low owned on this slate. Last Sunday a few of their cheaper backs were the key to the slate and that could be on the cards again this week as they have given up the third most points to the top 3 scoring defenders.

The key to this slate is looking to the lower end of this graph. Port Adelaide and Geelong have conceded the fewest points per game to the opposition's top scoring midfielders this year. We saw last week what the Cats style of play does to their opponents. Apart from boring them to death they suffocated possession of the football so much that Melbourne literally had no chance to score. On this slate I would be avoiding Gold Coast and Brisbane midfielders.

The one location you can attack Geelong is via the ruck. They have given up the third most points to opposition number 1 rucks and this brings Witts right into play this weekend. Goldstein is also on the cards as rucks continue on from the trend of last season abusing young Tim English.

On a day where we are a bit starved for value I will be looking to McLean in the ruck a bit. He has the sole duty to himself on this slate after Naismith did his knee and Sinclair copped the axe this week. We have seen this before to finish last year and McLean was able to post two 80+ point games from four matches, so he has the upside. The matchup isn’t ideal against Nic Naitanui, however just by matter of role he will have the opportunity to pay off his price.

Again there isn't a value option that jumps out today so I will be looking to McInerney who is just above the minimum range. He gets opportunity through the middle for the Swans who are pretty much going by midfield by committee this season once you get past Kennedy and Parker. Through three games he has averaged a shade under 50 and that might be enough on this slate for his price.

If you're not keen to spend up on the two rucks I listed above Nic Nat is the perfect mid range play. He draws an elite matchup against the young Hayden McLean and will see a solid run given they dropped Hickey for Oscar this week. Against the Lions two weeks ago without Hickey in the lineup he went ballistic racking up 94 fantasy points from 34 hit outs. I expect a similar performance in this matchup.

Is quite simply too cheap. If he isn't getting tagged and it looks like he will be let loose in the midfield finally (without Dunkley in the lineup) the Bont is pretty much a lock and load for me on this slate. Last week against Sydney when the Swans decided to give him free range he responded with a 92 point fantasy performance and broke the single game slate at low ownership.

Lloydy has a huge upside as we saw three weeks ago when he posted a ridiculous 111 points in short quarters. On this slate he has a matchup against West Coast, a team that he has excelled against in the past posting four straight scores of 100 points above, including a massive 149 point performance last year. The Eagles have been getting torn apart this year from a fantasy perspective, conceding the 5th most points in the league.

A daily double here. The Shuey fade isn't really going out on a limb as he looks to be carrying an injury these last few weeks and shadow of his usual self. Historically Hewitt has gone to him as well and absolutely squashed him, holding him to just 53 points in 2018. Now.. the sneaky part here is that Hewitt has been lining up on the wing this season, which opens up the door to tag Gaff. As such I will be fading both players on this slate. 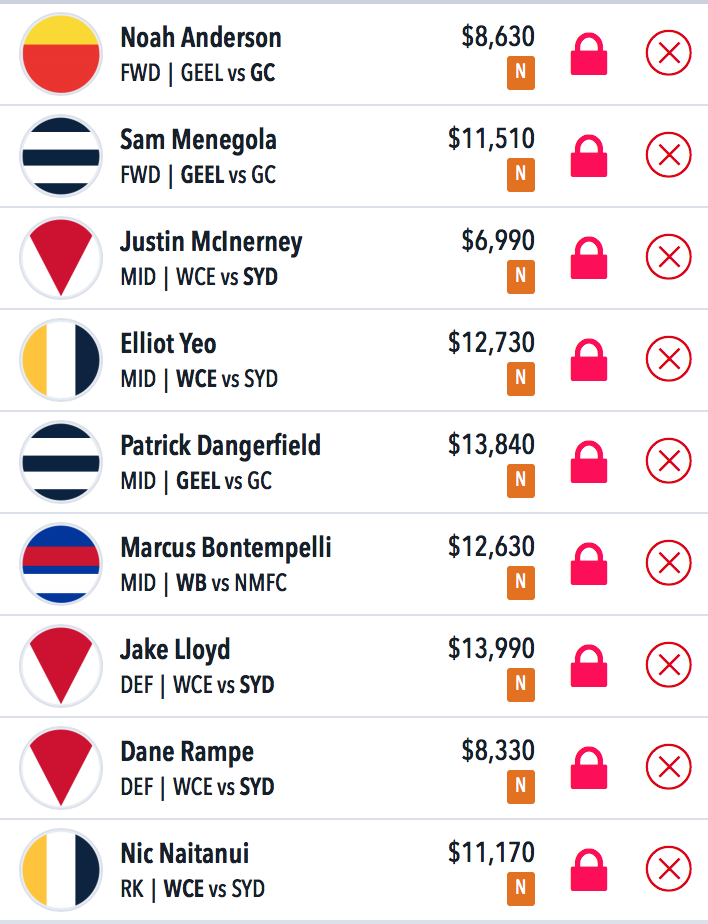 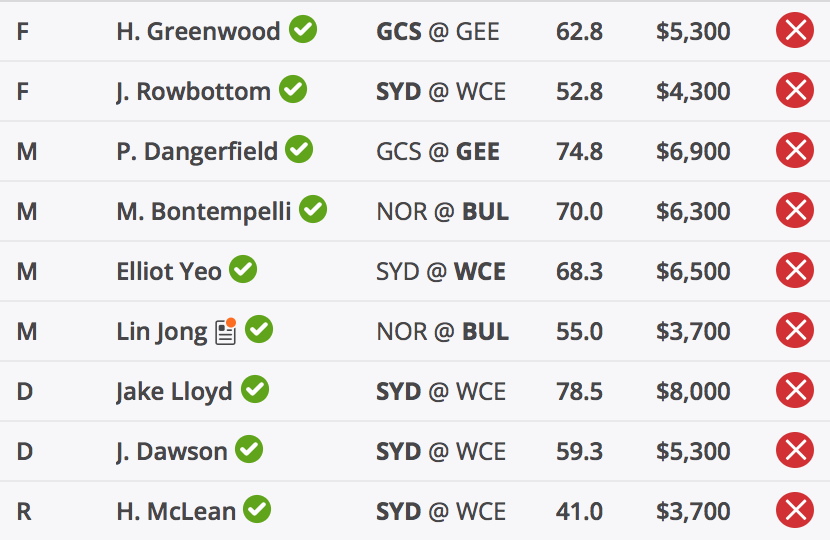