Friday nights action will see these two Victorian powerhouses face off in the NSW hub at Giants Stadium. Friday night is the biggest day of the week for AFL Daily Fantasy and as usual result there are massive contests on offer: 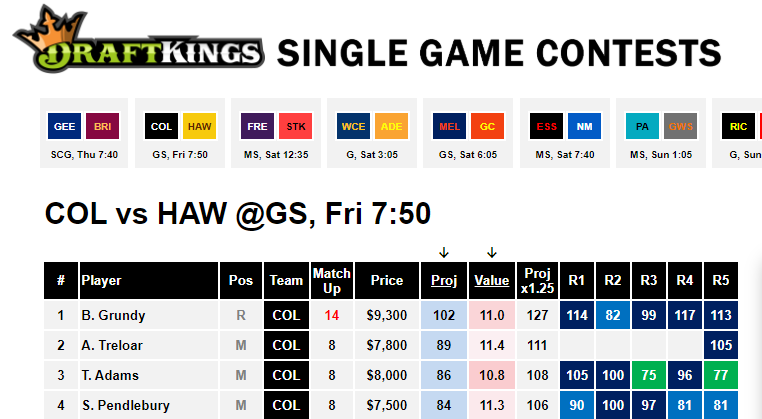 Both teams structurally are happy to set up and allow the opposition to possess the across the back line. We saw a version of this last week early in the Hawks vs GIants game and it was a flurry of fantasy points on both ends. By the end I think Collingwood will get on top of this matchup like the Giants did and the Magpies are happy to build up their attack that way. I will be piling in the Magpies defenders on this slate, particularly their key backs.

The Hawks have given up 89 points per game to their opposition's top 3 scoring midfielders this season, which is the 6th highest mark in the league. This opens up the opportunity to stack the Magpies mids and link up with their defenders on this slate.

Ruck is going to be a tough decision on this slate Both Jonathon Ceglar and Brodie Grundy have been tough to score against this season. In the end it will come down to your build and the value on offer as to whether you can fit Grundy in on this slate. I will lean to Ceglar and spend up at other positions.

Every week we single this play out and every week it plays off. Key defenders against the Hawks. It has been a trend going back 2 years and the beauty of this play is you can pick these players up cheap and at low ownership. It is a GPP dream. So far this year we have seen:

All tipped in these previews and all returning value. On this slate I will be diving into Roughead and Moore and various combinations of them with other Pies defenders. I love Roughead’s price and the fact that he has averaged 51 points per game over the past three matches. Matthew Scharenberg is also a great option to link with these two after returning to the senior level last week and posting a 50 point game right off the bat.

This youngster gives an alternative value option from the other side of the game. Debuting for the Hawks, Day was drafted as a rebounding half back flankers. He was able to find the football in the SANFL reserves where he average 17 disposals in 2019. It is an ideal matchup to kick off his career as we noted above with the Magpies giving up a load of points to defenders. Day makes a nice value option to pair with another Hawk defender if that is the stack you are going with.

This price is just silly. Mitchell might not be the pig of past years (yet…) but he has still put out a consistent score line of 70+, with just one game below 70 (last week). Even last week he poured in over 50 in the first half showing he still can find the football before the Giants go on top and totally dominated the ball in the second half. Even at a floor of 70 he is essentially returning value at this price and that is with the real prospect of hitting a ceiling in the 100-point range.

I loved Daicos in this matchup and now with him out give me all the Tom Phillips. He has made a move more forward this year, but with no Sidebottom and no Daicos I expect him to push more onto the wing. The Hawks give up the fourth most uncontested possessions in the league and this is Phillips bread and butter. We have seen the upside he offers in this role posting ceiling scores of 150 points in full quarter games. Lock and load.

Treloar returned from his hamstring injury with a bang last week posting a massive 105 points against the Bombers. He was right back to his pig self and I absolutely love linking him with other Magpies in game stacks as he plays both inside and outside. As noted above the Hawks give up a lot of uncontested possessions and they are also conceding the 6th most points to opponents top scoring midfielders.

FADE OF THE NIGHT - Brodie Grundy

Sure, he can burn you easily, but he is far too expensive on a slate where the matchup isn't necessarily favourable. The significant price difference between Ceglar and Grundy makes this is even more of an uphill battle for Grundy to get the fantasy advantage. 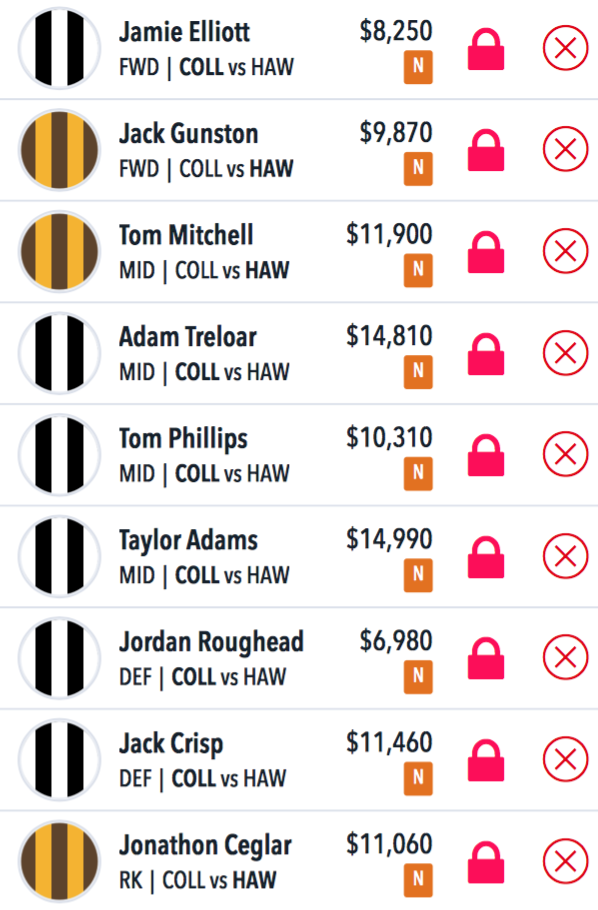 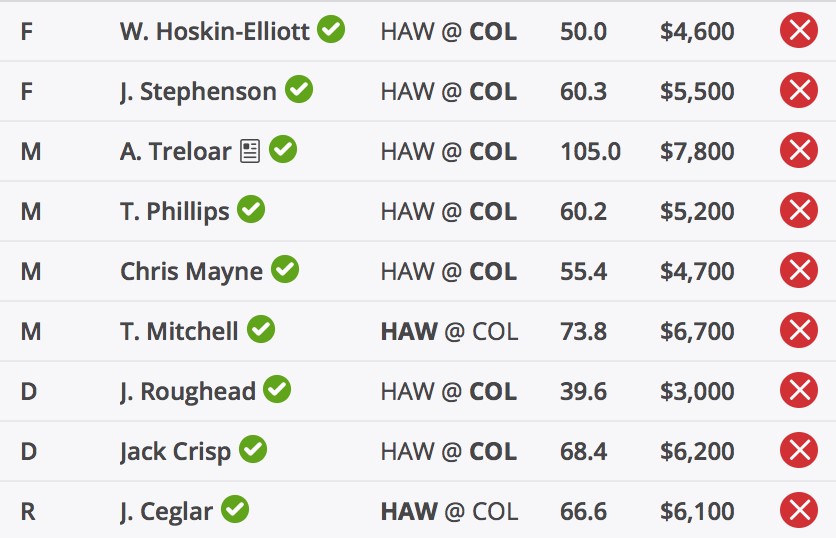 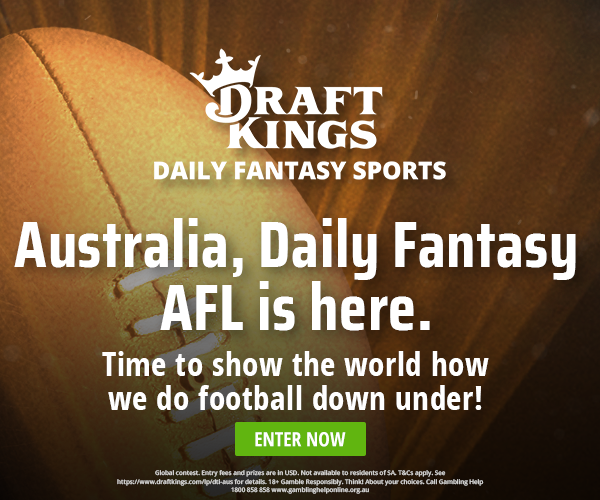