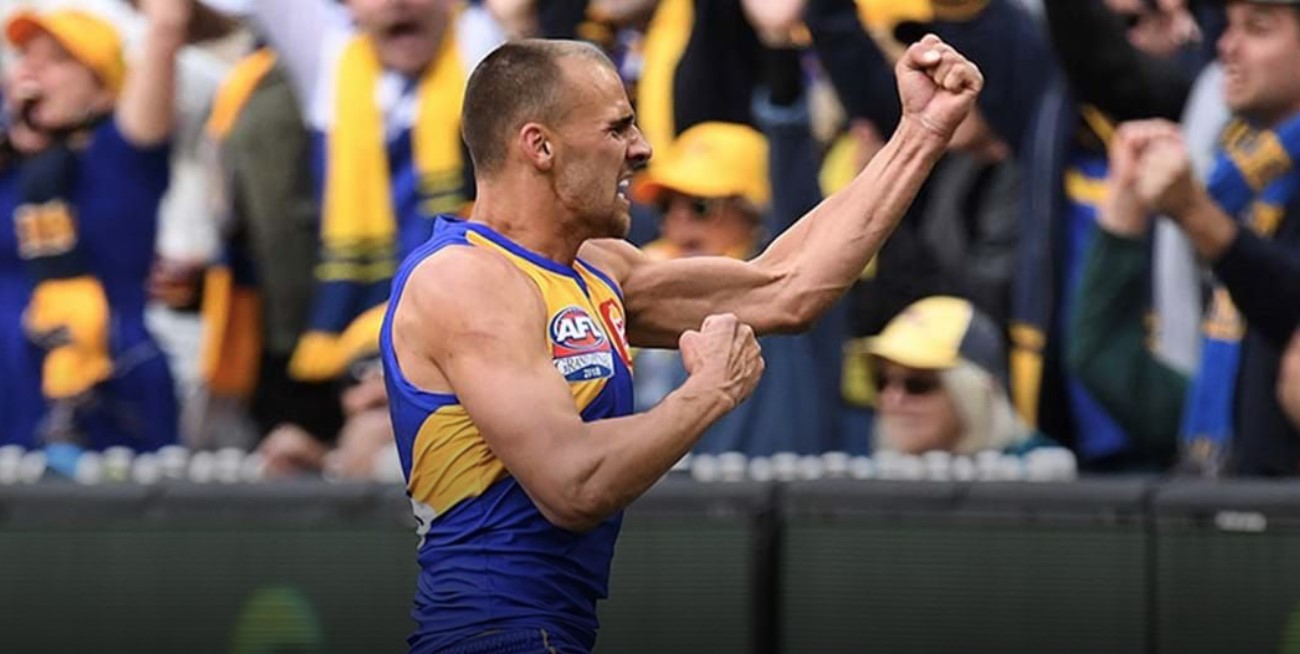 It is time for SUUUUUPPPPEEERRRR Saturday once again! The best day on the weekly calendar during the AFL season and we can sit back and pick through 4 massive matches for daily fantasy. The usual array of mega contests are on offer:

Backs against the Dees is the layup play on this slate that doesn't involve stacking against Adelaide. They have been carved up by opposition defenses possessing the football against them this season giving up 78 points per game to the top three scoring players at the position. The sneaky play will be playing Kangaroos backs against the Dons, you can bet they will be nice and under owned.

Every man and his dog will be stacking the Eagles through the midfield on this slate. They are favourites by over 5 goals, which is significant given the shortened quarters and the fact it is at a neutral ground. The Crows have been getting smashed all across the ground, giving up a massive 100 points per game to the top 3 scoring opposition mids this season (which is a colossal number in the shortened quarters).

Lock and load Rowen Marshall on this slate. The Dockers have been smashed in the ruck this season no matter who is manning the helm, conceding 82 points per game (third highest in the league). This week it will mainly be Darcy and given Marshall is sole rucking without Ryder he should have his way with him all over the ground.

Hasn’t played at this level since 2018 where he managed three senior games and showed the capability to hit the fantasy scoreboard averaging over 13 touches and 4 tackles. This time round he should find more of an opportunity through the midfield with Shuey out of the lineup. He also has the added benefit of drawing the best matchup in the league against the Crows who as mentioned above have conceded the most fantasy points in the league to midfielders this year.

Has had a very slow start post COVID-19 return and at times looked like father time is catching him. That said I can’t look past this price in a matchup where we expect the Eagles to run riot. You will get a good sense for where my builds are going here. Hurn has shown 94 point upside in round 1 and I somewhere in that range is a distinct possibility in this matchup. He links up nicely with other Eagles midfielders in stacks as well.

Bowes has the best matchup in the league for defenders on this slate. As mentioned at the top the Demons have been getting picked apart across half back and Bowes has already shown flashes of upside with an 88 and 76 earlier this year. He also may pickup more midfield time with Rowell out of the lineup.

Far too cheap in the best matchup in the league for midfielders. He will form part of my numerous West Coast stacks, particularly through the midfield. He showed a lot more intent last week after a few down weeks with 5 tackles and 78 fantasy points. That would be enough at this price in the shortened quarters, but we know he has 100 point upside in this format.

This is my lock and load of the day. Acres will be playing across the wing with the possibility of inside midfield time. He has shown massive upside in the past (for St Kilda) when playing for the Saints and during the preseason significant scores in the Marsh series.

Pretty much covered this above in the ruck section. This is the clear number one ruck play in my opinion. Marshall has been in ripping form (similar to last season) since Ryder went out of the lineup posting 89 and 99 points in the last two games.

Sheed was unleashed in the middle last week after Shuey went down and he went right back to his Grand Final winning form. Posting a massive 111 points in the shortened quarter format he will get a full game in the role on this slate against the Crows who as I’ve mentioned several times already are the Rolls Royce matchup for the position. Stack and rack!

FADE OF THE DAY - Andrew Gaff

Watch out for Ben Keays going to him! 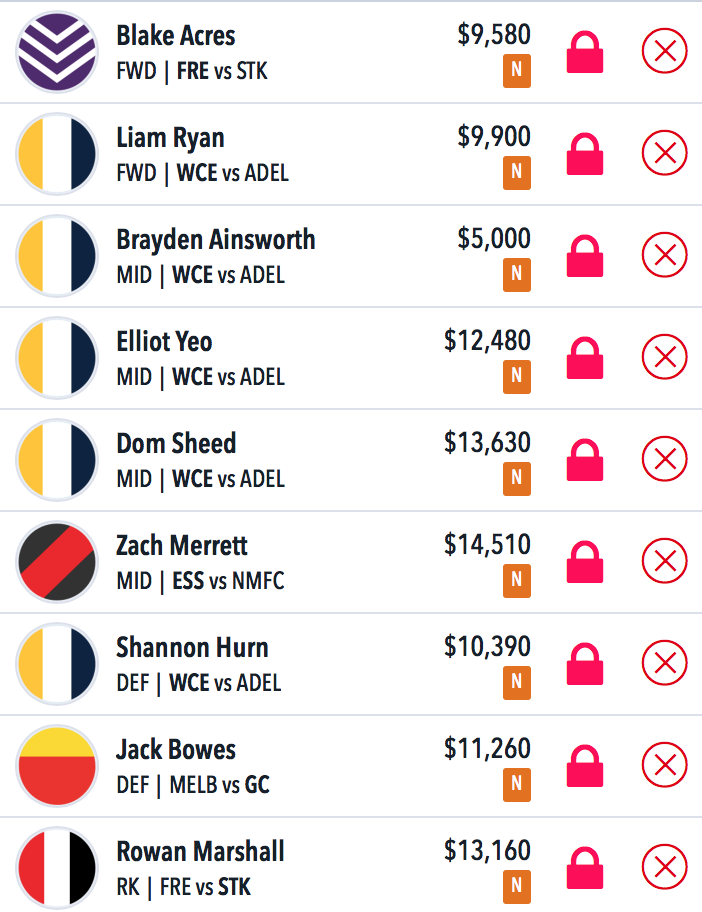 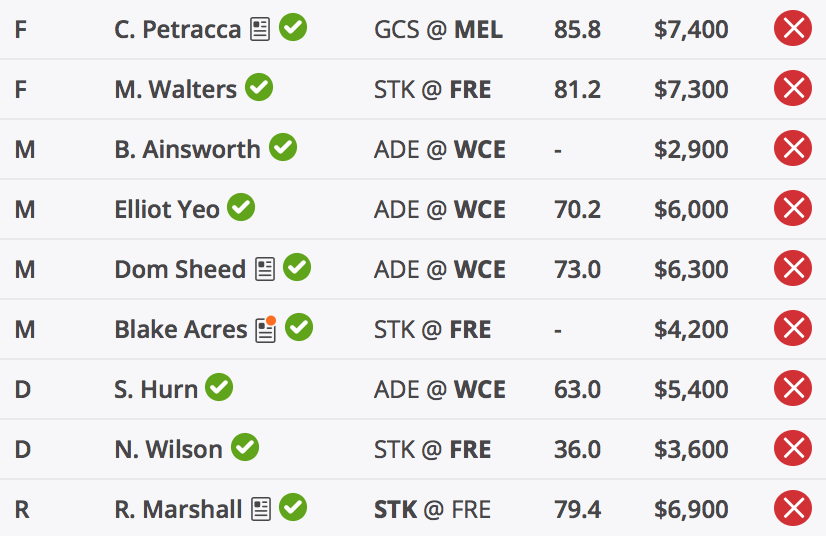