Welcome to the Western Australian hub! This Thursday we will see Round 7 of the 2020 AFL Premiership Season kick off as two Victorian powerhouses in Geelong and Collingwood square off over at Optus Oval.  The major daily fantasy platforms haven’t missed either with massive contests on offer: 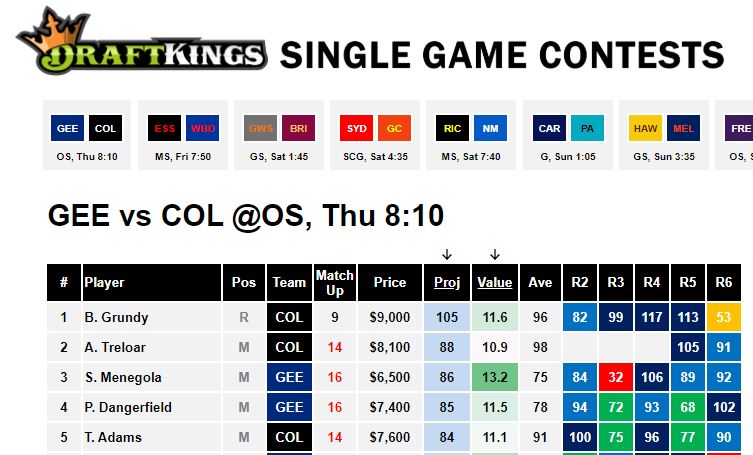 We are going to kick off the WA hub with a classic rain squall with the forecasting expecting up to 15mm of rain. As we know from Sunday playing for weather is always a fickle beast, but with an old-fashioned slop predicted it is certainly worth keeping an eye on as we draw closer to kick off.  The double ruck strategy would be in play as would loading up on the inside contested bulls and tackle machines.

Collingwood have taken the mantle as the number one team to attack via defenders this season. It is practically the only position to target them via and they are particularly vulnerable to premium backs giving up 78 points per game to their opponents top three scorers. It makes the decision to play a layup on this slate as Geelong are on the opposite end of the spectrum giving up the fewest points to defenders.

Neither team stands out as one to attack through the midfield. This raises the question as to whether spending up at the position is wise. I will be targeting mid range priced midfielders.

Brodie Grundy is conceding the second fewest points in the league to number one rucks this season at a measly 57 points per game. That said, with the weather conditions pointing to a very wet contest there should be more opportunity for both rucks to score. On the flip side Geelong and Darcy Fort have conceded at an above average rate of 73 points per game.

Is the perfect value play based on the weather forecast. As we know the more rain we get the more stoppages, and the more stoppages the more opportunities for hit outs and tackles as the Ruckman are constantly involved in the action. Fort’s floor in these conditions is higher than usual (lowest scores this year is already 43). On Draftstars you can play him as a forward and go with the dual ruck combination.

Guthrie saw a big boost in playing time through the midfield last week after both Quinton Narkle and Mitch Duncan went down featuring in 14 centre bounces (behind only Selwood and Dangerfield). From his last three games he has posted 106, 61 and 86 fantasy points and has an inside game style that would suit wet and slippery conditions averaging just under 4 tackles and 2.5 clearances per game.

Wills is the Collingwood version of Cam Guthrie. He is a common feature as an inside midfielder for the Magpies and has already shown the ability to post GPP winning scores at his price point with 80 and 69 point games this season. He averages just under 5 tackles a game and 3.5 clearances, which make him well suited for a wet contest.

If the weather comes in as forecasted I will going straight to Taylor Adams as my premium play (if the weather doesn’t eventuate I will be playing Adam Treloar instead). Adams was made for wet weather football, he is a contested beast averaging 5.8 tackles and a massive 6 clearances a game this season. Adams is averaging a massive 90 fantasy points per game this year in the shortened quarters, which is more than enough to return value at this high price point on a single game slate.

That price tag is scary! But in the event of heavy weather I will be going to the dual ruck strategy (on Draftstars). As noted above rain means more stoppages and Grundy averages 34.5 hit outs per game, 3 tackles and a massive 4.5 clearances. These are all huge indicators that he revels in the contested and play and should expect to see boosts across these areas in the wet. To make things even better Geelong are one of the top teams to target in the ruck this season (a trend that has continued on from past years).

FADE OF THE NIGHT - Sam Menegola

Menegola has been on fire this season, however this will be an away game and he has relied heavily on uncontested possessions (13.7 per game) and uncontested marks (5 per game). In the event of wet weather expect these opportunities to dry up completely. 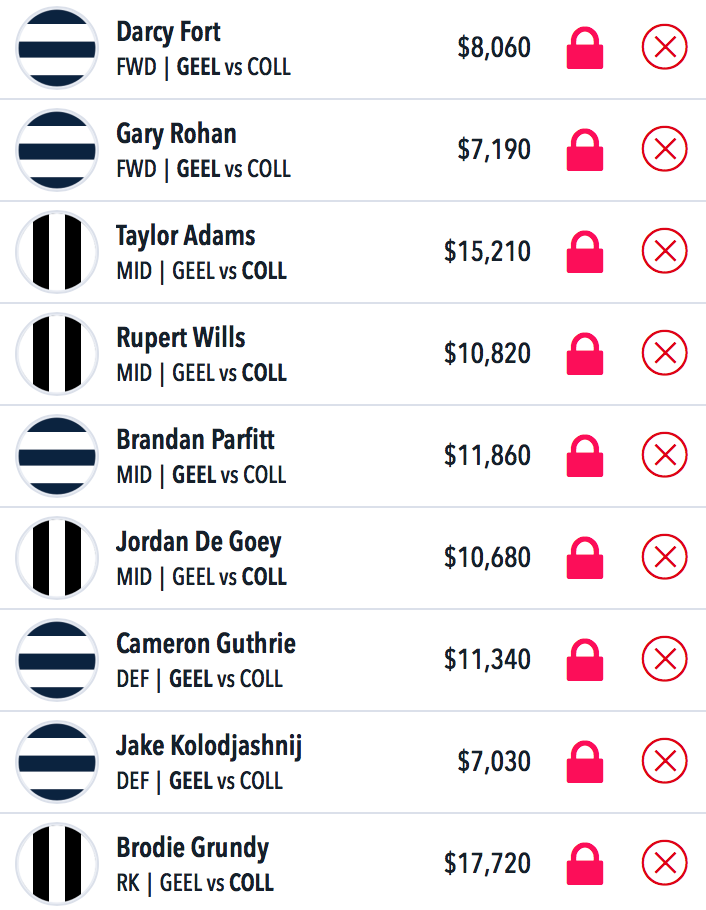 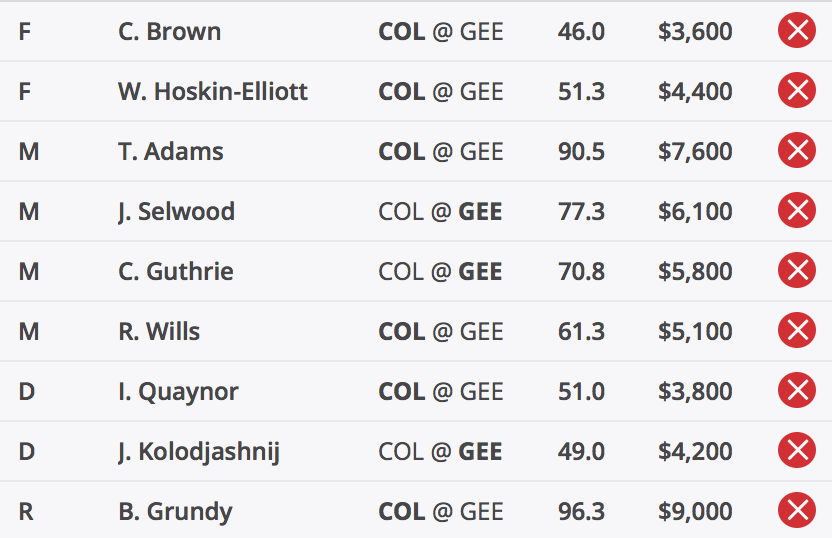