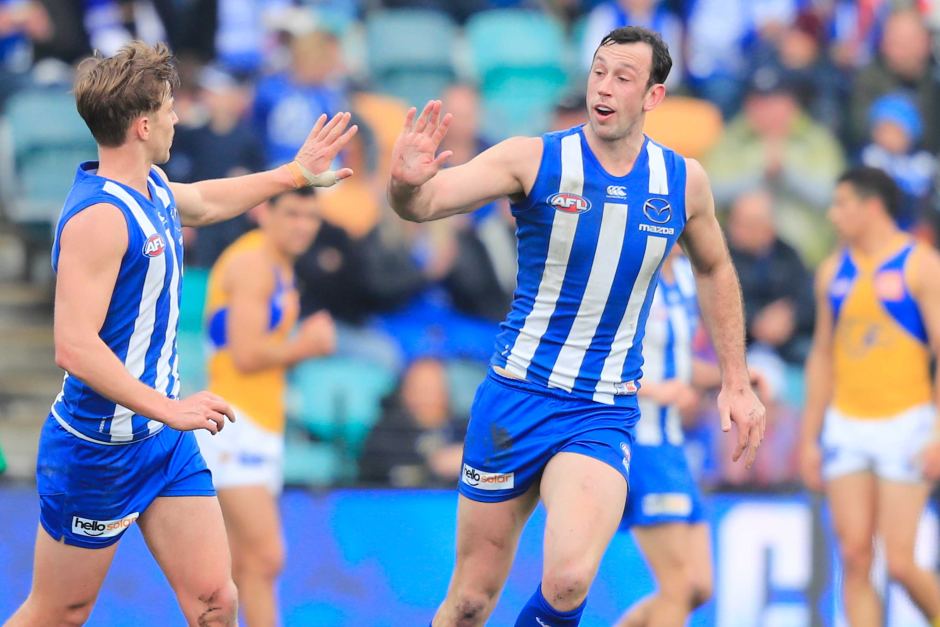 WELCOME BACK SUUUUUPER Saturday! The best day on the weekly calendar during the AFL season and we can sit back and pick through 3 massive matches for daily fantasy. The usual array of mega contests are on offer:

Time gear up on the high-risk high reward North Melbourne backline as they face off with Richmond who have consistently been around the top of the league for points conceded to defenders for the past two seasons. This year they have been very leaky to the premium backs giving up 77 points per game to their opponents top three scorers.

A tough slate from a midfield point of view with Gold Coast the team on the slate giving up the most points this season, however they only sit around league average. The Brisbane vs GWS game looks to be a good contest to avoid with both teams being bottom 4 for points conceded in 2020.

Plenty of options on this slate headlined by Todd Goldstein who has been an absolute monster this season. He draws the Tigers who year after year continue to get obliterated in the ruck, giving up 86 points per game (second most in the league). The Giants aren't far behind at 84 points per game, but the Lions present a difficult team to choose from with their two-ruck setup.

Stephens came in and made you ask the question what the Swans were doing with him all season. He looked capable at this level right away and to be honest, was one of the Swans better players. There is plenty of opportunity in the midfield now after Josh Kennedy and Isaac Heeney are set for long stints on the sidelines. Posting 65 points on debut in the shortened quarters last week shows he certainly has the upside to pay off his salary.

Without Rowell in the lineup there has been a real shake up in the centre for the Suns. Swallow saw a whopping 20 centre bounce attendances last week, while Greenwood wasn’t far behind with 19. Greenwood converted it into fantasy points with his second 100+ point game and will the chalkier play of the two this weekend. Meanwhile Swallow will go under owned in comparison after posting just 70 last week. Greenwood for cash, Swallow for GPP.

These two are in a similar vein to the two above. With the Tigers midfield absolutely gutted by injury and Dustin Martin appearing to be too hobbled to play legitimate midfield minutes it is left to a rag tag crew for the Tigers. Lambert has been absolutely unhinged the last two games after a slow start to the year. Injected into the middle he is fresh off back to back 100+ scores and will be popular again on this slate. While Graham saw 5 center bounce attendances last week and posted season high 76 points. Playing both is a real option here.

My GPP special here! As noted at the top the Tigers give up plenty of points to defenders and when North are in this slate, I love going to Tarrant who has the ability to rack up cheap possessions up back in the right matchup. He has already posted a 77 this year, so he brings a ceiling and will be low owned as per usual. I will be pairing him with his pals in Jaspar Pittard or Luke McDonald on North back stacks.

Lock and load here for me with big Goldy. The man seems like he has been 35 years old for 10 years, but he refuses to age. Averaging a tick under 100 points per game this year in the shortened quarters he has been an absolute revelation, nearly rucking for every minute of the season. On this slate he draws one of the best matchups in the league for his position bringing a legit 120+ game into play.

FADE OF THE DAY - the Lachie’s

Not a huge call given Neale’s price, but look for De Boer to go to him in this matchup. Whitfield is the sneakier, he is well priced and after his tagger went down early last week he put on a fantasy clinic. Last year in the final Brisbane tagged him with Robertson, who isn't in the team on this occasion. Be wary of the Lions doing the job with someone else. 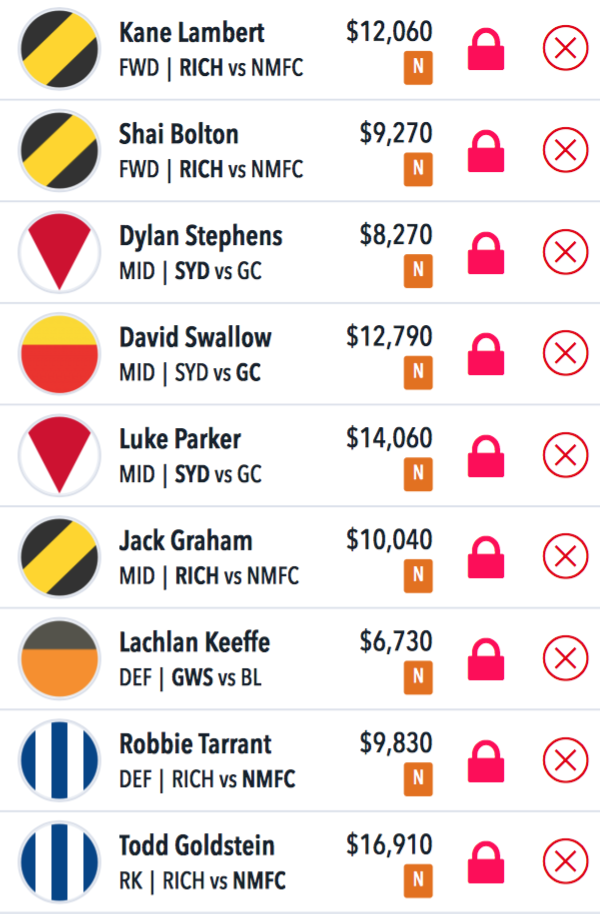 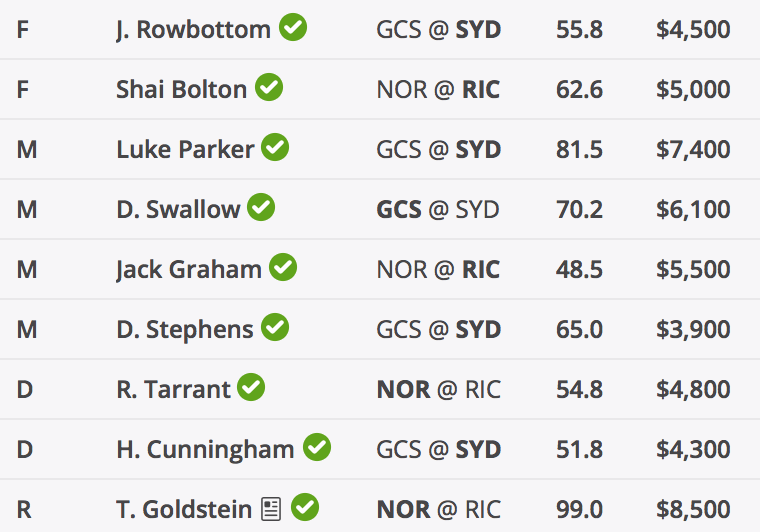