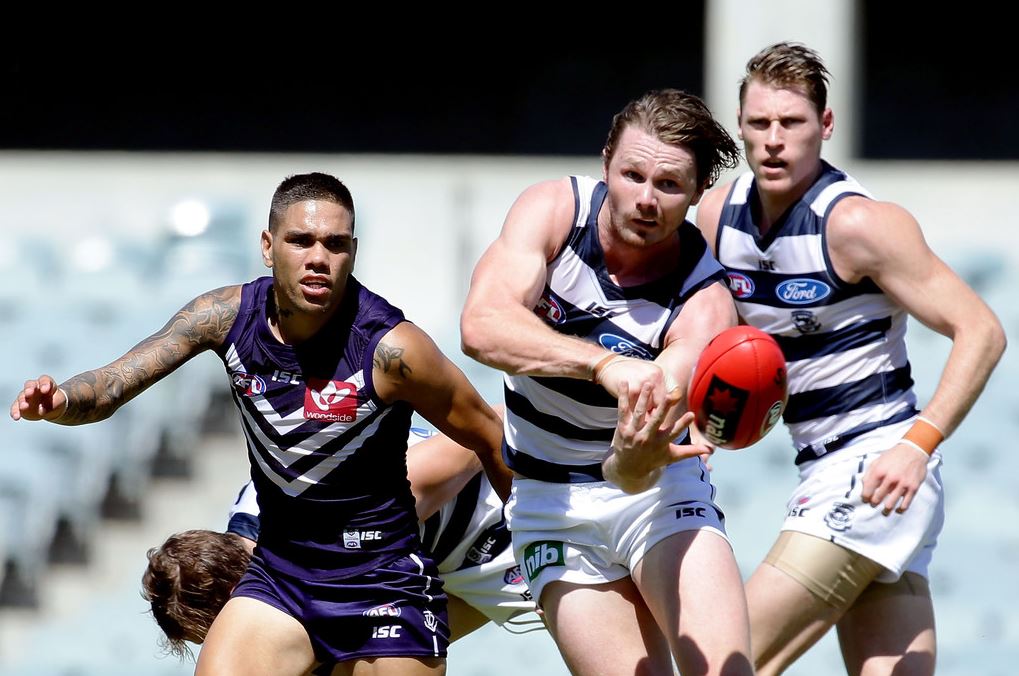 It has already been a big Round 8 with big injuries to key players on Sunday but the action continues on Monday Night! The undermanned Cats face the Dockers at Optus Stadium. As usual we have several monster daily fantasy contests on offer: 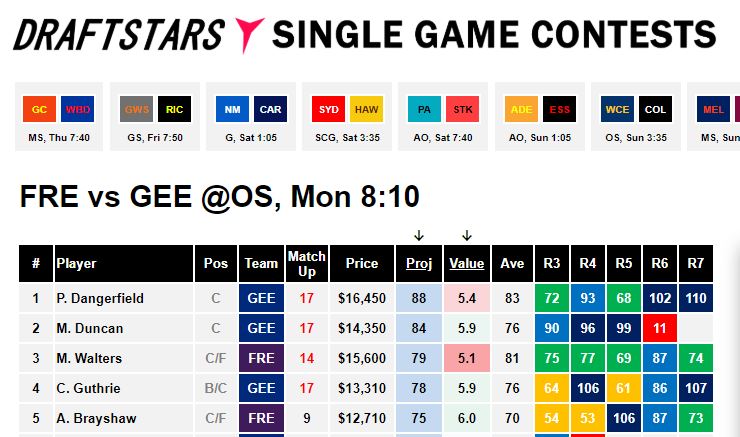 The low total of 113.5 (as of Sunday) indicates that the earlier rain forecasted for Perth will make conditions tough even though the game starts in Perth at 1810 AWST. It seems no matter which state AFL is being held; the rain has played a part in July.

Geelong are missing key personnel with Gary Ablett back in Melbourne for personal reasons, Joel Selwood out with a hamstring and along with Jack Steven, Jordan Clark, Darcy Fort and Luke Dahlhaus all out for the Cats.

Looking at the Player Out tool (available here) there are some significant bumps that Cats players receive when a certain player is out.

Geelong through 2020 either restrict or score heavily to against their opposition which can be seen in the weekly points against. However, Collingwood gave the Cats are bit of touch up around the ground in Round 7. Fremantle apart from their remarkable win against the Saints in Round 6 have been on the end of some serious fantasy points drubbings, with the Eagles last week and the Bombers in Round 1 showing that teams can score heavy against the Dockers. 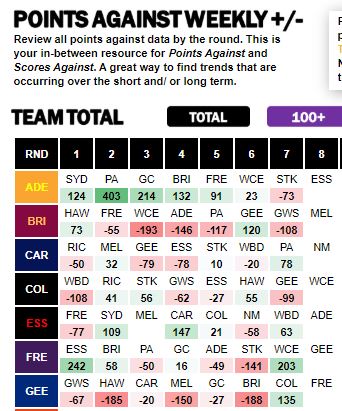 The Ruck situation at the Cats is dire with Esava Ratugolea named as the number 1 ruck with Mark Blicavs the backup. Do not be surprised if Blicavs takes the majority of stoppages however after he did the main role in Rounds 21 and 22 in 2019, scoring 85 and 82 fantasy points against the Roos and Lions. However, the Cats are struggling with opposition rucks fantasy scoring which means the duo of Sean Darcy and Rory Lobb could be in for a day out.

As for a overall season trend, the Cats as a team are averaging 301 disposals per match (ranked 4th) compared to the Dockers 277 (rank 16th). The low tackling numbers from the Dockers is a concern if the forecast holds true for a weather affected match. 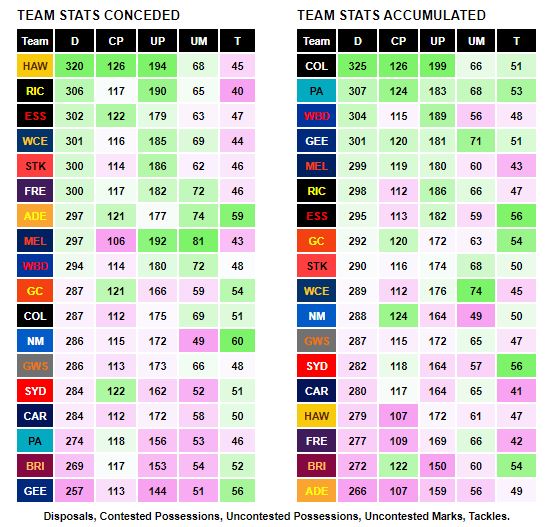 Any midfielder-forward on a single slate at the minimum is going to be popular and Close will be no different. The South Australian 21yo is a lightly framed Mid-Forward who was taken at pick 14 in the 2019 Rookie Draft by the Cats. Close averaged 16 disposals and 4 tackles for his SANFL side Glenelg, averaging 63 FP in 21 games. You will not miss him as he traditionally plays in the long sleeves.

Is this the breakout game Freo fans have been waiting for? Serong has certainly being given every opportunity with 65% of the CBA’s last round keeping the likes of Darcy Tucker out of the middle of the ground. But only 28 fantasy points against the Eagles will make many thinking twice rostering him. Another tough matchup against the Cats so this is a GPP play at best.

The like for like replacement for Joel Selwood, Constable has had to bide his time in the Cats reserves since Round 9 2019. Constable averaged 83FP in the longer format in 2019 and has a big point to prove for coach Scott and the Geelong faithful. Named on the wing but should get his fair share of CBA attendances first up.

Outside of Michael Walters, Brayshaw is the next expensive Dockers player on both sites and is at mid-priced value. With Nat Fyfe still missing with a hamstring, Brayshaw has averaged 88FP in his last three matches (leading the team). Some concern however is the declining centre bounce attendances with only 5 appearances out of 17 last week. Going to be popular as his price and I don’t mind it.

With Selwood going down and two fantasy tons in consecutive weeks, this is Dangerfield’s side now. However, this high price tag and a lack of value options will make ownership suppressed somewhat. 82% of the CBA’s along with 30+ possessions against the Pies makes Dangerfield the stud you want in your teams. Play of the slate and the most obvious one there is. 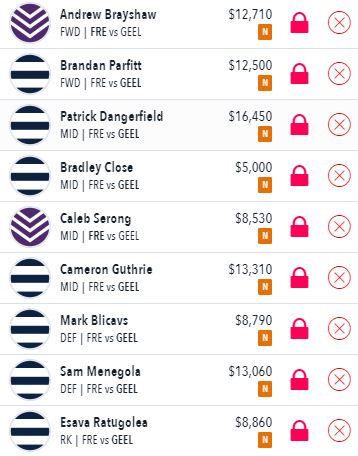 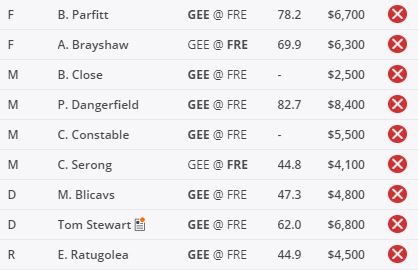