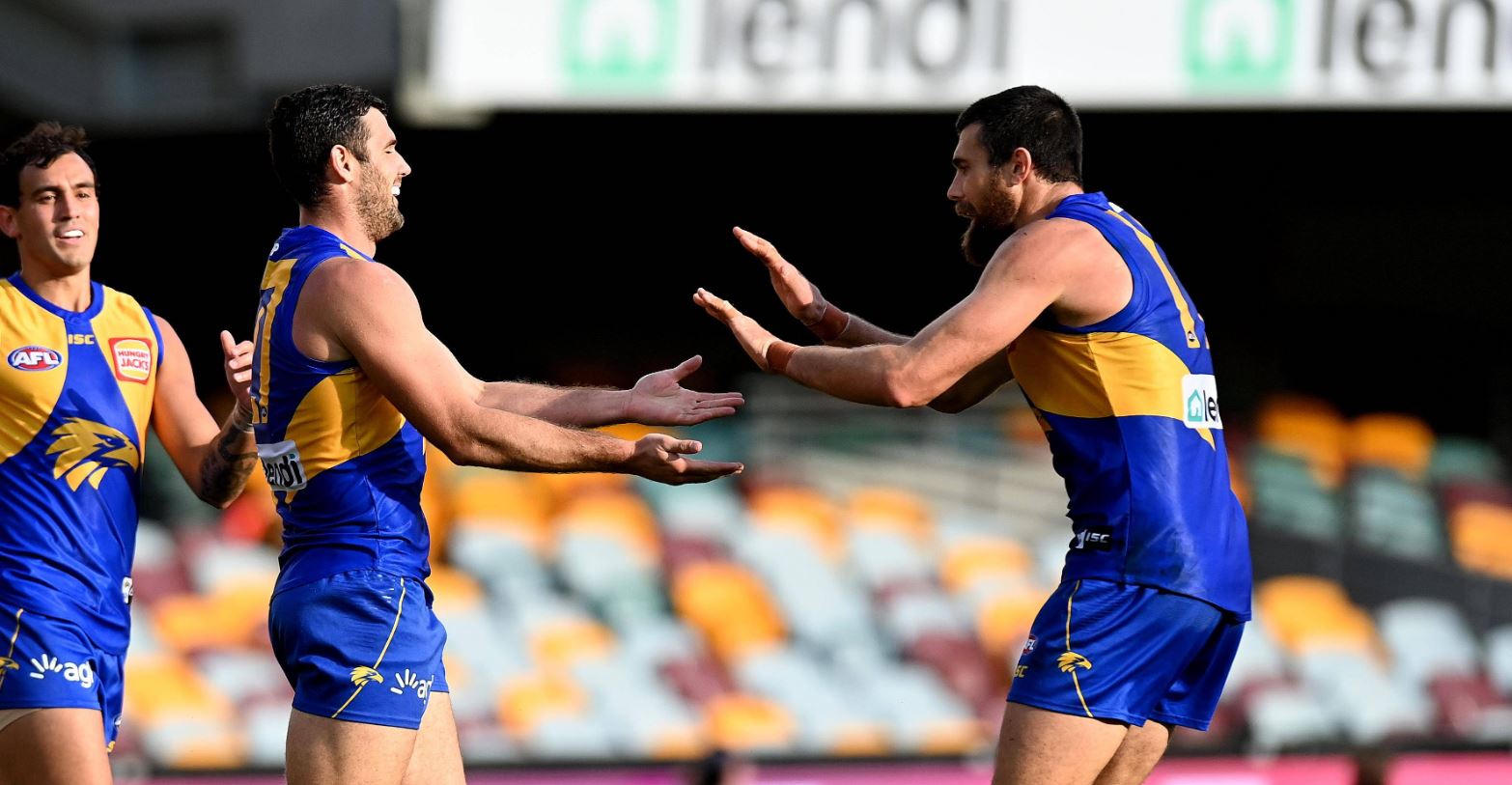 Bring on yet another fun 3 game Sunday slate for Round 8 of the AFL Premiership season. As always, the major platforms have us covered for a variety of DFS contests:

Good god the midfield is juicy on this slate. The top four teams for points conceded are playing in Adelaide, Melbourne, Essendon and West Coast. The Crows are the standout team to target giving up over +8.2 points per player above league average (over 2 points more than second place). This includes a massive 96 points per game to the top three scorers. Essendon game stacks will be very popular on this slate.

R.O.B. looks to be the obvious play on this slate as he draws what has been the best matchup in the league for rucks this season against the Bombers. While there has been a change with Tom Bellchambers coming back in, that shouldn’t result in much resistance with the Dons giving up 88 points per game to number 1 rucks this year.

The weather largely looks to have cleared up at game day locations by Sunday. There may be some brief showers, particularly on the Gold Coast, but nothing that should have a major impact on the game play.

Hold in that gag reflex while you are pulling the trigger on this one. Sure, those scores are far from pretty, however we are seeing Jones being used through the midfield. He had a massive 16 centre bounce attendances last week, which resulted in a measly 30 fantasy points… but still. He is likely to pop one of these days I will be having some exposure at small ownership.

He is back against and looking underpriced for the performance he put on through two games this season where he posted 50 and 64 fantasy points. Over his interrupted career he has shown the ability to put up fantasy points in the Collingwood back line, which loves to possess the football. Again, this slate has no clear value plays so finding other sources of savings will be critical.

This is more of a slate dictating who we play type of selection. Both Hibberd (64 points) and Laverde (65 points) have shown GPP winning upside for their price point this season. As I mentioned above nothing stands out as an obvious value play on this slate and I would expect the ownership to be well spread. I love the idea of including these two in Bombers stacks to use the salary in other spots.

Sheppard has been on fire in recent weeks taking full advantage of the West Coast Eagles game style to rack up plenty of cheap possessions across half back. This matchup should be no different with the Pies giving up the 4th most points to the position this season. With West Coast back in the confines of their hometown, Sheppard has all but assumed top dog status in their half back stakes as he is now being found to set up more play with Shannon Hurn entering the very late twilight of his career.

Essendon midfielders against Adelaide. Say no more, love this price. There is a beautiful mid ranged combination you can go with the Bombers that includes McGrath (19 CBAs), Devon Smith (15 CBAs) and Parish (13 CBAs). Stacking up these three will not totally break your bank, which can be key on a slate such as this where there isn't an obvious spend down. In addition, these three all have the best matchup in the league for their position.

Well this is the best matchup in the league for ruckman this year. Set and forget ROB who has been dominating all comers with an average of over 94 points per game over the past three contests.

Lyons is typically my go to when the Lions are in a plus matchup through the midfield. Neale is looking too expensive and always has the possibility of a tag looming. However, Lyons flies under the radar and is as solid as a rock. With a season averaged of just under 89 points per game and a ceiling score of 106 points this week he certainly has the capability of paying off this salary in what is a very positive matchup against Melbourne. 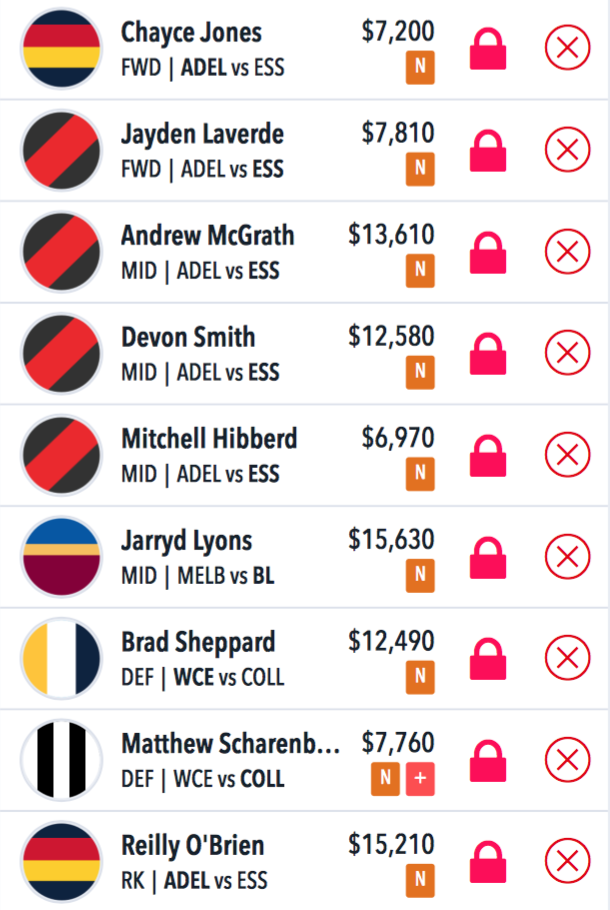